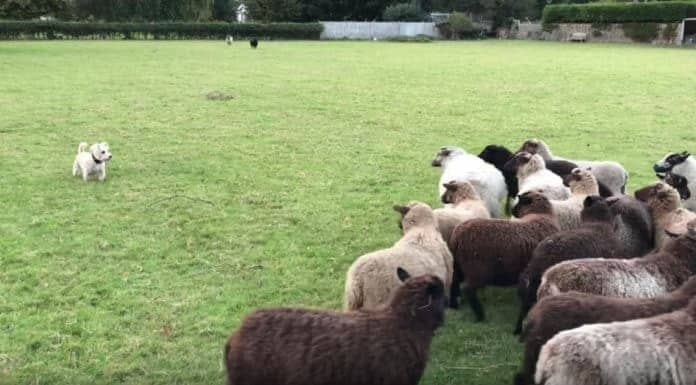 We all have watched videos of dogs with excellent sheep-herding skills. This video is not one of those.

Being a sheepdog is more difficult than it seems.

And Nelson, the Norfolk Terrier Cross, mastered the lesson the hard way when a flock of sheep started chasing him after he made efforts to herd them.

In East Sussex, this funny video footage presents Nelson’s bungled efforts to collect the sheep, which resulted in the disaster for doggy.

In the video, Nelson moved his tail rapidly to and fro as he runs across the group of sheep.
Initially, it seems that Nelson succeeded when the flock of sheep was collected together – but then they turn in sync to exhibit resistance to the small-sized pooch.

He told: “Nelson, a half Norfolk, half something else hound, likes to warn the sheep with a little hurry up.”

‘Unluckily not as much as the sheep love chasing him down!’

Watch the video below: