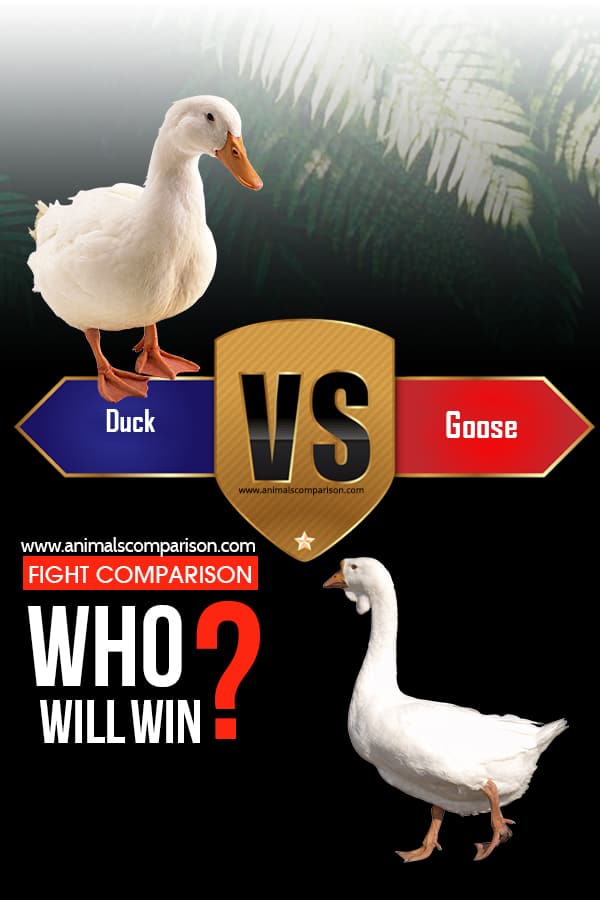 Loading ...
There are so many types of Birds, that look similar but there re differences between characteristics and nature. Go further to know swan vs duck vs Goose difference and fight comparison.

Birds and their biological families: 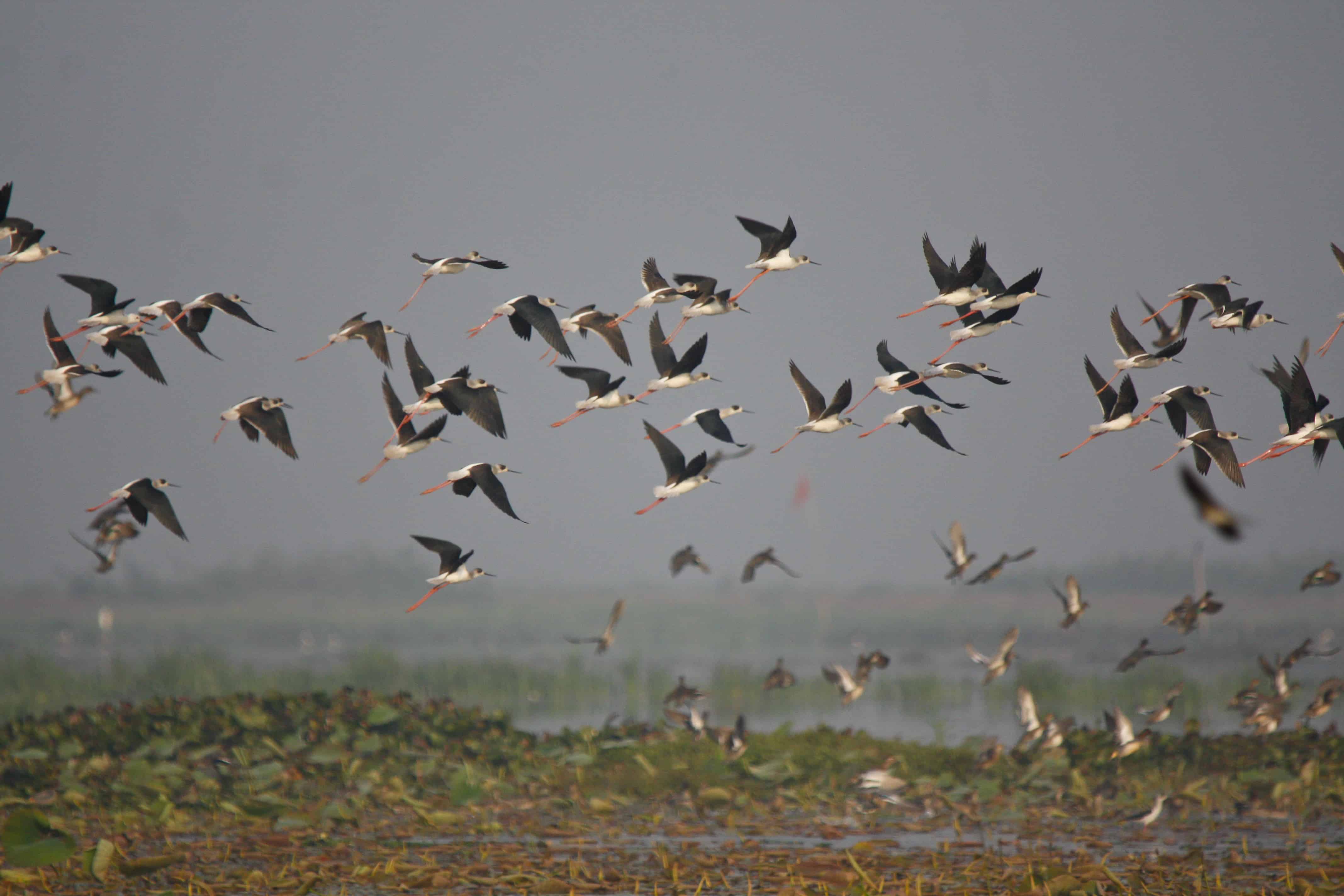 Nature has some of the most beautiful creations and among those are birds. These feathered endothermic vertebrates are all toothless creatures and differ in size. There are millions of biological families of birds, all with different colors, sizes, beak shapes, etc.

How many types of species of birds in the world? 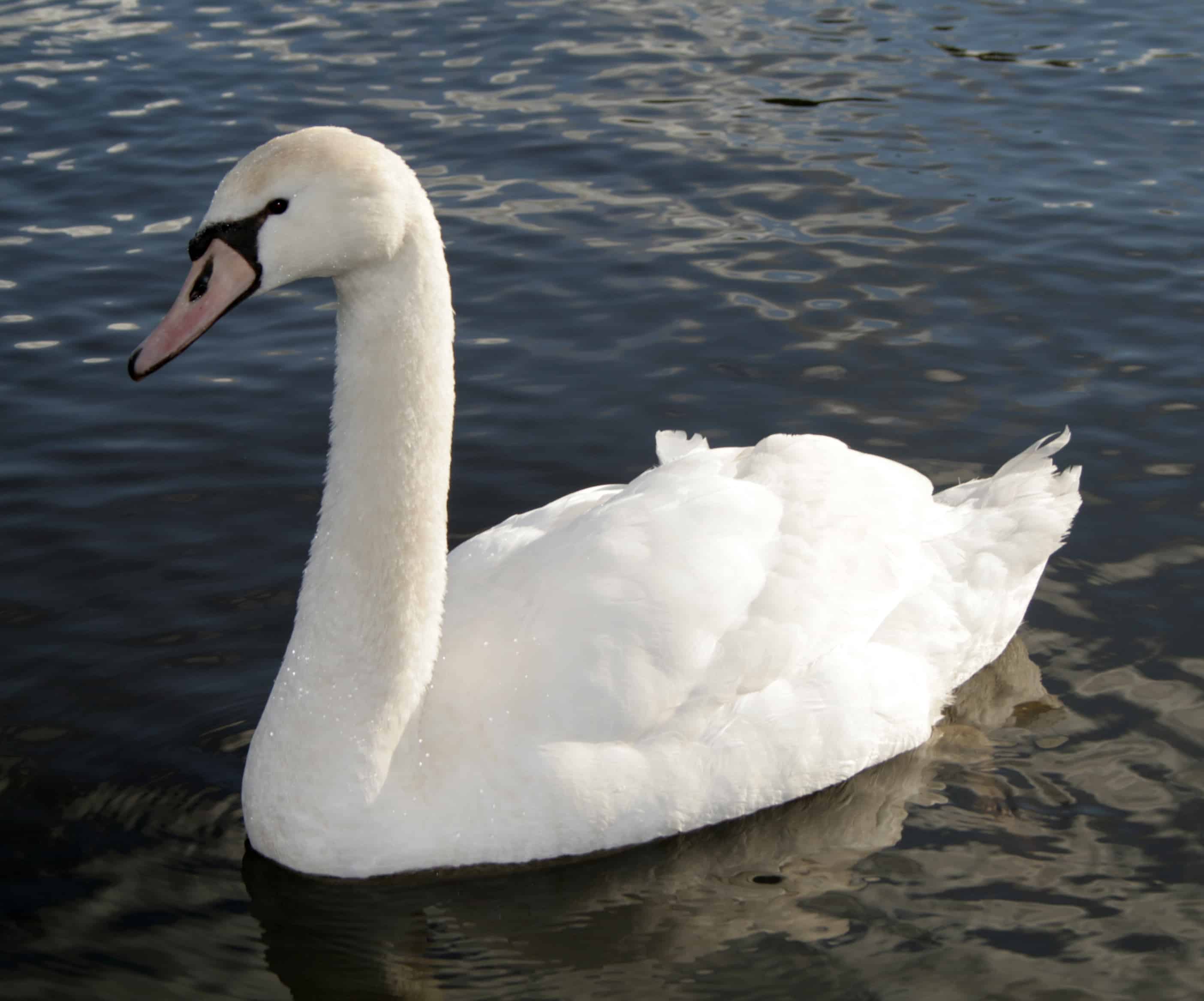 There are about 18,000 species of birds in the world. The natural family of water called the Anatidae includes the duck, the sawn and the goose.

What are some interesting facts about Swan? 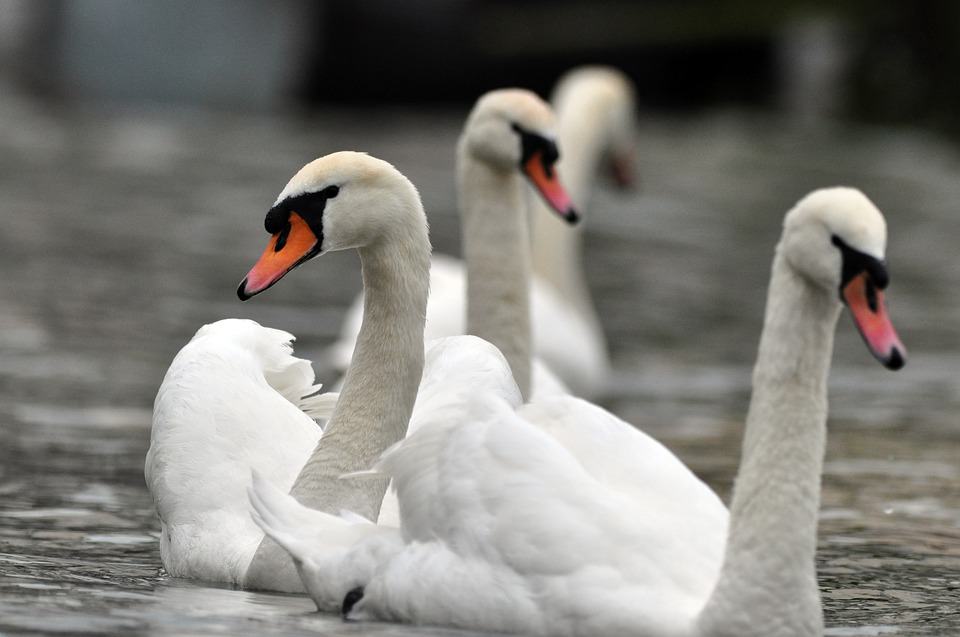 One of the subfamilies of the family Anatidae is called Anserinae. The swan is the most abundant waterfowl species of Anserinae sub-family. In scientific terms, the swan belongs to the genus ‘Cygnus’. 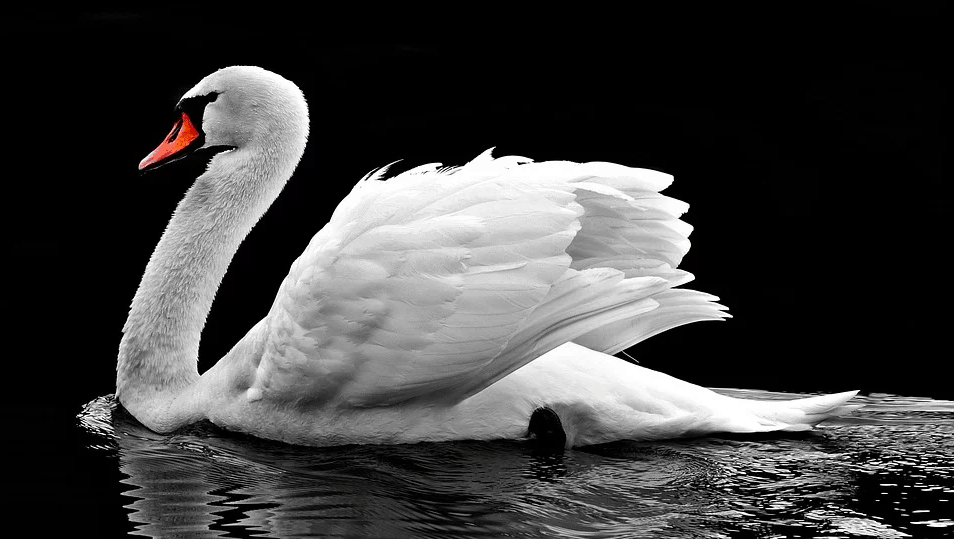 Swans have long necks. They are big-footed birds and are heavy-bodied. The big feet help them to glide when swimming. Their necks are outstretched while flying and they fly with slow wingbeats.  When the swans are at great heights, they migrate in V-formation or diagonal formation.

How does Swan feed on plants?

Swans are the fastest waterfowls both in the air and in water. Swans use the technique of dabbling in shallow waters to feed on the aquatic plants.

How do Swans reproduce? 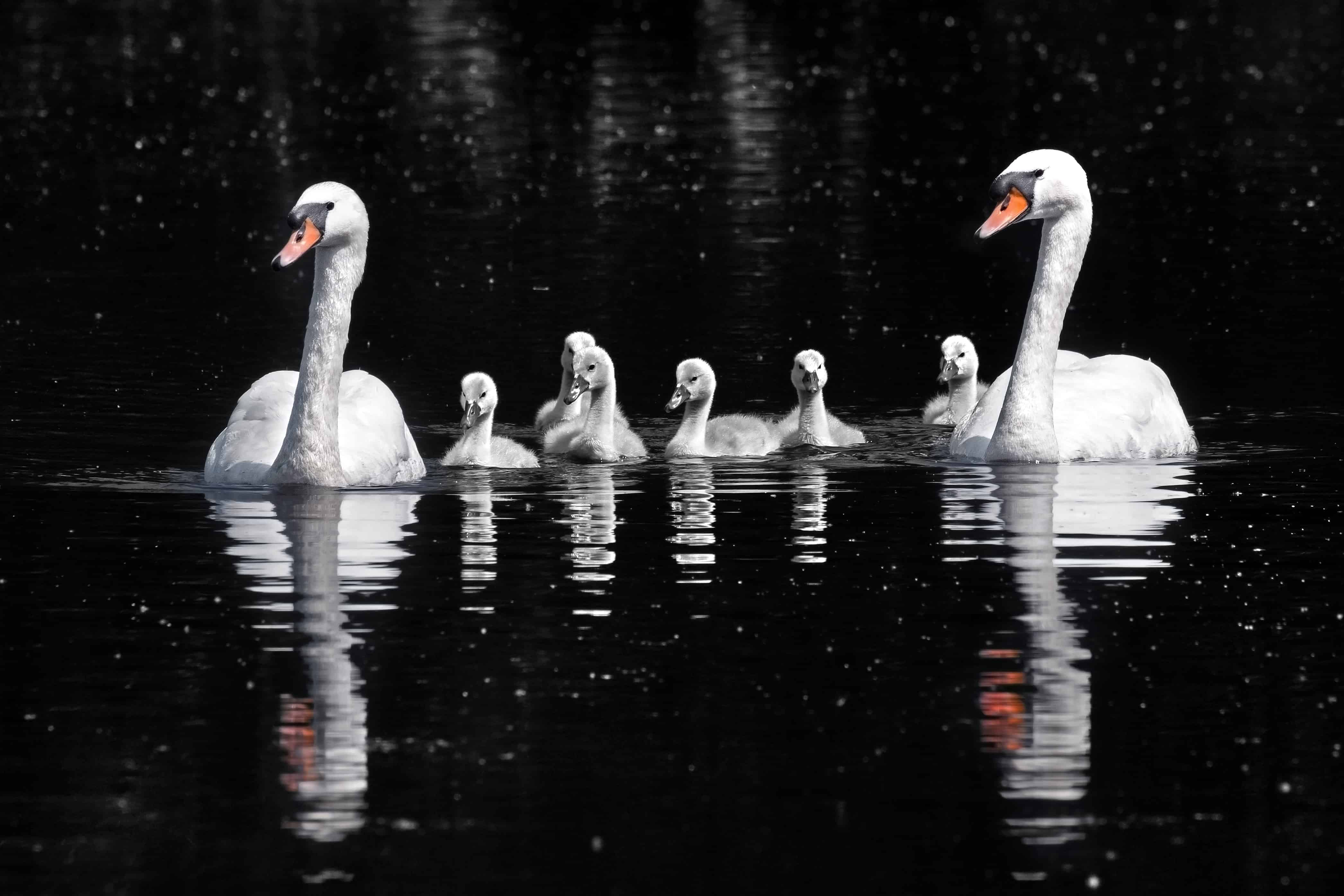 Male swans are known as ‘Cobs’, and the females are called ‘Pens’. Swans mate for life. The loyalty of swans towards each other is not only because of their feelings, but it is also a strategy is to maximize the number of cygnets they can raise together. The cygnets, after being hatched for a while gain the ability of running and swimming; however, they are tended carefully by the pens.

How long do Swans live? 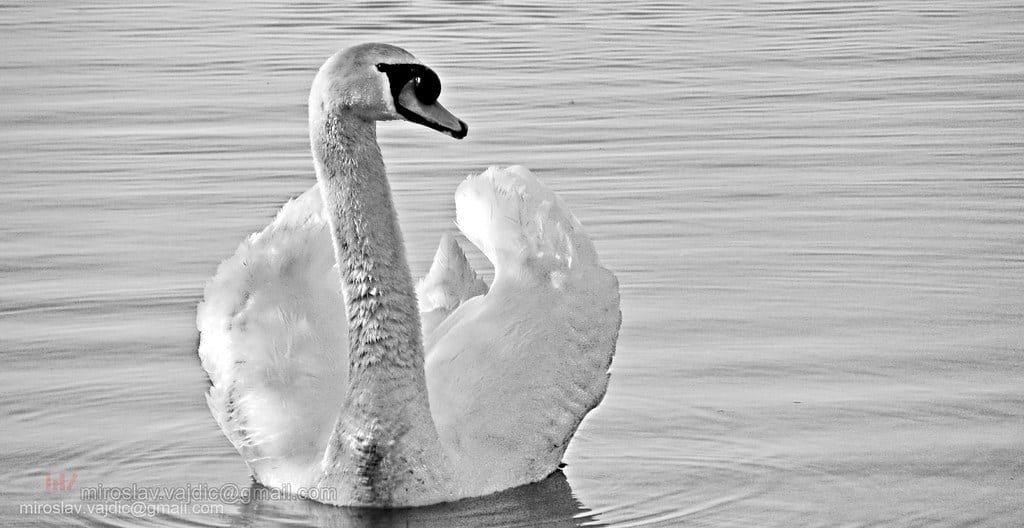 How many types of Swans are there? 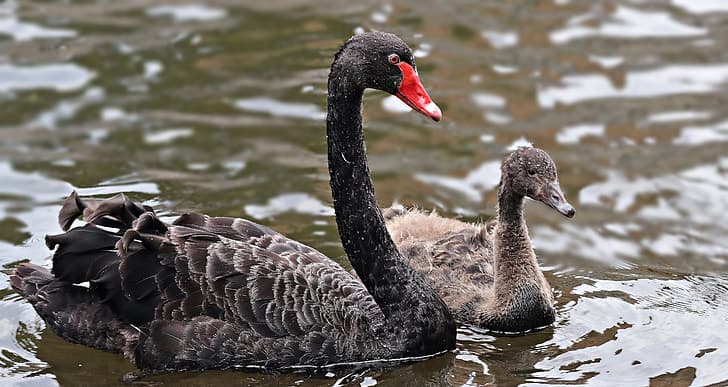 There are many kinds of swans which include the mute swans, black swans, whooper swan, trumpeter swan, tundra swan, black-necked swan, etc.

Is it true swans separate milk from a mixture of water and milk?

People feel it is a myth but if it does then it uses the osmosis process in his mouth, which restrains the milk in the mouth and throws out the water.

What are the interesting facts about Duck? 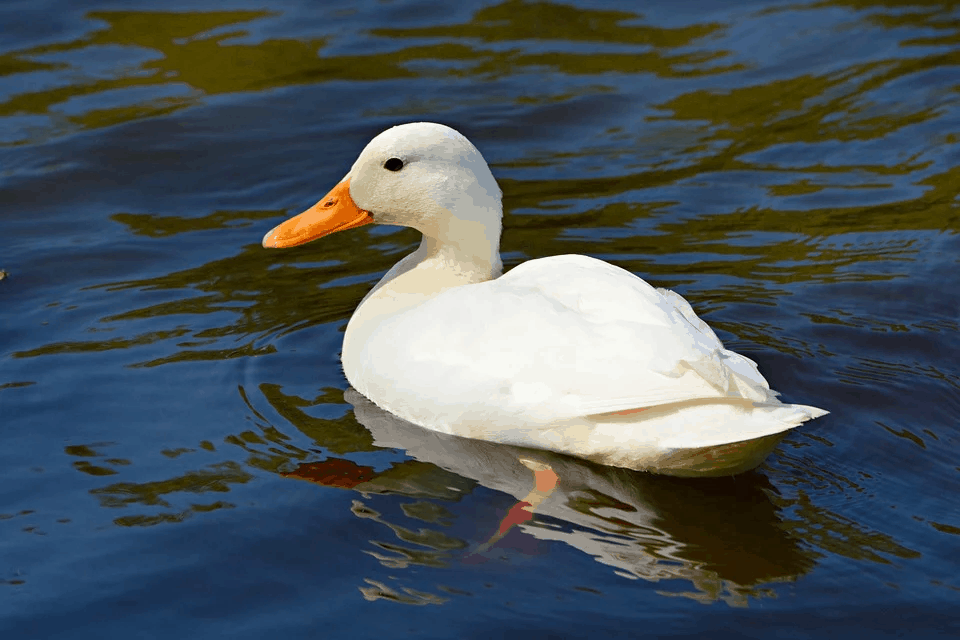 Where you found ducks in the water? 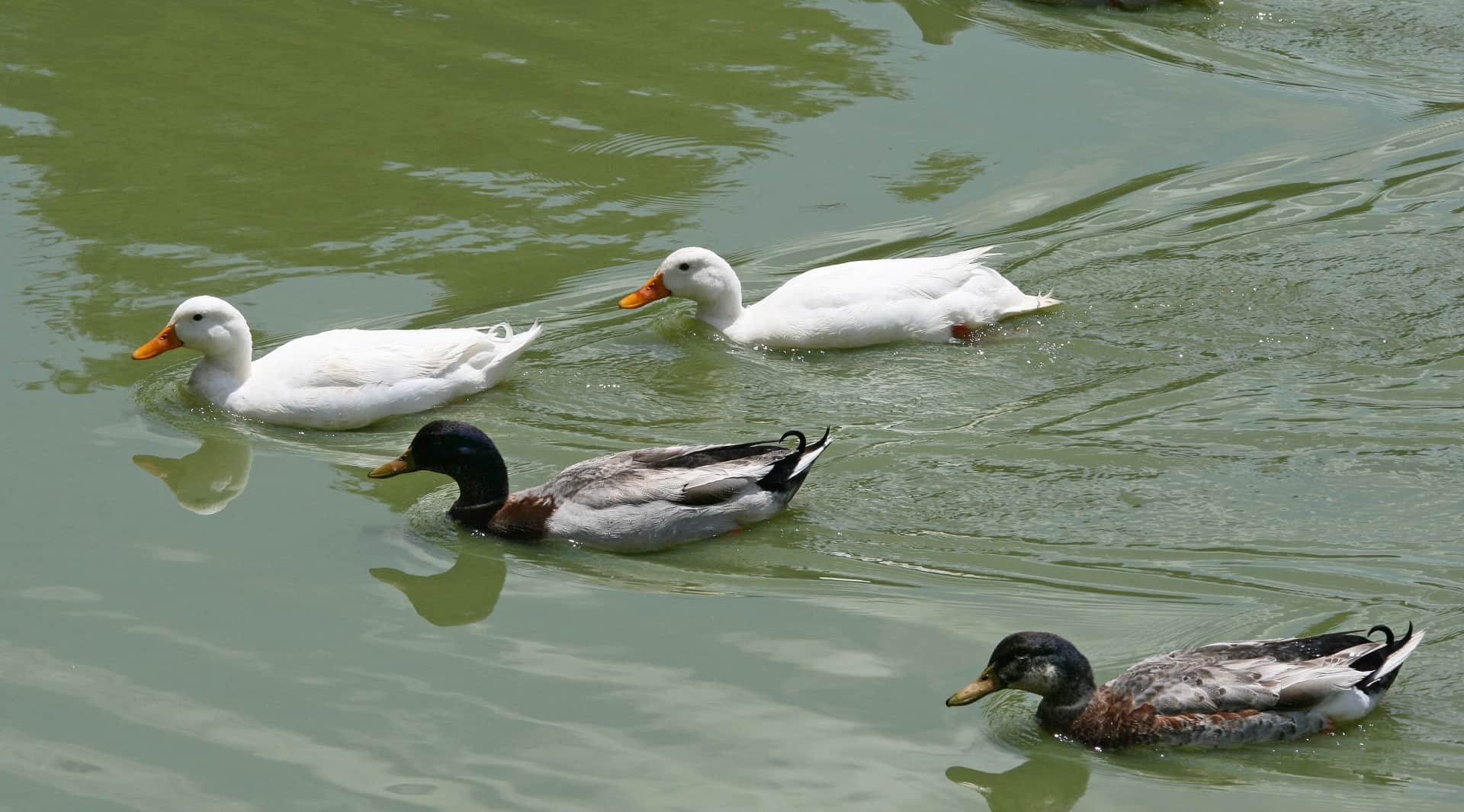 Ducks are found in freshwater as well as in seawater. As a result, they are mostly known as aquatic birds. A male duck is known as a Drake, and the female is referred to as a hen or duck. 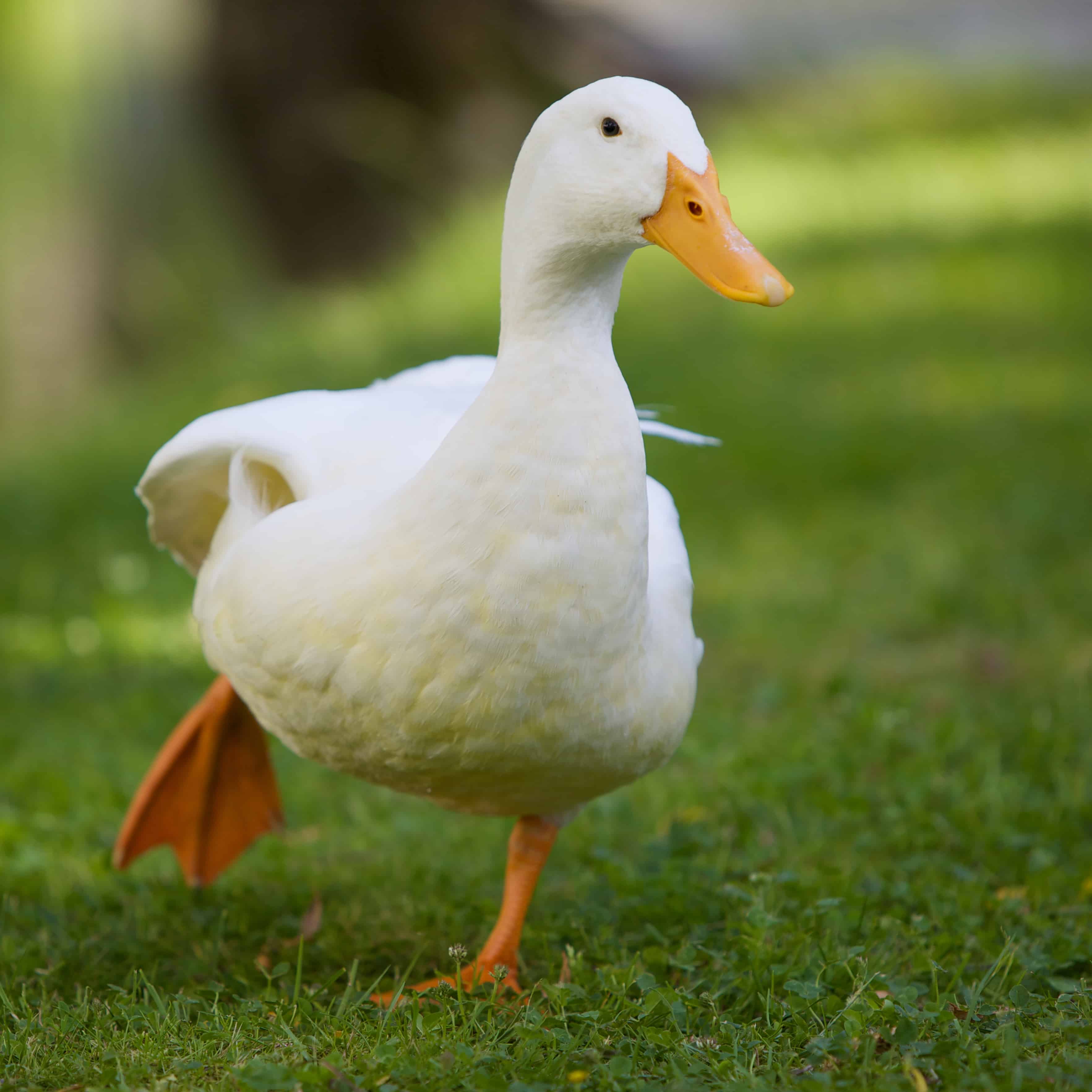 Ducks have an elongated and broad body. They also have long necks.

How many types of Ducks are there? 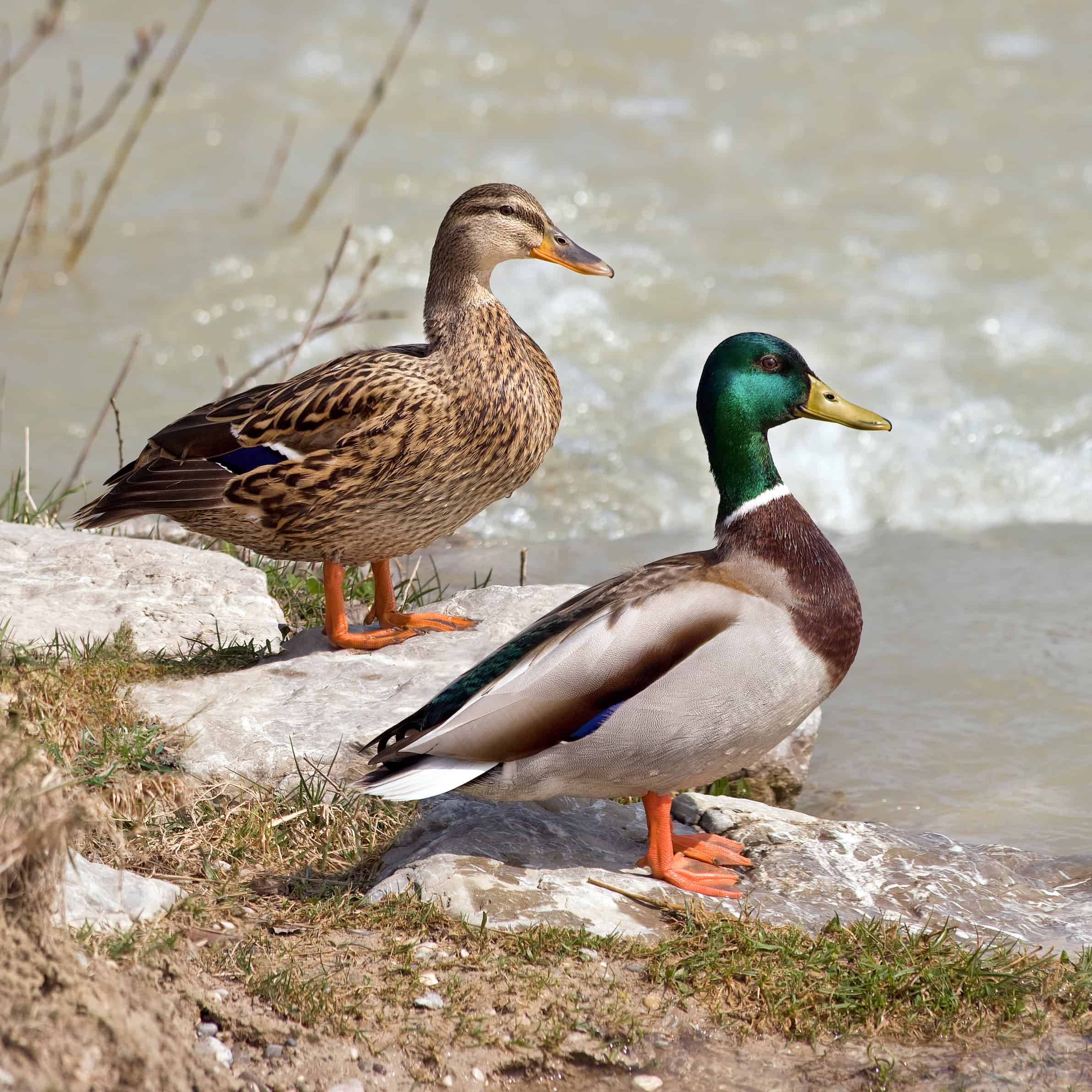 Ducks are classified into two types: Mallard ducks that are the wild ducks and Domestic ducks.

Domestic ducks are the ones that are kept as pets. They are also kept to get meat and eggs. For thousands of years, ducks have been farmed, and many are slaughtered each year for meat. The meat of ducks is more expensive than chicken meat.

Mallard ducks are large. They feed on underwater plants. They live in wetland habitats like lakes, rivers and so on. The males and females have differentiating colors.

How long does a mallard duck live? 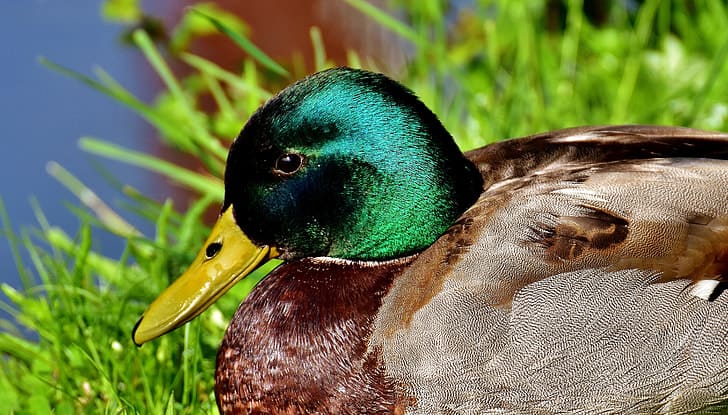 The life span of Mallards is around ten years.

What are the interesting facts of Goose? 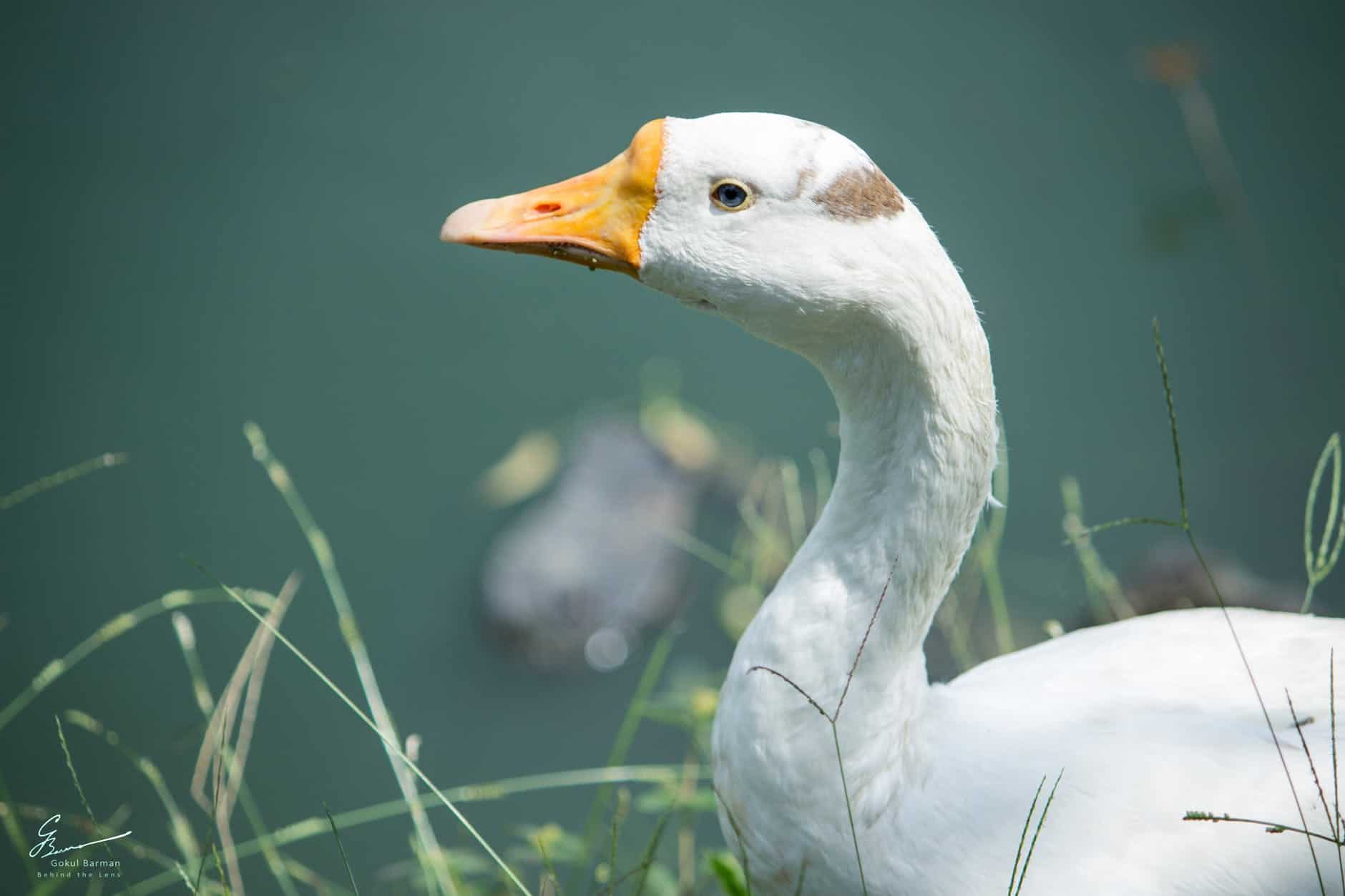 A goose, like a duck and a swan, is also a part of the Anatidae family. It is one of the several species of this family which also includes the genera Anser, Branta, etc. Goose, is, however, the name for a female while Gander is used for a male. The young ones of a Goose are known as the goslings. It is very rarely seen that birds consist of different names.

What are the different types of Goose? 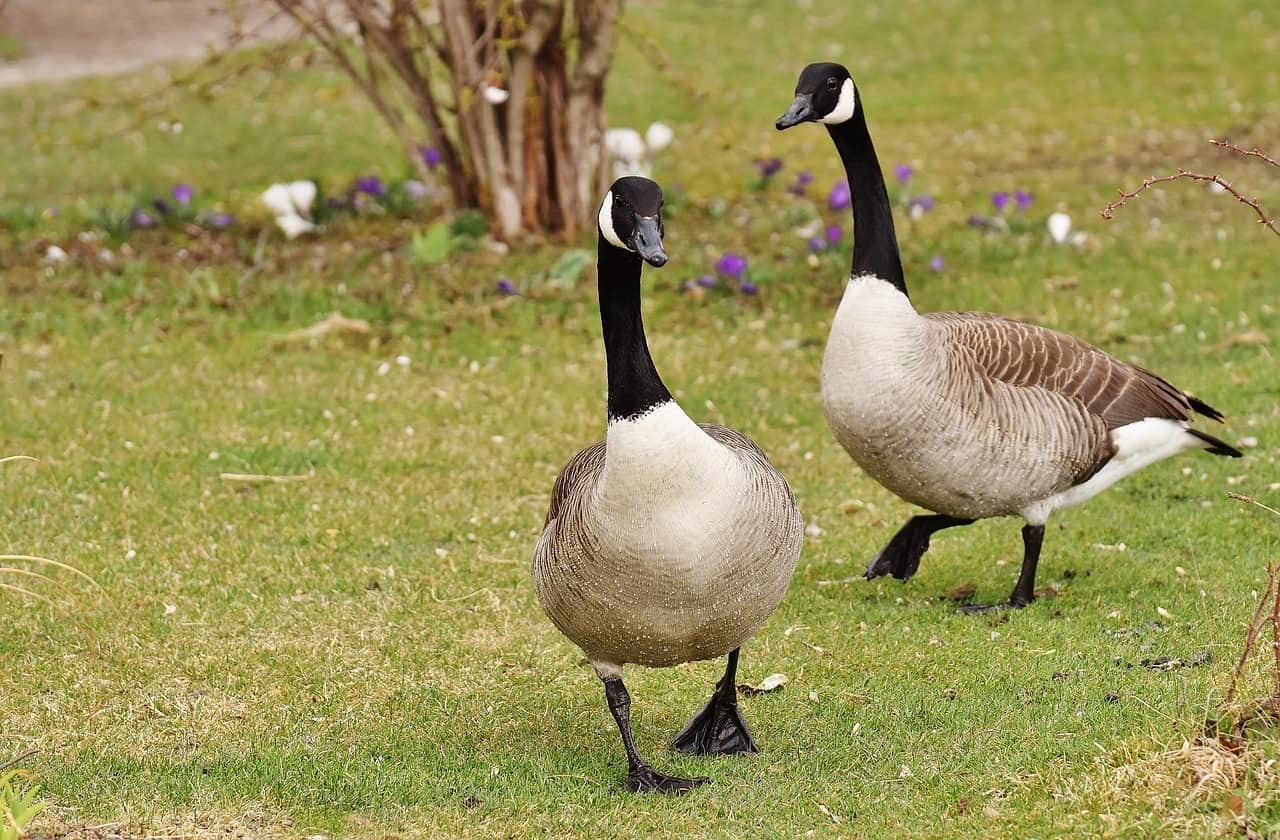 The types of geese are snow geese and Chinese geese. Wild goose does not have a different name. Humans also domesticate geese for their feathers, meat and eggs. Domestic geese are known to be very protective of their off-springs as well as other members of their flock. 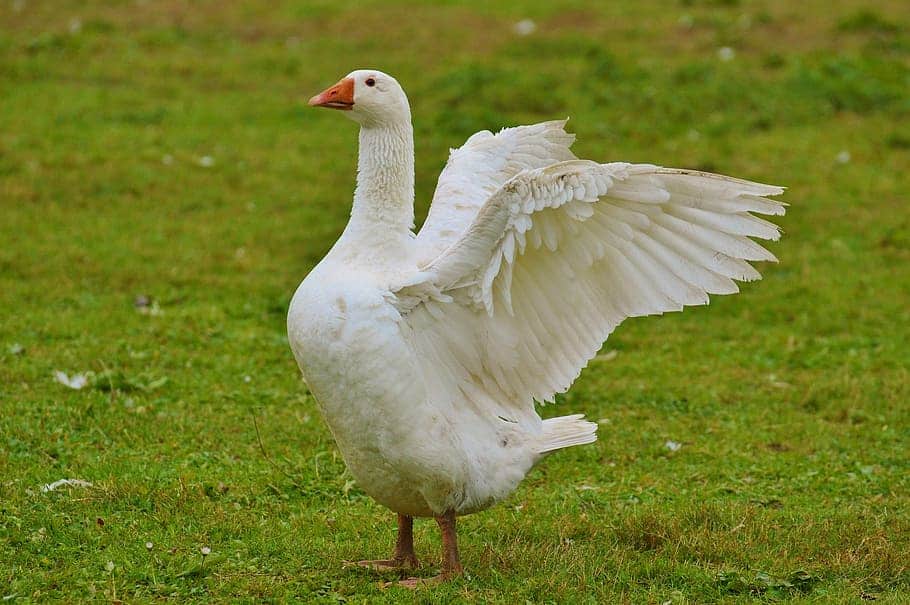 What long does a swan live? 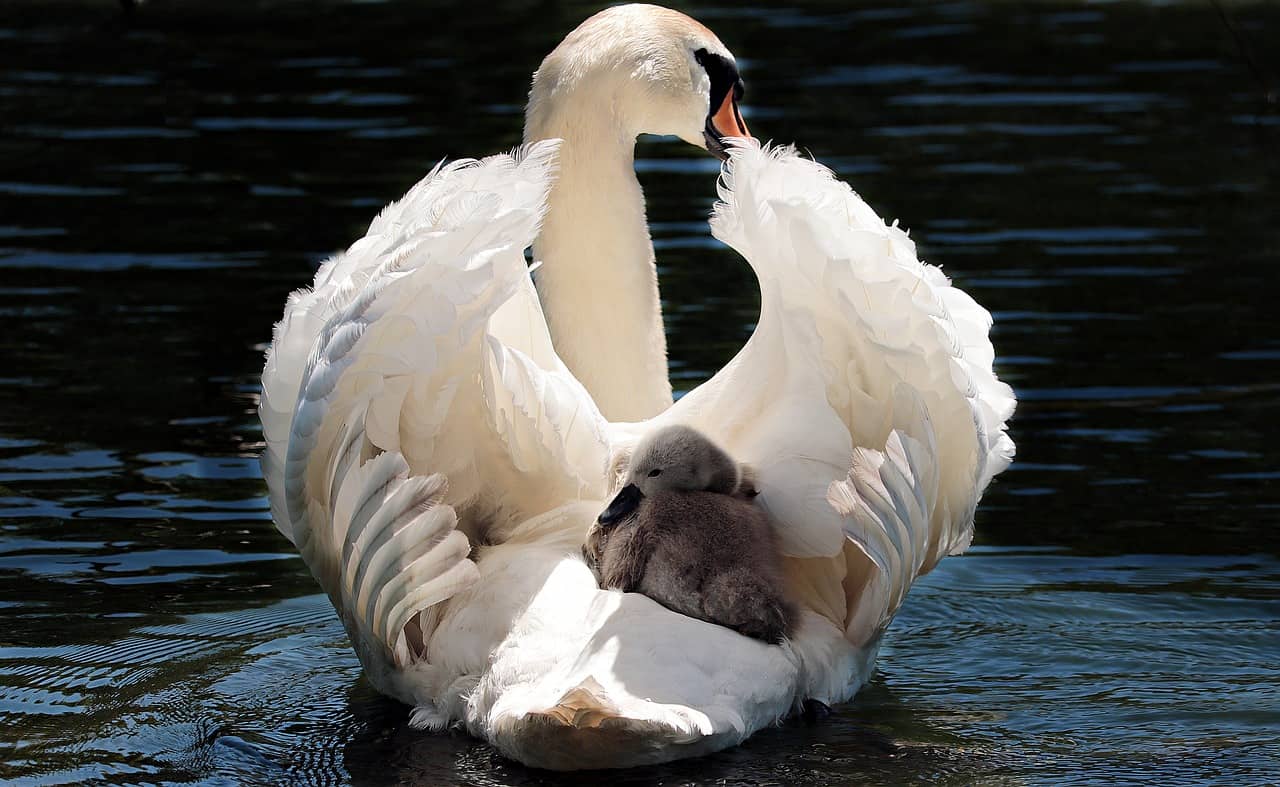 All three birds are familiar with swimming or floating on the water. There are times when they are also adapted to diving in shallow waters. That is why they are known as waterfowl birds. The majority of the birds in the Anatidae family are classified as ducks.

Ducks are the most common and hence they outnumber swans and goose. The necks of ducks are smaller than swans and geese. The swan is larger than the duck; swan and geese look almost the same, but swans are heavier than geese.

Geese and duck contrast on the fact that geese rely on shrubs and grasses whereas ducks eat insects, small fish, worms, etc. Swans too rely on waterweeds and shrubs to feed themselves.

The lifespan of swans is the most which are 10-50 years whereas the lifespan of ducks is only ten years and geese live up for up to a maximum of 24 years. All three birds are beautiful and almost similar in appearance.

I hope you like comparison and difference between swan vs duck vs goose.

Goldendoodle Vs Labradoodle Which Is Better?

Alaskan Malamute Vs Siberian Husky Which is Better?