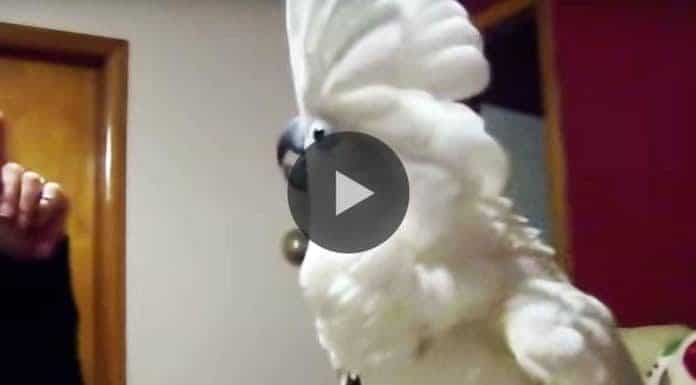 If you had believed that the babies could only throw tantrums, you most definitely had not watched this sassy cockatoo doing his performance. In the popular YouTube video, that had been viewed more than 2.5 million times, Bella the white cockatoo talks about it with the mother of the video-maker, who tells the cockatoo, “I do not want to hear it!”

In this funny clip, Bella begins shaking her head and squawking – her long, gorgeous beautiful head feathers proudly stand up straightly. The bird is definitely responding to the woman, although what this feisty little woman has to talk is not entirely understandable.

“At one time, it seems like she is copying the woman, saying, “I don’t want to hear it,” but she continues saying that seems like, “Nah Nah Nah Nah” as the woman lets her know, “You think you are always right!”

How both of them got into the fight is not told, but the funny moments that resulted are not different from what you may be hearing from the babies at the house – or teenagers for this matter.

Make Sure to Check Out the Hilarious Video Right Now!