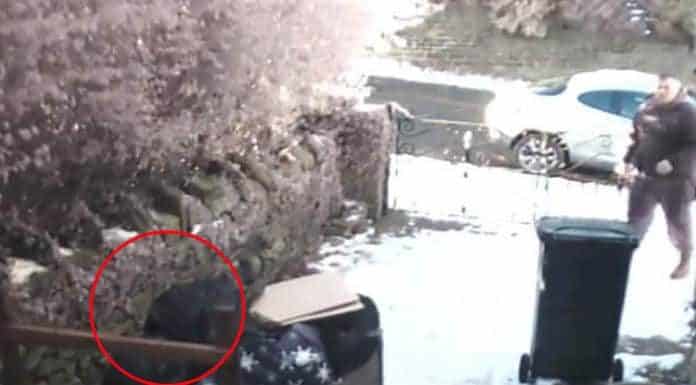 A common sight is that people walking across someone’s yard see something catching attention that they do not mind trespassing the property and becoming a thief.

A thief came into this yard to steal and received a good surprise. It was caught on the surveillance camera. This was his second trip and he was greeted by Bonbons and Shelbie, a German Shepherd and a bull mastiff guarding the home of their owners.

The footage was in the hands of the police, though the fact is not known if the robber was caught or not. However, the two heroes received rewards.

Watch the video below:

Have you seen something before and what is your idea about this video? Will your dogs also protect your home similarly? Write without any hesitation and comment in the section below. Share this video as it is interesting to know your companions are the best.