A documentary, called “Castaways”, is a documentary series that presents us the stories of the successful rehabilitation program of confined persons that tame unadoptable dogs for re-introduction or adoption. This series shows us the hardships faced by both unwanted dogs and the prisoners, and also shows the unusual union between the two persons. The result of this relationship is life-altering for both of them, and heart-melting for us to witness.

The video posted below displays the journey of a dog, namely Esther, who was extremely abused in a puppy mill before he was rehabilitated through the Prison-trained K-9 companion program. It was so hearting touching to witness a prison inmate Jason developing an adorable bond with Esther and finally saying his “toodles” to send her to a better place.

This program should most certainly be put into effect in more prisons in the whole world. 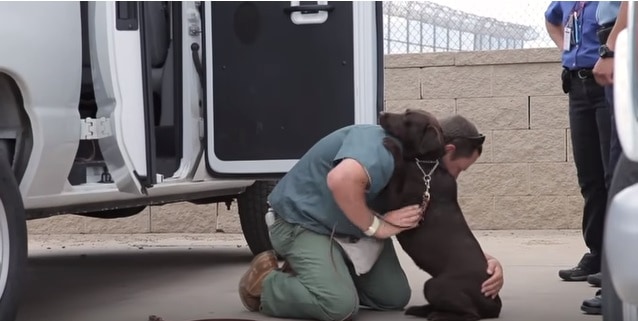 You can view this adorable story in the video posted below: