If you think only humans are talented, well, get ready to be puzzled. We brings you the most talented animals in the world. But before we begin, leave us a comment on who you think should make the top 10 list?

This African grey parrot squawked to fame after winning a performance on the Animal Planet game show Pet star. Having a vocabulary of more than 200 words and sounds, she performed nearly half on a cue, with her trainer, Stephanie White.

Einstein knows about 70 sounds and words on cue, and the rest she does on her own. Among other things, she is able to mimic a monkey, a skunk, a crying baby, a spaceship, and an ambulance. Talk of the ultimate mimicry! I bet you could even have a conversation with Einstein. 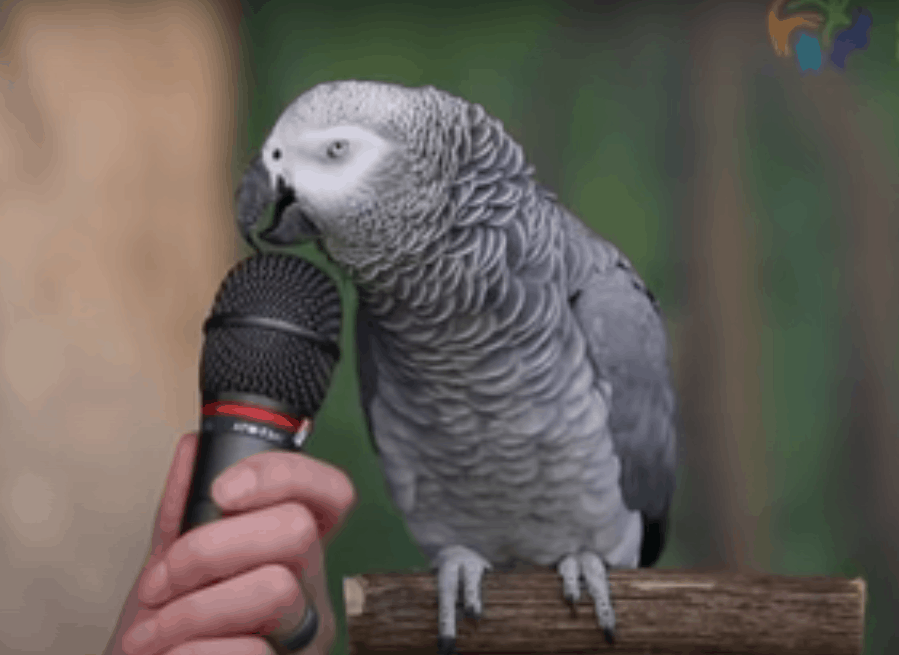 Cats, just like humans, could be trained to do tricks.

Trained by mother and daughter, the Savitsky Cats are an epitome of what time and patience could do to a cat’s mastery skills. These cats are exemplary at jumping through hoops, scampering up a pole, and dodging through ladders. 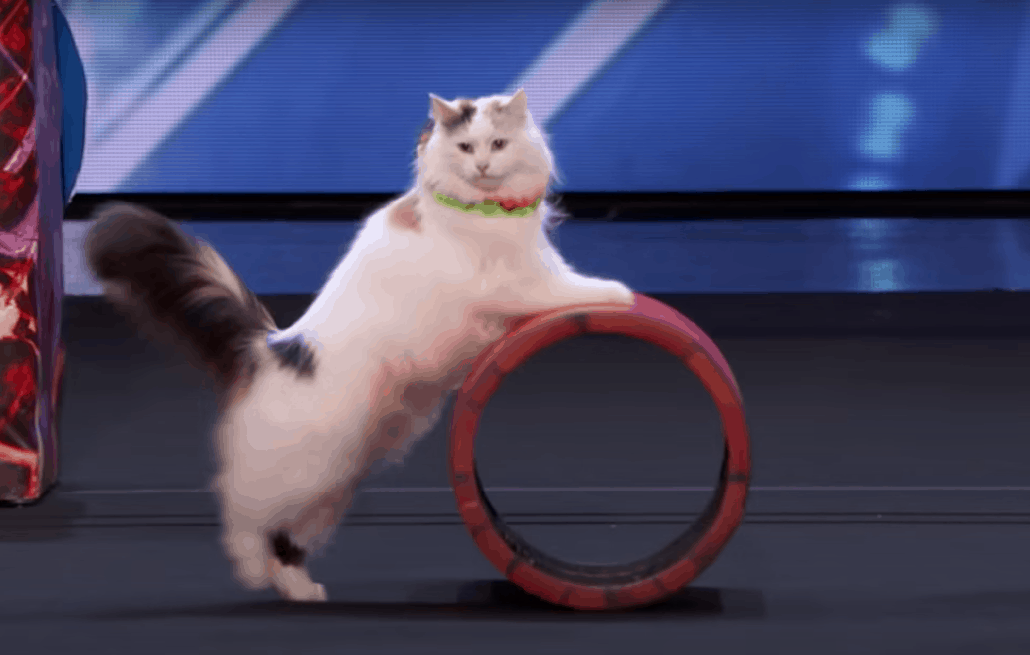 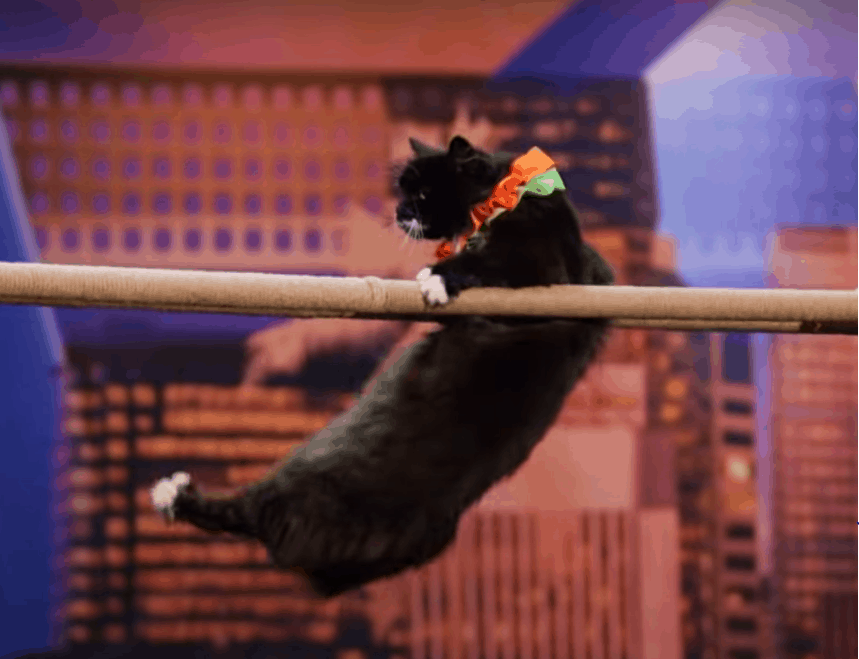 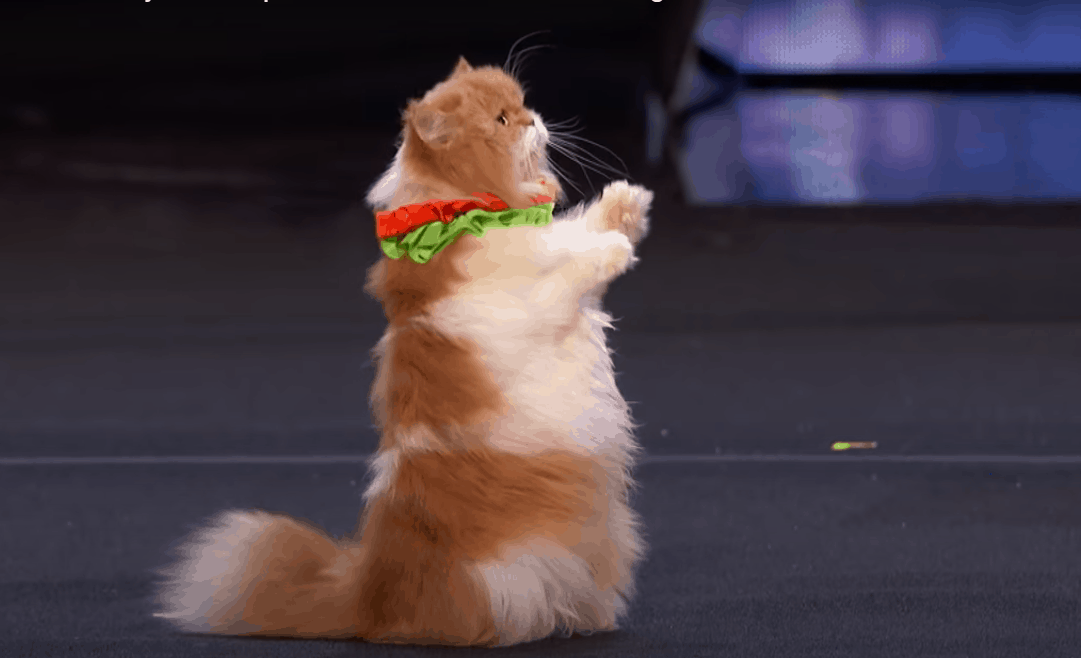 One can also jump from a height of 20 feet above its landing platform which was just a pillow, so much for assurance. Now 20 feet is impressive.

The Big Apple Circus has also featured live shows of cats engaging in acrobatics and other death-defying acts. According to the Savitsky trainers, besides time and patience, cat training requires you to observe their natural behavior and gradually improve it to the level you desire.

If you’re a pet lover, understanding the basic feline nature can sure get your companion to take on different commands and eventually become a circus mastermind just like their Savitsky brothers.

Didga, which is short for Didgeridoo, is a rescue cat from an animal shelter in Australia trained by Robert. Didga is able to perform tricks varying from high fives, to rolling over, to jumping over a bar while on a skateboard. 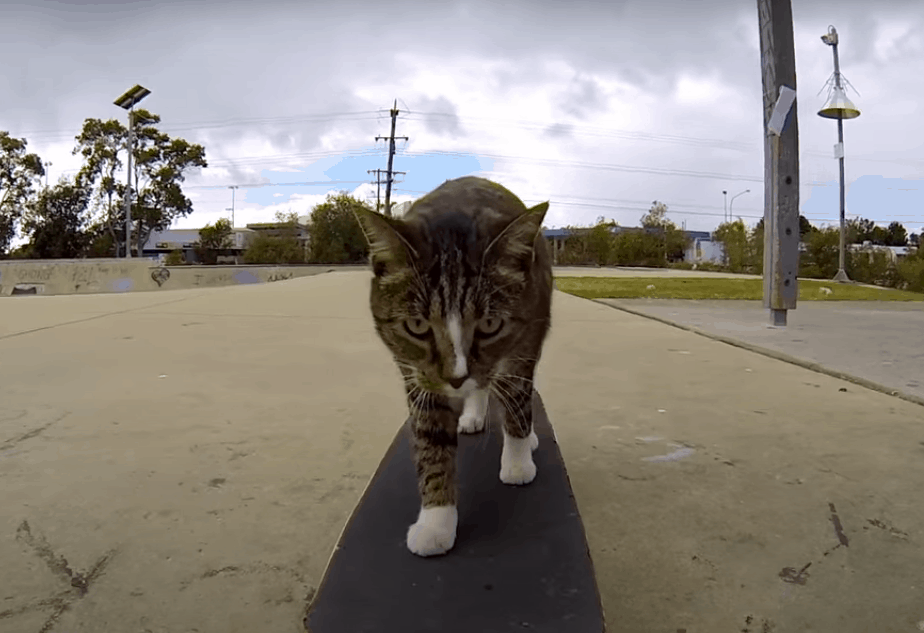 This adorable kitty has set a Guinness World Record for the most tricks performed by a cat in one minute after successfully performing 20 tricks in Tweed Heads, New South Wales, in 2017. The pair have had amazing achievements since then, with Didga breaking her previous record after registering 24 individual tricks under a minute. If this isn’t natural talent, I don’t know what is. 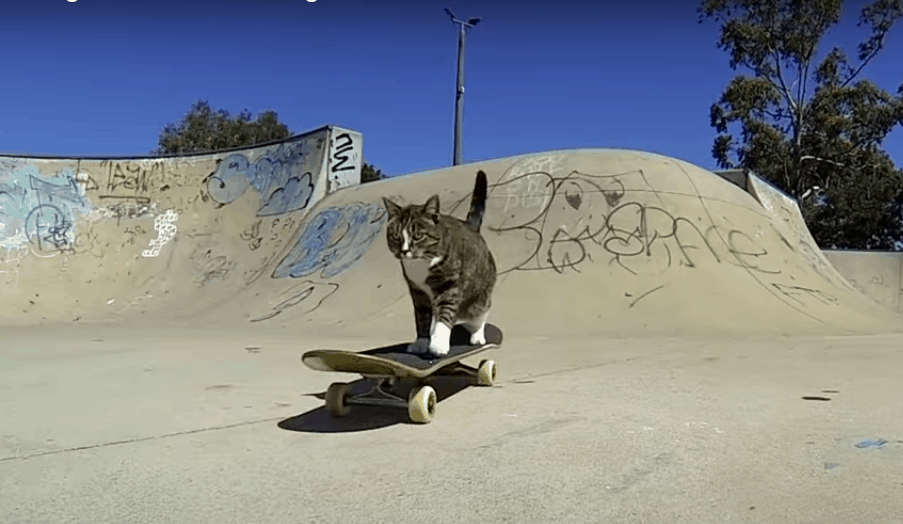 4. The Elephant Artists of Thailand

As you spend incredulous amounts of hours perfecting your talent, Thai elephants are perfecting their painting as well. You might want to be on the lookout just in case they beat you to it.

Elephants are magnificent creatures. Their size and grace are breathtaking and peaceful to behold. With elephant tourism being extremely popular in Thailand, the Maesa Elephant Camp has been credited with pioneering the ‘artist’ elephant concept. They have trained and perfected their uncanny ability to paint though elephants are high intelligence animals.

The idea of a wild animal standing still and focusing on a painting is entirely bizarre. These elephants would first master the art of holding a paintbrush with their trunks, succeeded by learning to deep their brushes into paint and drawing.

What could be more astounding than watching an elephant use his trunk to paint a flower? 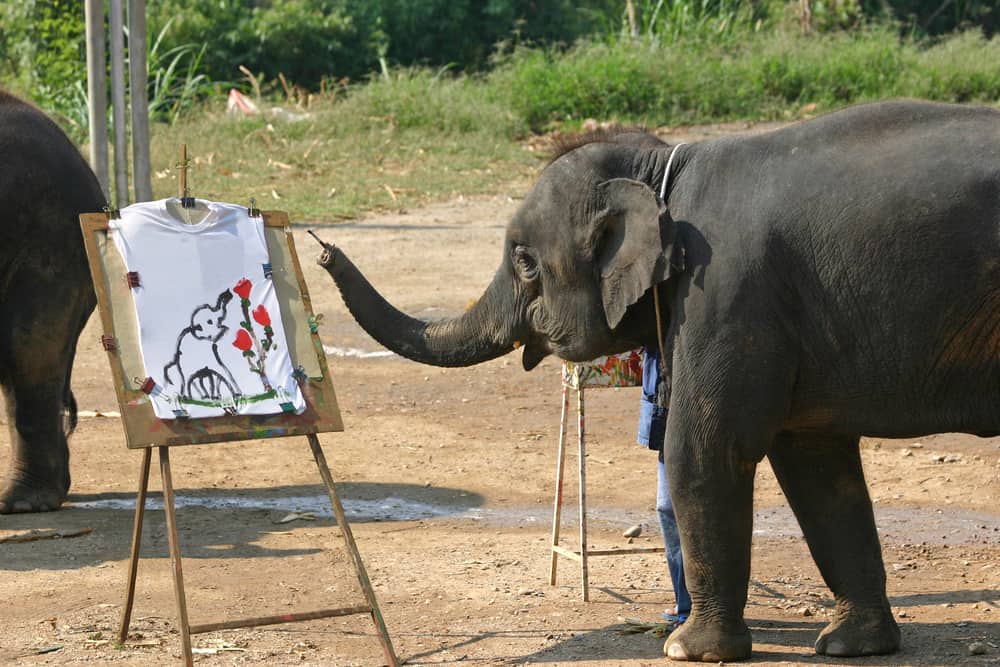 If you are a fan of America’s Got Talent you have probably seen an episode of Jokgu playing the miniature keyboard.

Well, at first, Jokgu didn’t seem to pick up on what was going on but after she was done with her chicken business, she sure gained composure and stole the limelight. Jokgu successfully pecked on the keys playing along with the background music until the song was over. That sure must have been an impressive performance.

However, Jokgu did not play entirely like the human pianists do. Instead, she followed a red light appearing next to each key. Even so, how many animals with superior intelligence to that of a chicken can keep up with playing a piano note by note without missing a key? 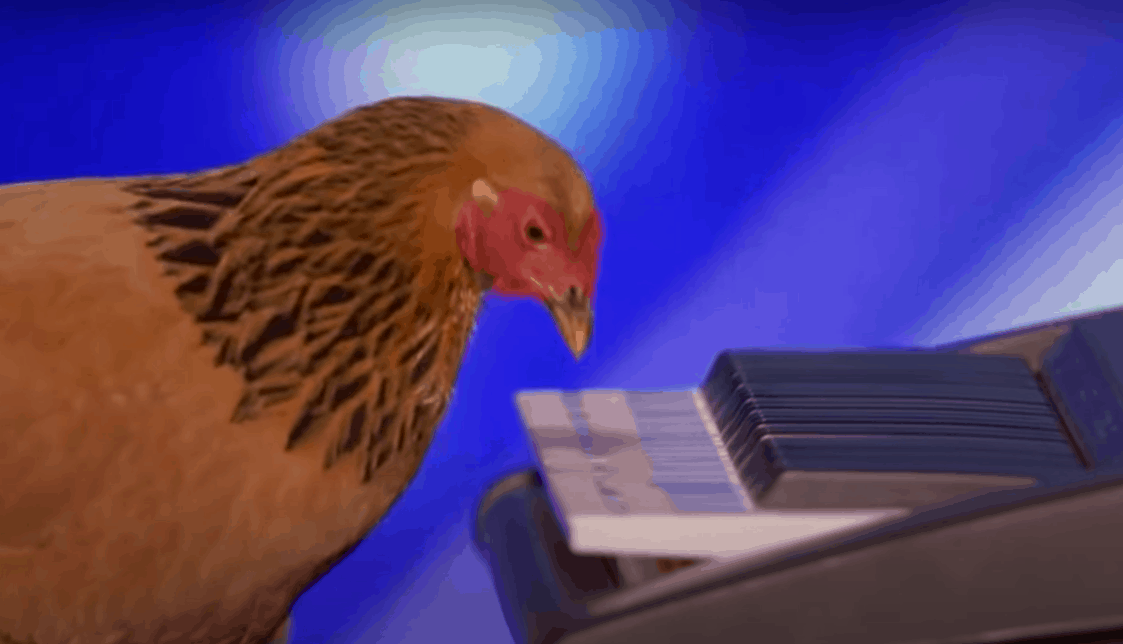 If playing the piano has ever been your dream, I suggest you get down to it now, a chicken can learn it so can you.

Skateboarding is a great sport but becoming a master of it is hardly easy. Among other things, you sure need some guts to pull it off.

Dogs, on the other hand, have been able to master the skill of balance and speed to ride a skateboard. In its literal sense, who let the ‘dogs’ out?

Tillman, an English bulldog in 2009 set a Guinness world record as the fastest ever known skateboarding canine after he rolled across 100 meters in 19.678 seconds at the X Games. He was first featured in 2007, in a video showing him pushing his skateboard with his paws and tilting his body to steer as he rode along a beachside park.

According to his owner, Tillman also enjoyed snowboarding, surfing, and riding in his special seat in an all-terrain vehicle. Now that is incredible.

Tillman’s mastery of this art has inspired more dog owners to train their companions how to skateboard as well. 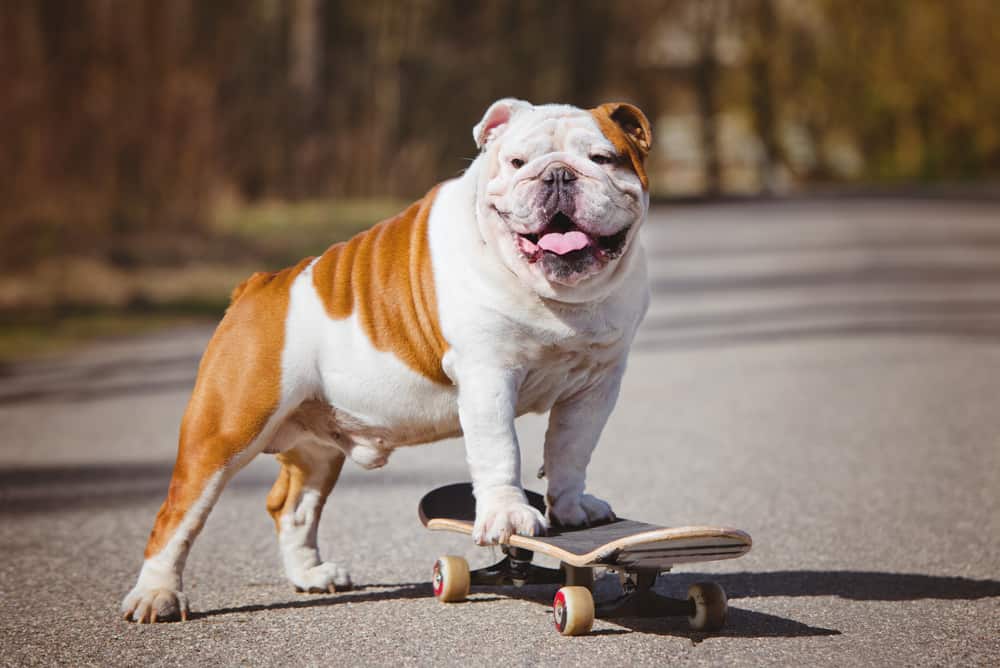 Remember getting your driver’s license? Well, canines are driving too!

Porter, a rescue dog in New Zealand, can also take command of the wheel on a closed course making him the world’s first driving dog. He passes his driving test by seamlessly making a turn around the bend, following his trainer’s instructions. However, he’s not all by his lonesome in his profession. His friends Ginny and Monte, who are also great drivers, participate in promoting canine training in a rally by the SPCA. 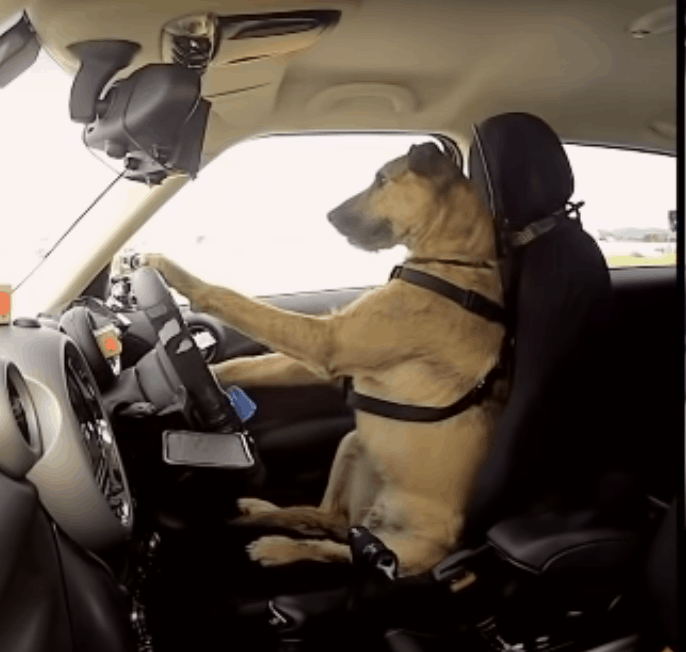 With an intuitive sequence of behaviors to train the dogs, these dogs’ trainers have been able to put together 10 behaviors in eight short weeks of training. I don’t know about you, but they sure look like professionals to me! 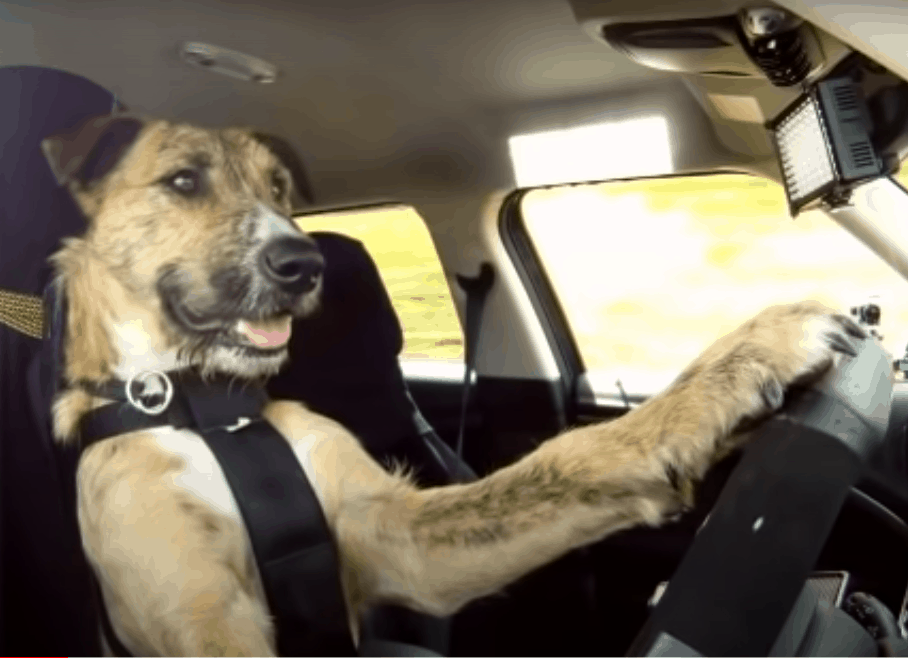 No canine in the world can keep up with Norman on a scooter.

Norman is a 7-year-old French sheepdog who can balance on a scooter with his two front paws on the handle, one back paw on the scooter, and uses the other back paw to push forward. He set a Guinness World Record as the fastest dog on a scooter after traveling 100 feet in about 20 seconds at a charity event in Marietta in July 2012.

His owner, Karen Cobb, narrates to have started Norman’s training by teaching him to be comfortable with the everyday objects while he was still a puppy. That was his debut to get his paw on a scooter. During an interview, Cobb says he loved it and wouldn’t get off!
Besides a scooter, Norman has also been recorded riding a skateboard and a bike with training wheels like a human. 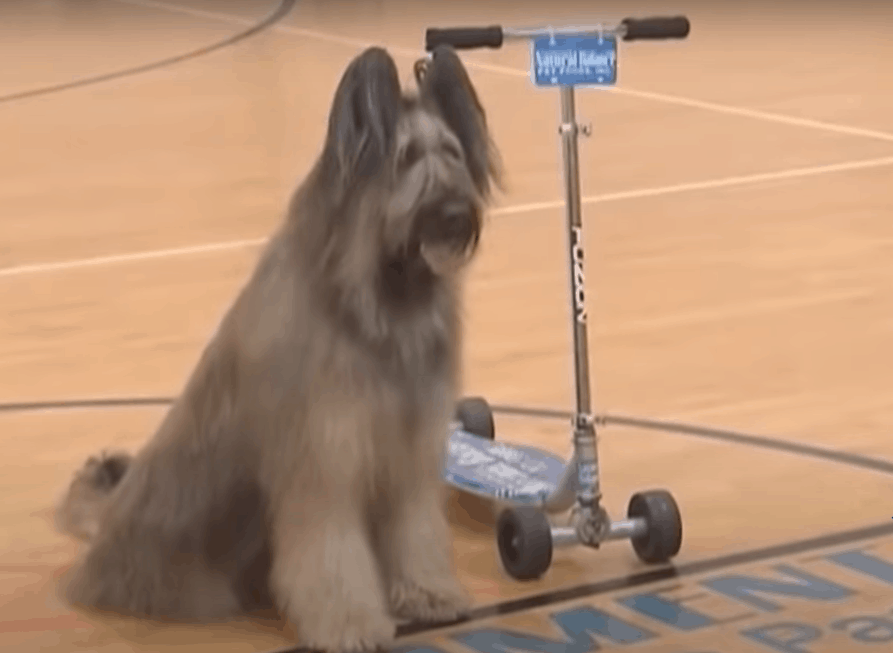 Just when you think you’ve seen it all, boom! A talking dog evolves.

Miss Wendy and her trainer, Marc Metral, receive a standing ovation on the popular show Britain’s Got Talent after having a conversation on stage. In case you are wondering how one trains a dog to talk, I’ll pass it on to Marc. 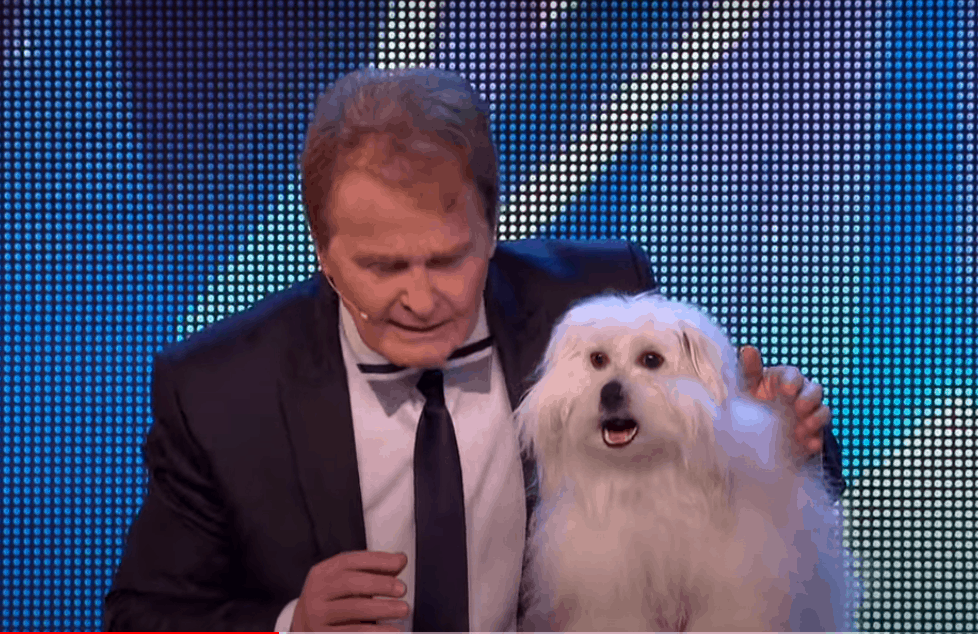 However, speculation has it that it involves fitting a fake snout over the nose of the animal which can be controlled by the remote to make the artificial mouth open in time with the remote. Although this is just mere speculation.

Miss Wendy even shared a joke with her owner and to top it off, she entertained the judges with a rendition of the 1970s Feelings. But the question remains, can a dog really talk?

Bini the bunny is a new long-eared, cotton-tailed cutie who has made quite an impression on the Internet. He is an 8-year-old Holland Lop rabbit who likes to paint during his free time and share his art with the world. I wonder what he does when busy.

Bini holds a Guinness World Record and has created over 300 masterpieces that have been shipped to fans across the globe. He also has an official website where all his fans, the Hoppers, can keep up to date with his life adventures. 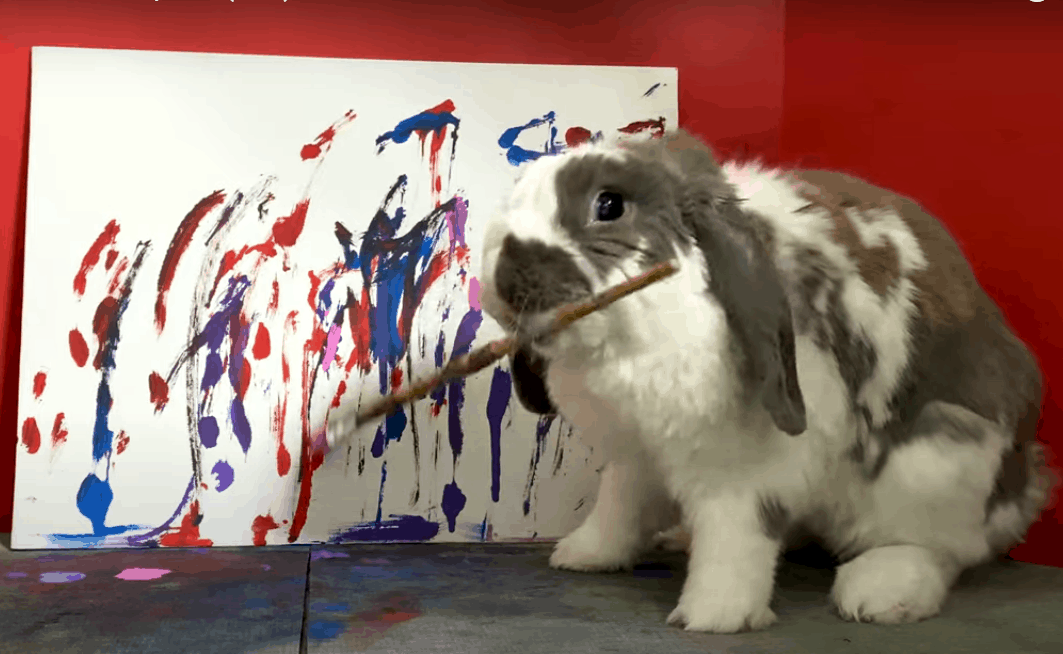 Besides painting, Bini can play basketball, arcade games, style and comb his hair. He sure is a bunny with a living.

10 Most Powerful Land Animals In The World