Loading ...
People often confuse themselves with Monkey, Mandrill and Baboon. Let’s make the things simpler for them. Let’s begin with detailed comparison and difference Baboon vs Mandrill vs Monkey.

What are the interesting facts on baboons?

Baboons are primates, and their scientific name is Papio. They belong to a large family of Old World monkeys (Cercopithecidae). They are originated from Africa and Arabia and their features depends upon their species. Their main predators are Hyena and people often compare Hyena vs Baboon fight.

All baboons are heavy, and have powerful jaws with sharp canine teeth and close-set eyes.

How many species of Baboons are there?

There are five species of baboons i.e. the Hamadryas, Guinea, the olive, the yellow, and the Chacma baboons. Baboons vary in size and weight and also according to the species.

What is the size, length and weight of a Baboon?

What do Baboons eat?

They are omnivorous, and their usual sources of food are insects, fish, birds and small antelopes.

How do Baboons reproduce?

Females Baboon typically give birth after a six-month gestation, usually to a single infant. The average life of Baboon is 35-45 years.

Why is a baboon’s butt red?

Their body is constructed in such a way that Baboon butt is red, it represents attractive to male baboons and helps Baboons to sit easily.

What are interesting facts about Hamadryas Baboon?

This species is from the Old World monkey family. These species are mainly found in East Africa and Arabia. Male Baboon is silver-white in colour while a female is all brown in colour. Males are up to 80 cm in length, and 20-30 kg in weight, while female is 40-45 cm in length and weighs around 15-20 kg. 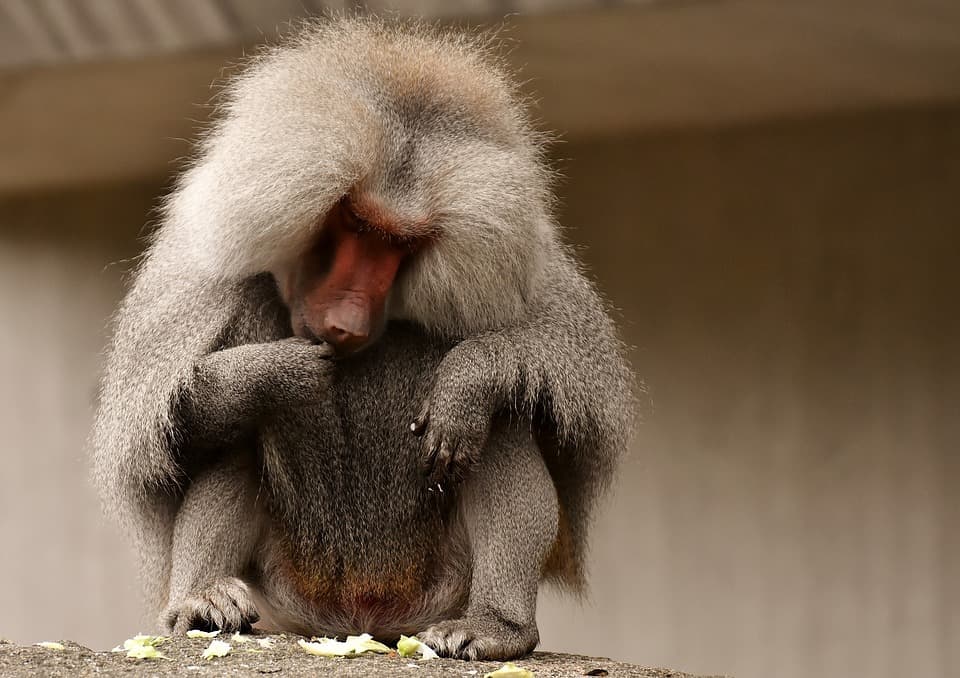 Infants are dark in colour and weigh 400 gm.

What are interesting facts of olive baboon?

The scientific name of Olive Baboon is (Papio Anubis). This is also a family member of Old World monkeys. They are found in 25 countries, including Africa. Male Baboon is different from female in terms of the physical structure and canine size.

Male olive baboon is 70 cm tall in standing and female is 60 cm. The average weight of the male is 27 kg and of female is 19 kg.

What are interesting facts of chacma baboon?

They are also known as Cape Baboon. Just like all Baboons, they are also from the same Old World monkey family. Located in South Africa, they have a wide variety of social behaviour, dominance hierarchy, etc.

They are omnivorous with a preference for fruits, while also eating insects. They are the longest species of monkey. Male baboon’s body length varies from 50-115 cm and weighs 40-45 kg while the female weighs 12 to 25 kg.

What are interesting facts of Yellow baboon?

These baboons have slim bodies with long arms and legs and have yellowish-brown hair. They have hairless faces. Males grow up to 84 cm and female 60 cm. Their lifespan is 20-30 years.

They are found in eastern Africa, Kenya etc. They use at least ten different vocalisations to communicate.

What are interesting facts of Guinea baboon?

They are from a small area in western Africa. They have reddish-brown hair, a hairless dark-violet or a black face with the typical dog-like muzzle. The Guinea baboon is the smallest Baboon as it weighs 25 kg and their average lifespan is 35-45 years.

What does a Mandrill eat?

The Mandrill is a primate of the Old World monkey family. They are omnivorous and mainly have fruits and insects.

Do Mandrills are endangered?

They live in huge groups. They have a mating season from July to September. They are the world’s biggest monkey, and currently they are endangered too.

They have olive green and dark brown fur, and a white belly. They have a hairless face. They have red nostrils and lips and have a yellow beard. Male Mandrills have more extended canines than females.

Can you keep Mandrill as a pet?

There are different laws and regulations in different countries but personally I do not recommend Mandrill as a pet, single bite from him is very painful. 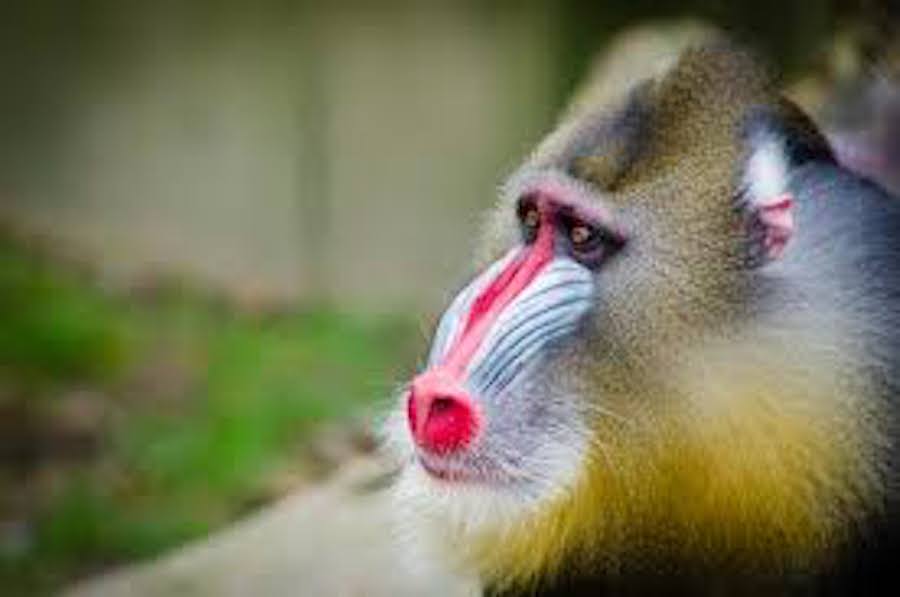 Where is Mandrill found?

They found in Central Africa. They are mostly live in tropical rainforests.

What is the size, length and weight of a Mandrill?

What are the interesting facts of Monkey?

Monkey is primate of Old World Monkey family. They are also tree-dwelling animals.

Why Monkeys are considering intelligent?

They have large brains and are known for their inquisitiveness and intelligence. 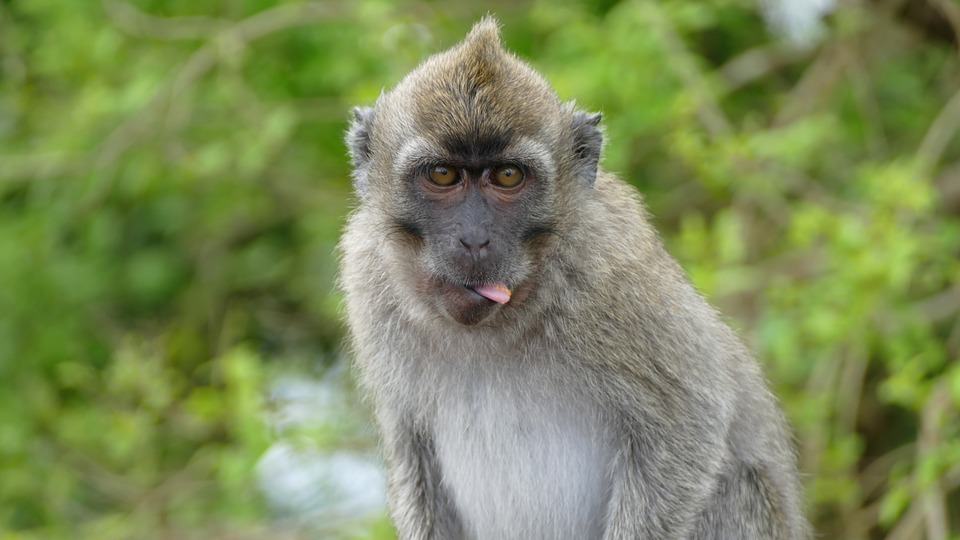 They are furry with long, fur-covered tails. They have hands with thumbs and dull-coloured fur (usually). They may swing from tree to tree or walk on the ground.

What is size, length and weight of a monkey?

Baboon vs Mandrill vs monkey difference and comparison

Baboons, Mandrills and Monkey are not the same. They may look the same in their physical structure, but they have dissimilarities. Natural habitat of baboons are Africa and Arabia, and Mandrills are restricted only in Africa. Monkeys have originated from Central America.

Baboon has five types of species, whereas monkeys and mandrills don’t have any subspecies.
Another difference is as Mandrills have blue and red skin on their face, and Baboons have dark brown hair, while the Monkey has light brown hair.

Mandrills and Baboons are more robust as compared to Monkey. All are omnivorous.

They are very intelligent animals and I donot want to see them fighting.

15 Dogs That Look Like Wolves: A Friend or a Foe

Dove VS Pigeon Difference & Fight Comparison- Who Will Win?

Seal VS Sea Lion VS Walrus VS Otter Difference And Comparison

Rattlesnake VS Bull snake VS Copperhead Difference And Comparison

Swan Vs Duck Vs Goose Difference And Comparison