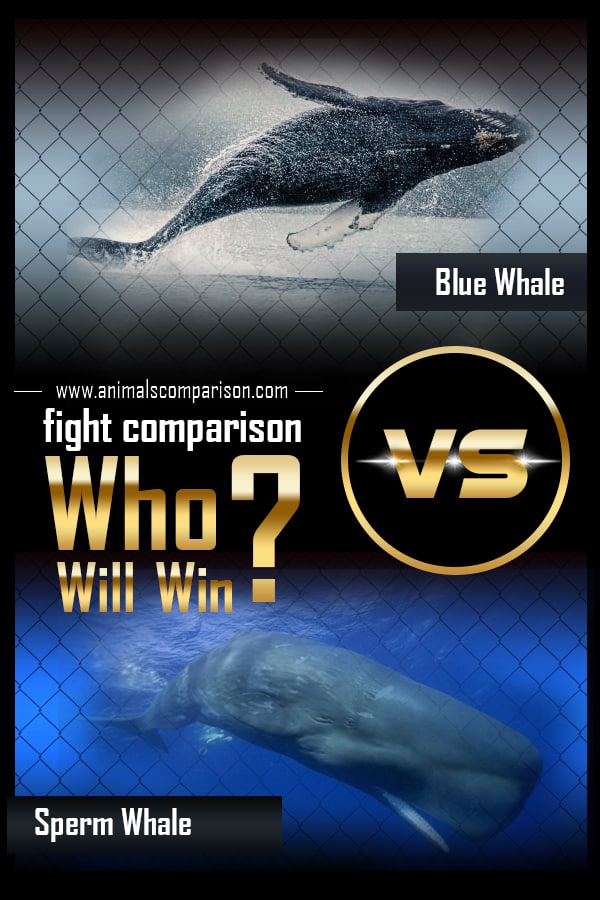 Blue Whale or Balaenoptera Musculus is a large marine mammal under the suborder of Baleen Whale (Mysticeti). Blue Whale is the largest animal that is alive, and it grows to an enormous length of more than 100 ft long and can weigh more than 150 tons. Sperm Whale or Physeter macrocephalus is considered as the largest toothed whales and largest toothed predator. You can check Blue whale vs sperm whale comparison.

Sperm Whale is the top living member of Physeter Genus, and they are an important member of the three extant species in the sperm whale family. Blue Whale is a massive sized animal is also the loudest animals on the earth. Calls of the Blue Whales can be heard in miles away and far below the surface of an ocean as well.

What are the interesting facts about the Blue Whale? 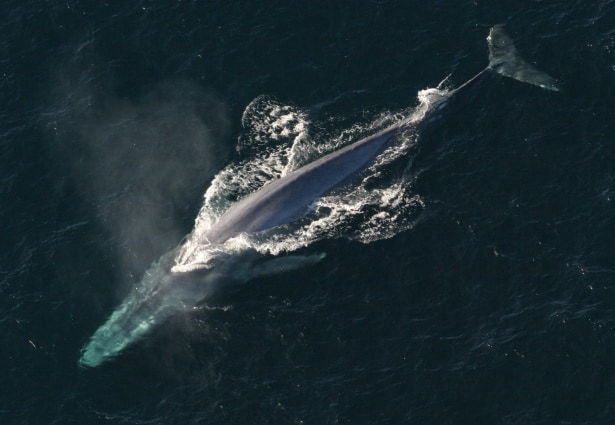 Blue Whales appear to have a deep blue colour at the water surface, and it actually is greyish blue in colour.

What does a Blue Whale eat?

Despite being the largest animal on our planet, the Blue Whale’s primary diet is krill, small aquatic life form resembling that of the tiny shrimp.

What is the length, size and weight of Blue whale? 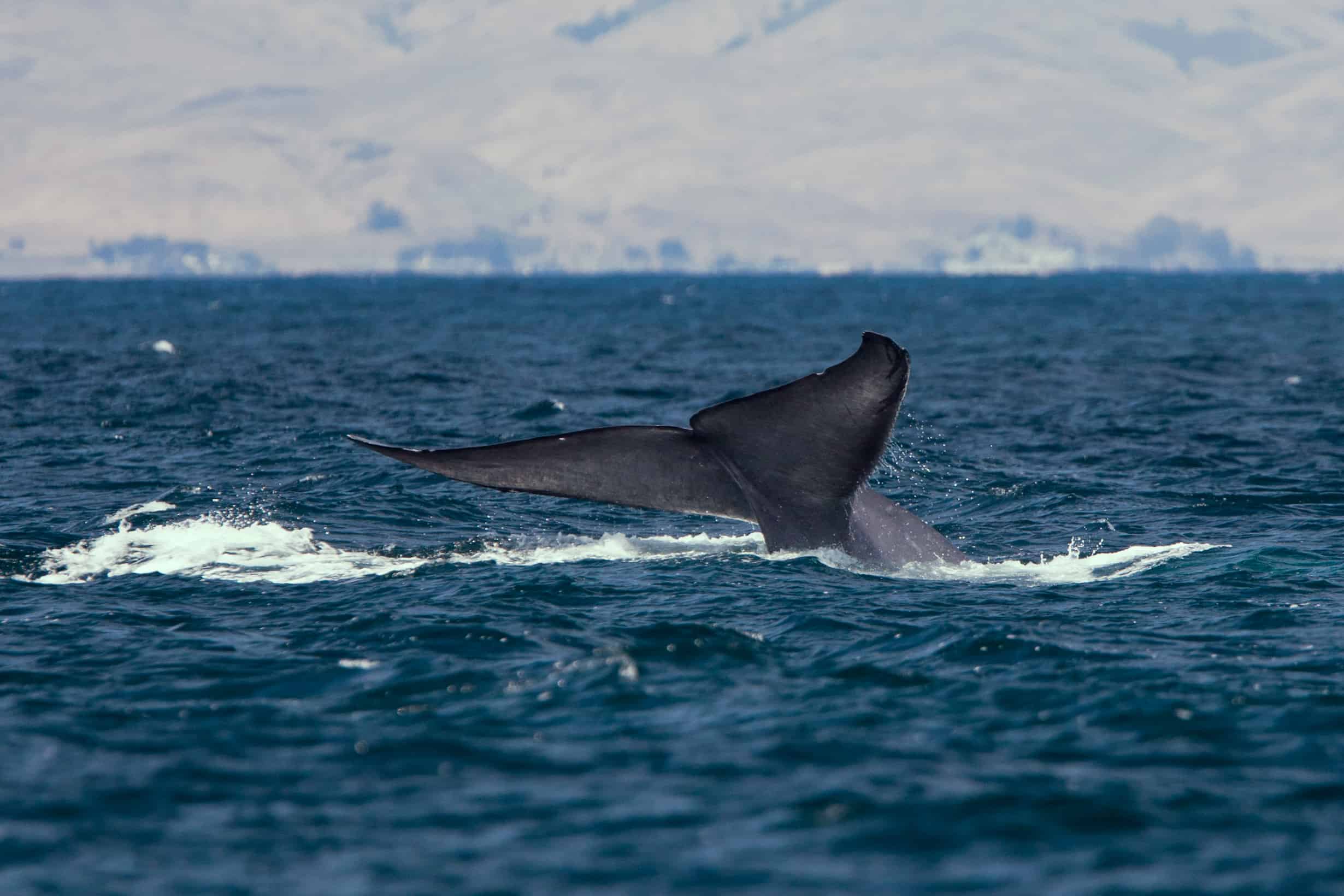 Fully matured Blue Whale could grow at a length of 100 ft. Long and can weigh more than 150 tons. These massive animals have their body relatively slim and streamlined to enhance their speed to cover long distances.

How fast can a Blue Whale swim?

Blue Whale could swim more than 25 miles per hour when they feel threatened. The Blue Whale normally has a small triangular dorsal fin when compared to the larger dorsal fin. Blue whale’s flippers would measure 12% of the entire length of the animal.

How does a Blue Whale hunt fish?

Blue Whale are having bristle baleen plates that are attached to it and they act as the fence allowing the blue whale to capture prey. They also allow water to move freely in and out of its mouth. Primarily the blue whale consumes krill and many other small ocean creatures like copepods also be ingested. They maintain a steady diet with the high concentrations of krill in the Arctic Ocean.

Does A Blue Whale have teeth?

Blue whales do not have teeth, so they are unable to bite or chew the prey. They use the method called “Filter Feeding” to feed on their prey. Using filter-feeding, large groups of krill can be easily consumed to a large extent.

What are some interesting facts About Sperm Whale? 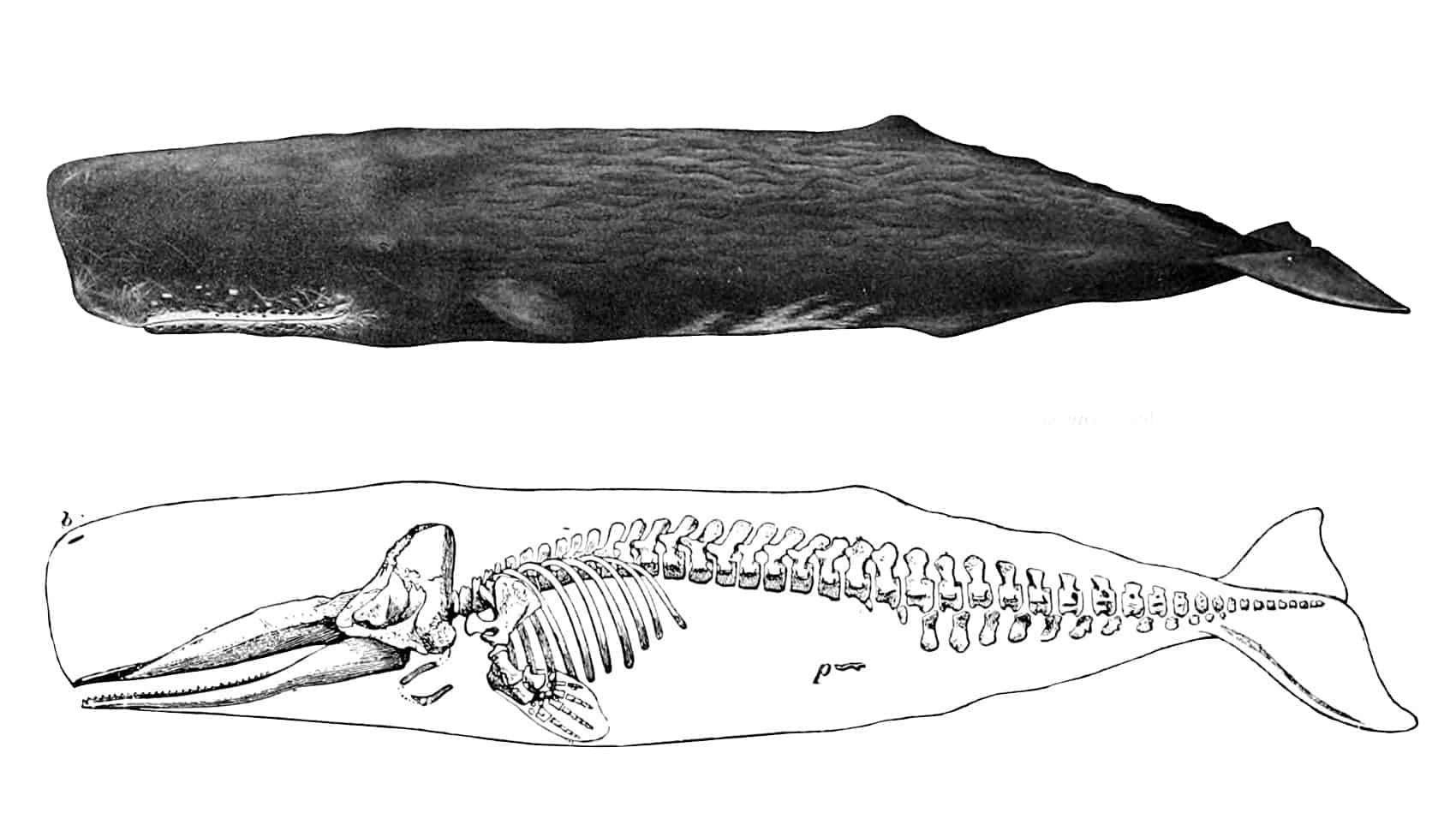 The Sperm Whale or Physeter Macrocephalus are the large-toothed whales from the cetacean species. Sperm Whale could easily grow to the length of 67 ft, and they also have a large brain in the whole animal kingdom. Spermaceti organ is located at the head of this whale hence the name Sperm Whale.

What is the length, weight and size of a Sperm whale?

Sperm Whale grows to be around 50 to 55 ft in length and they weigh around 35 to 45 tons. The largest whales measure up to 67 ft and weigh up to 65 tons. Female sperm whales tend to be smaller compared to the male. This type of whale normally has a unique body, and they could be easily confused with other species of whale.

What does a Sperm Whale eat?

The standard diet of a Sperm Whale will be medium to large squid, fish, and octopus. The Sperm Whale has a tendency of diving deep, and they have unique hunting methods and way of consuming food.

Sperm Whale could easily hunt for food below the surface of the water using the echolocation system for tracking the food as well as for the navigation in the ocean.

Blue Whale Vs Sperm Whale fight comparison- who will win?