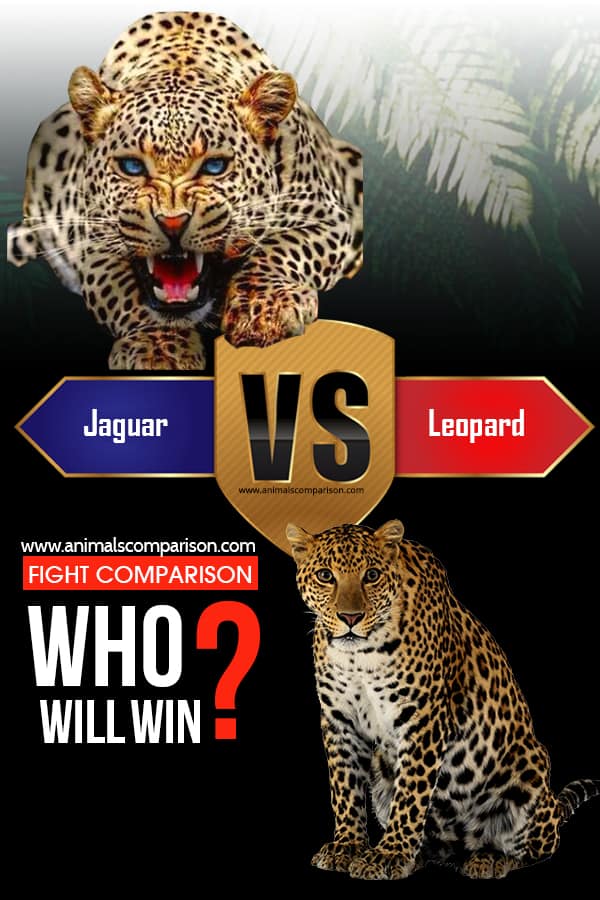 Most of us, cannot able to distinguish between Leopard and Jaguar, they both look similar in appearance. Leopard and Jaguar are from the same genus called Panthera but they have different habitat and regions of living. So, it is worthy to compare Leopard vs Jaguar to know detailed differences and comparisons.

Based on their physical appearance, both the Leopard and Jaguar are strong and can run at high speeds to catch their prey. We are going to see the facts, comparison, and how to identify a Leopard or a Jaguar in the article below.

Must Check– Jaguar vs Alligator

What are the interesting facts about Jaguar? 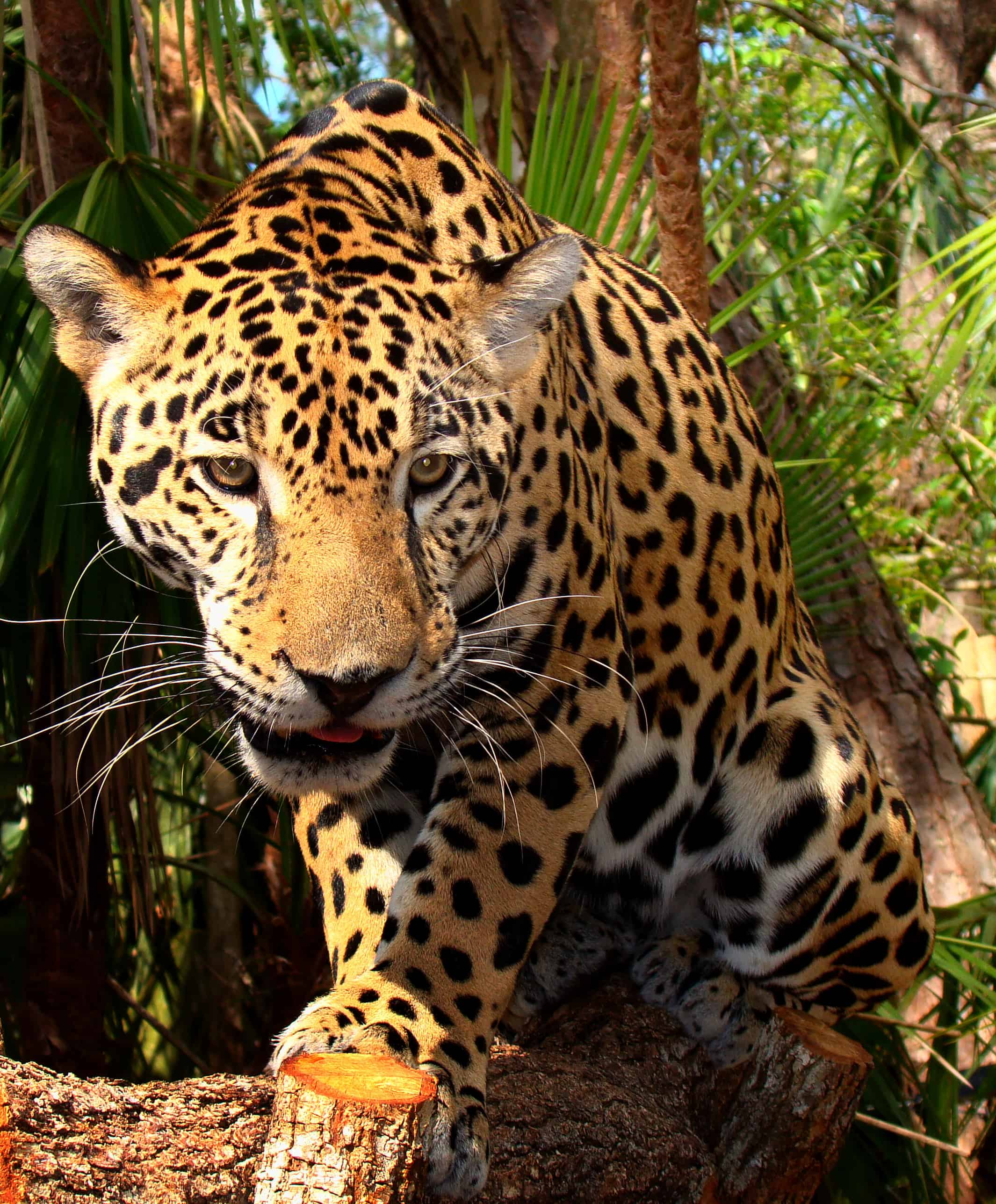 Jaguar is the largest cat in the family Felidae. Jaguars are the most solitary animals that live and hunt. Male Jaguars aggressively protects their home range as well as a resident of the females from other males.

How big is a Jaguar? 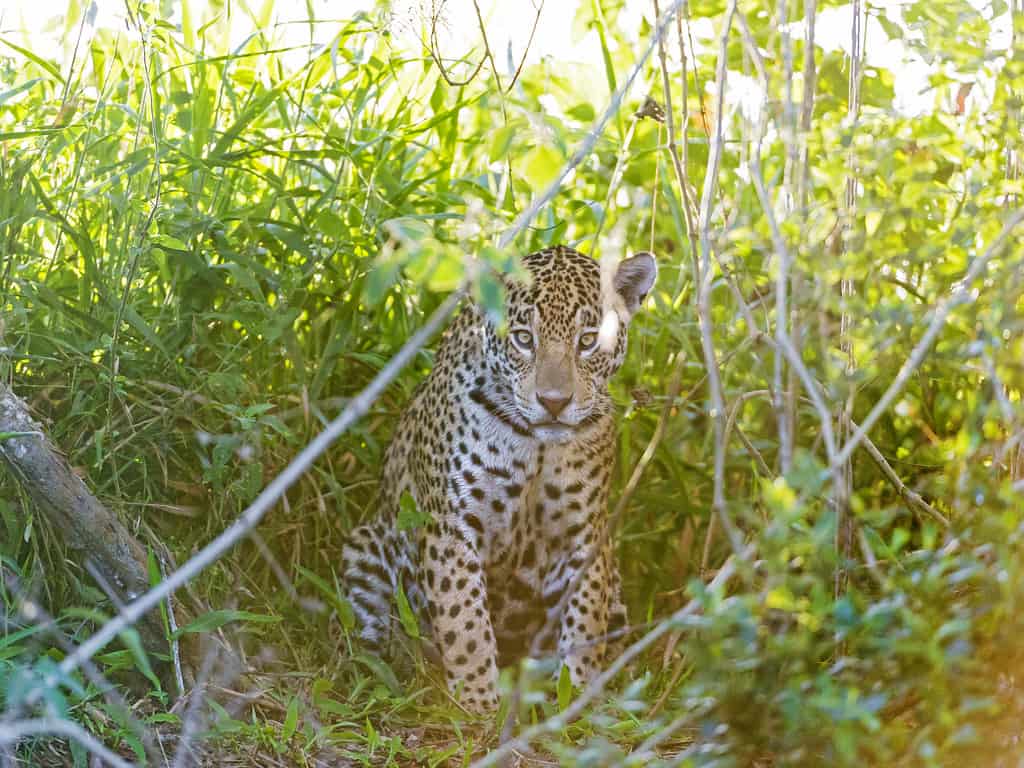 Jaguar weighs between 56 – 100 kg and has a head and body length of up to 5 ft 6 inches. Jaguar is the 3rd largest cat after Tiger and Lion, which are the biggest cats in the world.

How strong is the bite of a Jaguar? 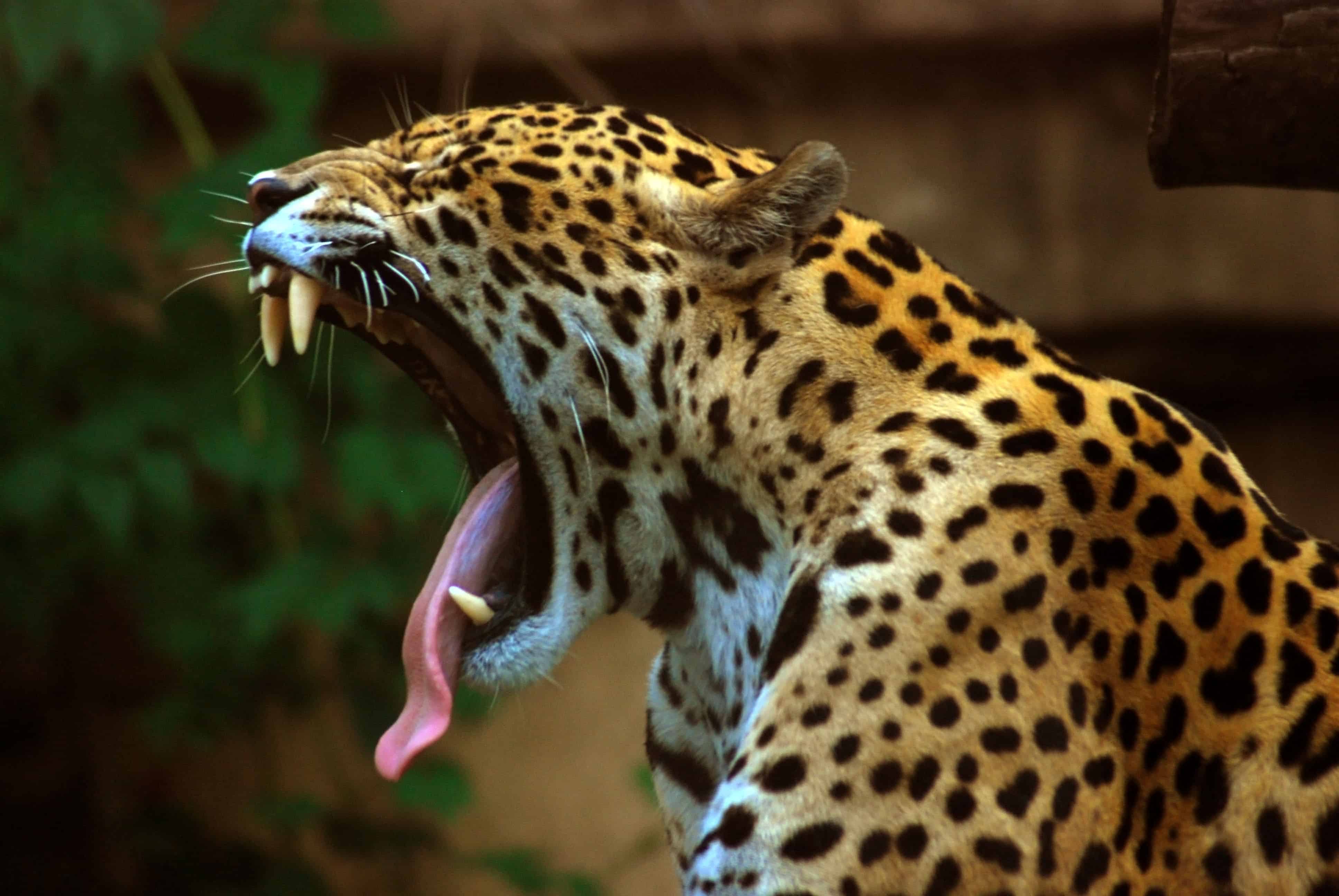 Jaguars have a stronger and more powerful bite than any other big cat in the world. In fact, its bite is so powerful that it can crack or crush the shells of large leatherback sea turtles!

Where is Jaguar found? 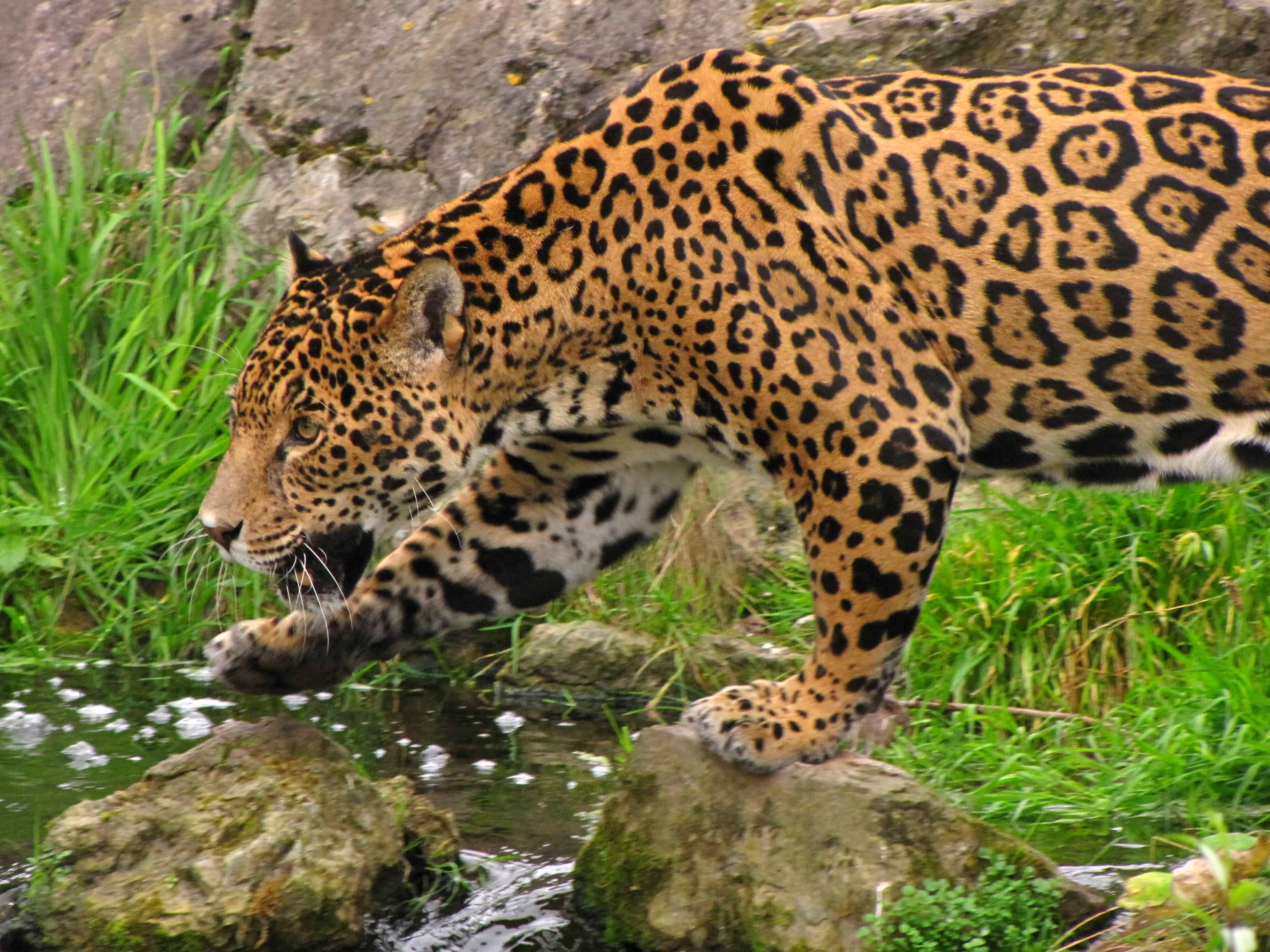 Jaguars are found only in Southern and Central America.

What does the Jaguar hunt? 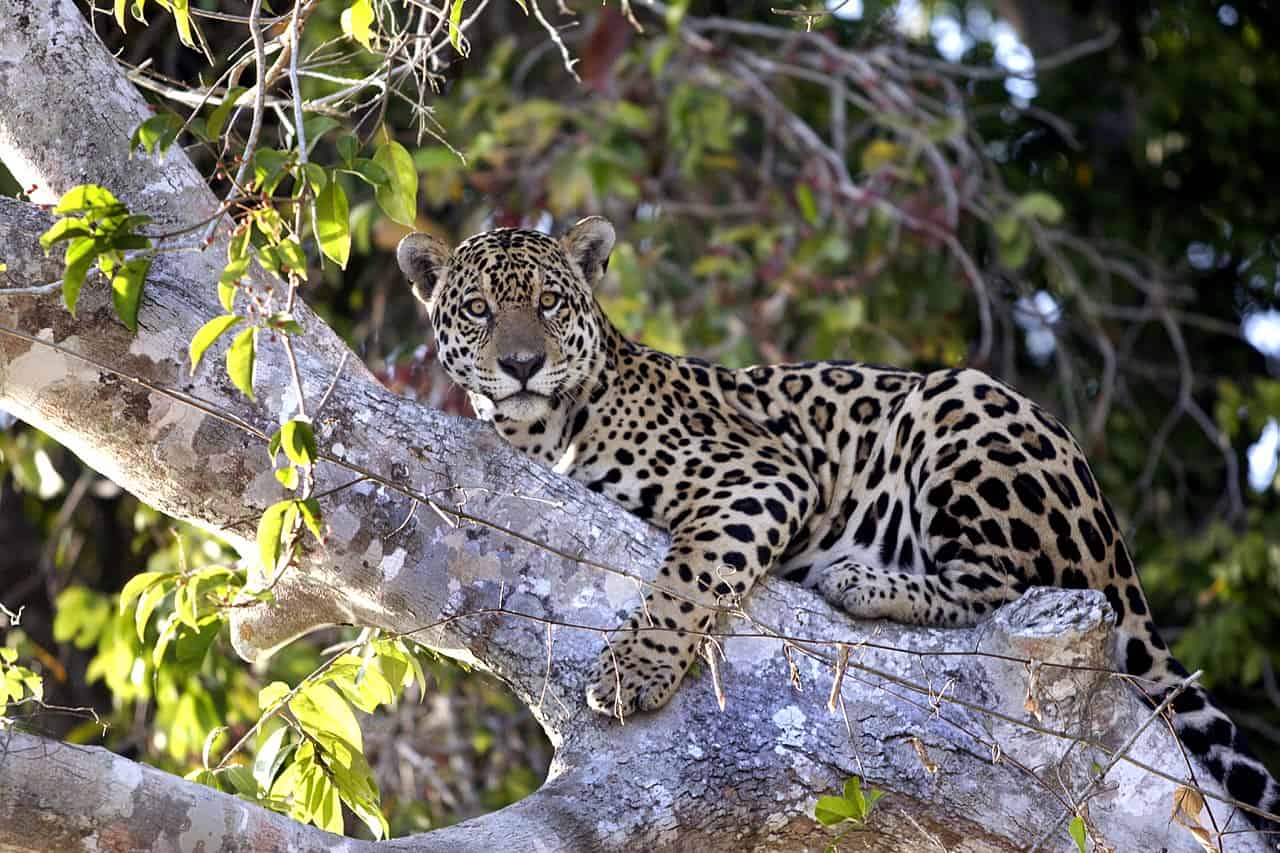 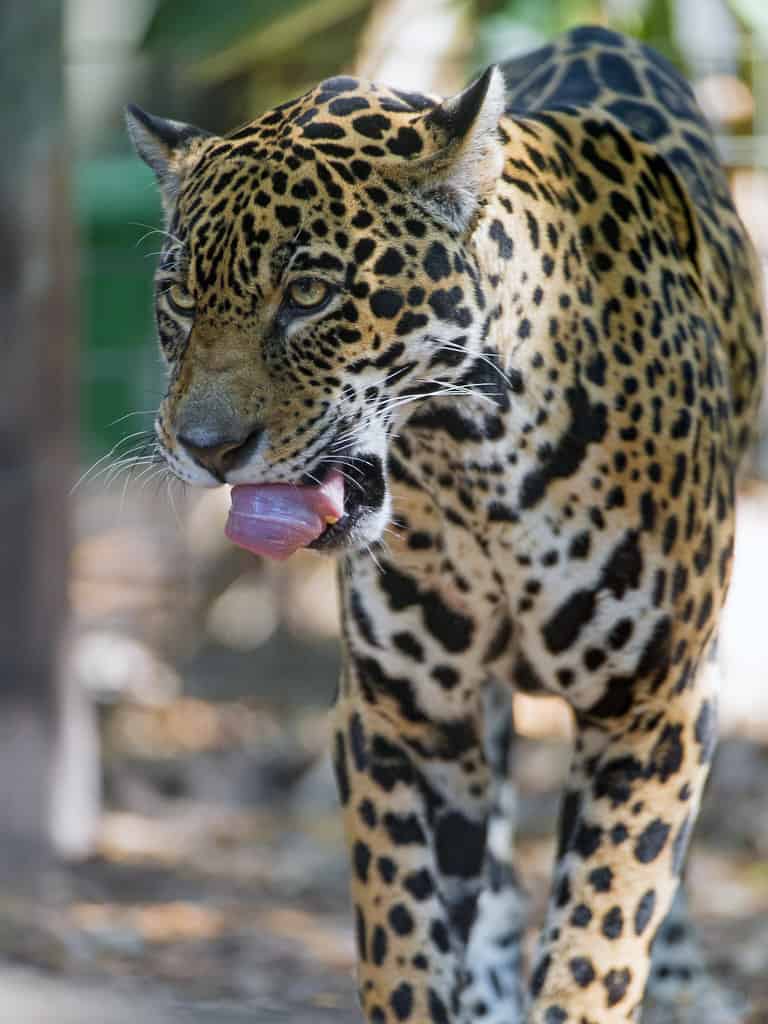 Jaguars have a compact body, powerful jaws, and a broadhead. The coat of a Jaguar is yellow and tan normally. The Colour of the Jaguar varies from black to reddish-brown. Spot on the coat of a Jaguar will be more solid with black on its head and neck. Larger rosette-shaped patterns are seen along to its side as well as to the back of its body.

Jaguars could easily beat any kind of wild animal of the same size and weight as they are the top fighter in the pound for pound category. Leopards are comparatively much smaller to Jaguars. However, defeating the leopard is not an easy task as leopards are intelligent and clever animals.

What are some interesting facts about Leopards? 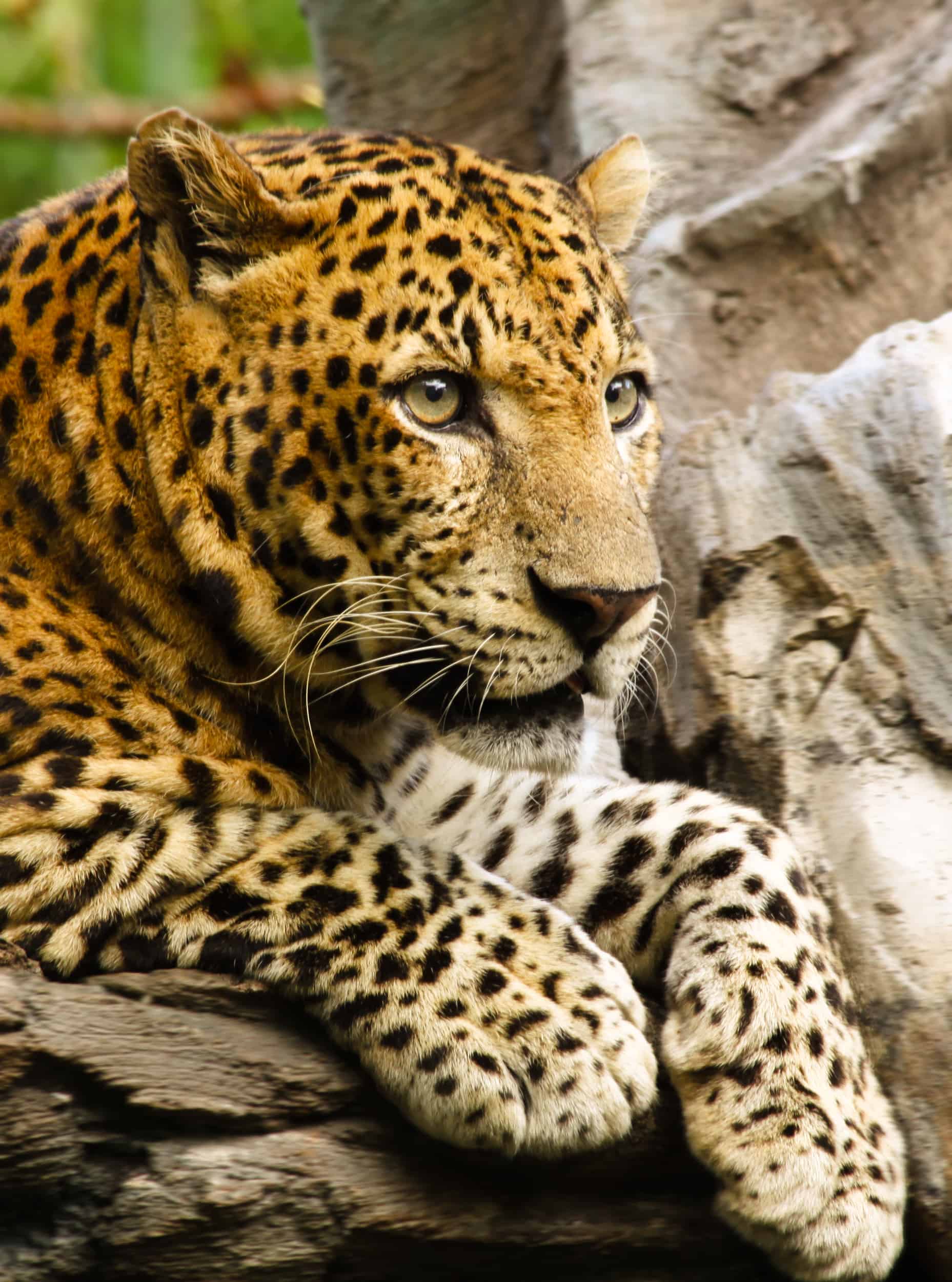 How many subspecies of Leopard are there? 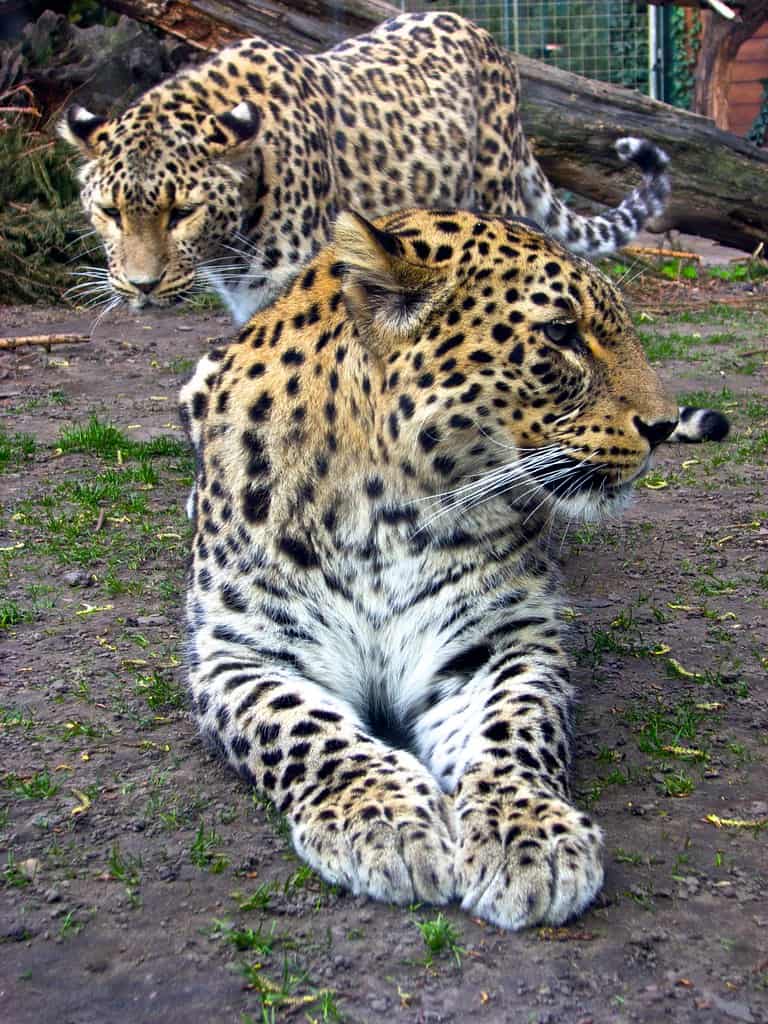 In fact, there are 9 recognized subspecies of the Leopard.

Where is Leopard found? 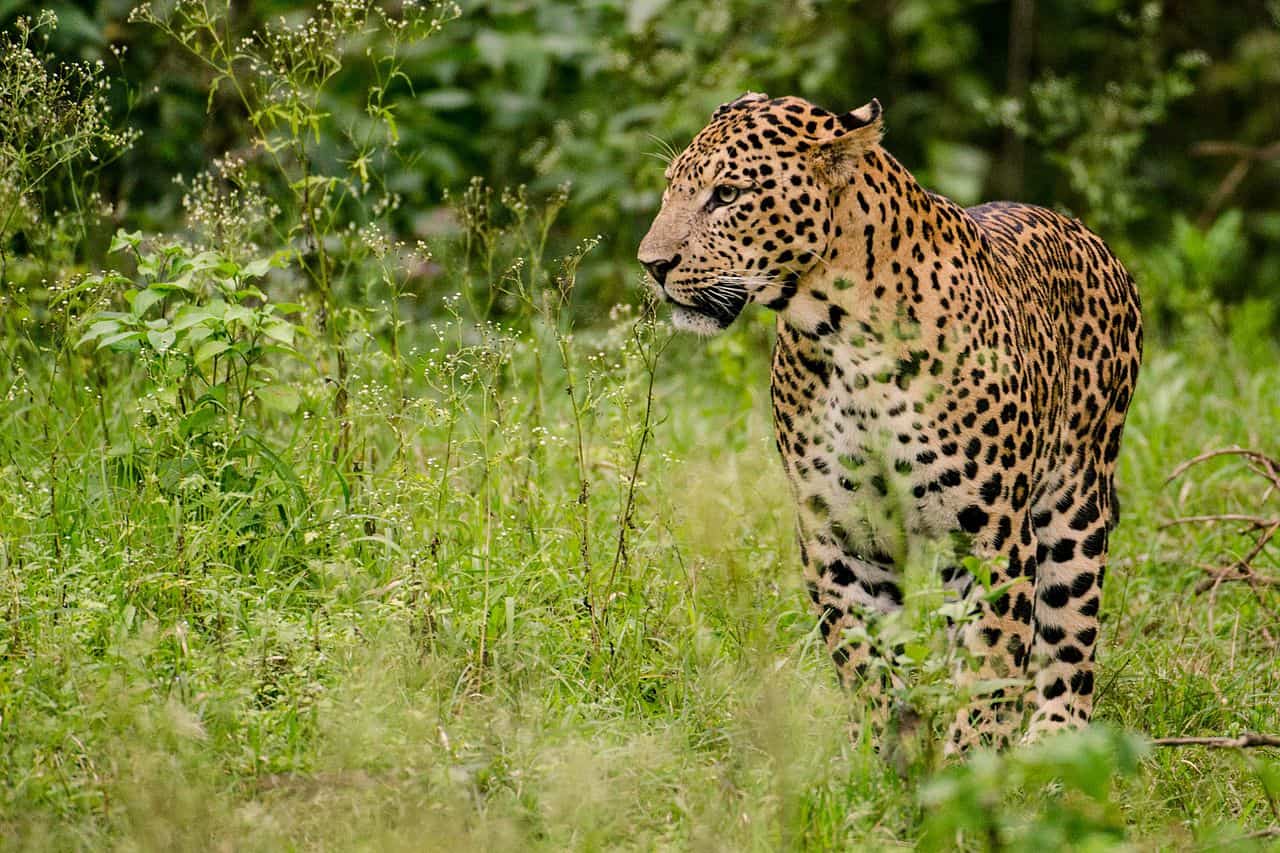 All subspecies of the Leopard can be found in Asia, South Asia, and India except the African leopard. The Leopard is an apex predator that preys in jungles and they are strong competitors in the African and Asian jungles.

What does Leopard hunt? 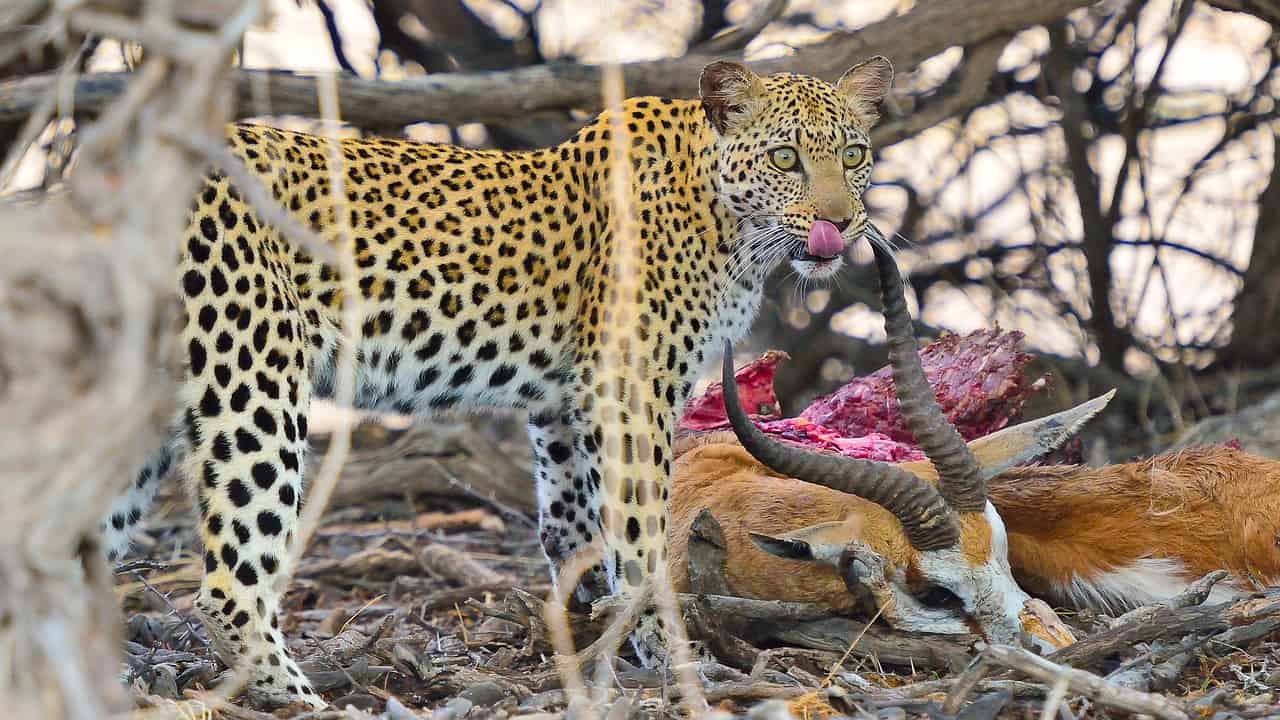 Who are the predators of Leopard? 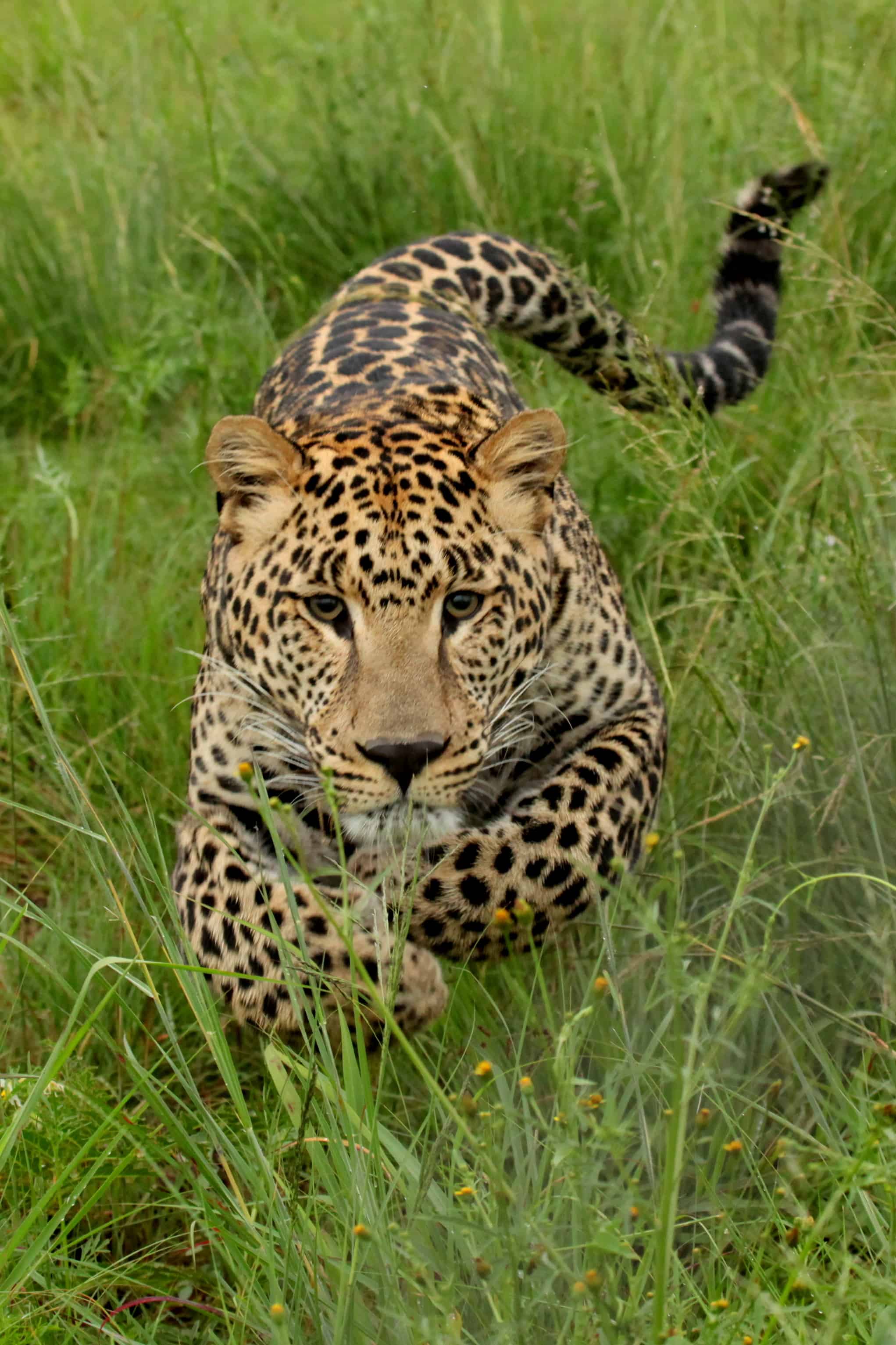 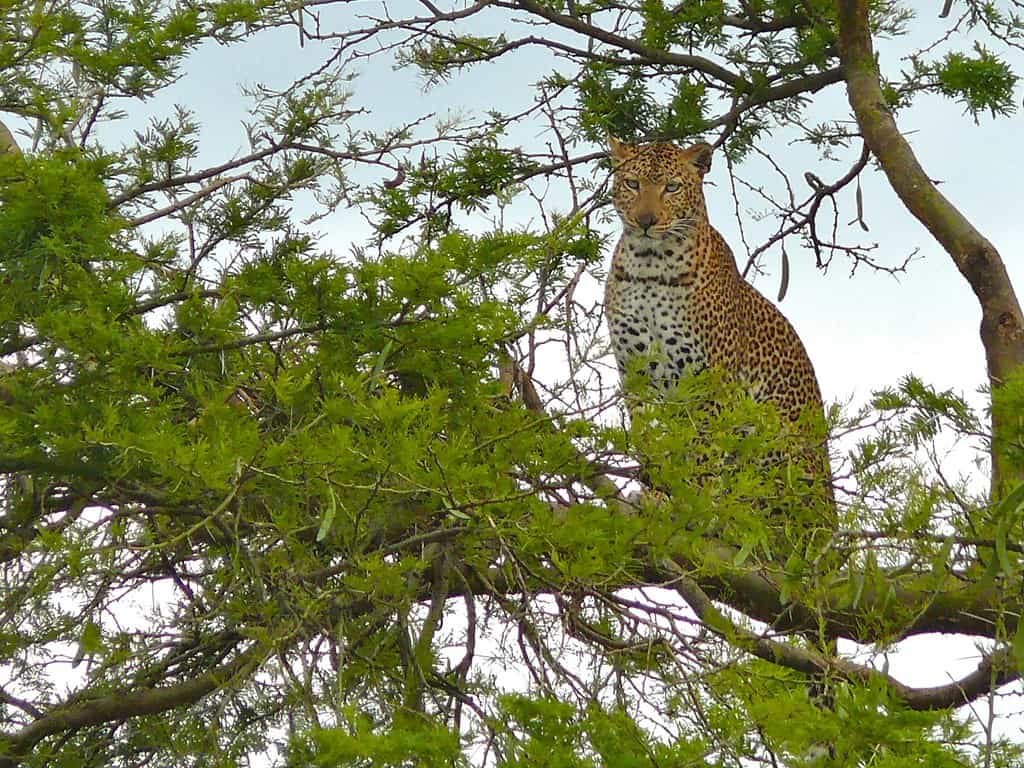 Leopards can climb up trees vertically carrying the animal carcass of heavyweight. Leopard brings their prey up in branches of a tree for eating and protecting them from any other scavengers and predators.

When do Leopards hunt? 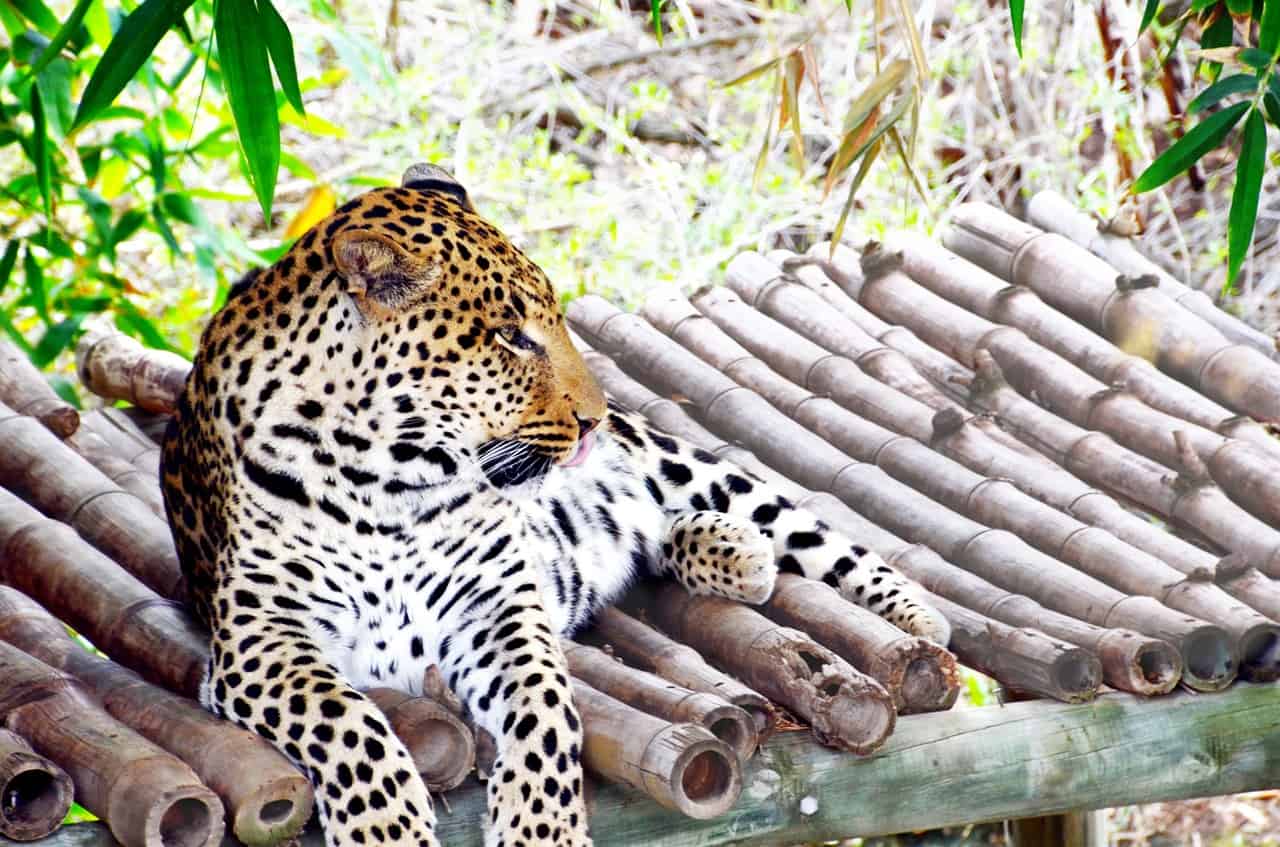 Leopards are nocturnal animals so they are much more active during the night and during the day they would rest in the tree or thick brush. These animals are quite solitary and prefer to live alone.

Can a Leopard swim? 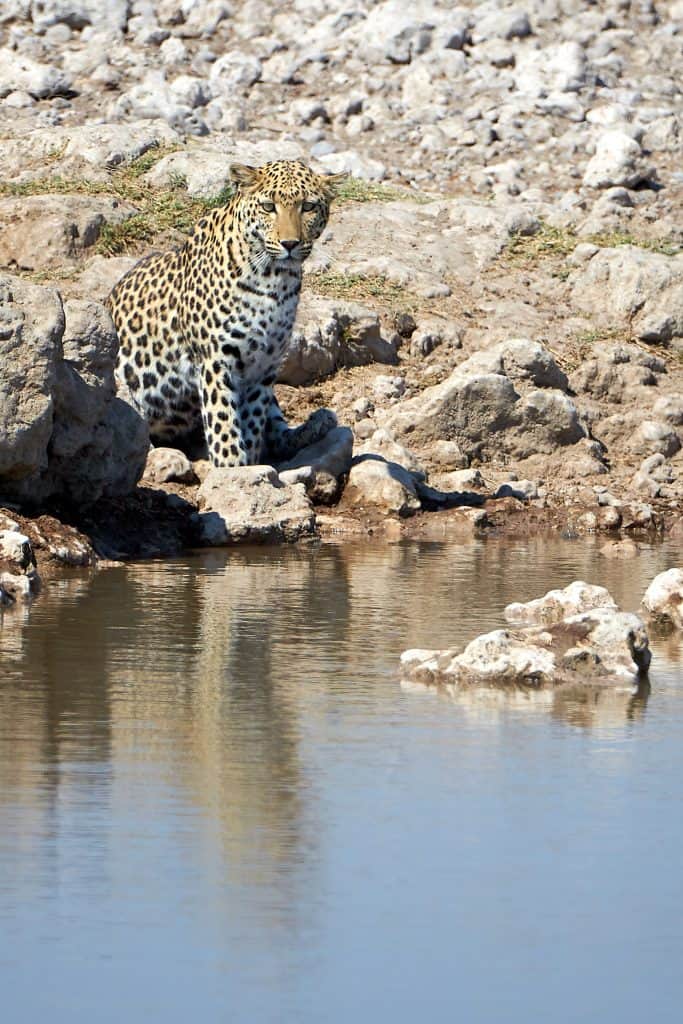 Leopards are good swimmers and very agile. They can also leap more than 20 feet up in the air.

How to distinguish between a Jaguar and a Leopard? 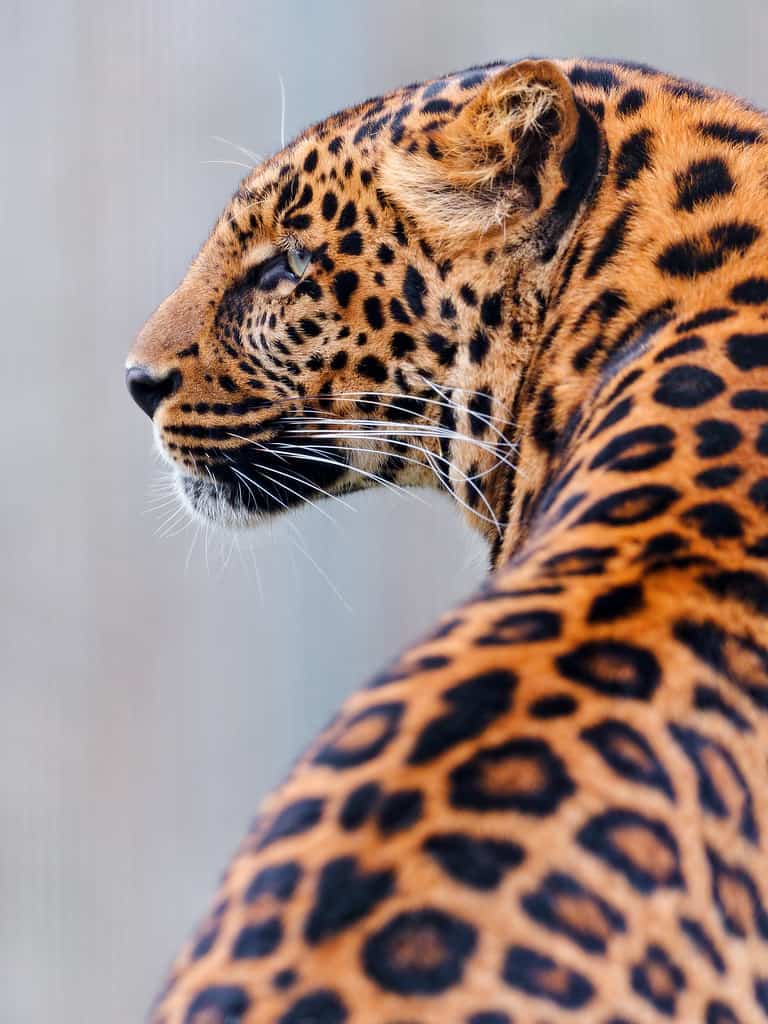 A Jaguar and a Leopard can be easily identified based on their height, rosettes, body mass and head. Leopards are smaller and more muscularly dense when compared to the Jaguar. The skull of the Jaguar is bigger than the Leopards. Leopards have smaller legs than Jaguars.

The detailed comparison between Leopard vs jaguar is given below-

Leopard Vs Jaguar fight- who will win?

Based on their physical appearance, the Jaguar is bigger, heavier and stronger than the Leopard. The bite force of a Jaguar is more powerful when compared to the other big cats and it helps them in crushing down on the bones with a single bite. On the other hand, Leopards can easily climb up trees, even carrying animal carcass that is double its size and weight.

Leopards bite force will be equal or 0.2% less than that of Jaguar. Extremely powerful jaws with the muscular body of a Jaguar will make this a tough fight even for the fierce leopard. Leopards are cleverer and more intelligent than Jaguars. But Jaguars can also climb trees and hunt its prey like the leopard.

According to experts both the Leopard and Jaguar are the best pound for pound hunters and fighters. Leopards are relatively non-aggressive and frequently lose their meals to lions, hyenas as well as other predatory animals. Majority of the experts would vote that the Jaguar would be the better contender in this fight.

I hope you liked reading this article on the “Leopard vs Jaguar” fight.