We all know the Catahoula Leopard Dog for its strikingly unique appearance and hardworking personality. Catahoulas got their name from the Catahoula church that’s located in Louisiana, United States which means “beautiful clear water.”

They were bred to work, and they were used to assist their owners in swamps and forests. With proper care and training, they’ll surely be an excellent working companion. Together, let’s get to know more about this breed. 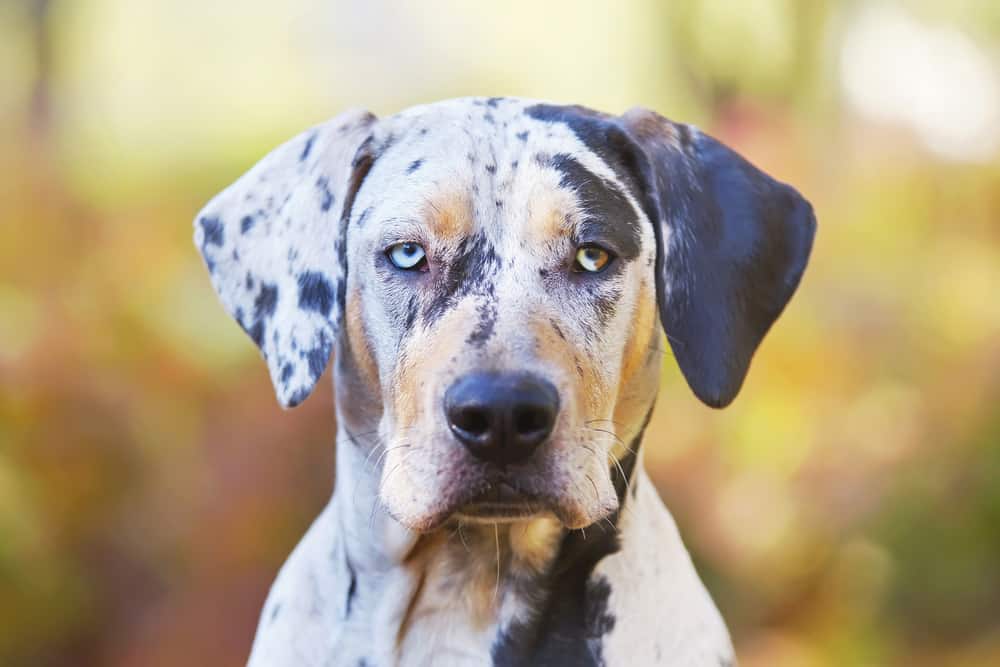 Catahoulas may not be as popular and significant as other breeds outside the U.S., but gradually, they’re being welcomed outside their native country. Sled dogs are usually thick-coated, such as Akitas and Huskies, so you wouldn’t expect this breed to be a sled dog. Despite their single, short coat, Catahoulas are great sled dog competitors, maybe due to their athletic body. As a matter of fact, one sledding fancier described this breed as having drive and power as he has never seen before. 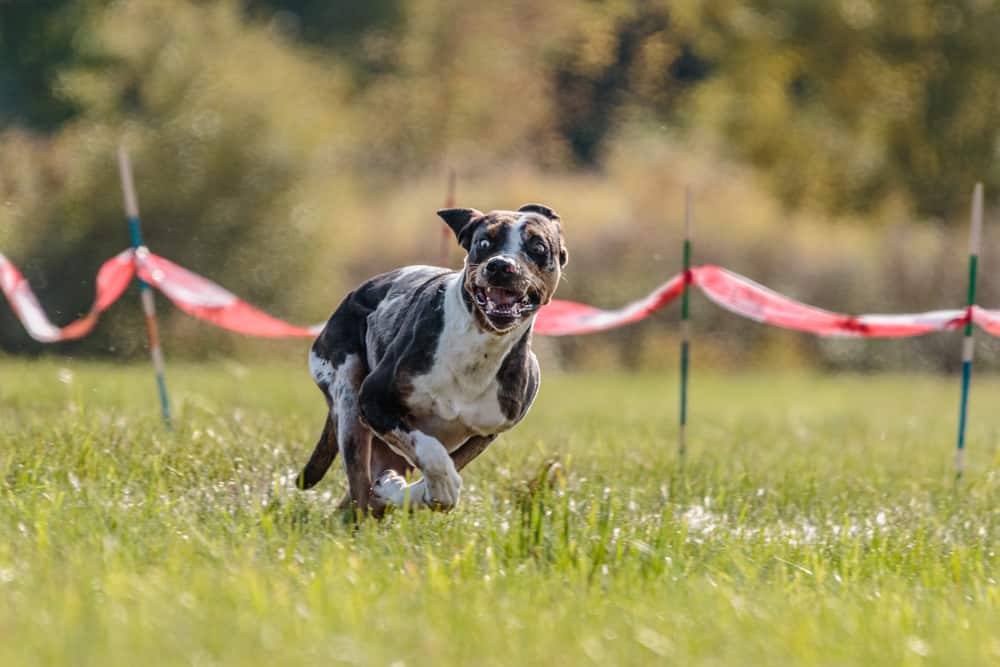 In 1979, then-governor Edwin Edwards named the Catahoula as the official state dog of Louisiana. That is expected since Catahoulas originated in Northern Louisiana wherein you can find the church where the breed took its name.

We know Catahoulas because of their unique coat pattern, as well as captivating eye colors. However, if we look closely, we can see that the Catahoulas have webbed feet. It may be common for dog breeds, but the Catahoula’s webbed feet extend much more than normal. This unique physical trait gave them an edge to be excellent hunting dogs in the water, as well as giving them the capability to be a good swimmer.

5. Catahoula Leopard Dogs are popular in fictional books and dramas.

Maybe it’s because of their appearance, but Catahoulas are commonly used by writers who write mystery and crime fiction genres. This breed appeared in the plot of the “Veronica Mars” episode in 2005. It had its comeback after eight years when it appeared in the crime drama titled, “Bones.”Their appearance doesn’t end there. In “Southern Vampire Mysteries” a novel written by the American author Charlaine Harris, Terry Bellefleur – one of the novel’s characters – owns Catahoula Leopard Dogs. However, in the book’s TV adaptation, “True Blood,” the character does not have a dog.

6. Some Catahoula Leopard Dogs are capable of climbing a tree.

This breed has long, shard, hard nails, making them adeptly able to climb a tree. Combined with their strong hunting instinct, Catahoulas can easily take down prey, may it be in the land, water, or up in the tree. Because of this ability, they are also popularly known as a cat-dog. 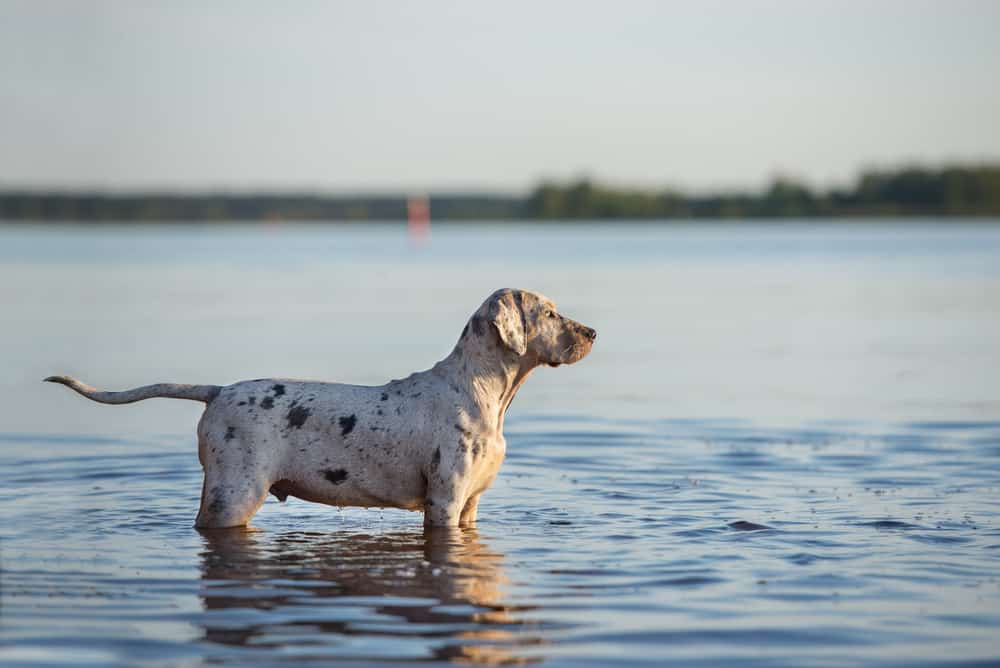 We know that most medium to large dog breeds has a short life span, but Catahoulas can live from 10 to 14 years. In fact, a properly cared Catahoula may live up to 16 years! To prolong your dog’s life, it is essential to provide him with his basic needs, as well as love and affection from his family.
You also need to be aware of the health conditions your dog may develop. For Catahoulas, you may want to look out for tunnel vision, hearing loss, blindness, hip dysplasia, and cancer. Have your dog regularly checked by your veterinarian to address these health conditions.

One of their names is Catahoula “hog dog,” not because they look like one, but because they’re good at hunting them!
It is believed that when people first settled in Louisiana, the whole land was occupied by wild hogs. The white settlers then come up with a solution: use wild dogs to create a new breed that is particularly responsible for hunting hogs. Then, the earliest Catahoula Leopard Dogs were born! 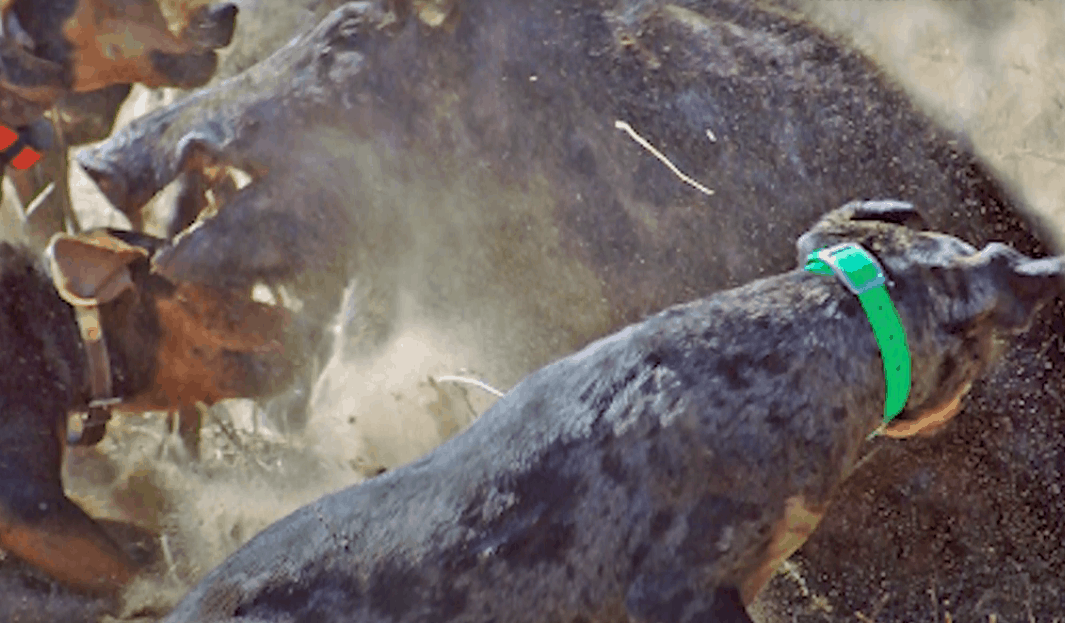 These breed types differ in weight and physical appearance. The biggest variety was the one developed by Preston Wright – the Wright line. Dogs under this line weigh around 45 kilograms. On the other hand, the variety developed by Lovie Fairbanks weighs about 31 kilograms. The coat color of this line is either yellow or brindle. The last variety is the smallest of all – the McMillan.These dogs weigh about 25 kilograms with blue leopard coloring. Dogs under this variety have prominent glass eyes. All these varieties have been interbred to produce a dog with varied sizes and images.

10. Catahoula Leopard Dogs are believed to be a cross of various breeds. 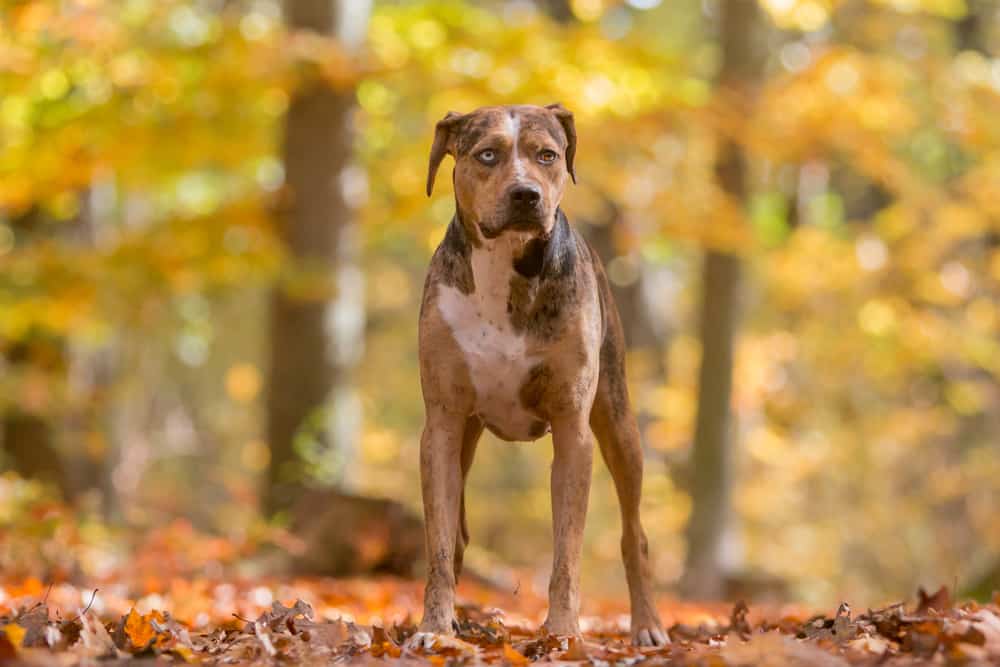 Despite being a hunting dog, a well-trained Catahoula is calm and gentle towards children. They have high energy levels, making them the best playmates for your kids, although all children-canine interaction should be supervised. 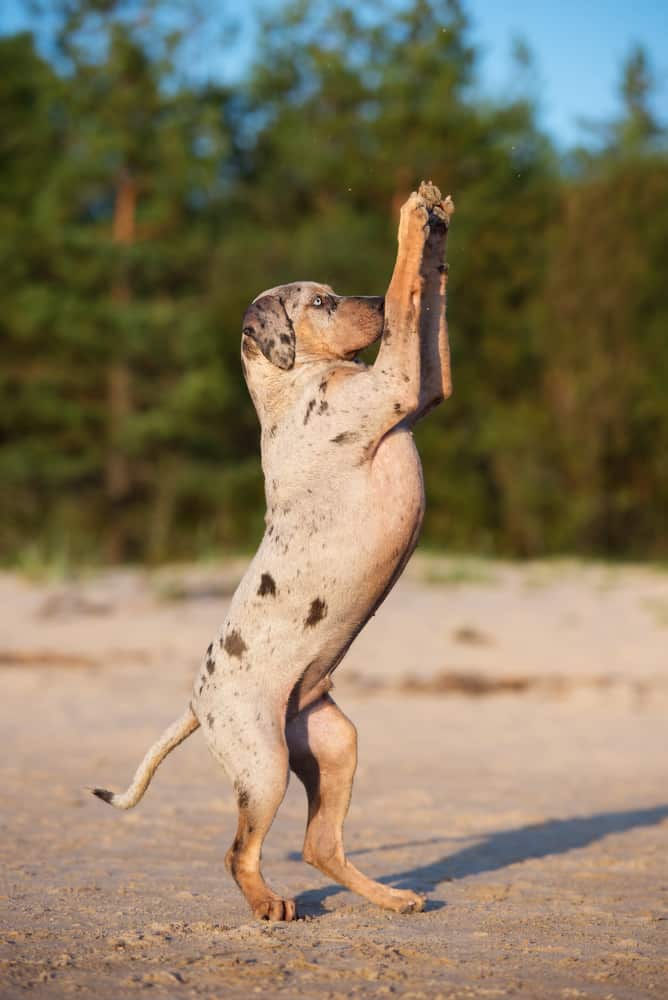 When you decided to own a Catahoula, you didn’t just gain a canine companion, but you also earned an excellent defender. Catahoulas are capable of protecting you against burglars and intruders. Keep in mind that they do not thrive outdoors or at the kennel. Instead, they need to be close to their human family in order to defend themselves from anything they perceived as a danger.