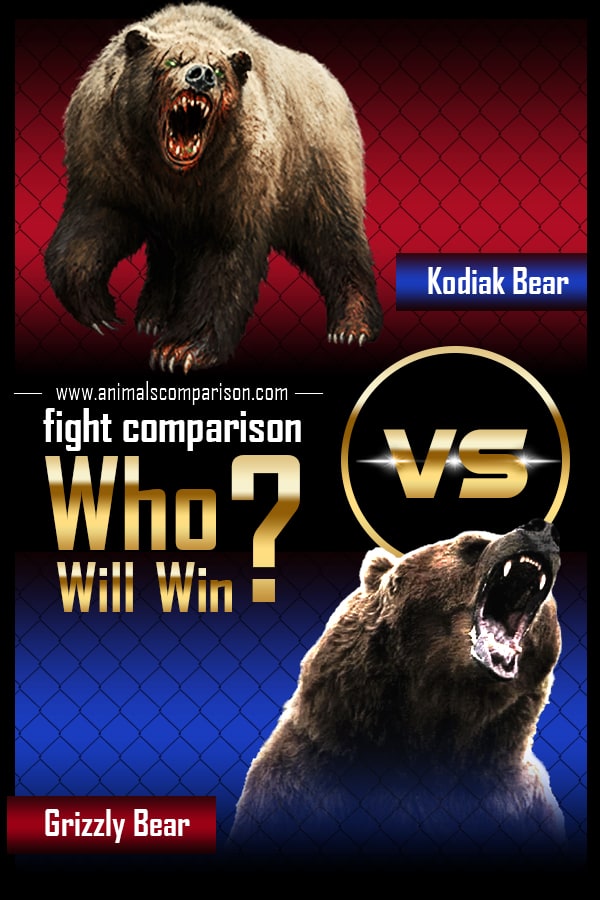 Grizzly and Kodiak bears are very popular all across the world, These are the member of species Ursus arctos and have similar characteristics. You can found them in North America. Anyone can quickly understand the difference and comparison between Kodiak Bear vs Grizzly. It is worthy to read Kodiak vs Grizzly bear fight- who will win?

Do Male Grizzlies are stronger than females? 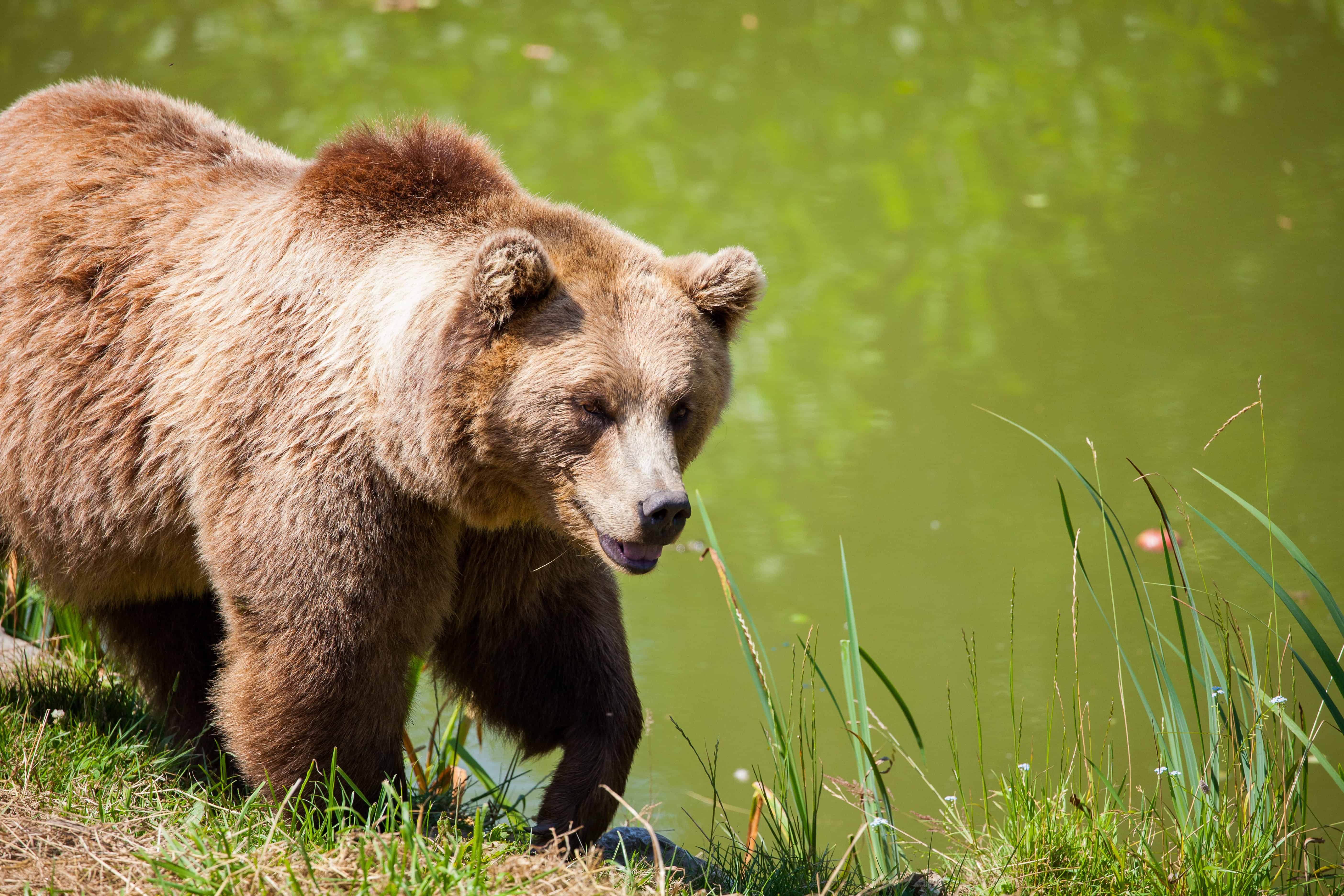 In general, a Grizzly bear is found in North America. It is quite a well- known species of the bear family. Grizzly bears are usually solitary animals, but they are known to be quite active animals. Males are stronger than females, Normally grizzly bears are more aggressive in nature. They will fiercely protect themselves as well their cubs from predators and other threats.

Which bear is known as the silvertip bear?

Grizzly bear is also known as the silvertip bear because it has silver colour in its fur.

Where does Grizzly bear hunt? 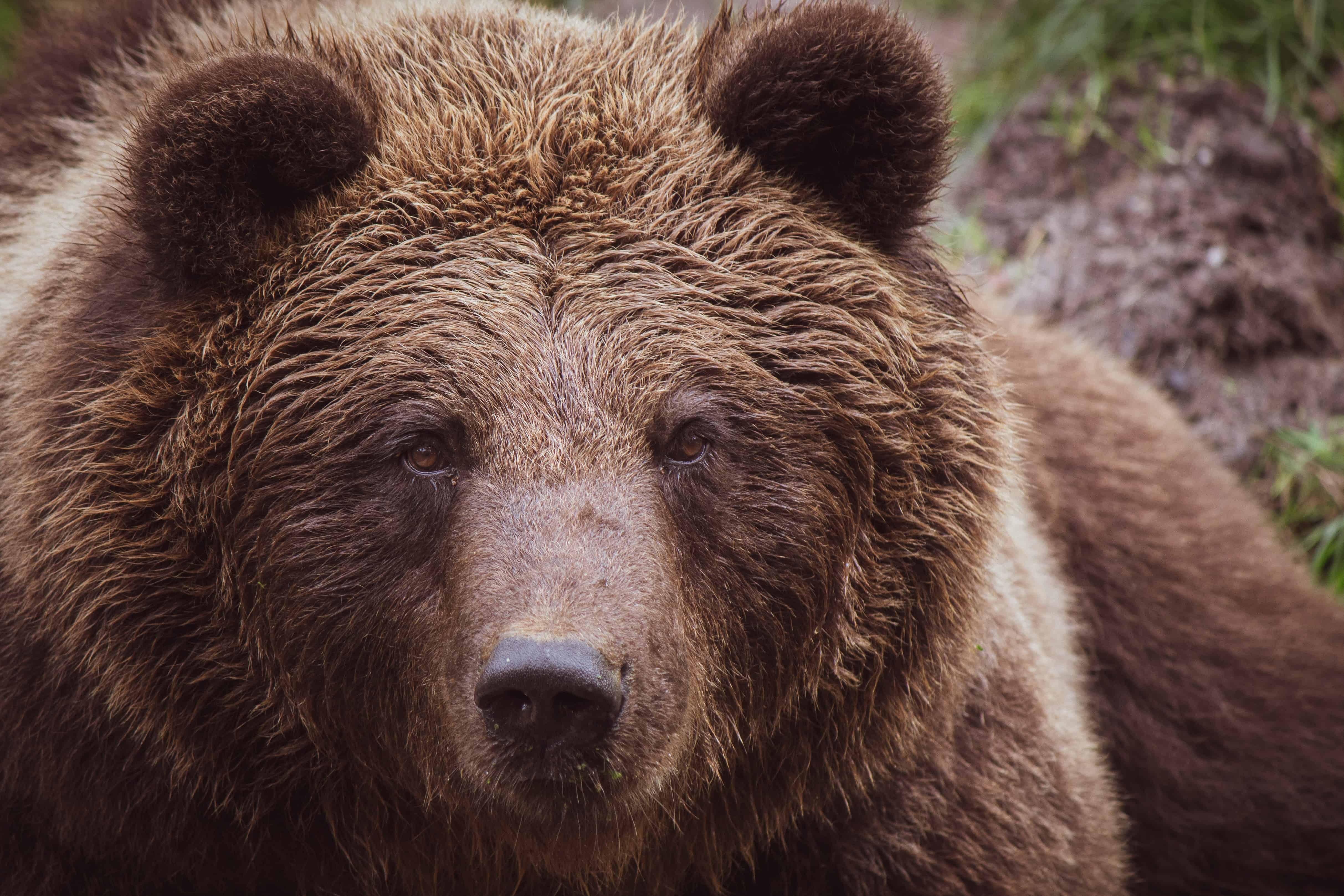 Grizzly bears usually hunt in rivers, lakes, streams and ponds in the coastal regions. These are also called as brown bears. These originated from Eurasia and later moved to North America.

How big is a Grizzly bear?

Being a large animal, it comes as no surprise that the average length of the Grizzly is 198 cm. It also has big shoulders and the size can be about 102 cm. In addition to this, the foot length of the bear is 28 cm. It has a small tail which is 5-6 cm. The average weight of a Grizzly bear can be 270 kg.

Where is Grizzly bear found? 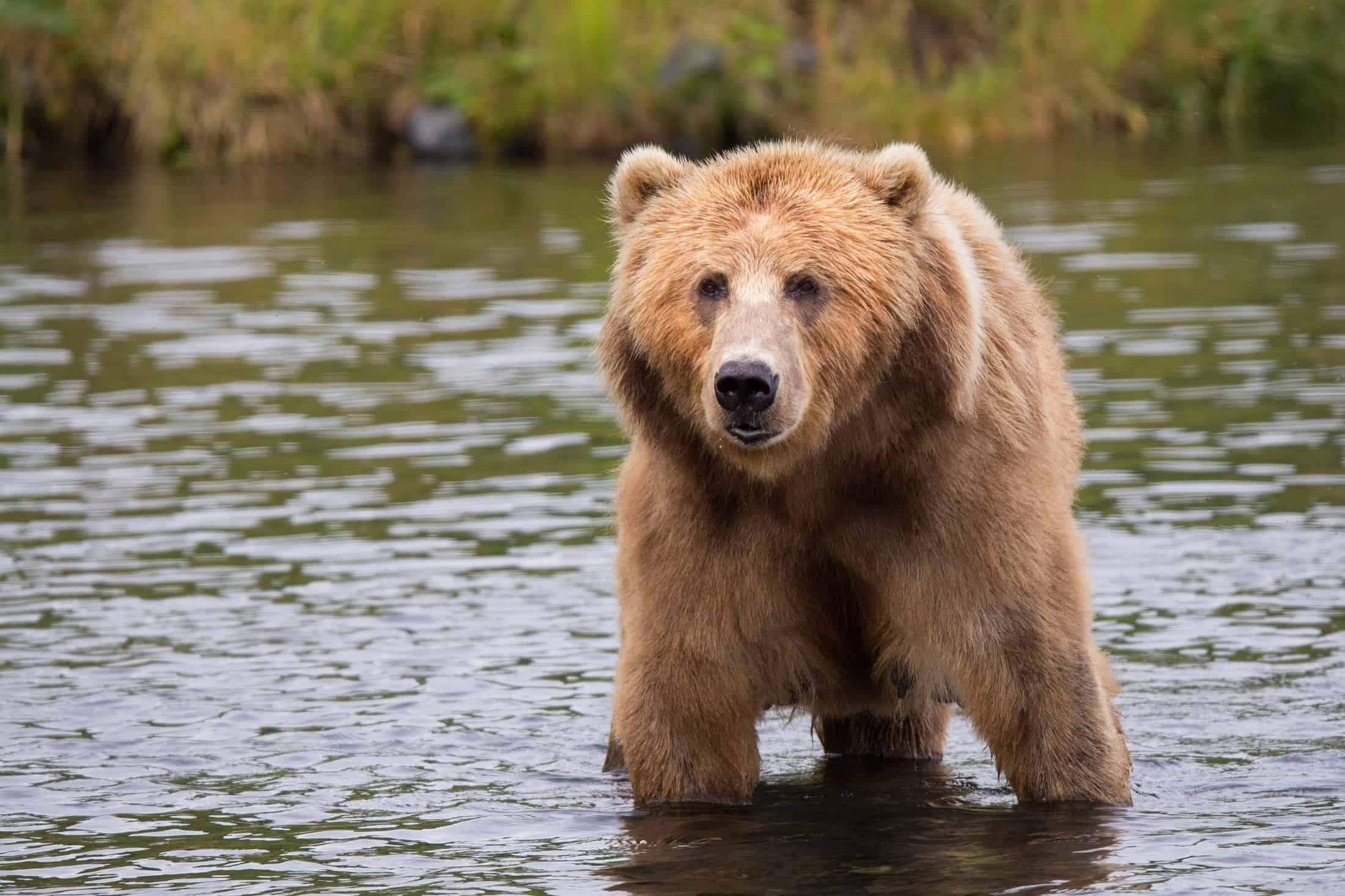 Grizzly Bears are not only found commonly in North America but also in Asia and Europe. Bears in different parts of the world differently due to their hunting activities.

What is the lifespan of Grizzly bear?

The estimated lifespan of the male is 22 years and female is 26 years.

What are some interesting facts about Kodiak Bears?

Kodiak bear is also called an Alaskan grizzly bear. Of course, it is one of the subspecies of the brown bear. Overall, Kodiak bears have developed complex communication as well as social structures to live together with minimal conflict. The Kodiak bear is present in good numbers and they reproduce and increase throughout the archipelago. Now its population is increasing.

What is the colour of the Kodiak bear?

Kodiak bears completely differs from others because it has orange coloured hair and its cubs retain white colour for a few weeks. The Kodiak bear also looks like a grizzly bear, but it differs from the latter in some aspects.

How large is a Kodiak bear?

Which Bear is larger- Grizzly vs Kodiak?

The answer is Kodiak Bear is larger than Grizzly Bear.

What does Kodiak bear eat?

Kodiak bear will be active during the daytime, and it is usually inactive at night time. Their diet includes salmon, seaweed, deer, berries, mountain goats, and whatever it can salvage.

Where does Kodiak bear live?

How do Kodiak bears hunt?

These kinds of bears have a very sensitive sense of smell. At the same times, it also has a great hearing ability as this is a natural adaptation to locate prey. It can defend against most dangers. The Kodiak bears stand on their hind legs to investigate sounds as well as smells.

If you are interested in Grizzly Bear vs. Kodiak bear fight comparison then you should go with the article-

Kodiak Bear vs Grizzly bear- who will win the fight?

Both Grizzly and Kodiak come under Brown bear, but the Kodiak is much larger when compared to Grizzly. In general, the population size is larger of Grizzly than Kodiak.

In many scenarios, Kodiak bear will win the fight because it is larger in size and with more stamina than the grizzly bear. But size is never a good way to estimate tenacity because Grizzly bears are aggressive by nature so that it can fight well against its opponent.

Watch the video of Kodiak Bear & Grizzly bear comparison below:

I hope you like reading on Grizzly bear vs Kodiak bear.