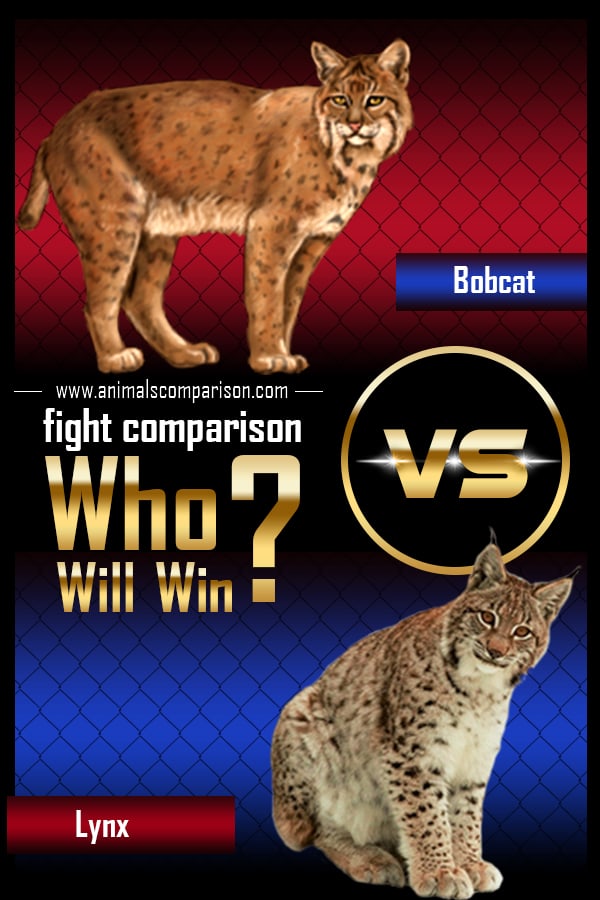 In general, the world of taxonomy can always be a tricky place; even now wildlife lovers are very much interested in understanding the exact difference between Bobcat Vs lynx including their appearance.

These two animals look very similar, but each one has its own interesting characteristics. In general, the lynx and the bobcat are identical to the untrained eye. To recognise the difference, check this article.

Must Read– Baboon vs Hyena

Is Bobcat smaller than Lynx? 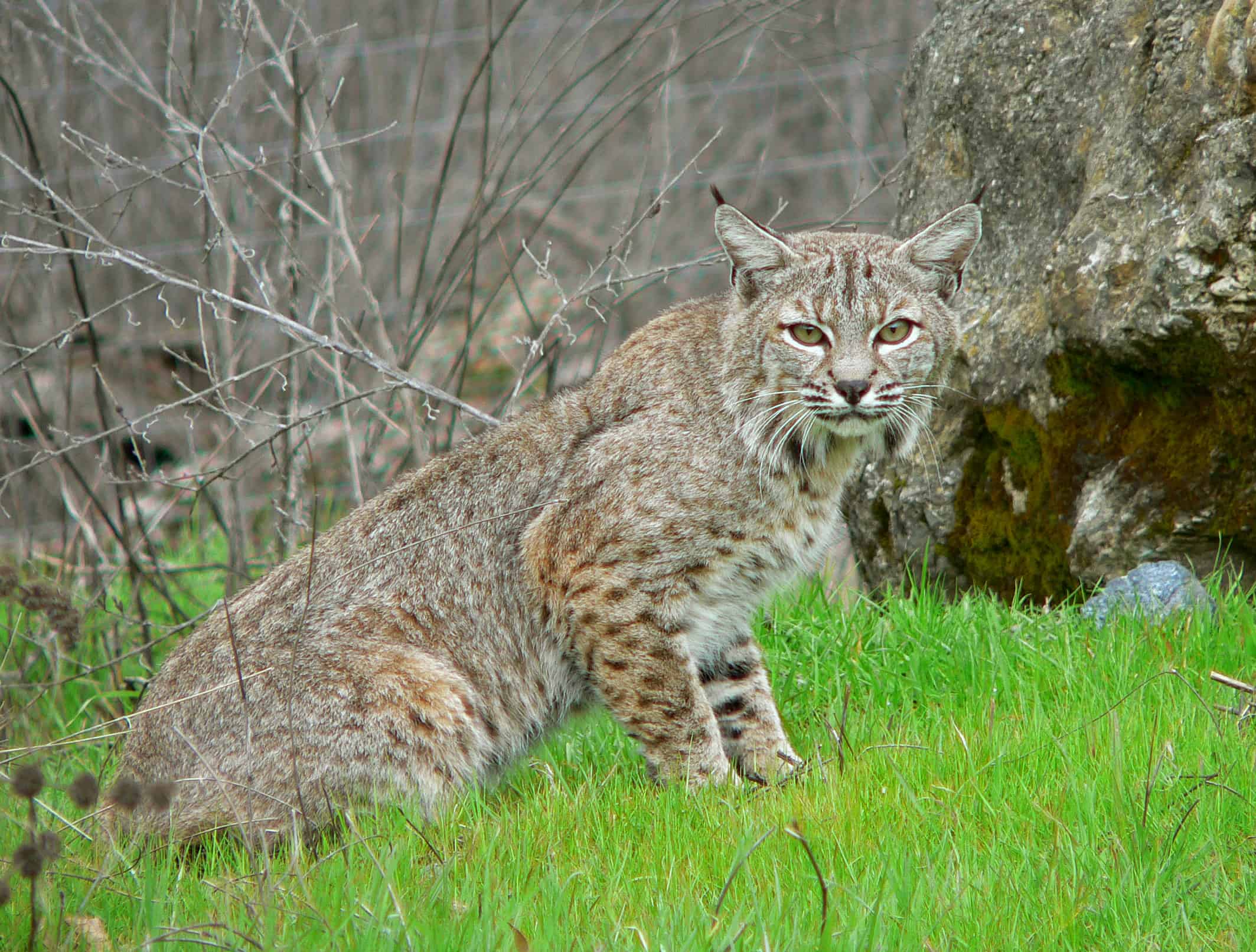 A Bobcats is smaller than a lynx and it also has shorter legs, but it has delicate paws.

Who is more aggressive- Bobcat vs Lynx?

Bobcats are very aggressive in nature. For many years they were hunted for their fur.

How does a Bobcat look? 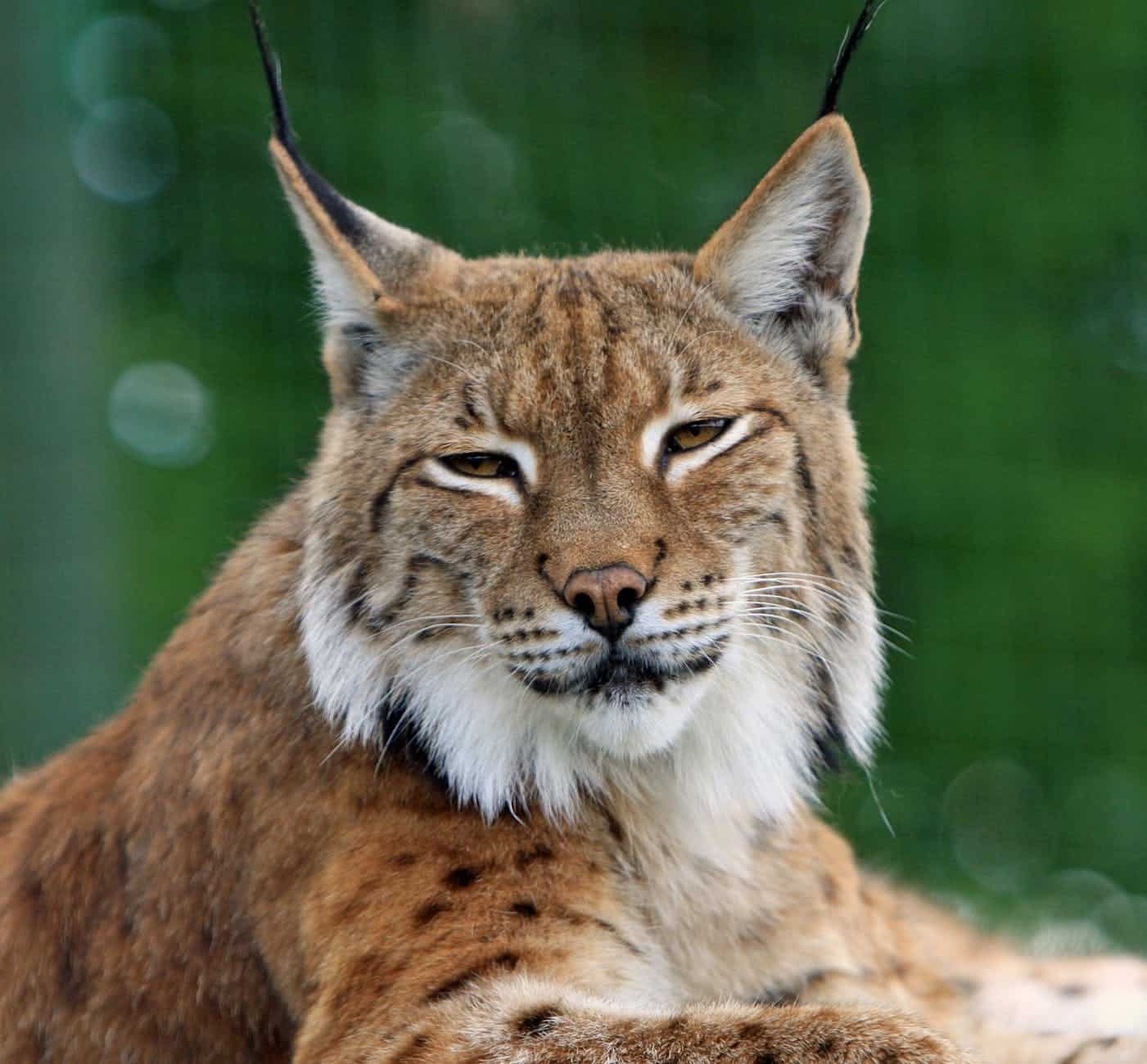 In terms of appearance, a Bobcat has shorter ear tufts which makes them look like a large housecat.  On the other hand, it has variegated brown coats. It even has a grey with black spots as well as black stripes on its tail. 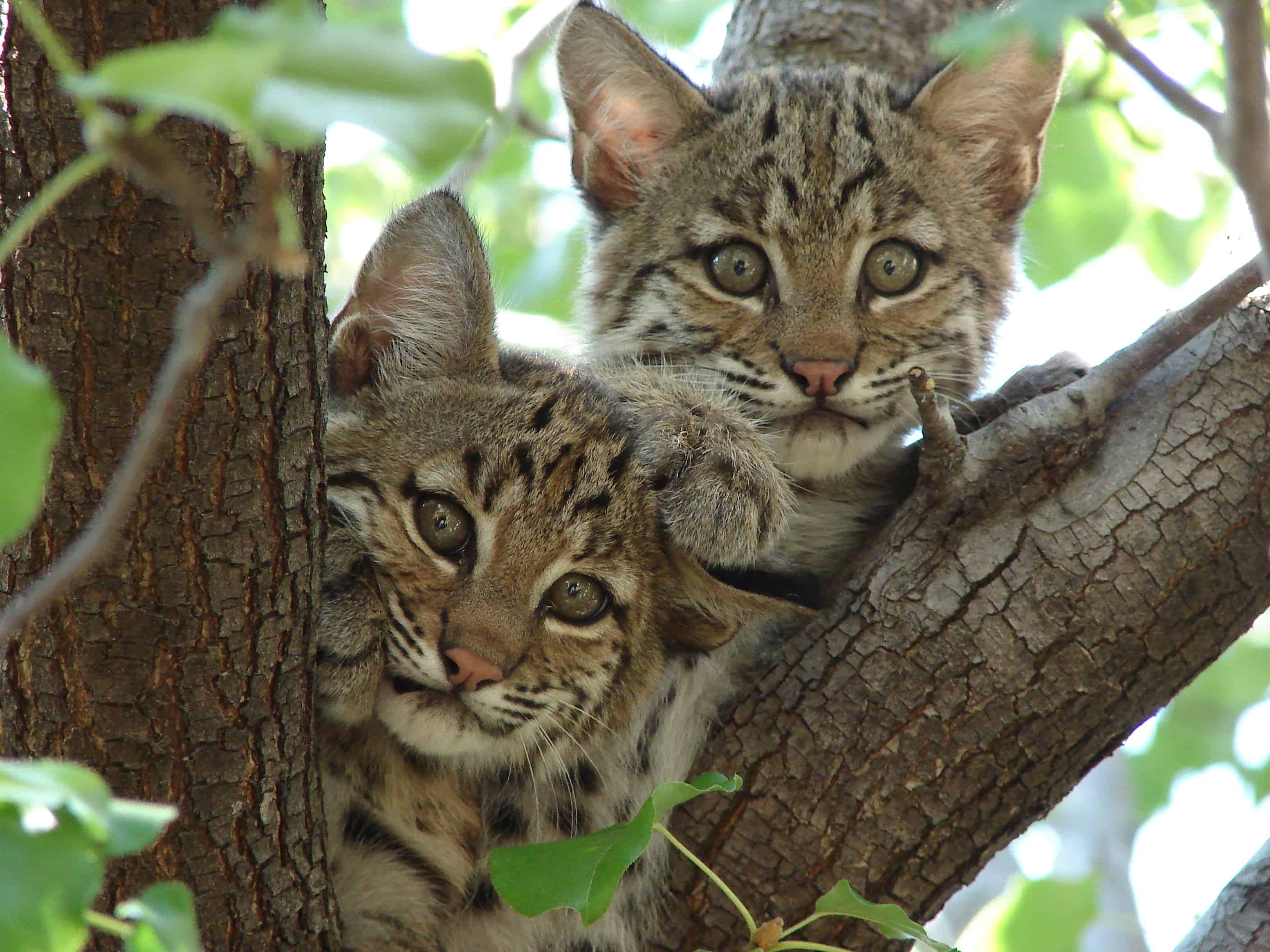 Usually, the bobcat is commonly found in the United States and they also thrive in almost any habitat including desert fringes, forests, swamps, etc.

What does a Bobcat eat? 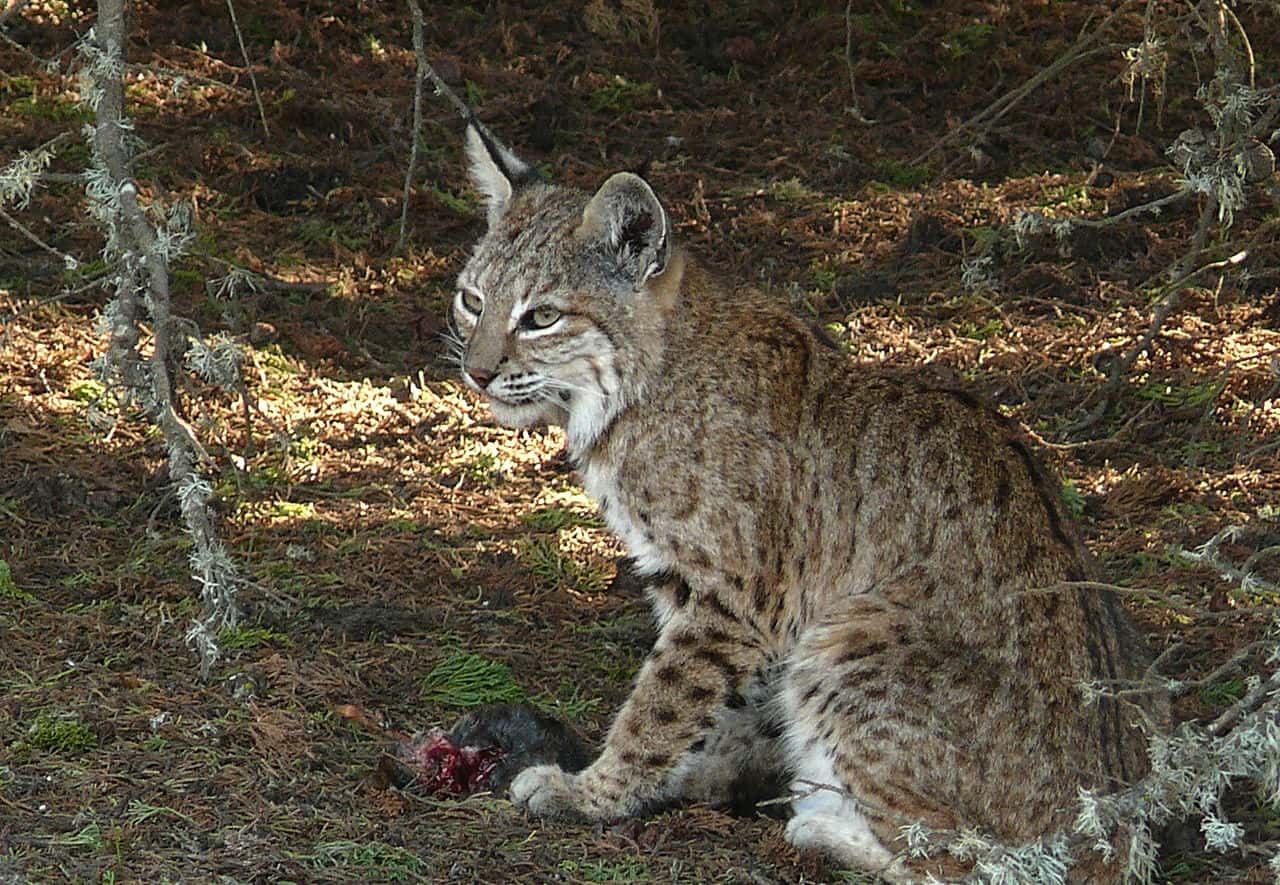 Overall, Bobcats are predators and like to eat rabbits. At the same time, they also hunt smaller animals including mice and birds,  even sometimes bring down a deer. Most of the times they prefer to eat birds, rabbits, birds, rodents, and small creatures. They are extremely adept at killing adult white-tailed deer. They can kill adults with weight around 250 pounds or more.

How much Bobcat weigh? 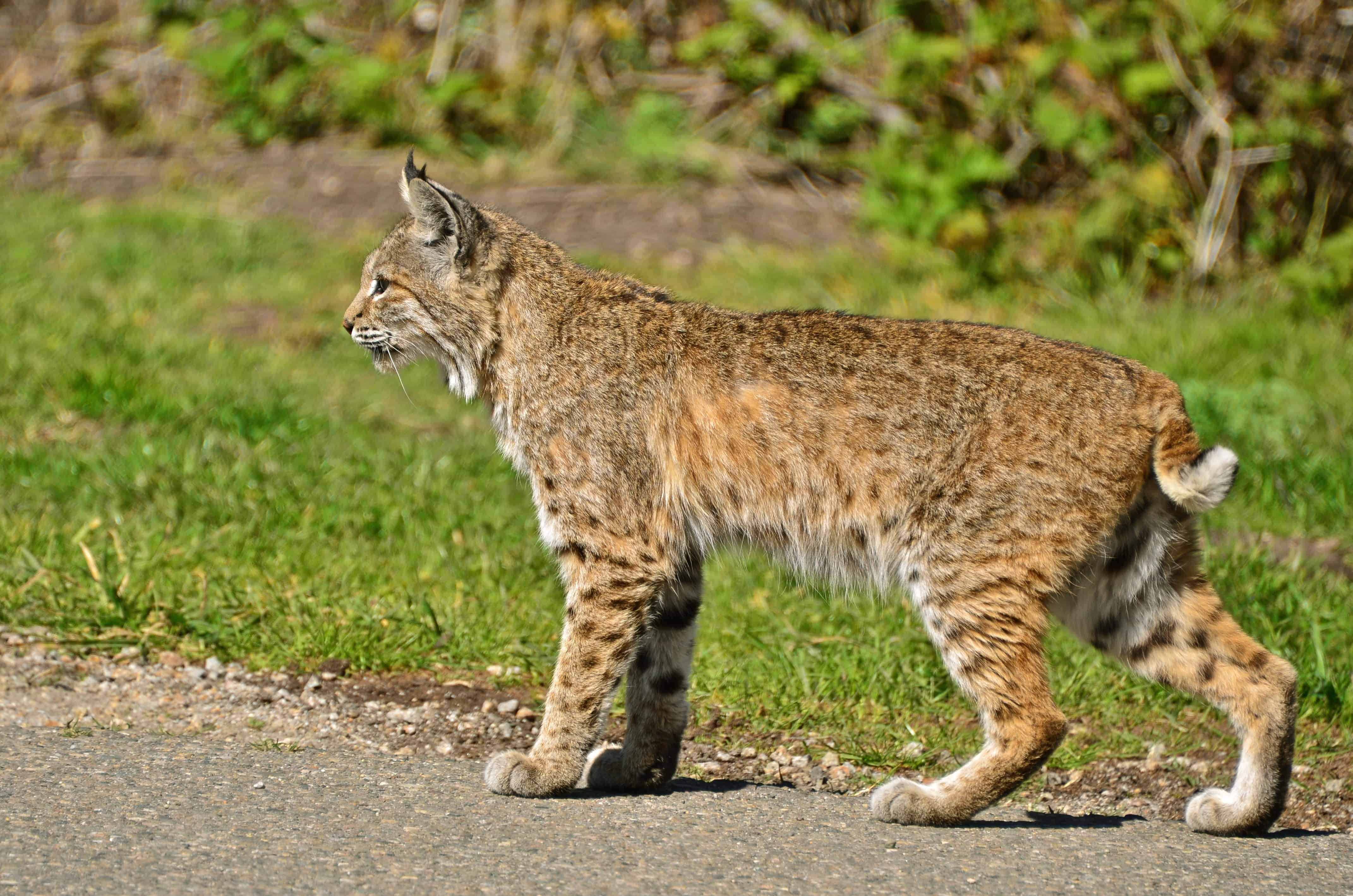 Is Lynx is heavier than Bobcat? 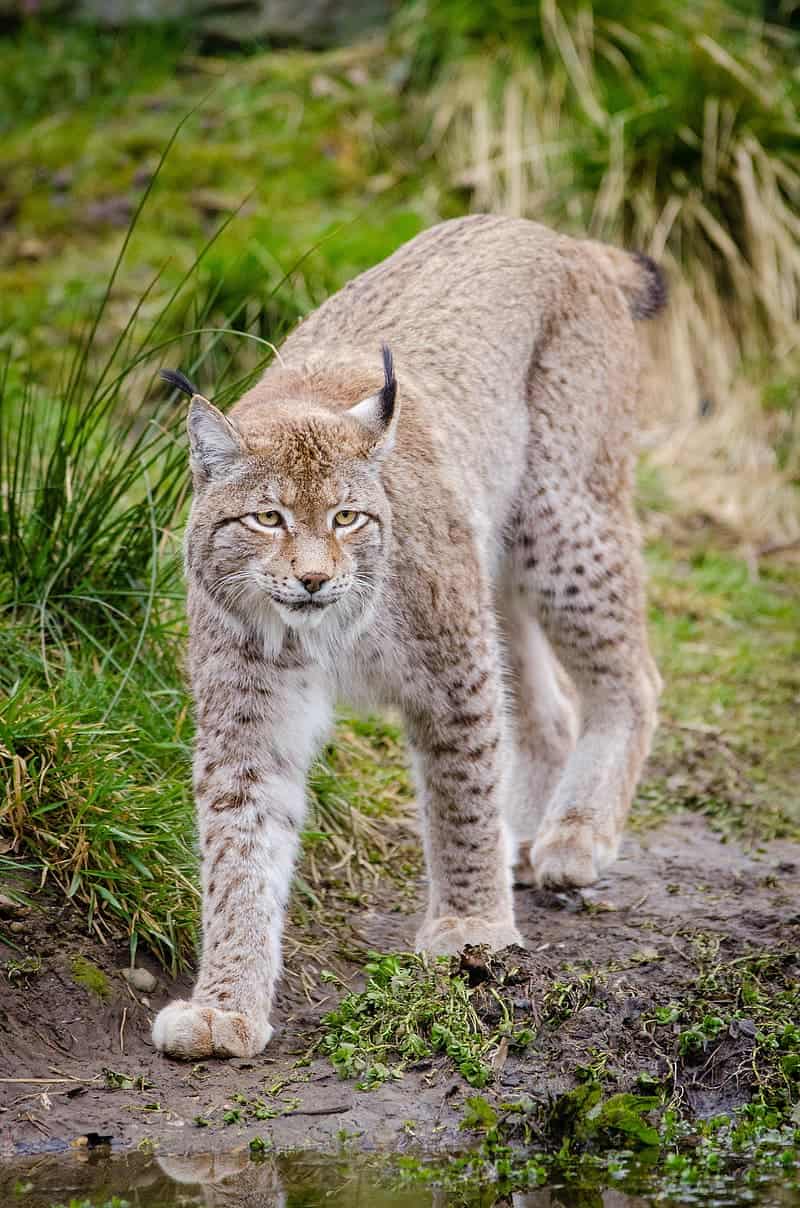 Lynx is larger than Bobcat and they weigh around 85 pounds.  Lynx is possibly the rarest of all cats. Usually, they are reclusive animals and prefer to live away from human contact. 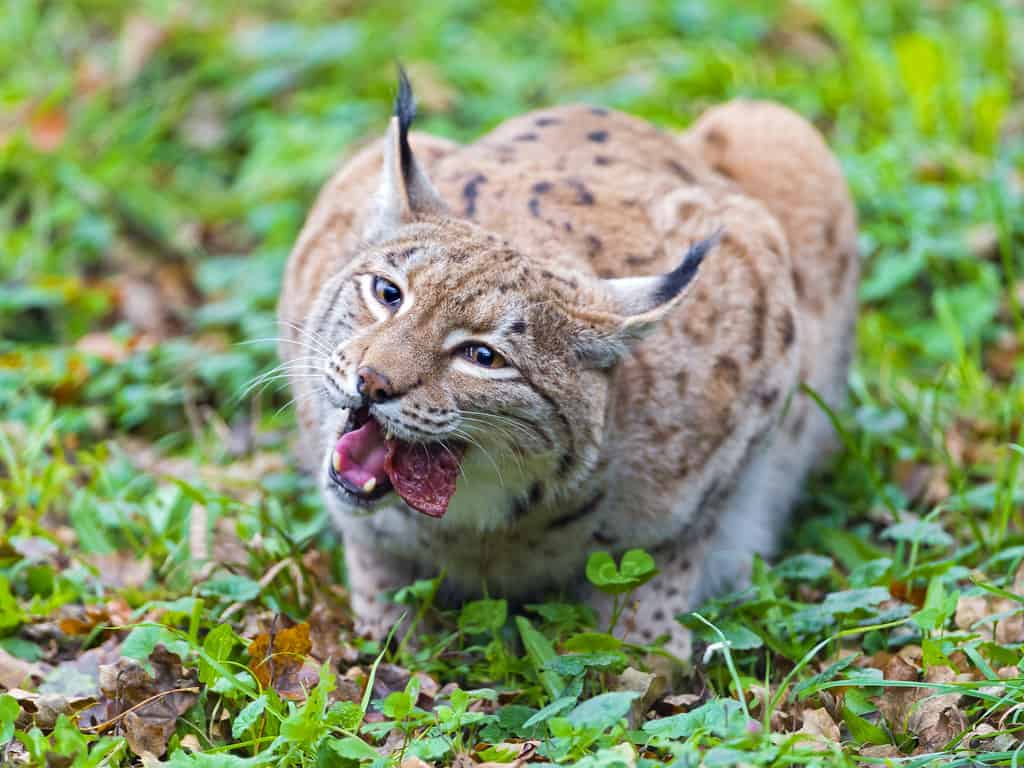 Most notably they also have ear tufts, which will extend over an inch in length. They also have longer legs and wider paws than bobcats. In addition to this, the coat of lynx also has different shades of grey. It has short and coarse for the milder Mediterranean climate.

Where is Lynx found? 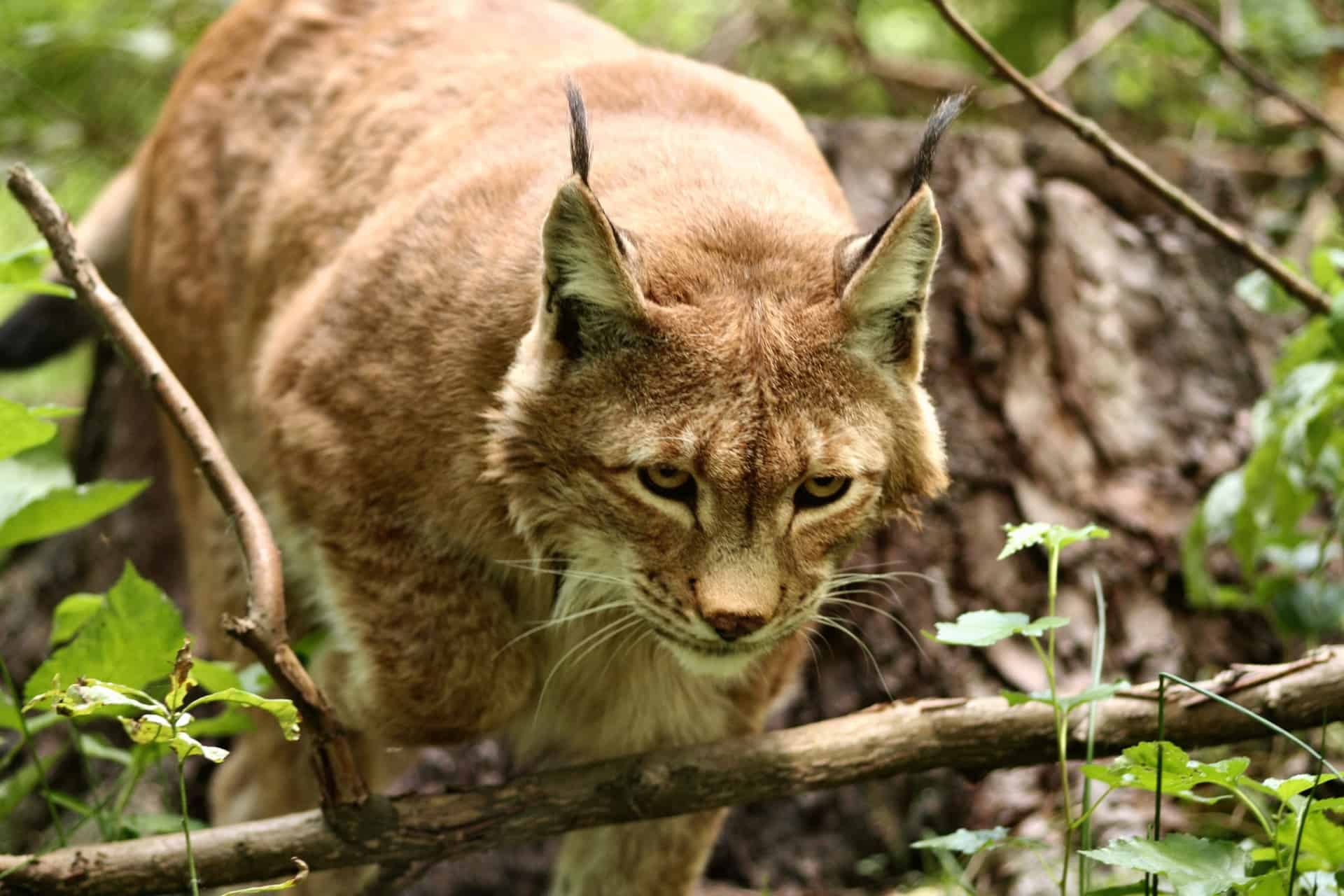 What does Lynx eat? 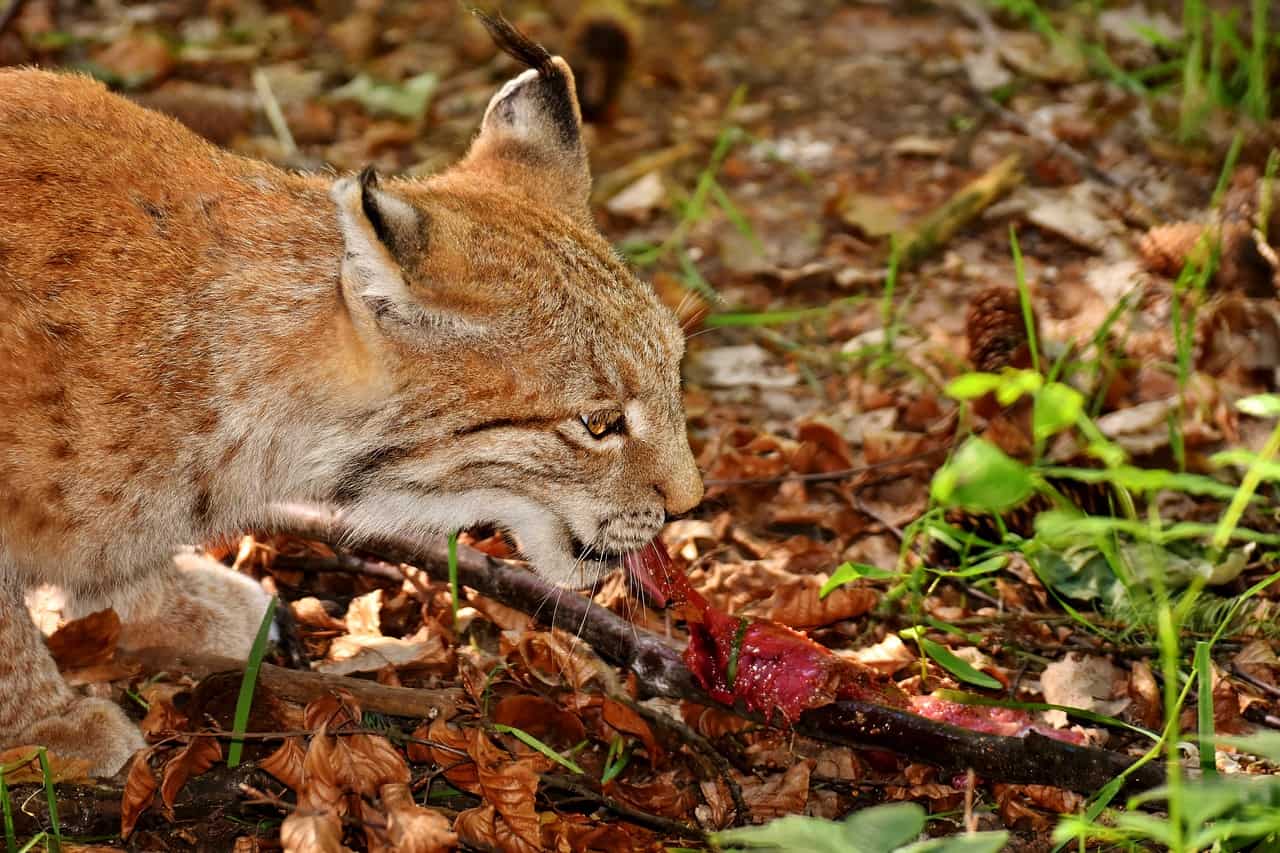 Lynx is a predator as well and they also prefer rabbits over any other animals, but snowshoe hare is another favourite prey of the lynx. The lynx is an animal that is very dependent on its prey. 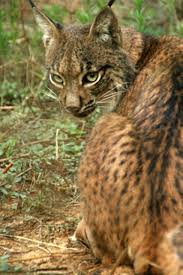 Some species of lynx-like the Iberian lynx is listed as endangered species.

What are the different species of Lynx? 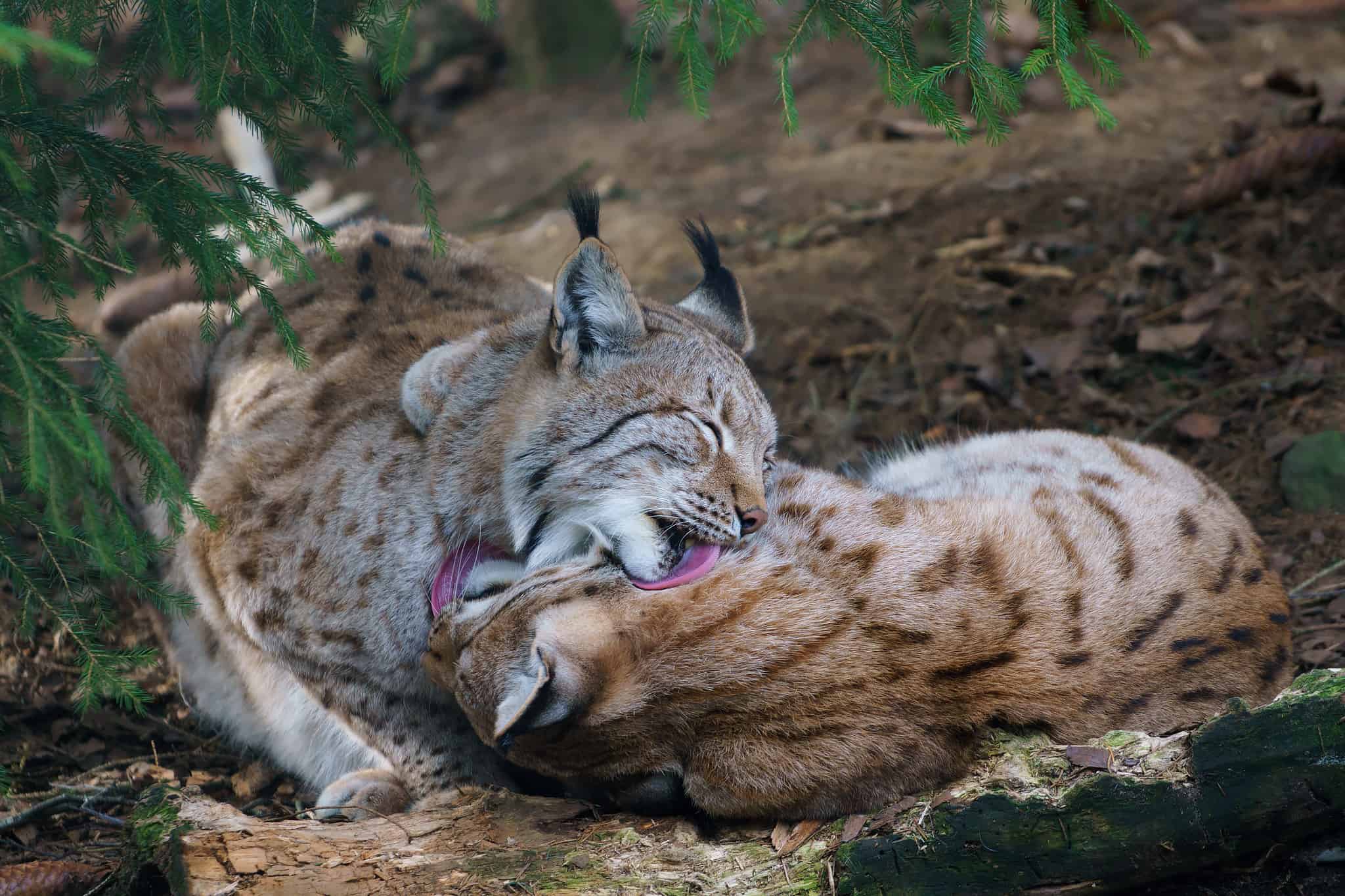 Four different species that belong to the Lynx group includes Eurasian Lynx, Canadian lynx, the Spanish lynx and the fourth one is the most common cat native to North America called as the bobcat.

Bobcat vs Lynx- who will win the fight?

Both a lynx and a bobcat look very similar, but a lynx is bigger and they also have a hairy face and a plain coat of grey.  Overall these two animals have similarities yet at the same time have some difference in their behaviour and nature.

Usually, Lynx prefer to live in forests, and it will hunt rabbits quite exclusively, but Bobcats have different diet regimen and a different a behaviour when compared to the lynx.

You can also watch Lynx vs Bobcat fight comparison video below.

Bobcats are aggressive in nature, and it has an aggressive hunting style. With bold behaviour and hunting style, it will fight well all the time, In most of the fights, the bobcat will beat the lynx.

I hope you loved reading the article on Bobcat vs Lynx fight comparison.