Eagles are symbols of strength. They are known as one of the strongest birds. The two well-known types of eagles are Golden Eagle and Bald Eagle. Former is known for preying mammals and later as Fish eater. Although they are from the same class of birds, they have many differences. Some people are interested to know who would win in the fight Golden Eagle vs Bald Eagle. Let’s have a comparison between the two birds.

What are the interesting facts about Golden Eagle? 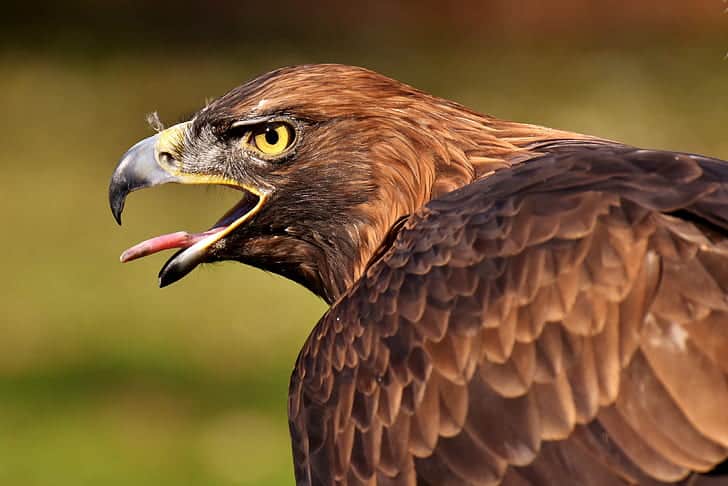 The Golden Eagle is the national bird of Mexico, Austria, Kazakhstan, Germany, and Albania. This makes it the most common national animal in the world. The bird is brown at the head with golden feathers at back. The golden eagles are not social in nature, and they can tolerate their mates only. So, their behaviour towards other golden eagles will be as aggressive as it would be with others.

Why is the Golden Eagle known as the Booted Eagle?

They have feathers up to their feet so the Golden Eagles are also known as Booted Eagles.

How big is a Golden Eagle? 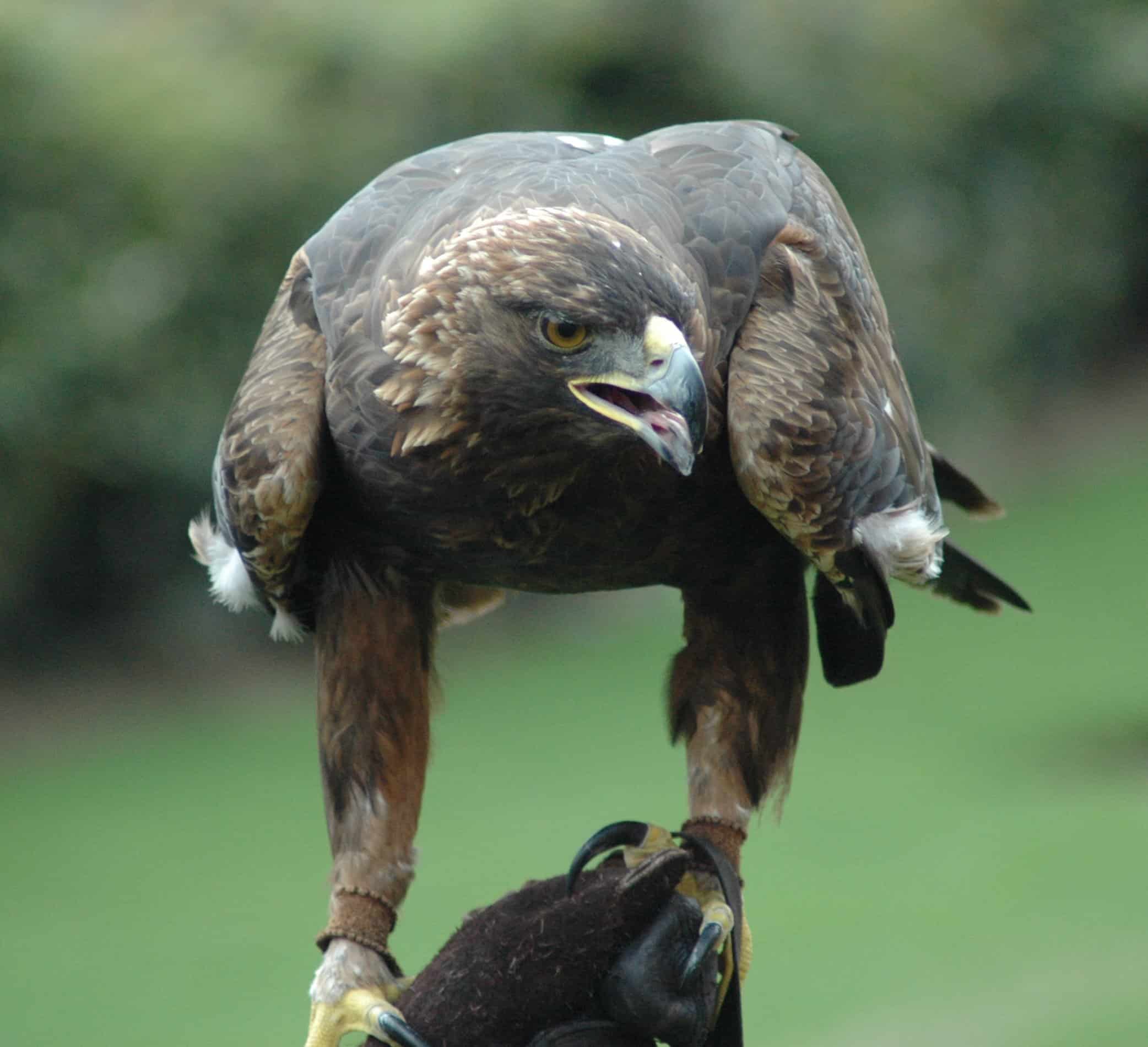 How long can a Golden Eagle live? 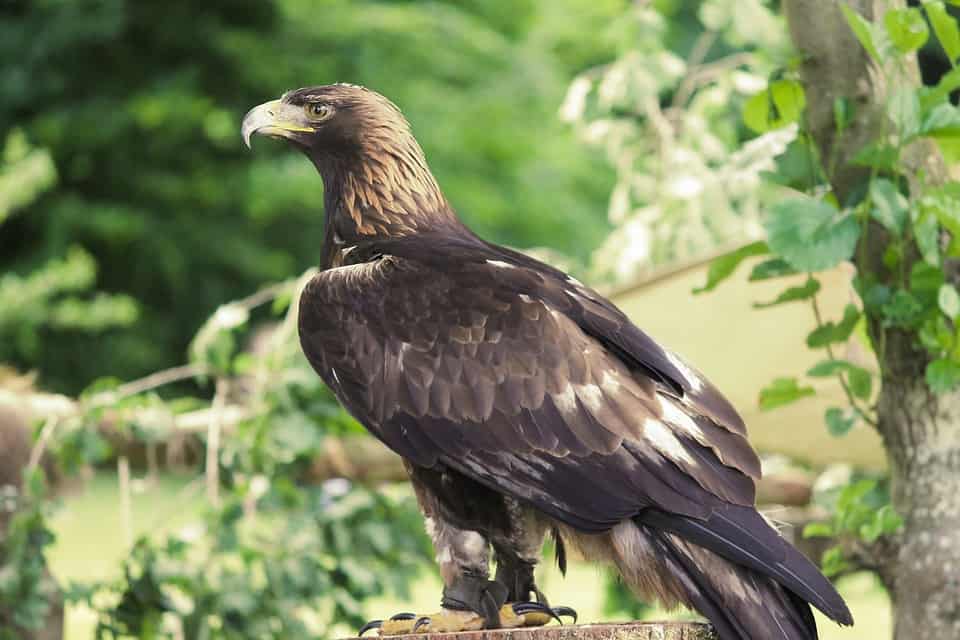 A wild Golden Eagle can live up to 30 years whereas a captive one will live up to 55 years.

Where are Golden Eagles found? 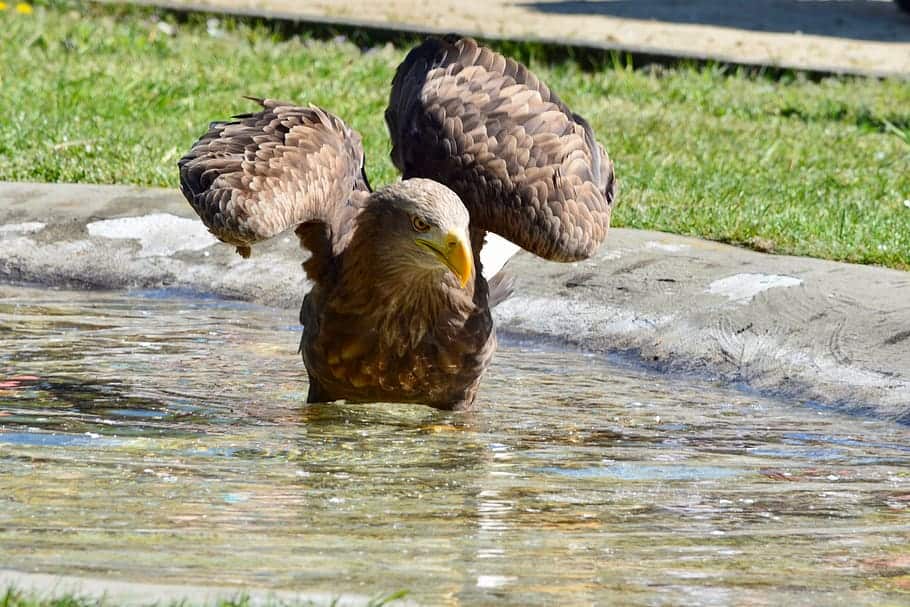 Golden eagles are native to the northern hemisphere. They can be found in North America, Europe, and parts of Asia and Africa. In the United States, you can find them near the river Mississippi. Mostly, they like to live in the mountains, plateaus, and desert areas. Usually, they build nests with large sticks on tall trees and cliffs.

What are some interesting facts about Bald Eagle? 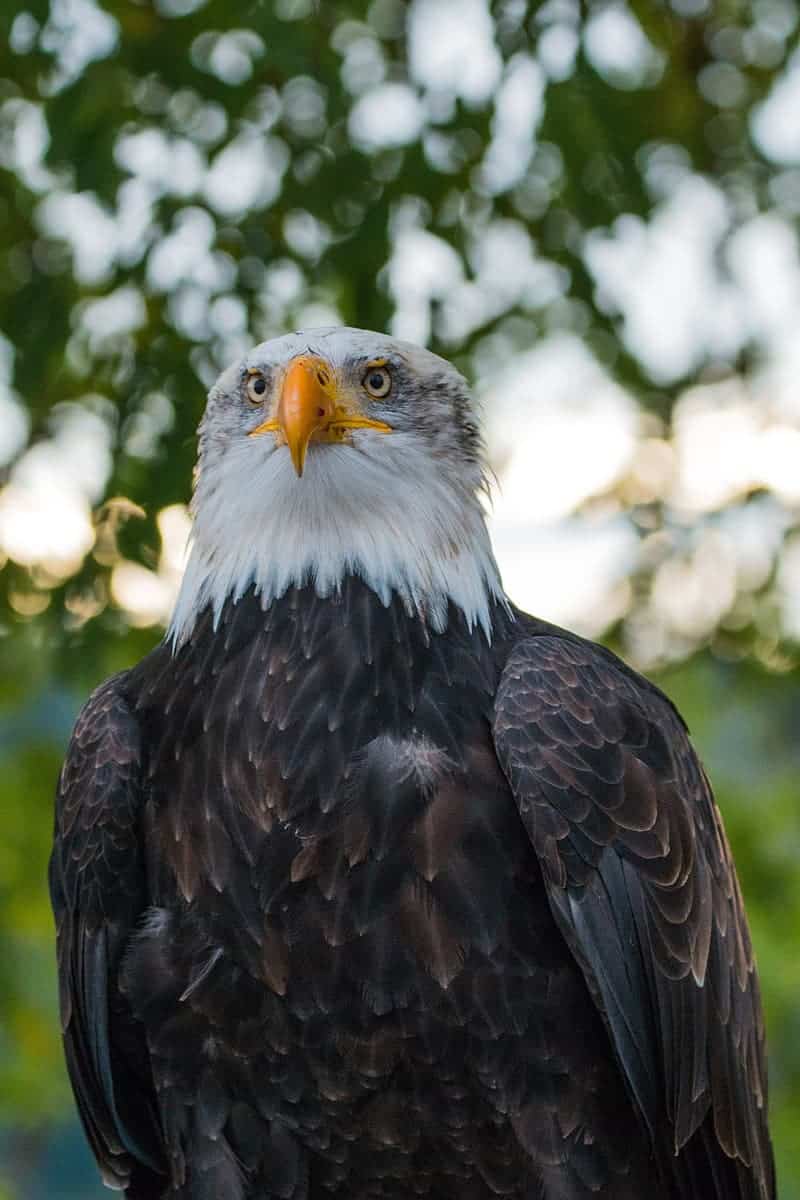 The Bald Eagle has been recognized as the national symbol of the United States. Though the name has ‘Bald’ word, the bird actually has white feathers on its head. The body of the eagle is brown but it has white feathers on its tail and head thus giving it a look of being bald. If we talk about the Bald Eagle’s nature, they are more social. They can tolerate other eagles easily.

What is the size of a Bald Eagle? 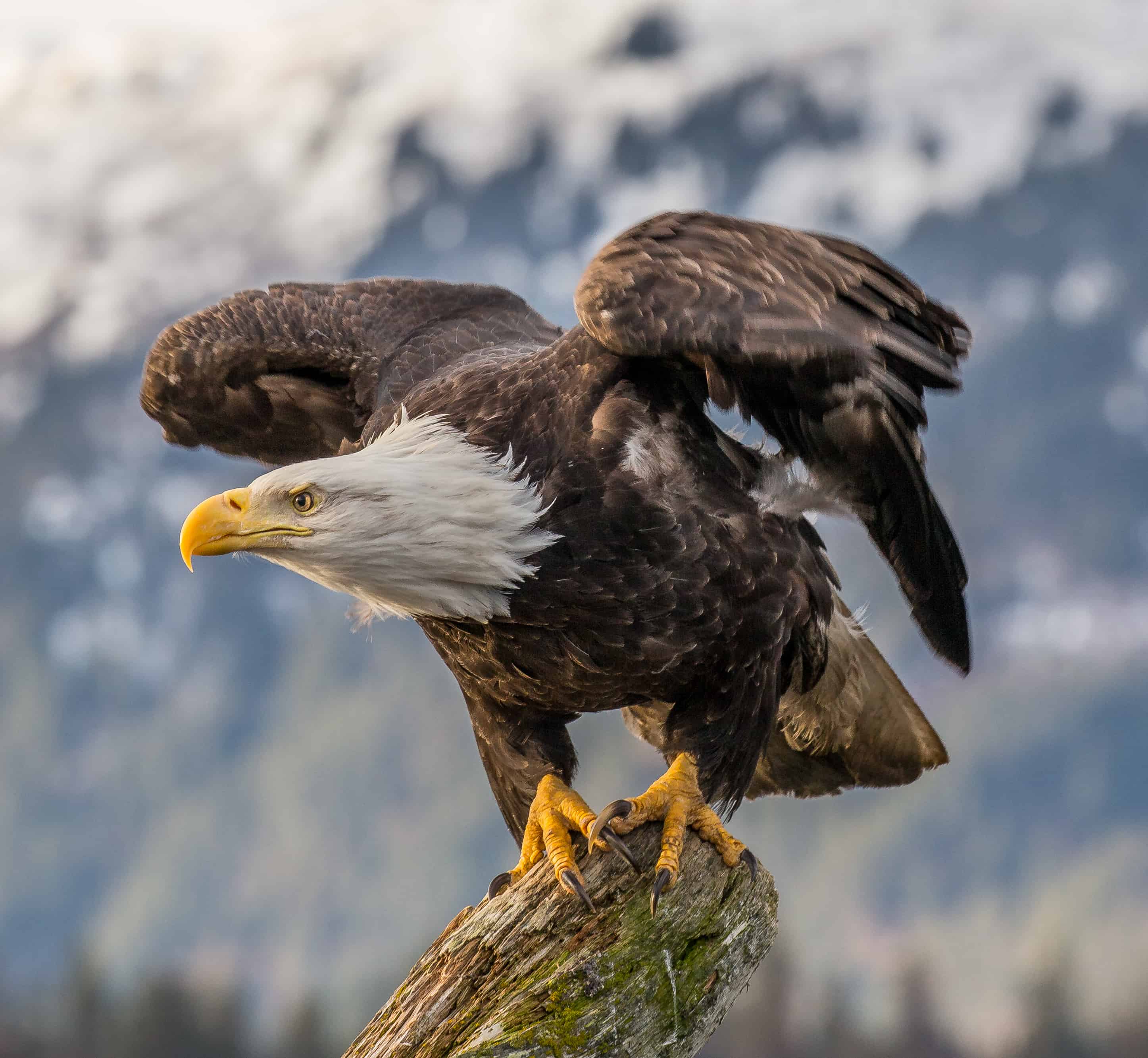 How long can a Bald Eagle live? 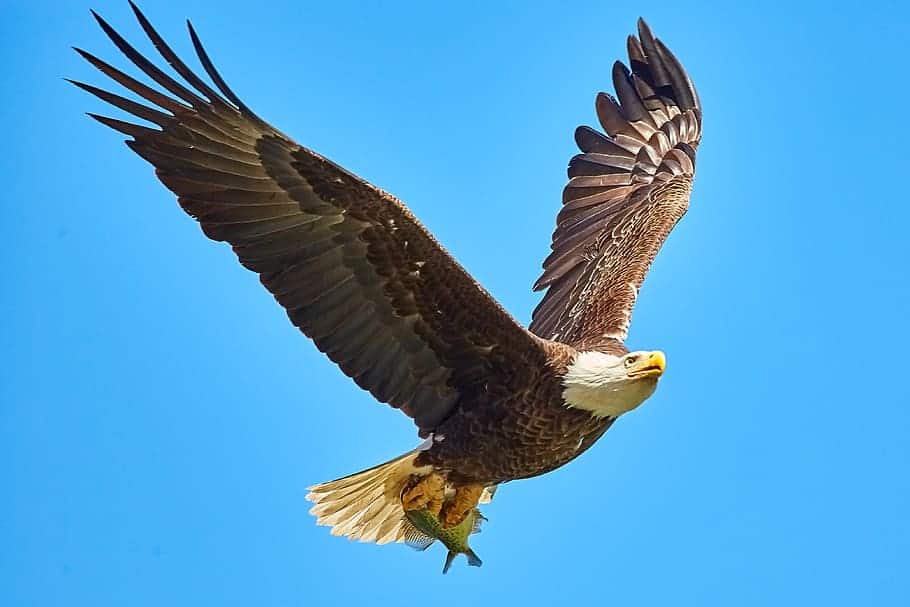 The lifespan of a wild Bald eagle ranges from 30-35 years. However, a captive Bald Eagle can live up to 50 years.

Where are Bald Eagles found? 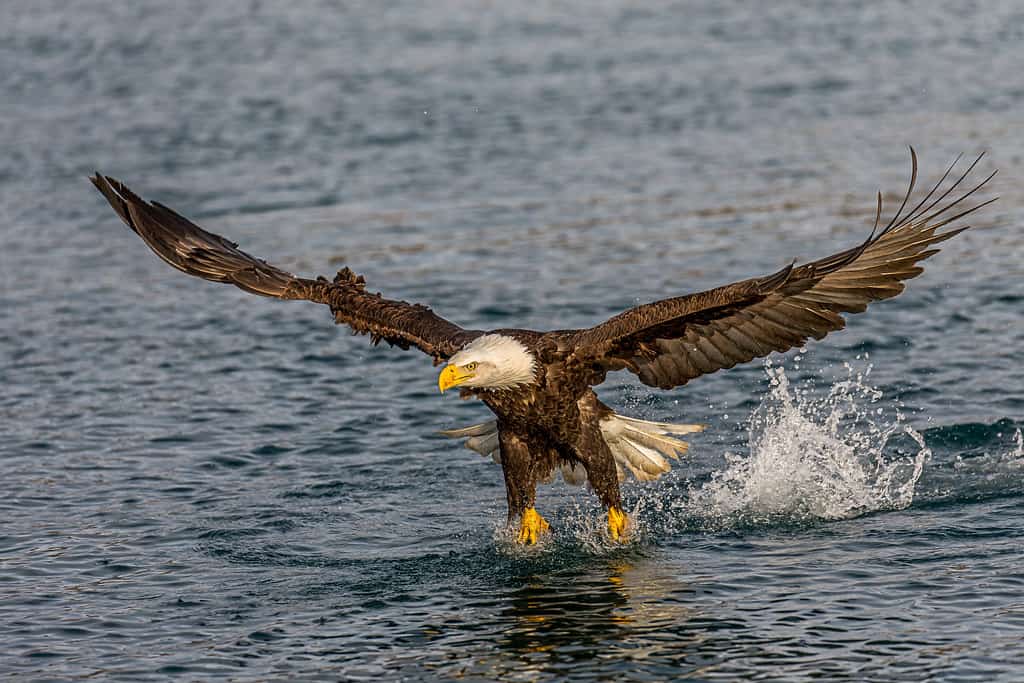 The Bald Eagles are found in United States, Canada, Mexico and Alaska. These eagles are mostly found close to water bodies as they can easily find their prey in such places. Bald eagles make their nest usually in aged forests where there is less human interference.

Golden Eagle vs Bald Eagle fight comparison- Who will Win?

It would be really interesting to watch the fight between these two strong eagles as both are equally competitive.

Bald Eagles are mainly fish eaters they usually hunt fishes and geese-sized animals. Very occasionally they hunt dogs too. However, Golden Eagles are mammal hunters. They can eat rabbits, small animals, and even small deer. In size, Bald Eagles are bigger than Golden eagles. Golden Eagles kill animals by stabbing them, ripping tissues and also crushing their bones.

Because the Bald eagle’s feet are not made to hunt terrestrial animals, they are not as strong as Golden Eagle’s. In Golden eagle vs Bald eagle fight, the Golden Eagle would win as they are more determined, agile in flight and their feet are stronger than Bald Eagle’s.

I hope you like reading comparison on Bald eagle vs Golden eagle.