A compact size yet fearless dog breed, Maltese is loved by all people. Its sleek, white, floor-length coat gives it the noble-look.

Because of this dog’s long history, it was given numerous names. Some of it is “Melitae Dog,” “Ye Ancient Dogge of Malta,” the “Roman Ladies Dog,” the “Spaniel Gentle,” the “Maltese Lion Dog,” and the “Maltese Terrier.” Now we know this dog as Maltese.

The Maltese dog is one of the oldest toy dog breeds, existing over 28 centuries back. It’s no wonder that this breed has been a huge part of history. In fact, Maltese was mentioned by Aristotle. Greeks built tombs for their Maltese dogs, and Maltese-like dogs were found on Egyptian artifacts.

It is believed by many Egyptians and Europeans that this breed is capable of curing people, hence its name “The Comforter.”

Because it has existed many years ago, its exact ancestry is unknown. Others believe that Maltese was developed in the Isle of Malta, or in Italy, or even in Asia. Regardless of its origin, Maltese was gladly received by people.

By the 15th century, Maltese was introduced to French aristocrats and was fully loved by them. By the 16th century, it became a treasured pet of royalties all over the world. It was best-loved by Queen Elizabeth I, Mary Queen of Scots, and Queen Victoria. By the 17th and 18th centuries, Maltese experimented which resulted in the almost destruction of this breed.

English breeders created the Maltese that we know today. They became extremely popular because they are one of the most favored breeds among viewers at dog shows.

In 1888, the Maltese were recognized by American Kennel Club.

Maltese is famous because of its straight, silky hair that falls all the way to the ground. When this dog moves, it’s pure elegance and it looks like it’s moving around the clouds, thanks to its all-white coat. Although many years back, Maltese came in many colors.

Its head is slightly rounded, the gumdrop nose is black with ears dropped. Its eyes are big, dark, and alert. The legs are short, but the tail is poised. Every movement of this dog is sophisticated and free-flowing. 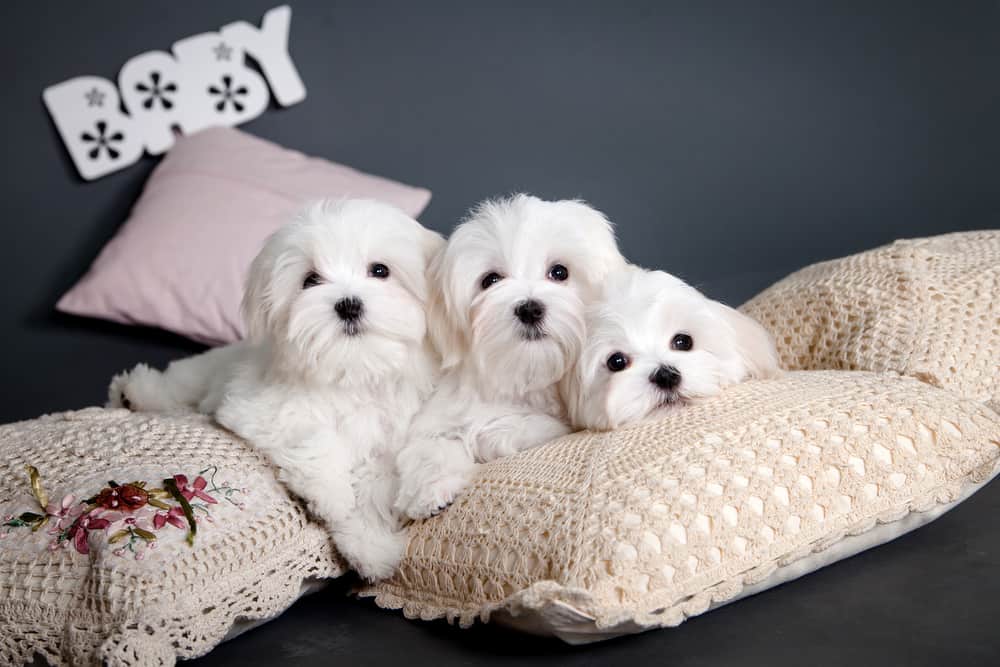 The male Maltese stands between 8 to 10 inches at the shoulder. Meanwhile, female Maltese is slightly smaller, standing around 8 to 9 inches tall. Regardless of their gender, Maltese should weigh not more than 7 pounds.

Some breeders offer “teacup” Maltese – keep an eye on that since Maltese weighing four pounds or less is more likely to get genetic disorders and conditions. 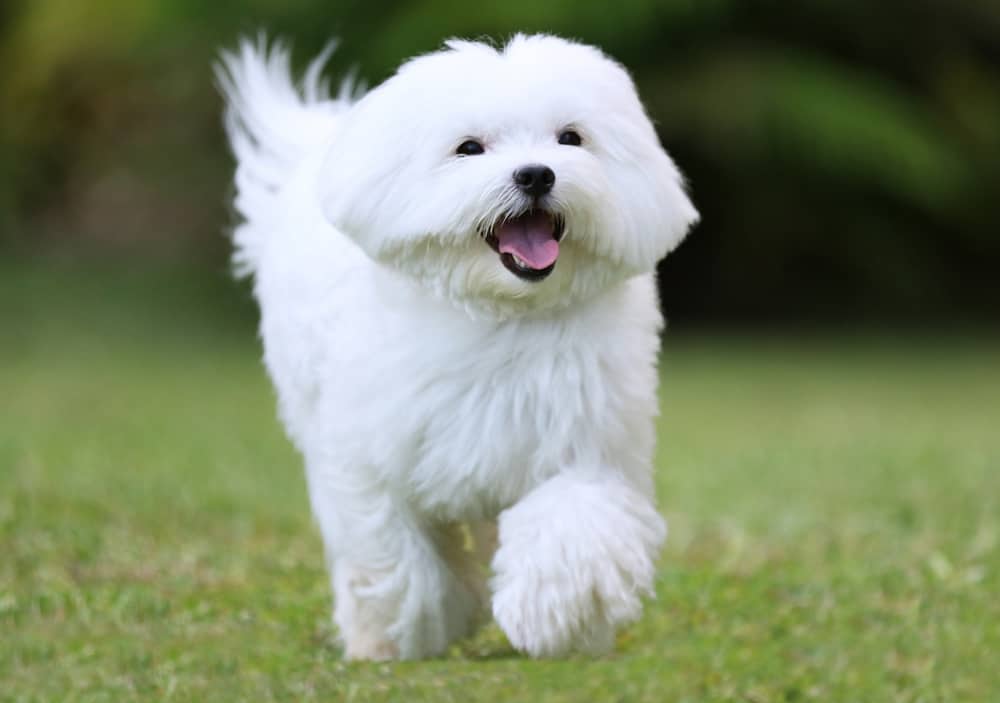 Because of their compact size, Maltese can live between 12 to 15 years. Some may even live up to 18 years, which means they have fairly good life expectancy compared to other average dogs which live between 10 to 13 years.

Because Maltese lacks an undercoat, it sheds only little which is why most people consider this dog hypoallergenic.

Although it is a low-shedder, its coat can easily become dirty, and its face is prone to tear stains.

Daily brushing is essential for Maltese to keep their coat mat- and tangle-free. If, in some cases, your Maltese has developed mats, try to fix it gently with your fingers with the use of conditioning oil or spray. Don’t pull the tangled hair at once with a brush because it’ll hurt your dog.

Since Maltese becomes easily dirty, they must be bathed every week. Make sure there are no mats on their hair as it tends to get tighter when wet. 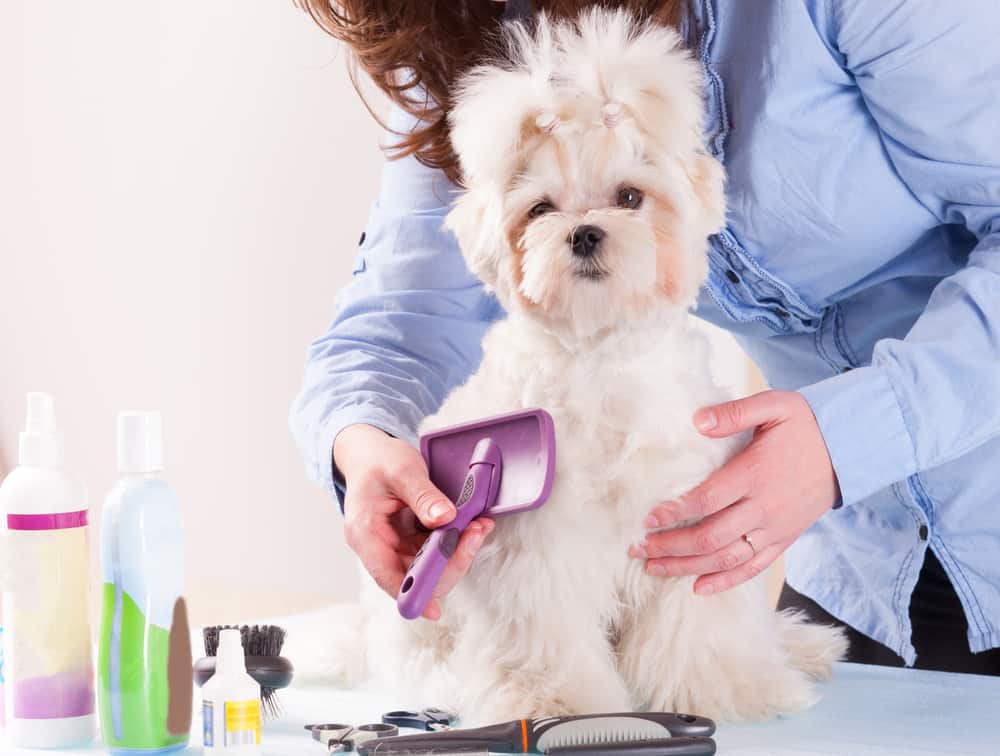 The Maltese are an affectionate, sweet, loving dog with a playful personality. It can effortlessly make everyone smile with presence. Maltese are fearless and would greet anyone, people or animals, as a friend. Because of its lively temperament, Maltese loves learning new tricks, making it a highly trainable dog. This dog makes excellent watchdogs as it will alert you to unfamiliar noises.

Maltese ranked 59th out of 79 breeds under the working or obedience type intelligence assessed by Stanley Coren – a psychologist and author of “The Intelligence of Dogs”. Don’t be too bothered, though as it is only one aspect of canine intelligence and it does not make them completely foolish or unintelligent. Maltese have a high adaptive IQ, making them intelligent hunters and very skilled in learning abilities from past experiences. 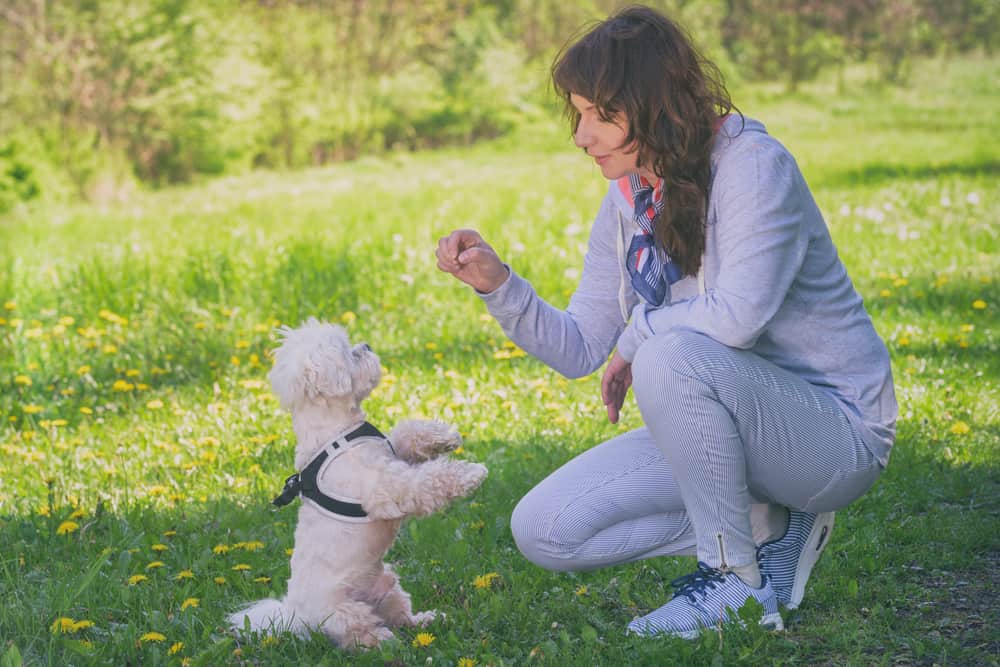 Maltese are playful, athletic dogs and they make great little athletes on canine sports such as agility courses, obedience, rally, and tracking.

They do not excel only as a companion and as a canine competitor, but they also make excellent therapy dogs, thanks to their affectionate and lively personality that can put anyone in a good mood. 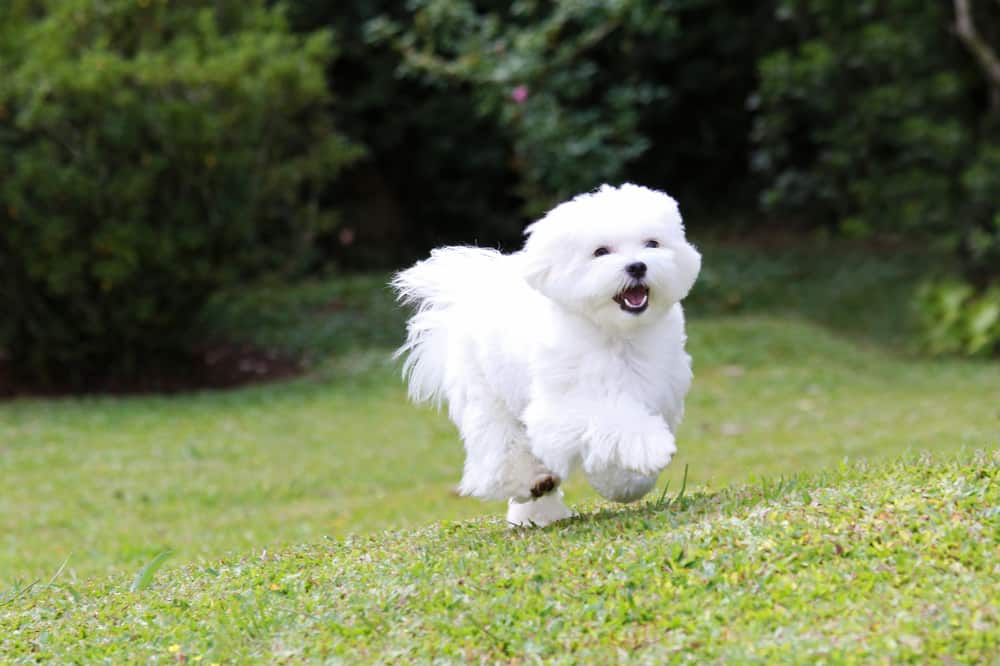 Although full of energy, Maltese only require moderate amounts of exercise outside the house. They can be active indoors, but would also enjoy daily walks or playful sessions at a fenced yard. Because of this, it’s not hard to maintain their good shape, and are perfect for laid-back owners. 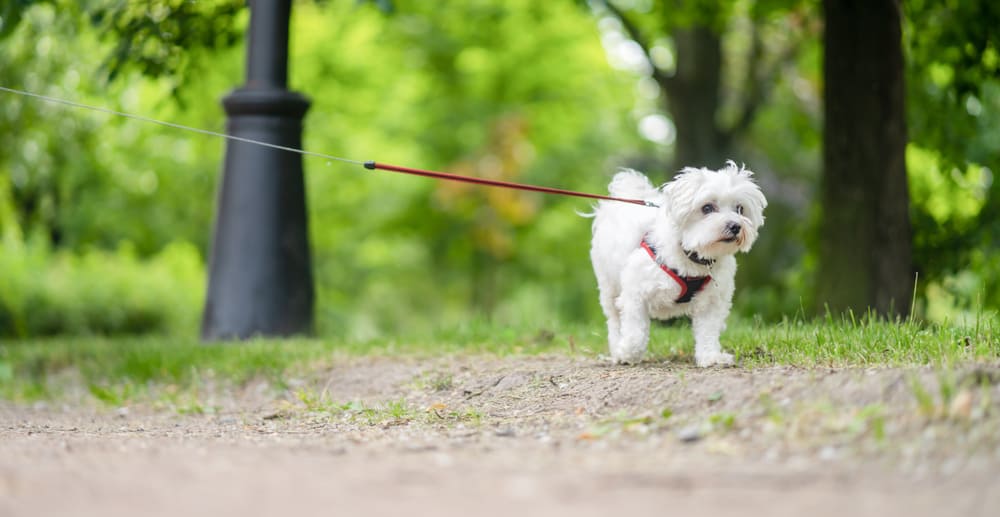 Maltese loves to please its owner so much, making it a highly trainable dog. It learns quickly when trained using positive reinforcement techniques, such as rewards, praises, and fun plays.

However, just like other toy breeds, Maltese can be stubborn at times, so it is important to put more effort into your patience when training this dog. 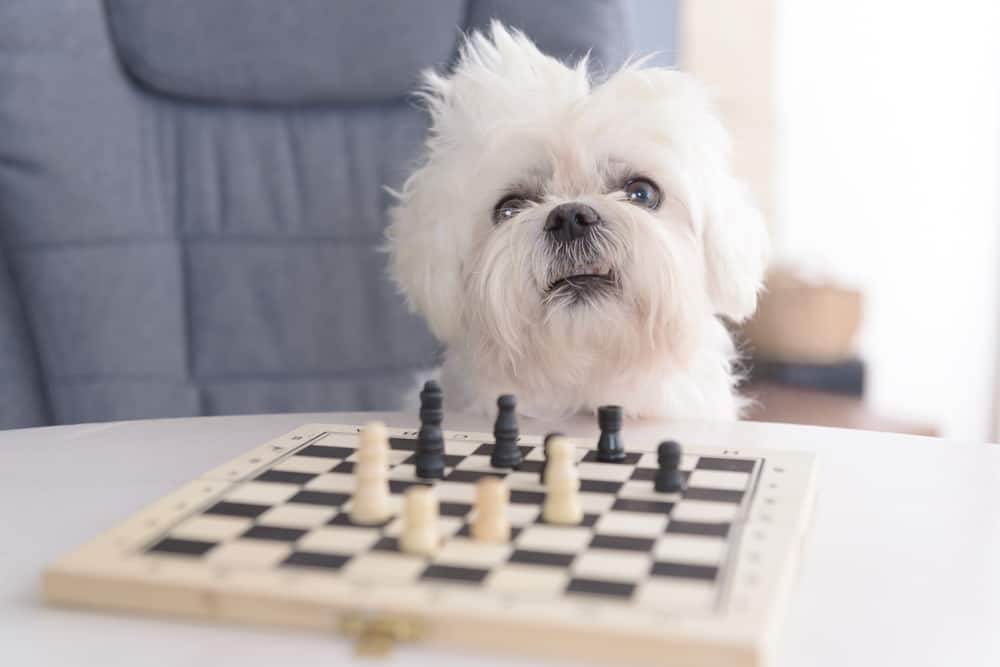 Maltese are friendly and approachable dogs – too friendly most of the time that they are fearless and would approach anyone with great enthusiasm. They are low-maintenance dogs when it comes to physical exercise requirements, making them an excellent companion for first-time owners and for those living in apartments as well.

There is a drawback to their small size, though. They can easily be injured, therefore they are not recommended for households with small children or toddlers. In some cases, they can be irritable with children or other people who pampered them too much. Because of this, they tend to bark and be aloof towards them.

Early socialization and basic obedience training are important to keep Maltese calm around new people and animals. They can also get along pretty well with other animals in the house, especially when they’re raised together. 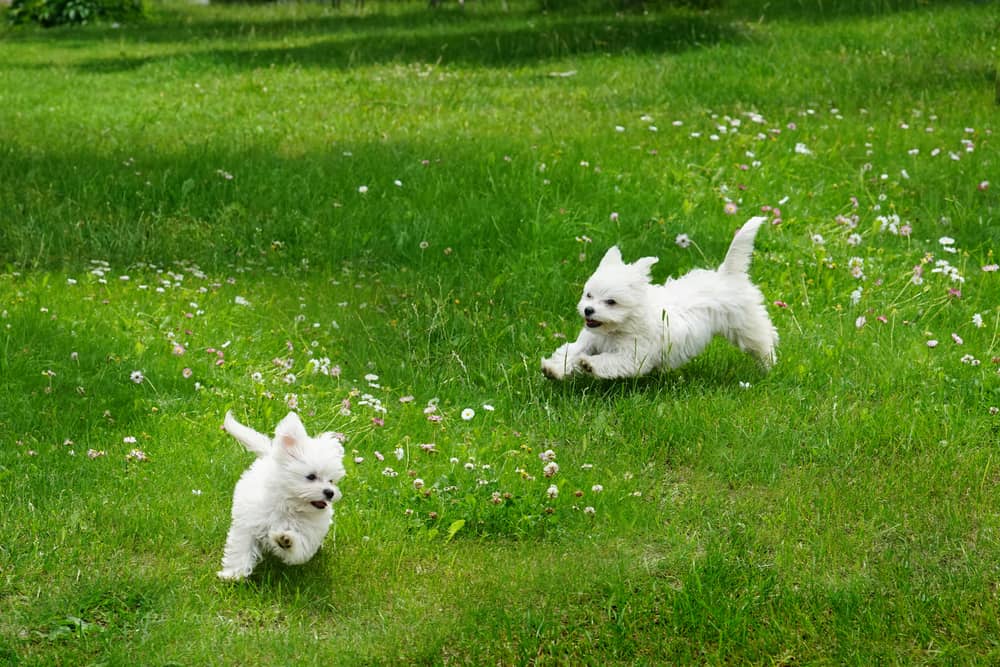 Maltese are well-suited for apartment and condo living. Actually, they can easily adapt anywhere and will make a great watchdog, provided that their needs are met by the owner.

They will bark to strangers and to foreign noises in a toy breed way. They are active indoors and also intelligent enough to learn obedience commands.

As mentioned, Maltese are not for homes with toddlers or young children as they can easily be dropped, stepped on, and squashed. 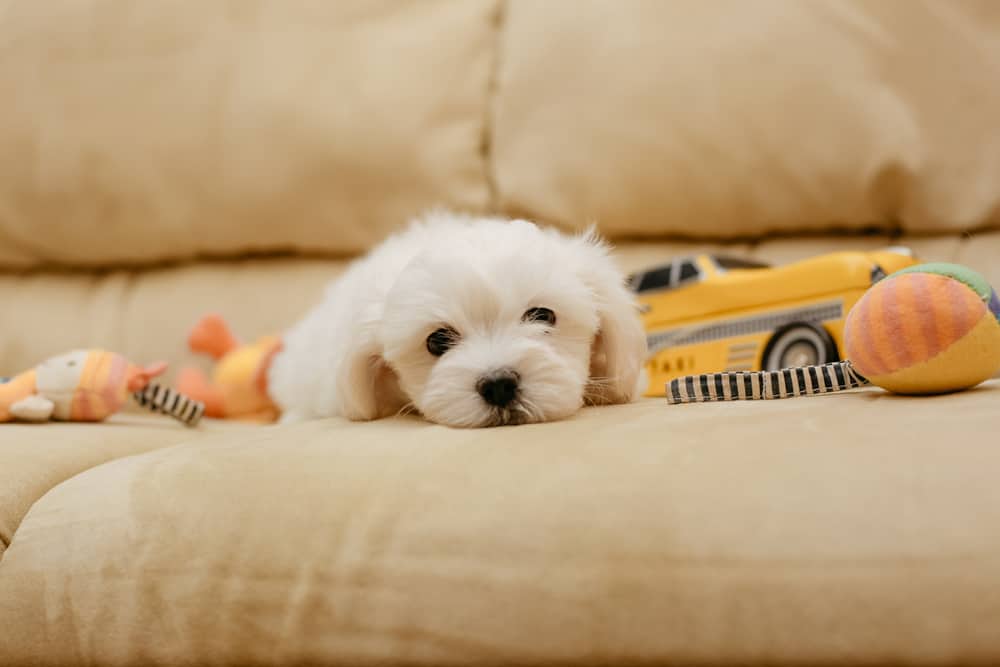 Maltese are people pleasers. They love to cuddle with you and give you unlimited kisses. So, it is expected that they’ll suffer from separation anxiety if left alone for long periods of time. It is important to give them toys to play with while you’re away, as well as familiarize them with routines to make sure that you’ll come back. 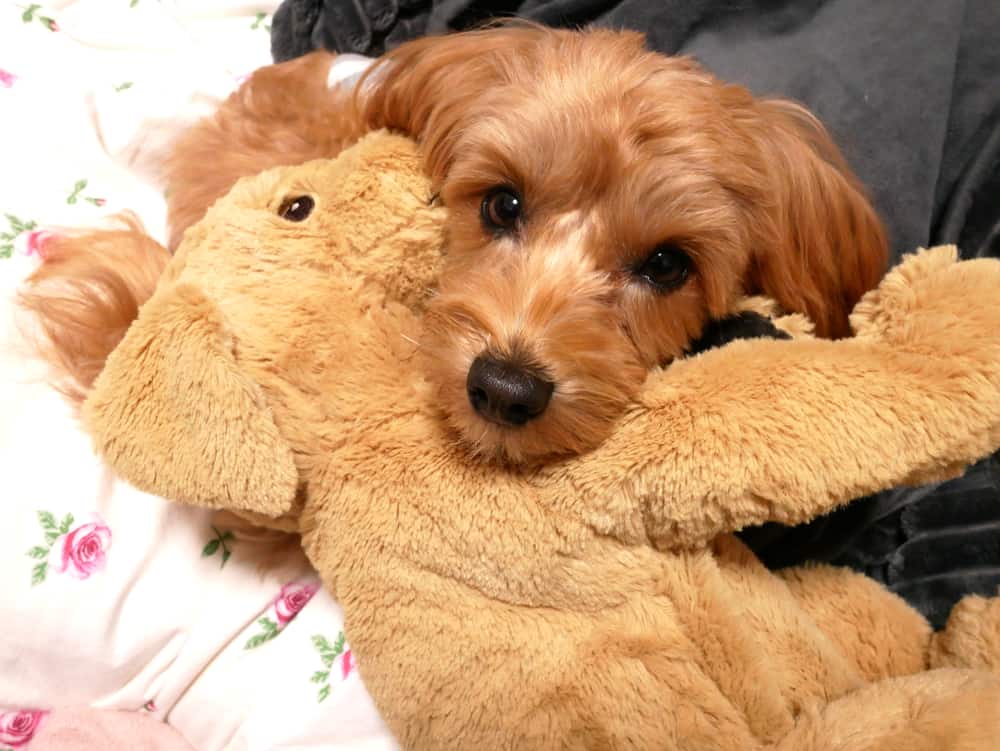 We talked about how this breed gets a longer life span compared to other dog breeds, but that doesn’t mean they are immune to genetic disorders and certain health conditions. As an owner, you must be aware of what common ailments your Maltese may have. This includes: 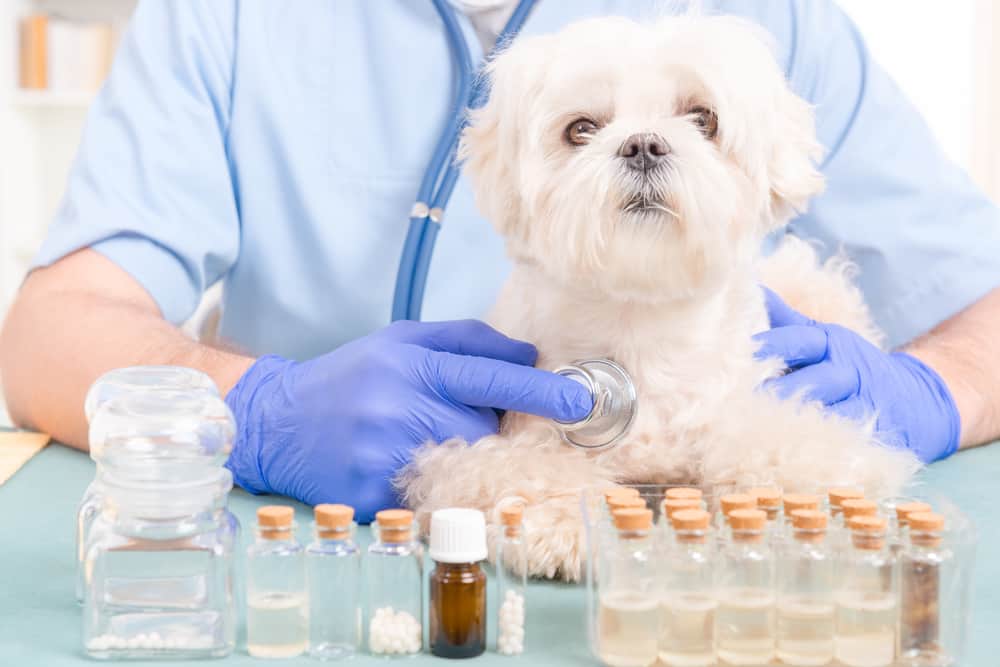