Chow Chow is not your typical affectionate, loving dog. They’re more like cats – introvert, dependent, and have a world of their own. Despite their unique personality, they make the best companion for the right home.

Chow Chow is an ancient dog breed that is believed to have originated in Mongolia and Northern China. Artifacts resembling Chow Chows were seen in pottery and paintings from the Han Dynasty. This breed was used for various purposes, including hunting and guarding. However, it is also believed that their flesh was consumed by people.

There are varied stories on how Chow Chows got their name. One interesting story told us that in the late 18th century, British merchants included bear-like canines in their cargo. Various items, including dogs, were called “Chow Chow” and that name remained on this breed.

Gilbert Chow described Chow Chows in his book, “Natural History and Antiquities of Selborne” in 1781. However, Chow Chow enthusiasts said that the breed has changed compared to how White described them more than 200 years ago.

After a century, Chow Chows gained popularity. In fact, Queen Victoria fell in love with the breed. In 1895, a breed club was formed in England.

In 1903, the American Kennel Club (AKC) officially recognized Chow Chows as a breed. Today, they rank 75th in popularity among the 155 breeds recognized by the AKC.

The Chow Chow has a dense, double coat that is either rough or smooth. The rough coat, which we most commonly see, is thick and rich. Inside is a soft, chunky, and wool-like undercoat. Its fur is thicker in the neck area, forming a prominent mane, or ruff appearance. Meanwhile, the smooth coat has a solid, dense outer coat that has no ruff. The

Chow Chow with this type of coat has long hair on its ears, legs, tail, and body.
Perhaps this breed’s most outstanding feature is its blue-black tongue. It is also known for having deep-set eyes which limits its peripheral vision. So it is recommended to approach this dog from the front. This dog may look mean and aggressive, but a well-cared Chow Chow is an adorable companion and a great addition to the family.

When we talk about its colors, it may come in red, black, blue, cinnamon, and cream. It may be solid colors, or solid with lighter shadings in other parts of its body. 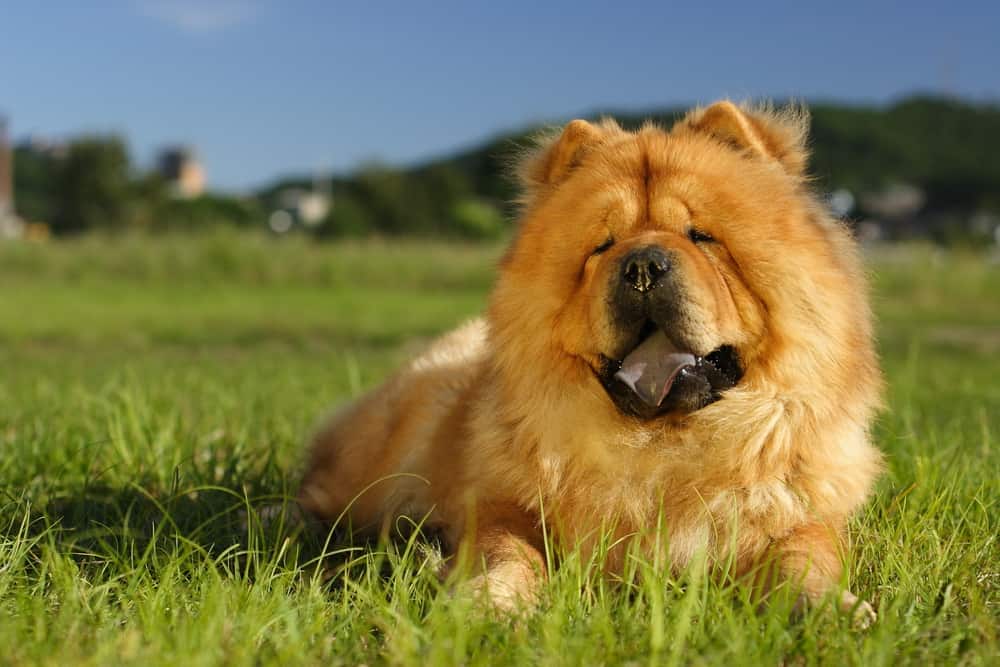 The Chow Chow is a medium to large size dog. On average, it stands between 17 to 20 inches tall at the shoulder. Its weight varies between 40 to 70 pounds. Depending on their parents, some may be bigger or smaller than the average. 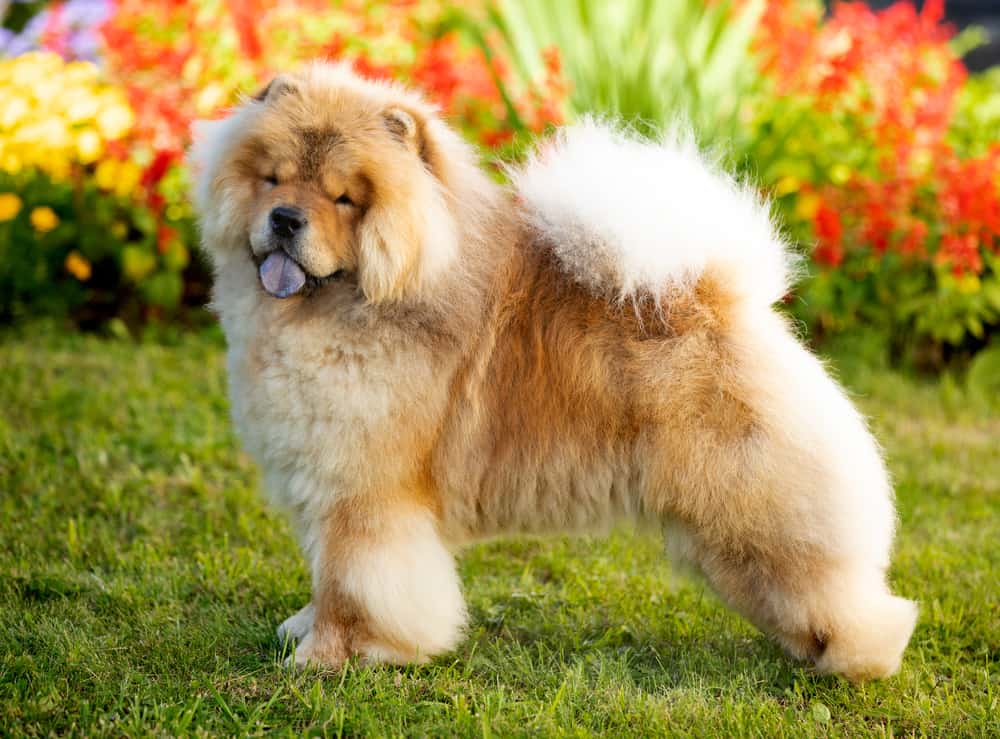 The average Chow Chow has a life expectancy of 8 to 12 years. Its weight plays a huge role in its life span since obesity can shorten a dog’s life. Make sure your Chow Chow gets the right amount of diet and exercise it needs, as well as regular visits to the veterinarian.

Although Chow Chows shed seasonally, expect them to be heavy shedders during these times. To keep their coat in their best look, they need to be brushed three times a week. For easy brushing, you need to mist their hair with a diluted coat conditioner. If not, their hair will break.

Bathing should be done at least once a month. 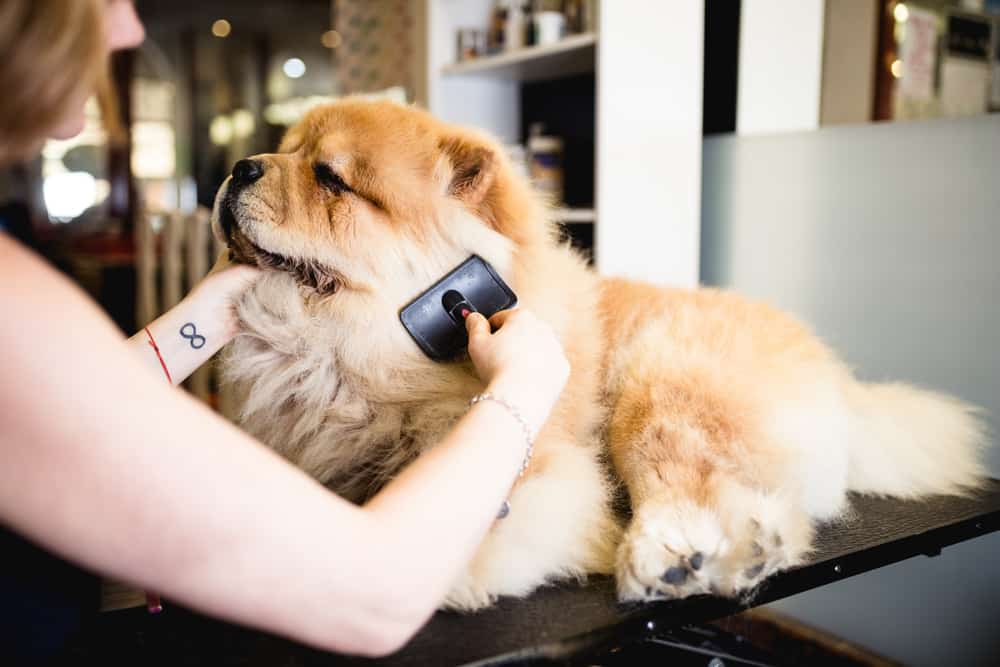 Although Chow Chows are not the most affectionate breed out there, they are known for being alert and devoted companions. They are actually often compared to a cat’s personality – quiet, independent, and intelligent. Although they are loyal to every family member, they are usually overprotective of one or two members. 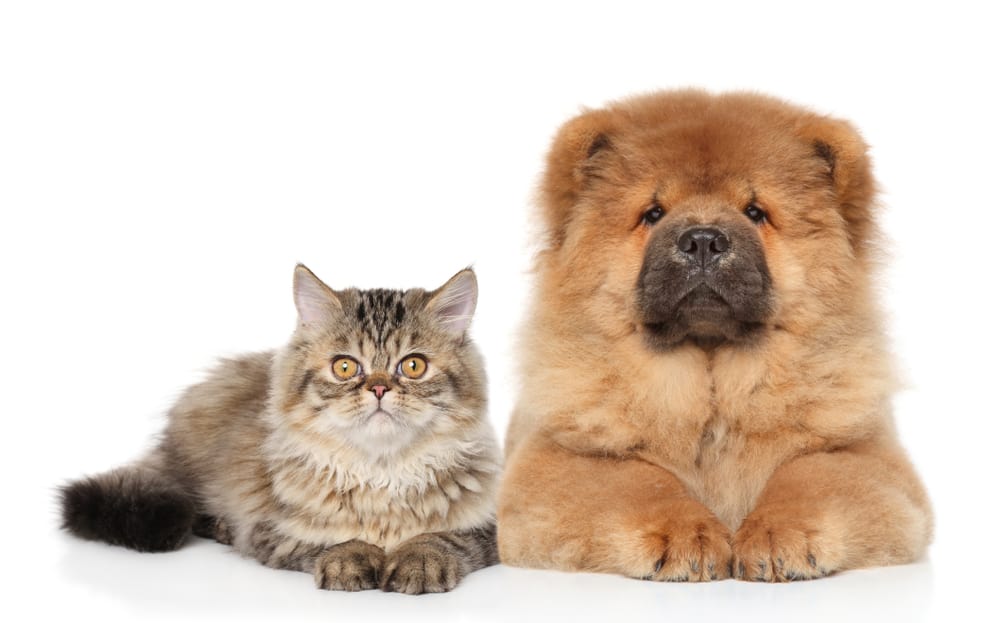 Chow chows are intelligent dogs, but they are also independent and sometimes stubborn. Training might be a challenge, therefore they’ll need a firm and assertive, experienced owner that can successfully undertake obedience training.

The Chow Chow is a non-sporting breed but was created to excel in guarding cart pulling, and hunting. In some cases, this breed can be found competing in obedience and agility competitions.

A typical Chow Chow is not speedy, so it does not make the best jogging or running companion. However, it has a great level of endurance, therefore making it a great walking buddy. 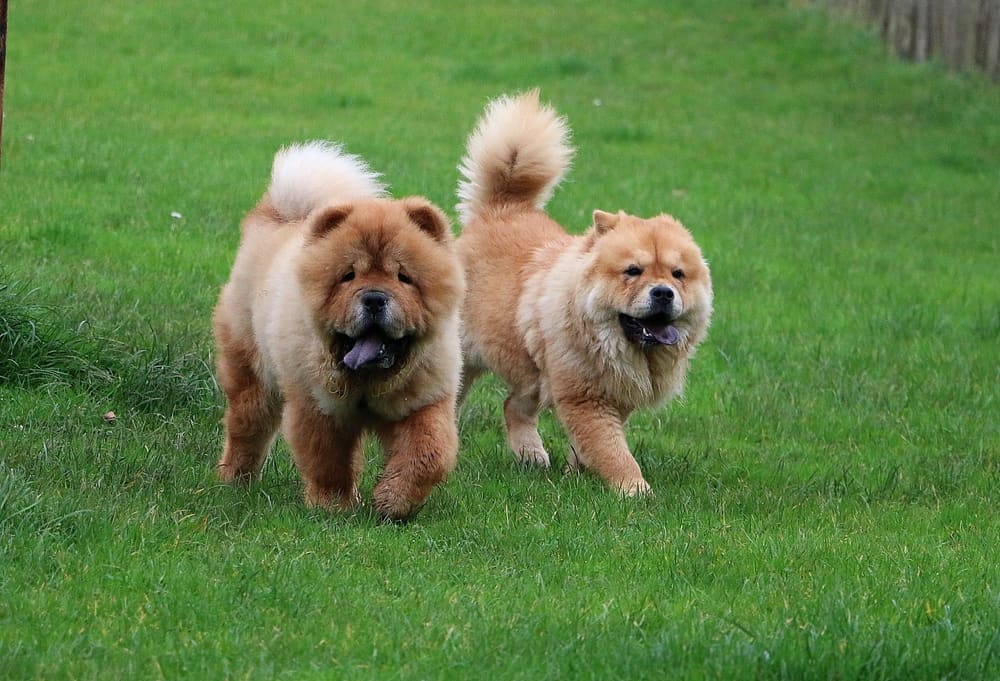 Despite being a medium to large size breed, the Chow Chow only needs moderate exercise and can be satisfied with daily 15-minute walks, along with some activities that will enhance the human-pet bond. It is important that he meets the daily physical requirement in order to stay healthy and fit.

Keep in mind that Chow Chows do not endure high heat or humidity well, so it is best to take a walk early in the morning or in the afternoon after the sunsets. 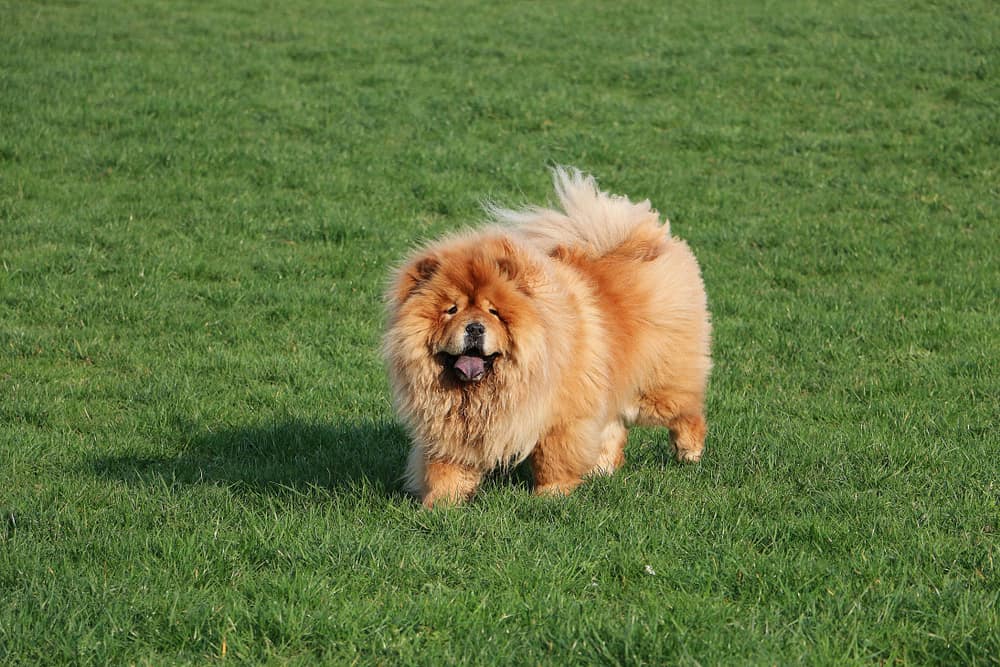 Chow Chows are generally independent and aloof, and training might be a little challenging. They need a consistent owner that will make the training interesting. Positive reinforcement techniques such as food rewards and praises should be used in order to earn their respect.

As a responsible owner, you should never resort to strict disciplines, such as hitting and other physical abuse. Chow Chows, or actually, almost all dogs, will never respond to this type of training. 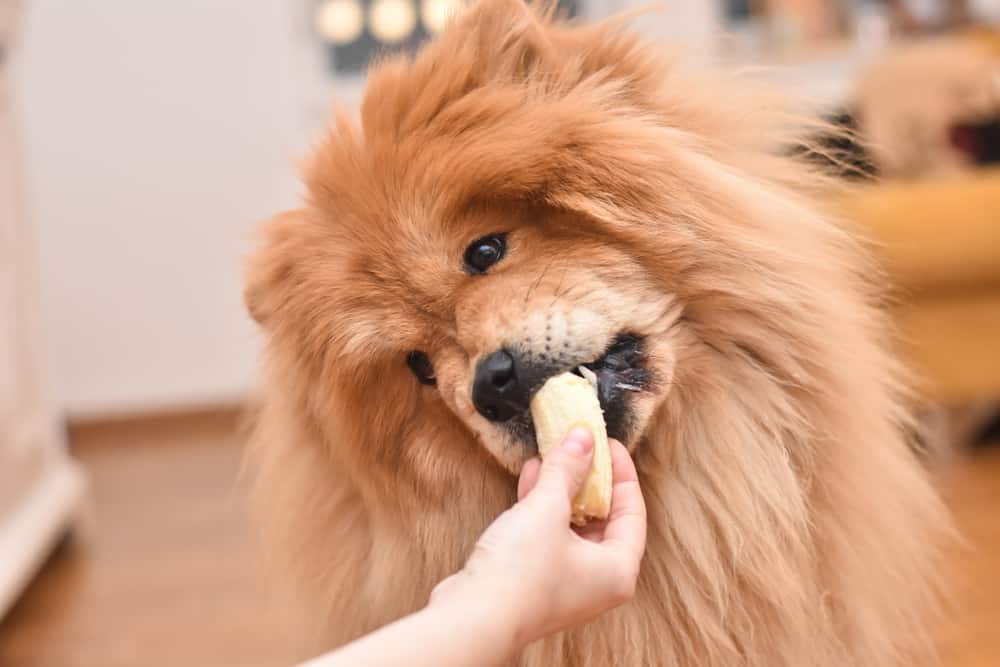 Chow Chows are known for being loyal and protective of their families. However, they tend to be dominant so it is best that they know their position within the family through proper training.

Early socialization is important to make them excellent family companions. Chow Chows can get along well with children that were raised with them. However, this breed is not suited for homes with smaller children or toddlers since they do not tolerate teasing and excessive handling well. Chow Chows do better in families with older kids who know how to properly handle them. 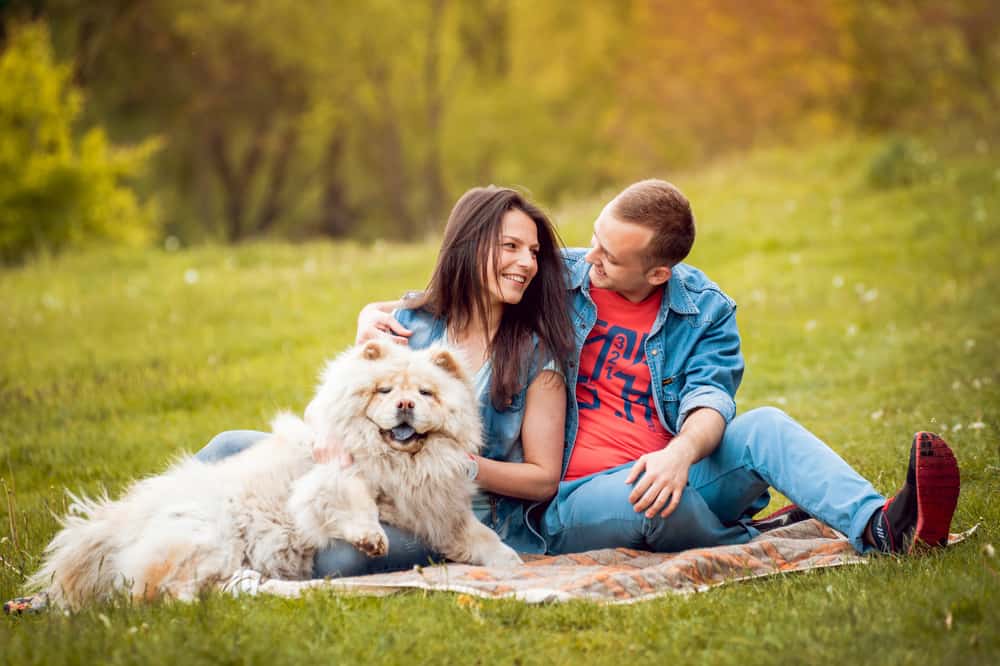 Chow Chows can easily adapt to a variety of homes, as long as their physical exercise and mental stimulation are provided. But you must keep in mind that regardless of the home they live in, Chow Chows must be kept indoors. They make a great guardian so it’s best to stick them near you and your family. 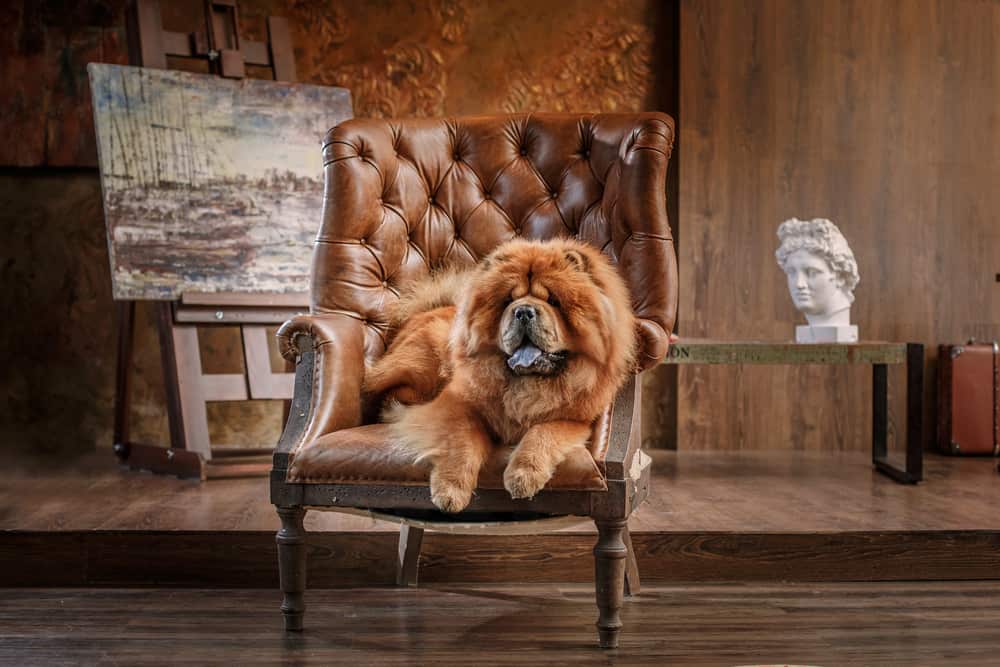 Although they can get along well with all family members, Chow Chows tend to be attached to only one or two persons. If left alone for long periods of time, they may suffer from separation anxiety. Giving them toys would greatly help to keep them entertained while you’re gone. And setting up a routine will reduce their restlessness and anxiety. 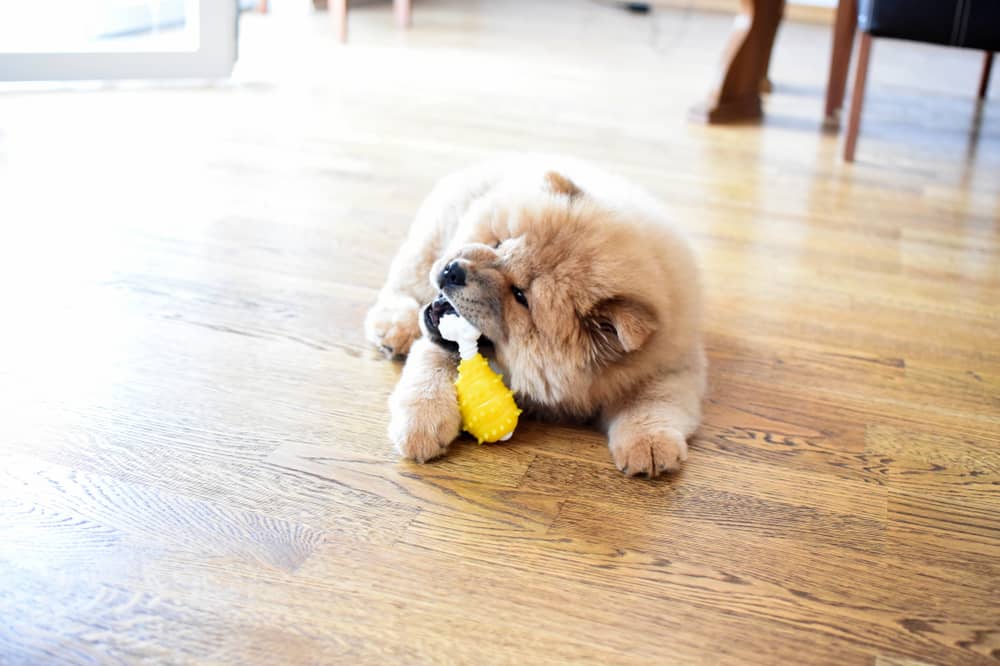 Although generally healthy, Chow Chows can suffer from health conditions and ailments, such as hip and elbow dysplasia, lymphoma, diabetes mellitus, patellar luxation, autoimmune thyroiditis, and eye problems such as cataracts, and glaucoma. They may also suffer from stomach cancer and gastric torsion. 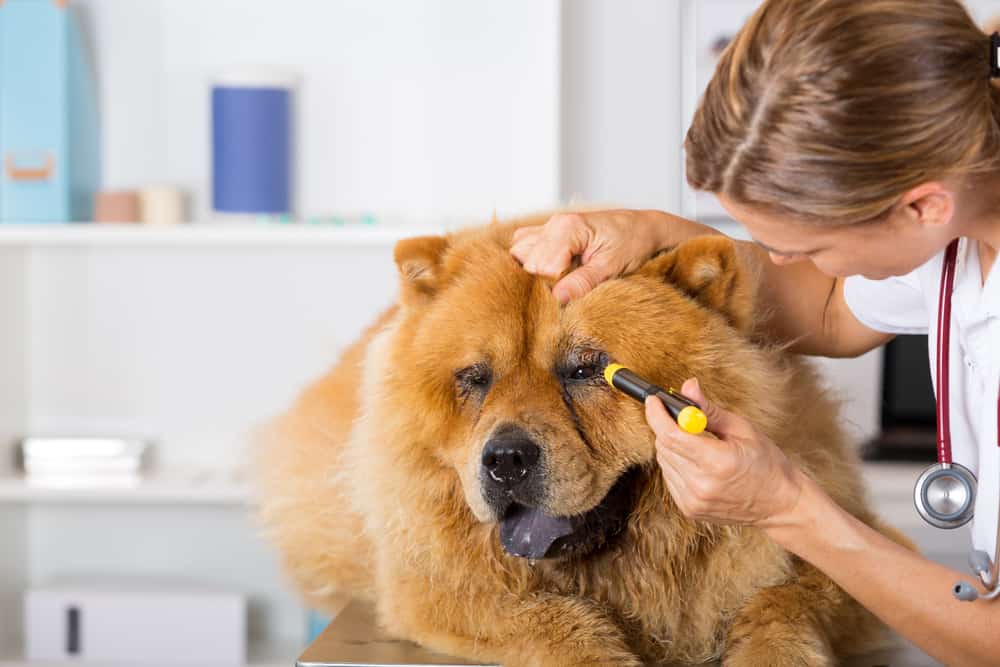