Both the wolverine and the honey badger are members of the Mustelidae family. But who would be the prizewinner in a combat between the two? Share your thoughts with us in the comment section below.

The wolverine, the largest member of the weasel family, is a bulky and muscular animal resembling a small bear. It is also called a skunk bear, a carcajou, or a glutton. The wolverine is short with bowed legs, long and sharp semi-retractable claws, and short rounded ears. Their haired coat is coarse and blackish-brown in color, with a light brown stripe extending from each side of the neck to the base of the tail. 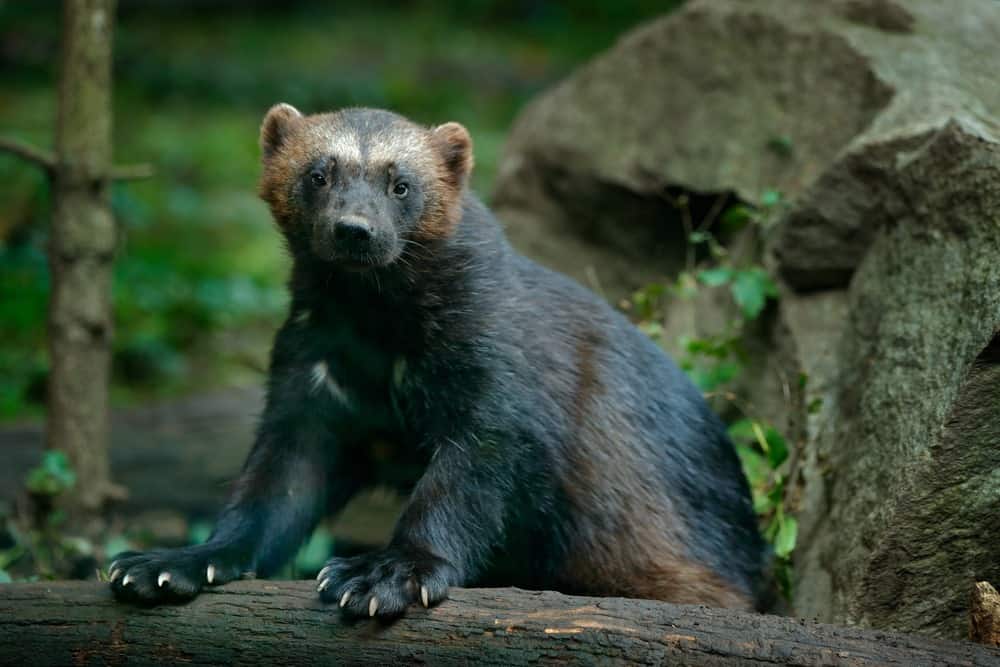 The honey badger is the largest terrestrial mustelid in Africa. It is a short stocky animal with a flattened body and strong legs with long claws for digging and defense. It has thick coarse hair that is mostly black, with a distinct wide gray-white stripe extending from the top of its head to the tip of the tail. Their skin is fairly thick and loosely hangs from their body, allowing them to turn and twist freely. 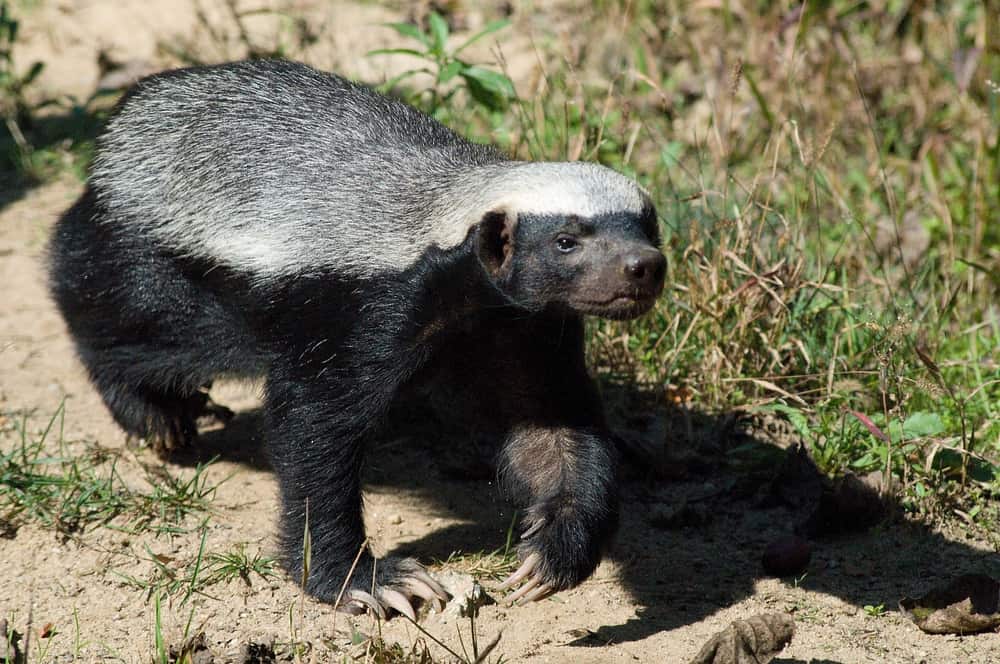 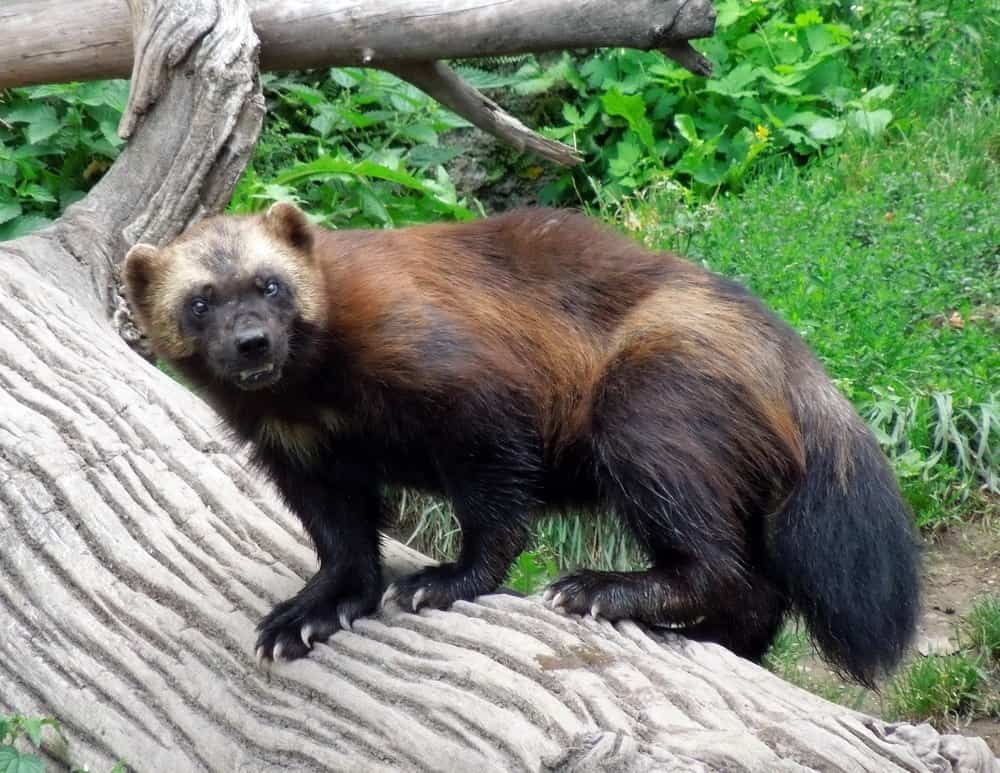 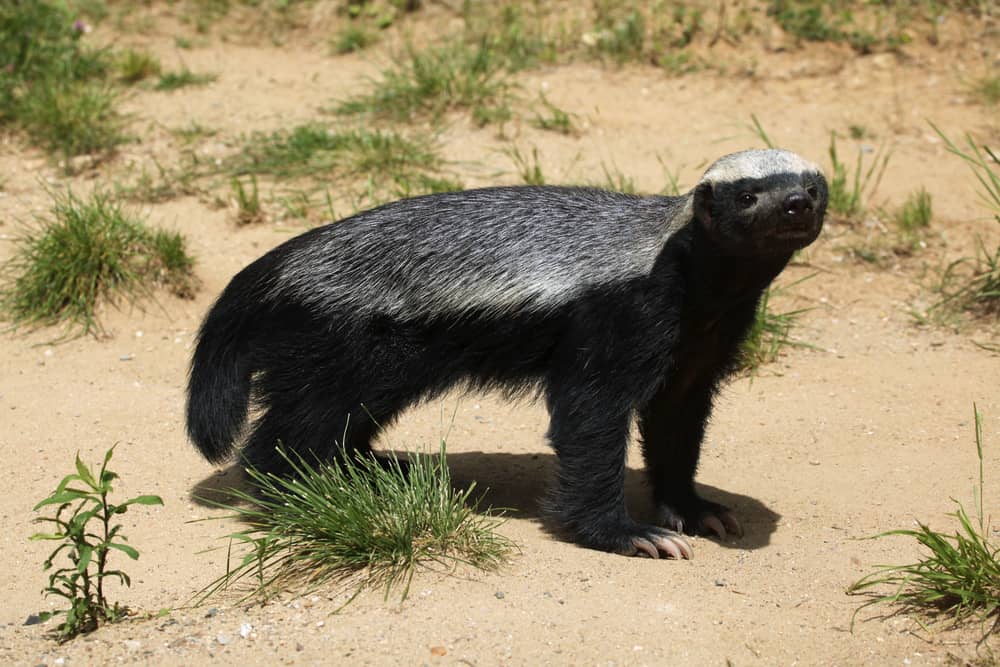 Wolverines are majorly found in Canada, Europe, parts of North America, and the Arctic Circle where they inhabit mountain regions and dense forests. They are lovers of isolated wooded regions but their enormous numbers have frequently brought them into contact with the human population.

Honey badgers, on the other hand, have roamed from the south of Morocco to Africa’s southern tip. They have also been spotted in western Asia’s Caspian Sea, Turkmenistan, Nepal, western India, and Afghanistan. 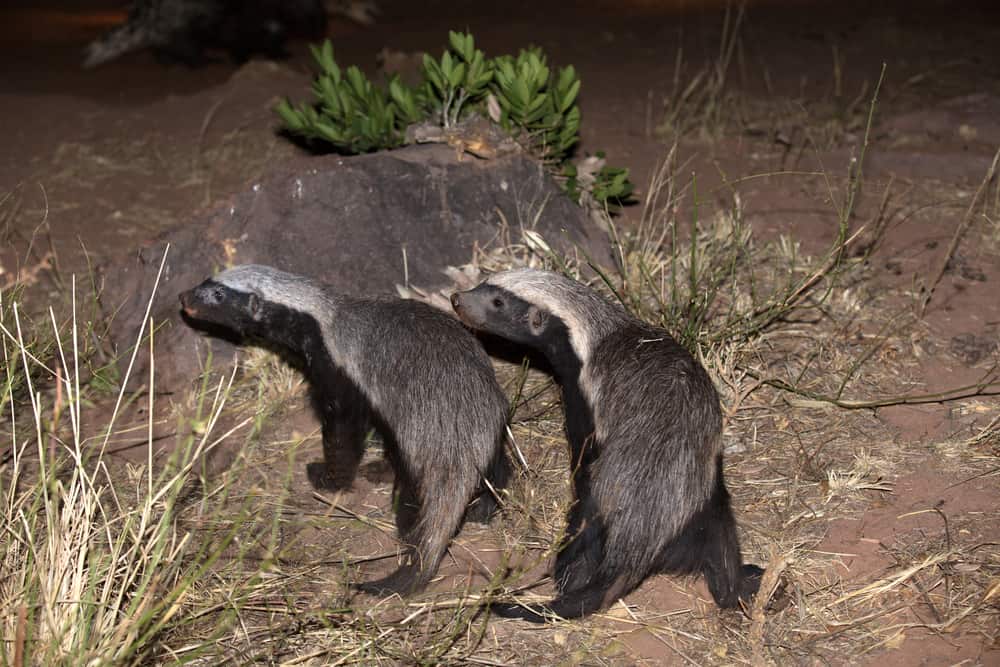 The carcajou can survive an average of 8 to 10 years in the wild but in captivity, its longevity is around 15 to 17 years.

Honey badgers have been known to live for approximately 24 years in captivity. However, in the wild, they are likely to survive for only around 7 to 8 years. 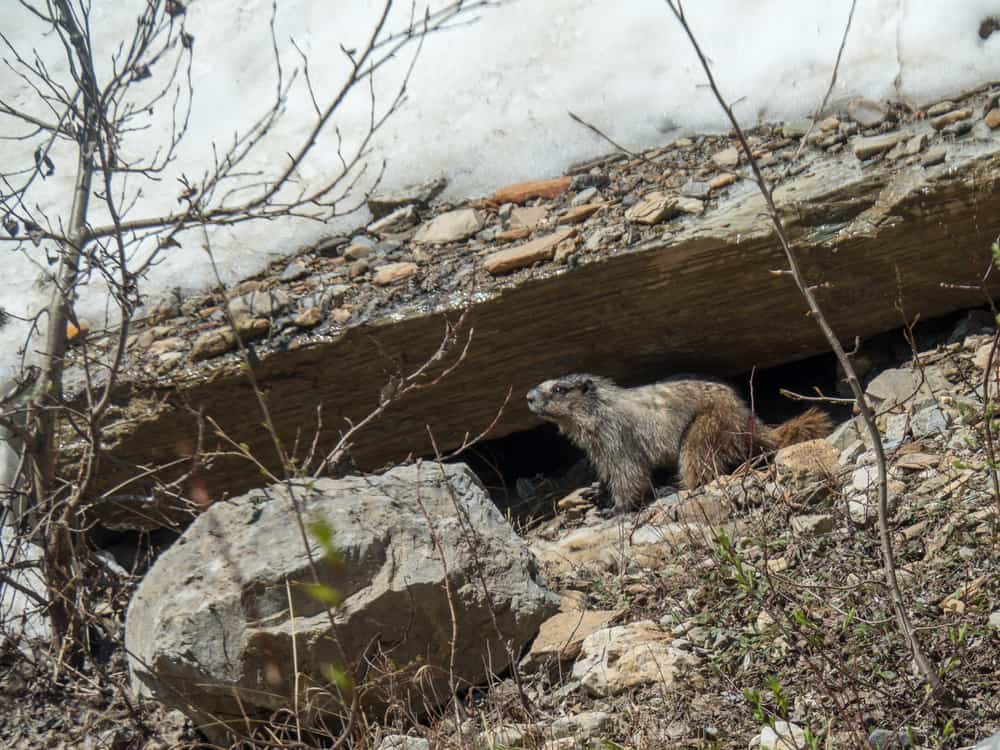 Their counterparts are rather lousy housekeepers. Honey badgers can dig their burrows just about anywhere; in the ground, a tree trunk, or an old termite mound. However, they are champion diggers and can dig up to 9 feet (3 meters) long and 5 feet (1.5 meters) deep. Alternatively, they can also take over burrows dug by other animals such as mongooses, cape foxes, aardvarks, and springhares. They are nocturnal creatures, sleeping most of the day curled up into a ball to protect their face and belly. 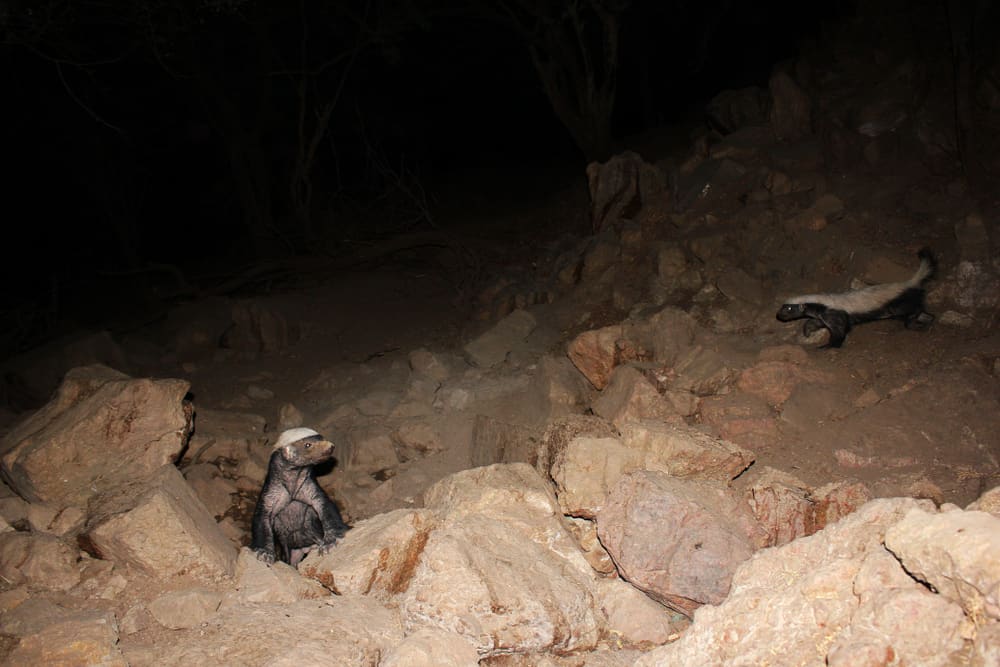 When cornered, wolverines can let out a fierce growl, bark, or sharp snarl to scare off the invader. Under normal situations, they are rarely vocal except for a few chirps and coos made by mothers to their young. But they do not howl at the moon or otherwise as the myth goes. 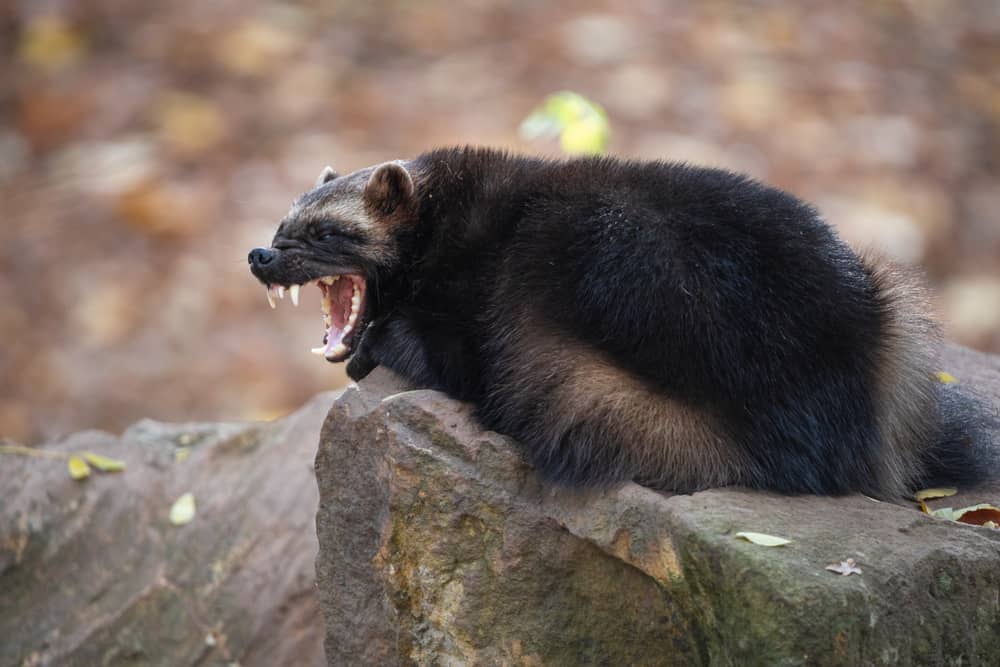 On the contrary, badgers can make quite a variety of sounds, such as churrs, purrs, hisses, yelps, chitters, grunts, and growls. Growls are the longest badger sound and are generally associated with a warning or defense, let out by adults in the presence of food, territorial invasion, or combat. Hisses are also produced in similar situations. They exchange grunts while sniffing each other and rolling in the sand, an activity succeeded by mating. Screams are let out during sexual excitements while the “churr” is essentially a mating call.

As their name “glutton” suggests, wolverines would feed on almost any animal food they come across. Their diet largely consists of carrion as they often follow wolves to scavenge the remains of their prey. Although they also prey on rabbits and rodents and sometimes larger prey such as caribou, or elks. They use the snow to keep their meals fresh as a form of a refrigerator. 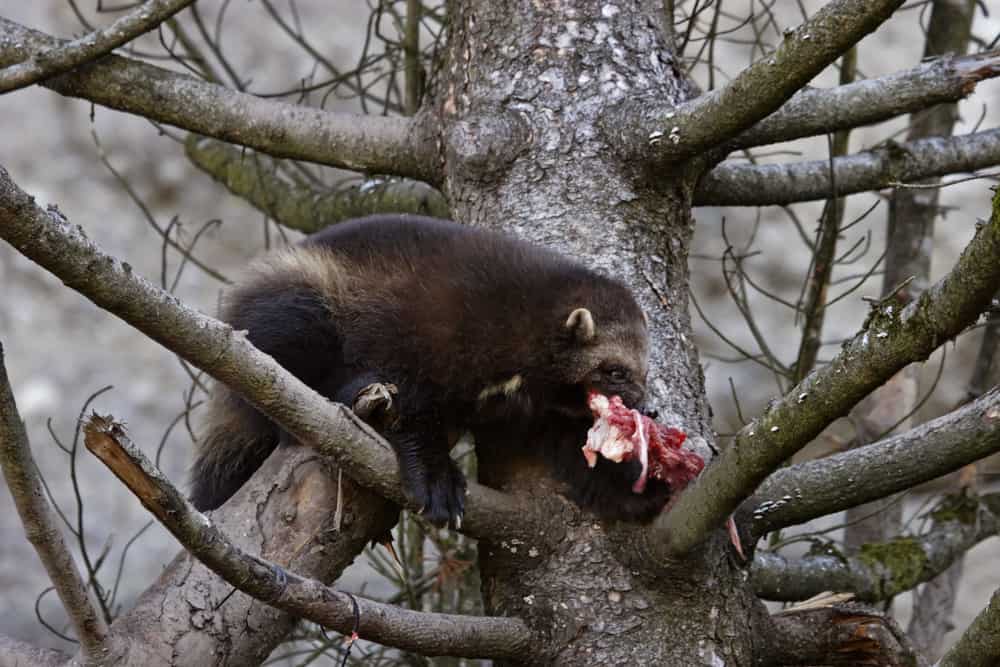 Well, honey badgers are no exception. Everything can be on their menu, from small animals to the young of large mammals, and their ‘chaperones’ if opportunistic enough. They prey on birds, insects, carrion, mice, and even a little vegetation like juicy fruits. Lizards and poisonous snakes are a meal as well, as the honey badger is immune to venom. 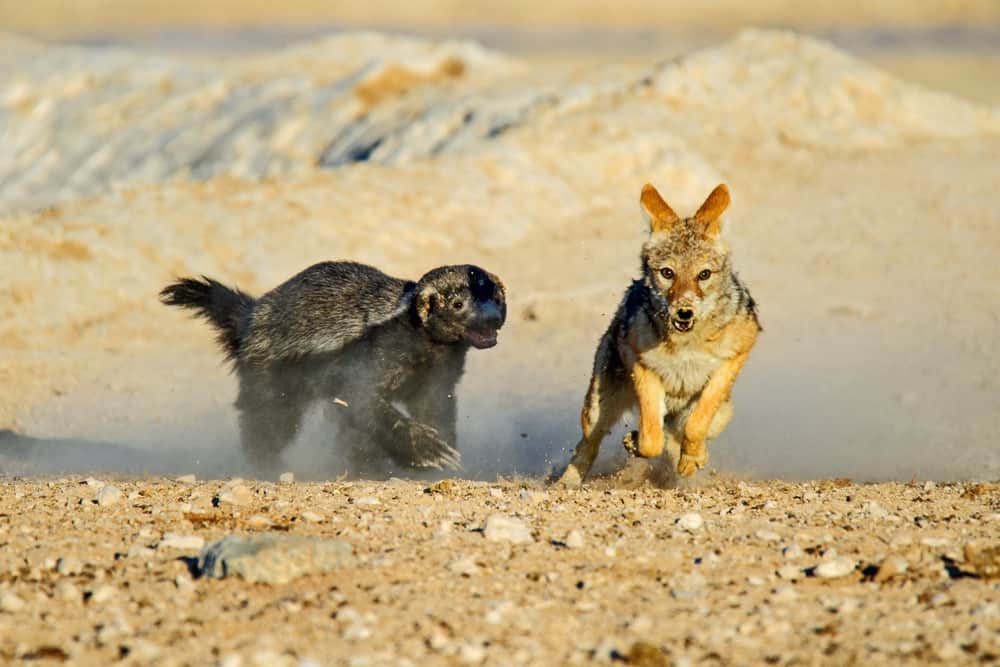 Wolverines might be muscular and strong but their bite force is of moderate strength. Their canines can bite with a force of 50 pounds (224 newtons), potentially close to a dog’s 58 pounds (256 newtons) but far less than a human’s molars which can bite a significant 247 – 292 pounds (1100 to 1300 newtons) of force. 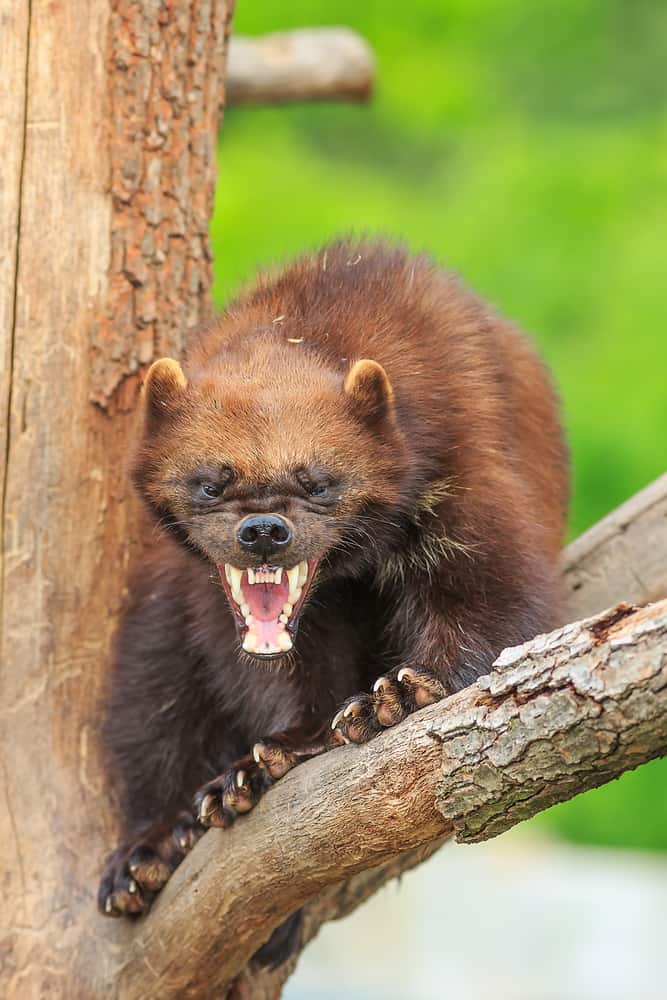 Honey badgers have strong jaws, powerful enough to break the shell of a tortoise, and sharp teeth though not as large as a wolverine’s but their bite strength is quite exceptional. With a bite force quotient of 109 points, obtained from dividing their bite force in newtons by body mass in kilograms, their jaws are believed to be strong enough to bite off a human’s finger though not strong enough to break the major bones of the leg. They are presumed to have a bite force of about 47 pounds (210 newtons).

Wolverines can reach top speeds of 30mph (48 km/h). Compared to the fastest human running speed of 27mph (45 km/h), they are not that fast.

Similarly, the badgers are also not as fast as they can only reach top speeds of up to 18mph (30 km/h).

The wolverine is renowned for its strength, cunningness, and voracity. They are also fearless as no animal is known to hunt the wolverine apart from humans. They have a thick hide to protect them from potential injuries and strong semi retractile claws for climbing and holding down their meal. 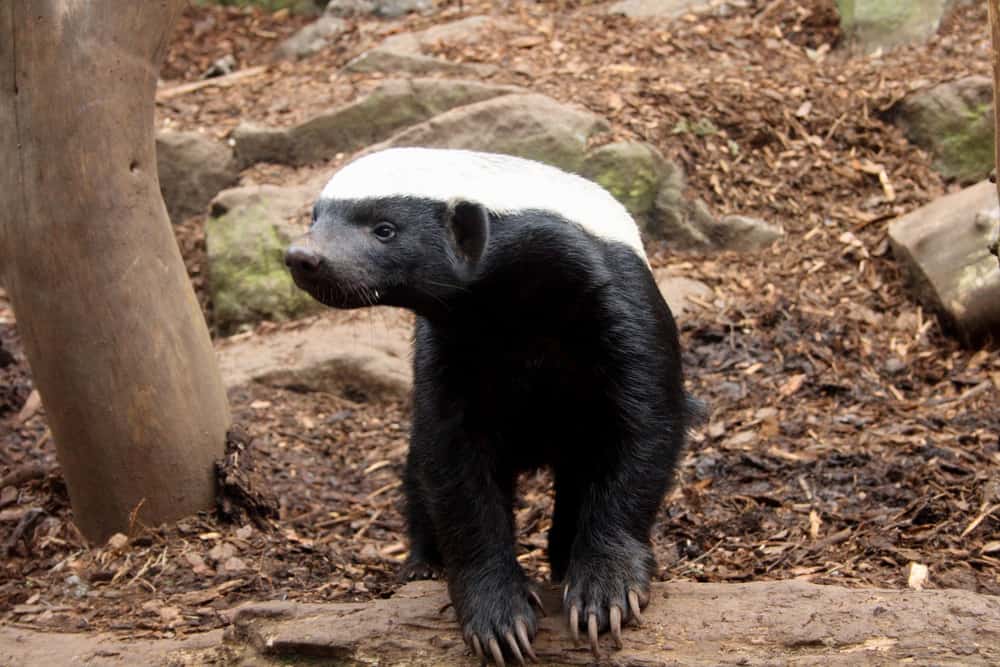 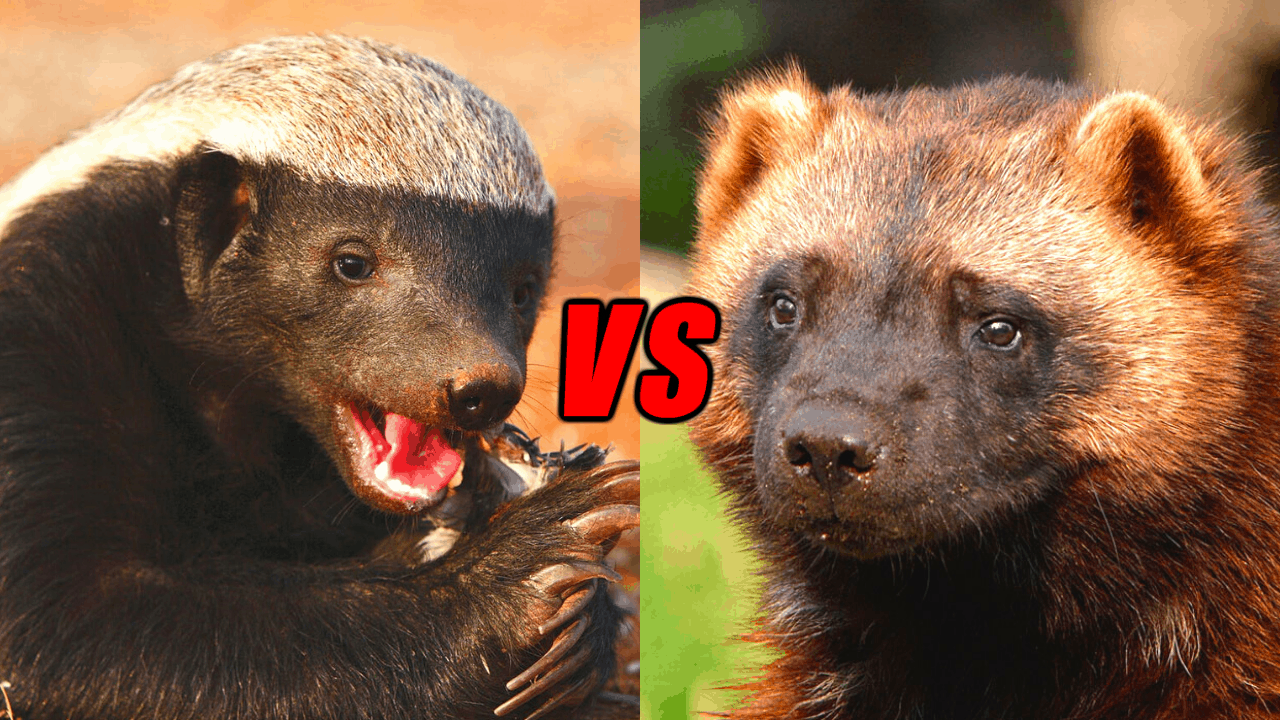 These animals are akin to each other in more ways than not. Coming from the same family, their anatomical features are similar, and therefore hard to distinguish their superiority.
However, the honey badger is comparably smaller than the wolverine, giving its opponent the size advantage. Wolverines are also equipped with powerful jaw muscles that allow them to eat every part of the animal including hooves, bones, and teeth. But a fight with the honey badger would require more than just size and muscle as they have been known to fight off lions and other larger predators.

Honey badgers are ferocious and the world’s most fearless creatures, well portrayed by their growing number of adversaries. They are also energetic and can ceaselessly charge at their predators until the enemy is exhausted. Even though the size ratio benefits the wolverine, their loose skin will enable them to turn and twist in the mouth of the wolverine, getting in just the right position to attack the face of the wolverine with its long, sharp claws.

Additionally, the wolverine does not have as many predators as the honey badger. Though an advantage, it’s a shortcoming as well with regards to their fight as he would not be able to withstand the experienced, tireless badger who keeps coming back for more. In my opinion, the honey badger would be the prizewinner.