Strong, independent, and loyal – that’s how Central Asian Shepherd Dogs, or Alabais, are commonly described. It is a Molossoid type dog breed of Soviet-era origin. They are one of the most popular breeds in Russia. In fact, Russia’s President Vladimir Putin owned an Alabai named “Verni,” which means faithful and loyal.

According to artifacts, the Central Asian Shepherd Dogs, or Alabais existed over 5,000 years ago, making it to be the oldest known breed that exists until today. This breed originated in the center of Asia – between the Ural River, Caspian Sea, Asia Minor, and the Northwest border of China.

Alabais are said to be closely related to Tibetan Mastiff, although their ancestry is not fully traced since their development is independent of human intervention, acknowledging only the environmental influence and impact.

Alabais are developed for three main reasons: to be a livestock protector, watchdog, and dogfighter. With their immense strength, they are given the nickname “Voldokov,” which means “Wolf Crusher.”

In 2000, this dog became the most popular breed in Russia. Today, they still rank high, although their popularity is not as high as before. In the U.S., Alabais are hardly seen, although it is starting to be bred more in America.

The Alabai has a thick and heavy undercoat that is either short or moderately long. This breed is capable of living in extremely cold weather, such as in Russia, but cannot do so in extreme heat.

Its colors are of a different variety from white, black, fawn of different shades, and brindle. It may either be mixed or solid in color. The Alabai is a powerful dog with a strong and large build, intimidating intruders that may possibly enter your house. 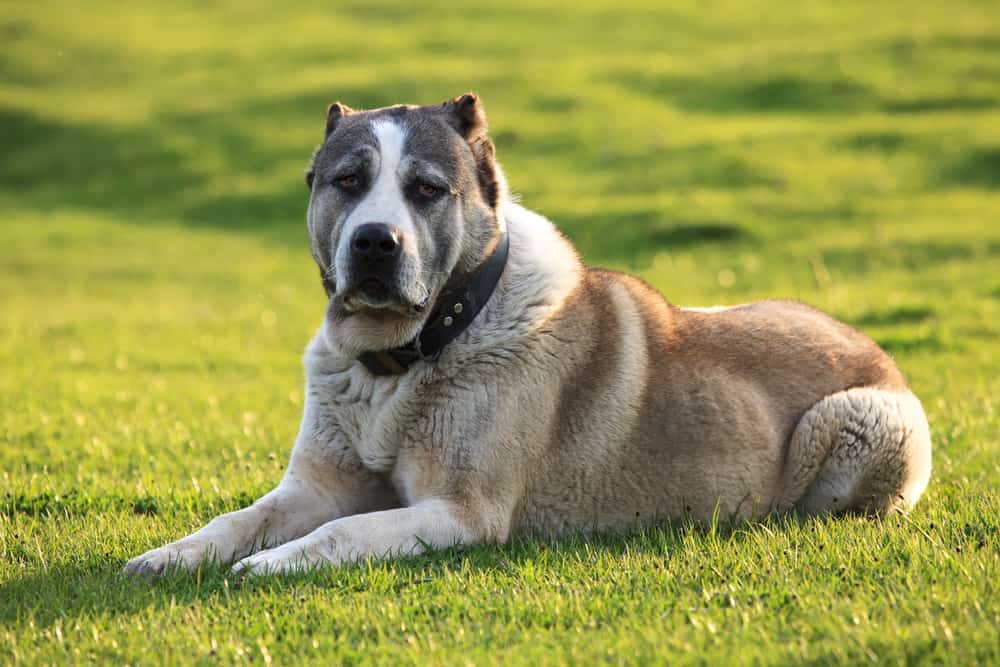 When it comes to size, males tend to be larger and heavier than females. On average, Alabais stand between 24 to 28 inches at the shoulders, with weight varying from 88 to 110 pounds. Some are smaller or larger than the average size. 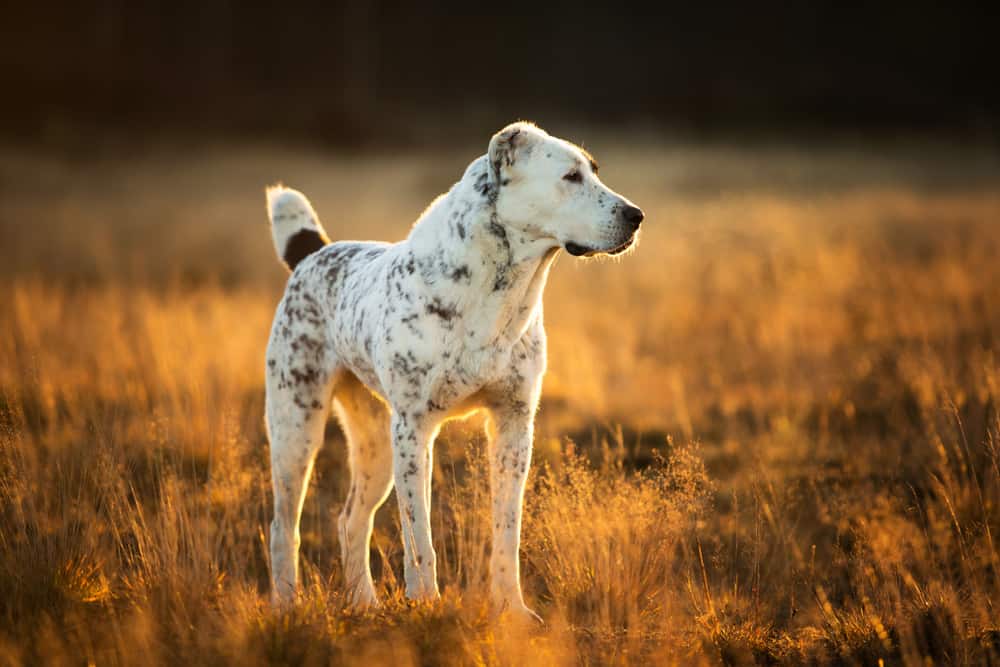 We know that large-sized breeds tend to have shorter life spans than the other breeds, but Alabais do have a long life span of 12 to 14 years. Some may even live up to 17 years and longer! To prolong your dog’s life, make sure to provide them with regular check-ups with the veterinarian.

The Alabais are easy to groom despite their thick coats that are not suited for allergy sufferers. Their hair is usually scarce in summer, but thick during winter.

Weekly brushing is enough to keep their coats in their best condition. Bathing should only be done when necessary. Once a year, they also shed at what we call the “fur storm.” It’s important to have a vacuum with you if you decide to adopt this breed.

Grooming your dog is a great opportunity to bond with each other, so make it fun!

Alabais is known for being courageous and they won’t back down to a challenge. They are vigilant and independent, making sure that their territory is free from any harm. That being said, this breed is not for first-time or timid owners.

While they can be tough, Alabais are extremely loyal to their families. They are always ready to protect you from any perceived harm. Indoors, this breed is silent and calm, but are always alert and observant. They also make great playmates for older children. 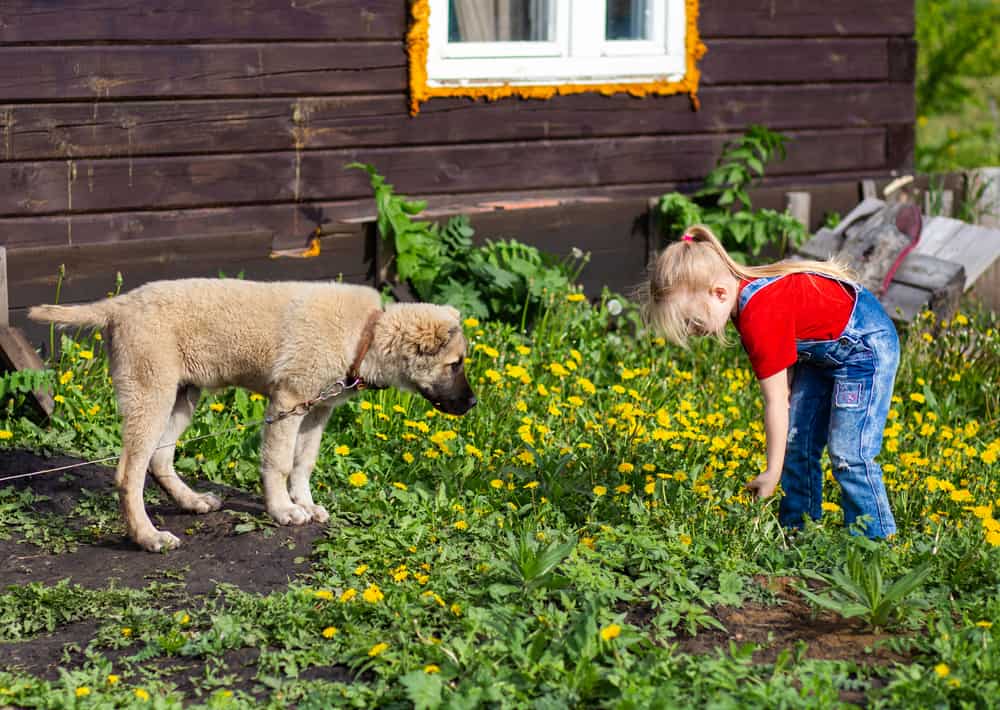 The Alabai came from livestock guardian dogs, cherry-picked by Russian breed experts to be an excellent working companion and also for personal protection. The result is a very smart, obedient, and trustworthy dog. 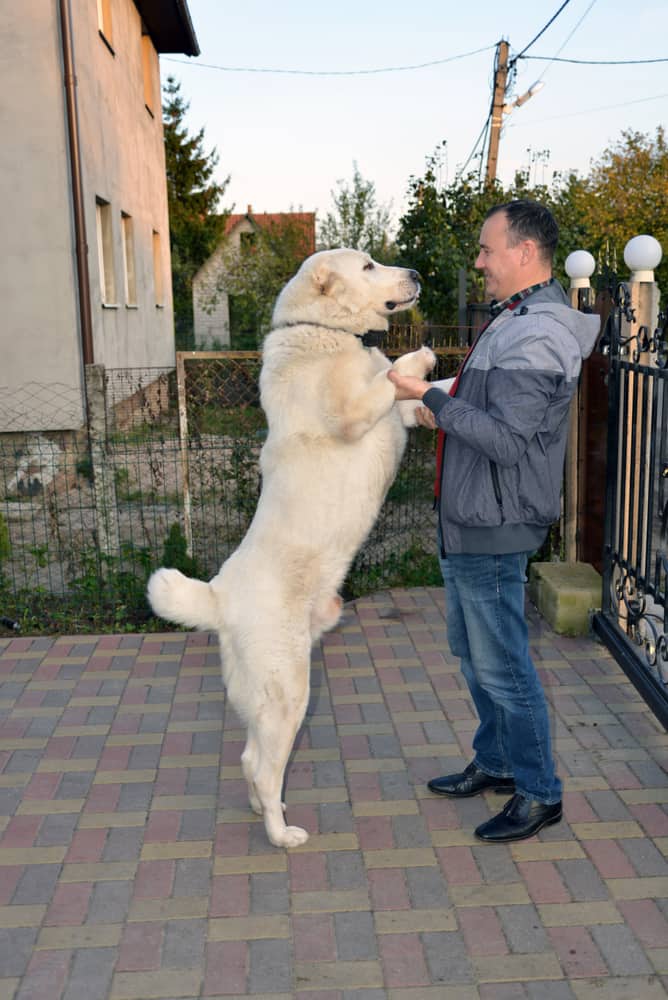 Alabais are large, strong, dogs with a powerful build. They are bred to work and held jobs as a herding dog, guard dog, and watchdogs. Alabais are very capable of protecting your home from intruders. 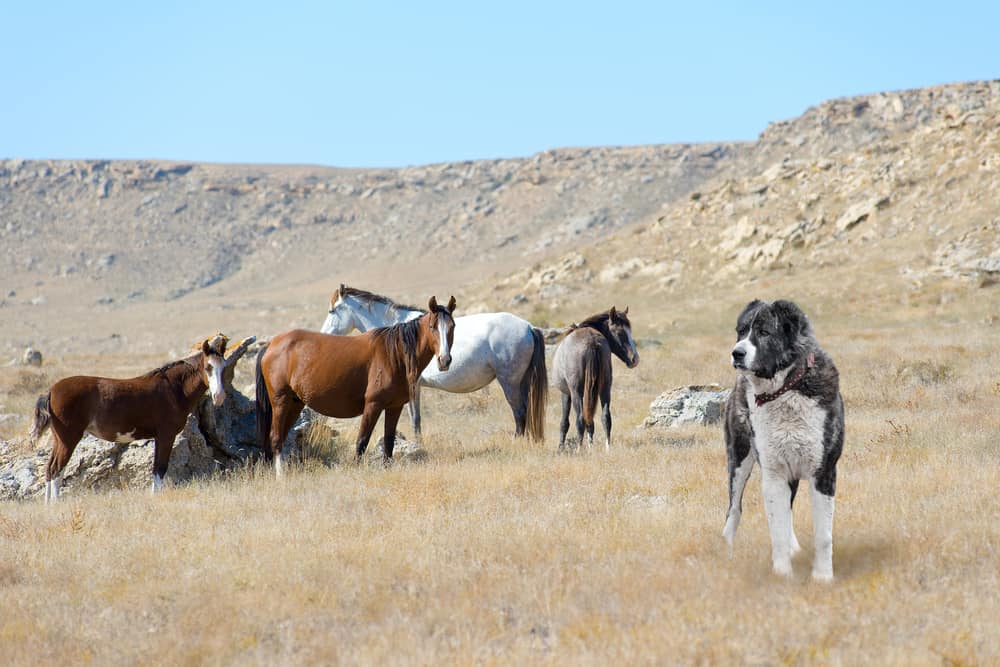 Although they are not highly energetic, Alabais have a great deal of endurance, making them an excellent companion for hiking and walking. Every day, they need at least an hour of physical exercise, or they’ll become destructive at home.

Also, if you have a yard in your house, make sure to put a secure fence on it since Alabais are smart and independent dogs and may tend to go their own ways. 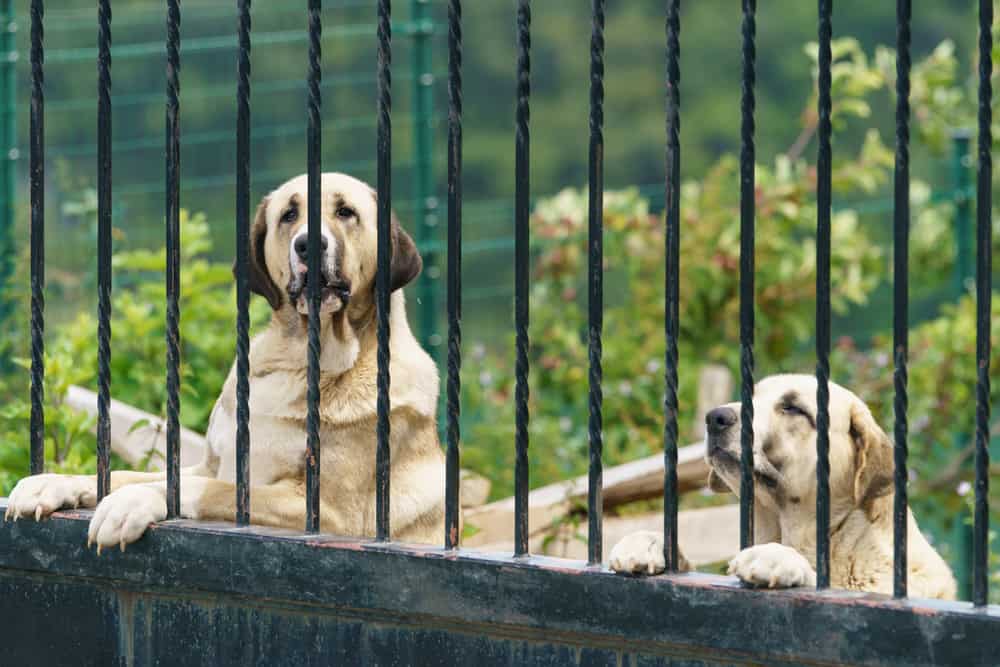 Alabais are smart dogs, no doubt about that. However, they are also free-spirited which makes training sessions difficult. That said, they are not the breed for first-time and novice owners. They need someone who’s experienced enough that can handle their personality well.

As with all dogs, early socialization is important to keep them calm and well-mannered around other people and animals. It’s important to expose them to different situations, people, and animals during their puppyhood. 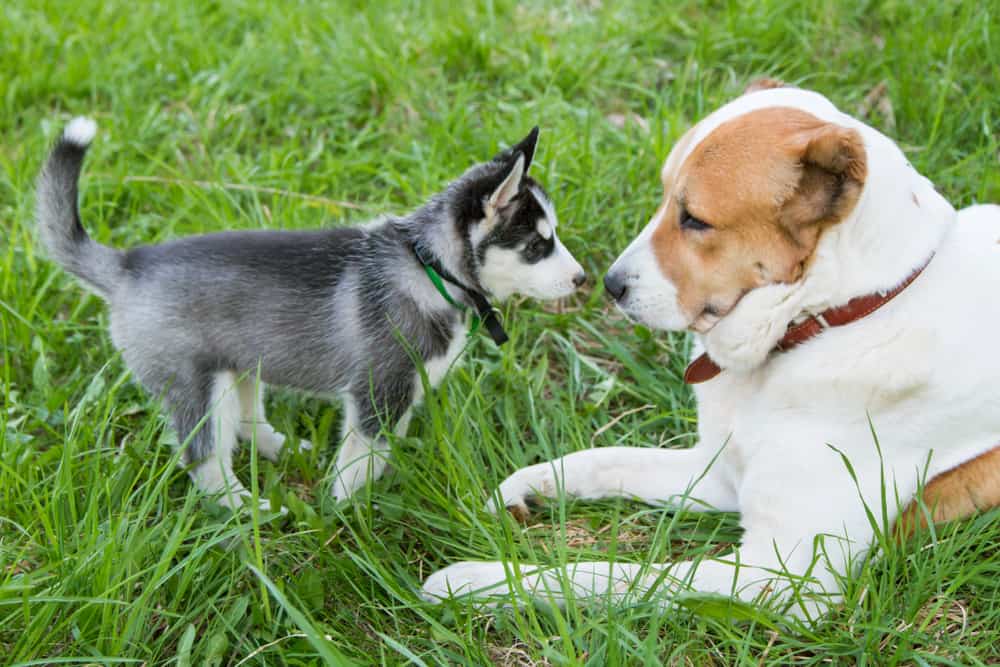 A well-raised Alabai will love to play with children in their family. If properly socialized, they will get along with other animals in the house, including cats. Although they can be active outdoors because of their endurance, they are silent and calm inside the house.

They are guardian dogs and are capable of protecting you and your family. However, they are big and strong and may accidentally injure small kids or toddlers when playing with them, therefore supervision is needed. They are best suited to homes with older children.

They can also be reserved and standoffish around strange animals and unfamiliar faces. If you have visitors, don’t expect them to be all friendly and welcoming towards them. 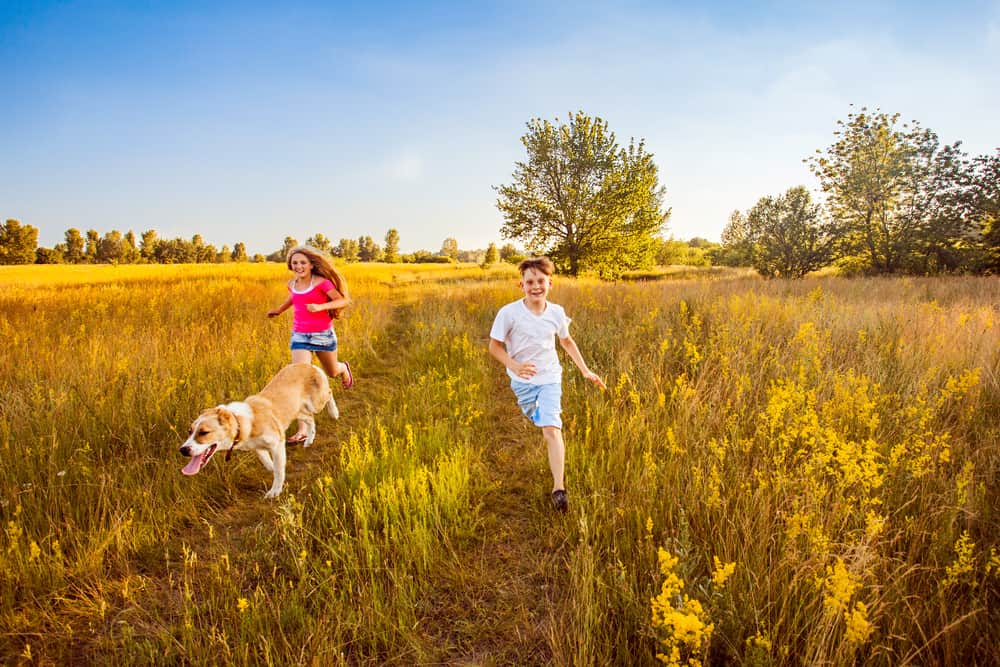 This breed is not for condo and apartment dwellers with small spaces. If they live in an area that is too small for them to roam around, Alabais may develop destructive habits such as digging and chewing.

They can live inside the house with their family, but they thrive outdoors – guarding and defending the house. They are usually calm and quiet but will bark at approaching strangers. 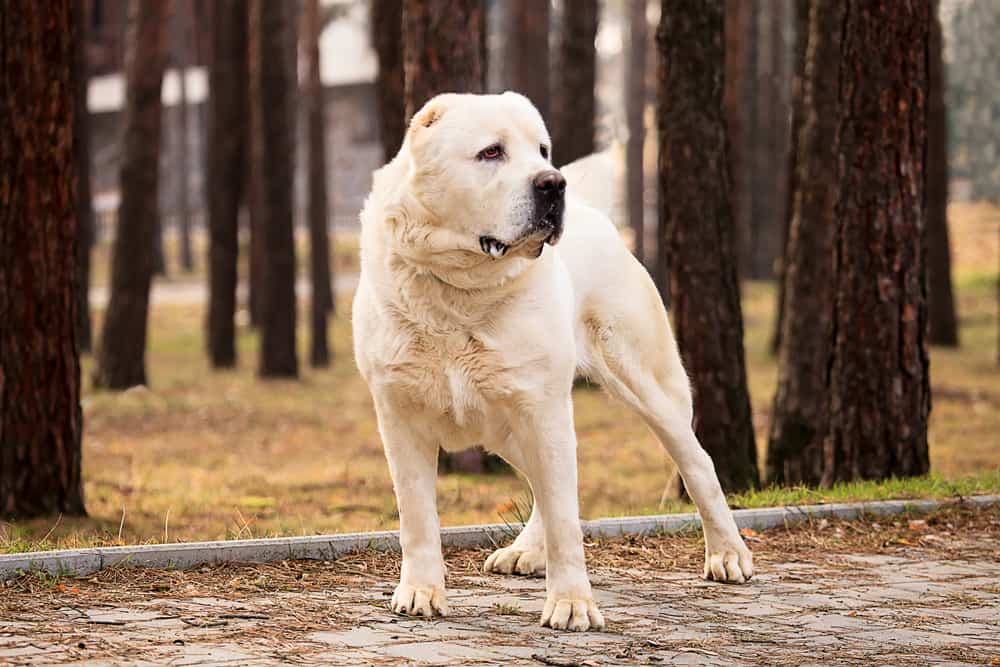 As with every other dog, Alabais have a moderate chance of suffering separation anxiety. Although they love to patrol the house, don’t leave them alone for too long. Make sure to spend time with your dog and give them enough exercise to keep them happy and healthy. 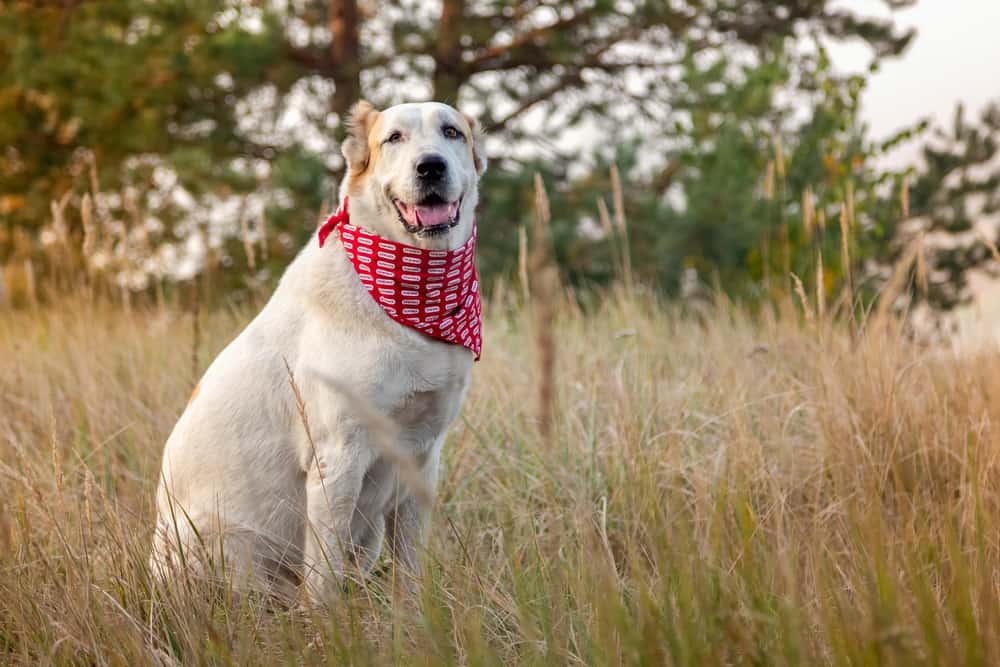 Unlike most of the man-made breeds, Alabais have less chance of developing genetic diseases. They are extra healthy dogs with no known health conditions or ailments.

However, some may still suffer from hip and elbow dysplasia due to their large size. Some may also develop bloat which is a life-threatening condition and needs urgent action.

Make sure to visit your veterinarian regularly to prolong your dog’s life.