A small dog with a big personality – that’s how most people describe Cockapoos. They may be one of the oldest designer dogs out there, but their charming and affectionate personality makes this breed popular even to this day.

This dog tends to be a little joker. It loves to see its human family smiles, and thrives around them. In fact, it loves to be with you so much that your lap is not yours anymore!

Unlike the other designer dog breeds, Cockapoos are old hybrids that have been popular since the 1960s. The cross of Cocker Spaniel and the Poodle was well-received by people. In fact, Mary D. Foley founded the American Cockapoo Club in 1988 to preserve this wonderful breed.

They may be bred accidentally, but people were swoon over their sweet, intelligent, and loving personality. Over the decades, its popularity has greatly increased.

While the American Kennel Club does not recognize Cockapoos as a true breed yet, they are considered as a mixed-breed dog.

As a designer dog, Cockapoo’s size, appearance, and temperament is unpredictable and will depend solely on its parents.

The Cockapoo’s coat is either straight, or curly but never kinky. It has a single, long coat and has a rich variety of colors, including black, white, red, brown, sable, tan, blonder, or a combination of colors and patterns.

Most Cockapoos produce low amounts of allergens, such as dander and hair which makes them an ideal companion for people with allergies. 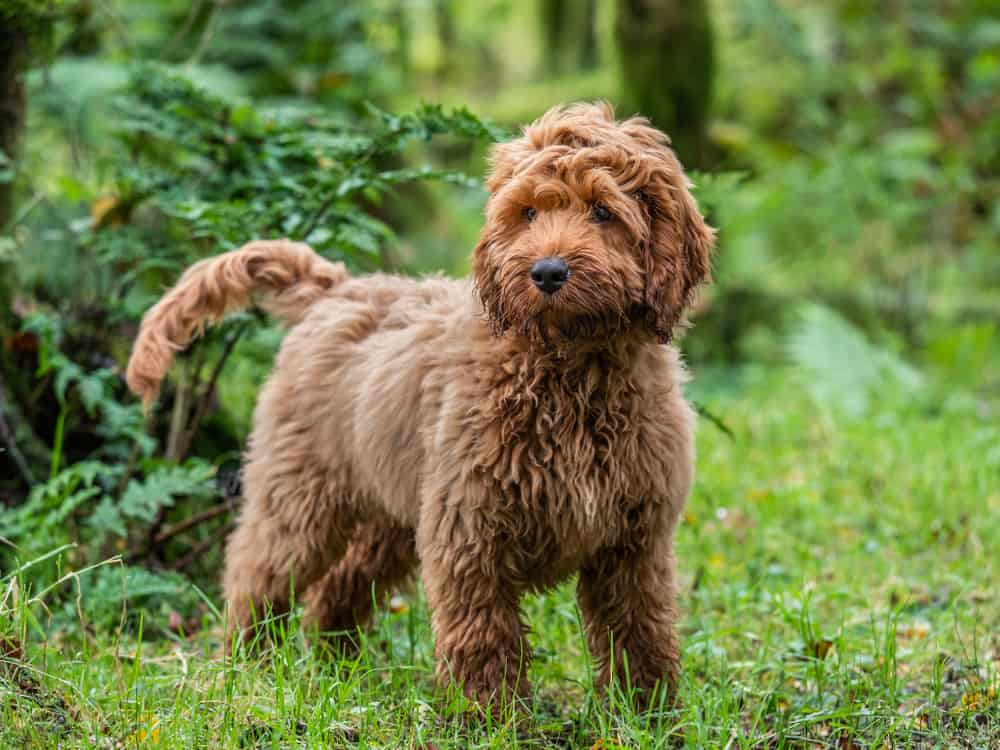 Because of its Poodle parent, Cockapoo’s size is divided in four different size categories:
The Standard or Maxi Cockapoo is the biggest size among the four. This dog stands at least 15 inches, and should weigh more than 19 pounds.

Second to the biggest is the Miniature Cockapoo that stands between 11 to 14 inches, and should weigh between 13 to 18 pounds.

The Toy Cockapoo, on the other hands, stands at 10 inches, and should weigh just under 12 pounds.

The smallest of all, the Teacup Toy Cockapoo stands at 10 inches in height, and should weigh less than 6 pounds. 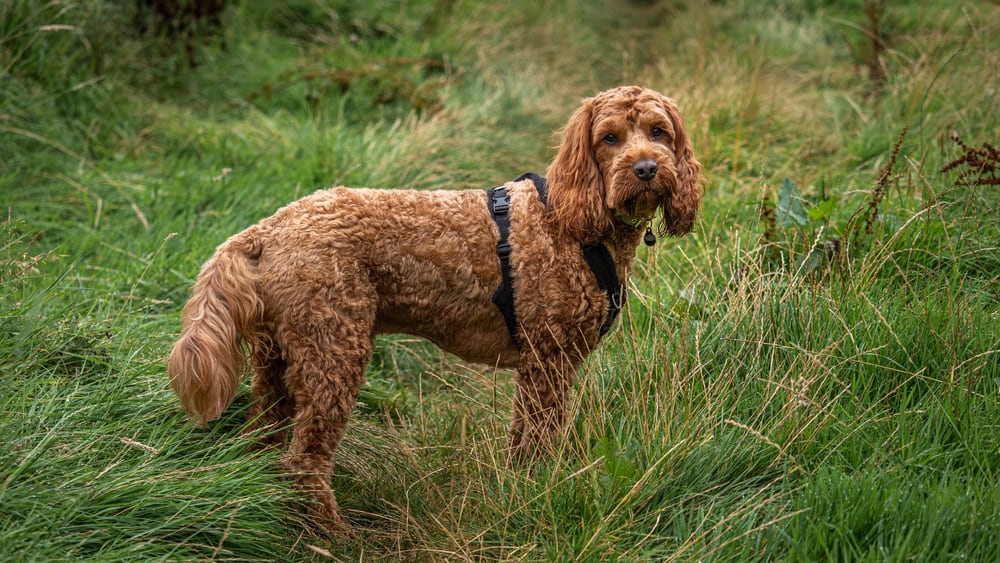 This breed lives between 12 to 15 years which is an average life span for its size, but long enough compared to other breeds. However, the American Cockapoo Club claims that this breed can reach up to 18 years. In fact, some Cockapoos are known to live for up to 22 years.

Typically, but not guaranteed, Cockapoos inherit its Poodle parent’s low-shedding coat and only produces little doggy odor to its skin and coat. Daily brushing is essential to keep its coat tangle- and mat-free. Its hair should be trimmed and clipped only when necessary. 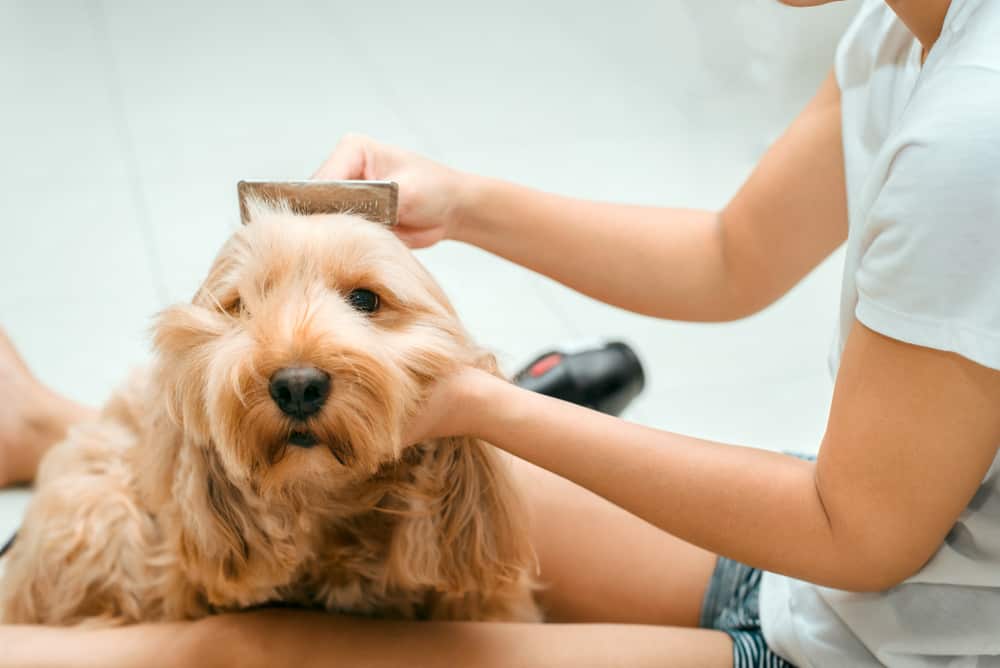 Cockapoos are bred to be an adoring, hypoallergenic dog with a warm personality. This breed has high intellect, and therefore are fast learners. They also tend to be their family’s source of smiles because of their funny antics.

They are a good companion dog, especially for elders and older children. Because of their extroverted personality, this breed typically gets along with everyone – whether people, canine, or other animals.

Depending on its personality, some are more active than the others, and some prefer to simply cuddle with you all day. Either way, this dog is sweet, smart, and everything nice. 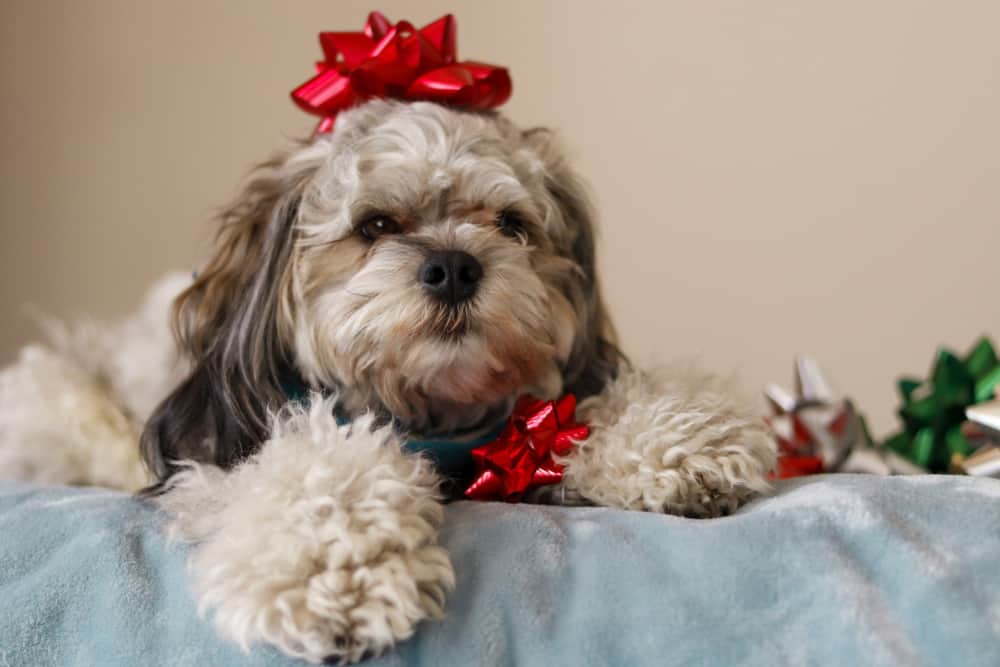 Let me tell you something interesting about the parents of this hybrid. Cocker Spaniel and Poodle are two of the smartest dog breeds out there, therefore expect Cockapoos to be a highly intelligent dog.

Such a genius dog is relatively easy to train and can learn almost anything in no time. However, because of their intelligence, they tend to get bored more quickly than the other breeds. So it is important to keep this little hybrid’s mind busy all the time. If not, then expect some negative behavior to be developed.

Aside from being a remarkably intelligent breed, Cockapoos also excel at agility training and solving puzzles. Agility training is an excellent way to bond with your dog, as well as participating in a fun, sporting activity. This is highly recommended to keep your Cockapoo healthy, happy, and sturdy dog.

Just like every other intelligent breed, Cockapoos need daily physical and mental stimulation. Because of its moderate energy level, a 15-minute physical activity per day such as games of fetch, or a walk at the park is enough to satisfy its exercise needs and prevent from becoming overweight.

As the owner, you can also use this opportunity to bond with your dog by playing in the backyard. Puzzle toys will also help your dog to stimulate its mind. 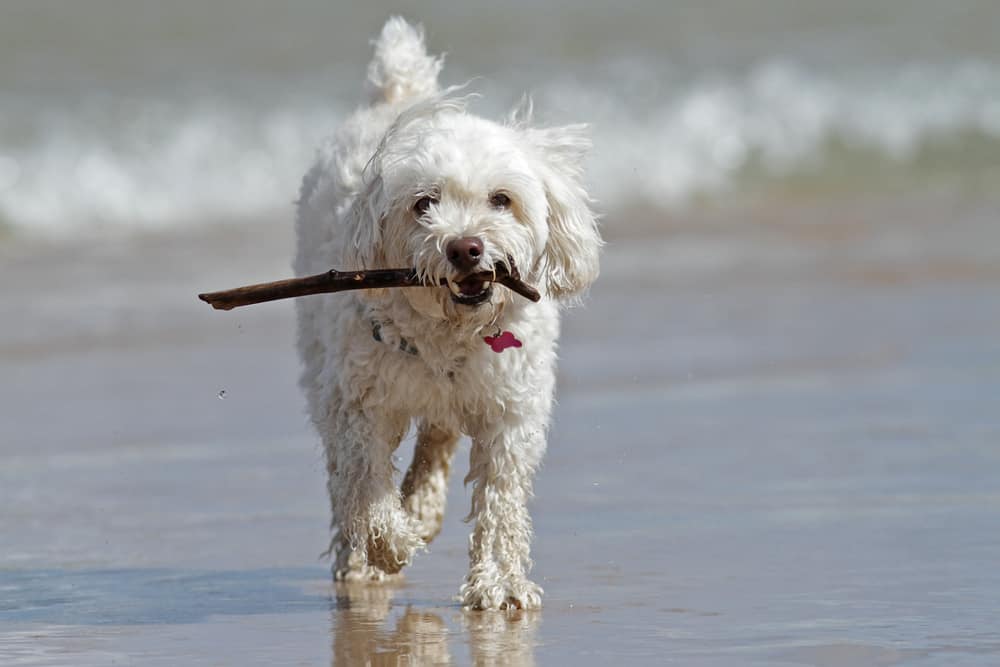 Cockapoos are fast learners. Because of their high intellect and desire to please their humans, they do a good job in obeying commands. To successfully train this dog, positive reinforcement techniques such as food rewards, praises, and fun play time should be practiced. Never punish your dog when they’re having a hard time learning a command – that’s a big NO NO. They can also recognize the tone of your voice or your mood well, so be careful when expressing how you feel because it may affect their mood as well.

Make sure that the training is started at an early age and shall be continued until it’s adulthood to ensure that it grows to be a well-behaved dog. Remember, it’s Cocker Spaniel parent tends to be too friendly that they may jump at people, even at strangers because they’re too happy to see them. 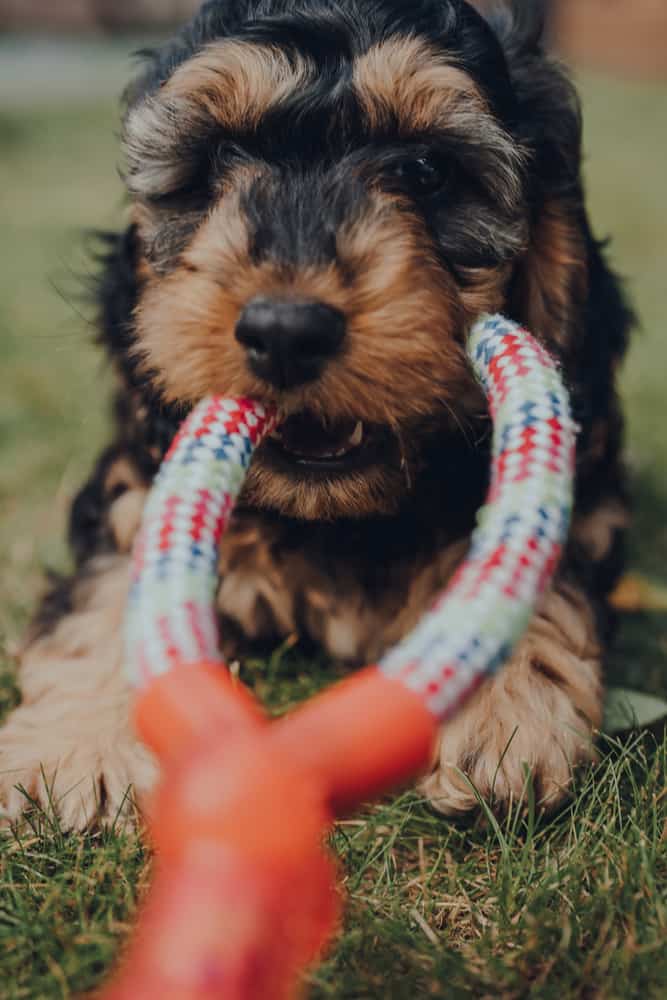 Originally, Cockapoos are bred to be a companion dog, and they do an excellent job! This breed’s affectionate and loving nature makes everyone fall in love with him easily – may it be children, elders, or even other pets. Their sizes are perfect to be a cuddly buddy, but also big enough to play with larger dogs. This dog spreads happiness to everyone around him, he is just too happy that he exists. With Cockapoos in your house, there’s surely no bad days.

Cockapoos are known to easily adapt to its environment. This dog can either live in an apartment, or in a house with a backyard, although Standard or Maxi Cockapoos doesn’t adjust in apartments as easily as the other smaller sizes. One thing is for sure, regardless of its size, Cockapoos should not live in a kennel. They love seeing their humans, therefore must be kept indoors.

This breed barks minimally, so if you live in an apartment with noise restrictions, they may be an ideal companion. Although some may bark at approaching strangers, or when they get bored, this can be prevented with proper training. 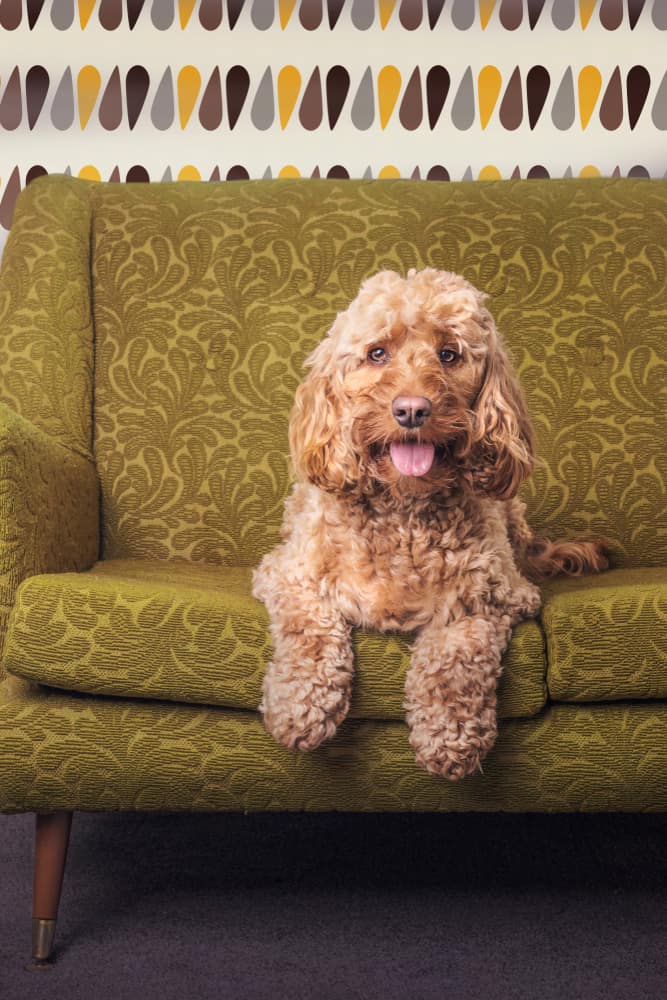 No one wants to be alone – may it be a pet or a human. Cockapoos thrive when they are with their family, and may suffer from separation anxiety if they feel that they’re alone, or abandoned. This may lead to development of destructive behavior such as excessive barking and chewing. 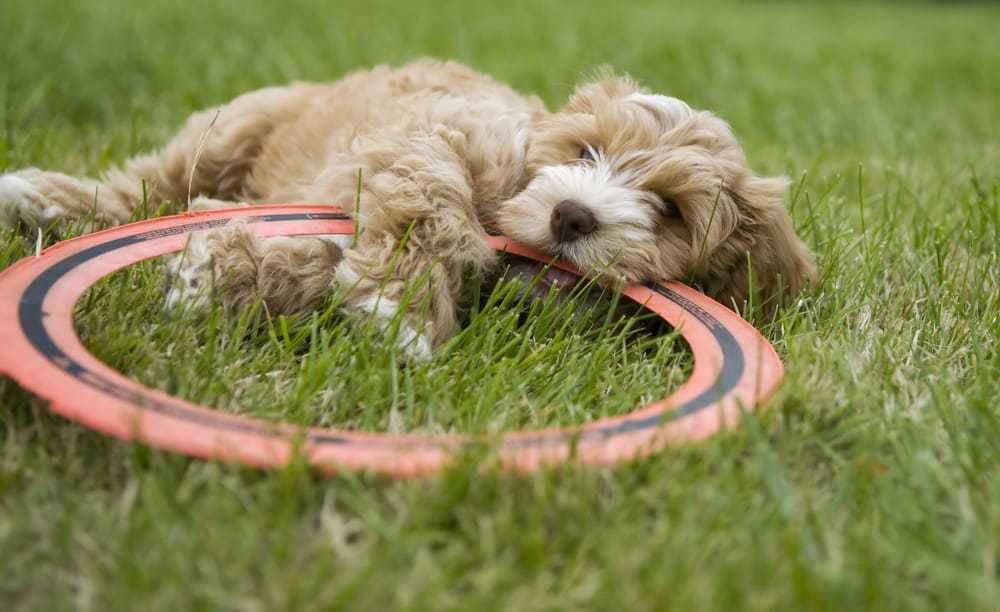 While hybrid dogs, such as Cockapoos tend to be healthier than their parents, they may also be prone to some genetic ailments and health conditions. Cockapoos may suffer from cataracts, patellar luxation, hip dysplasia, allergies and liver disease. 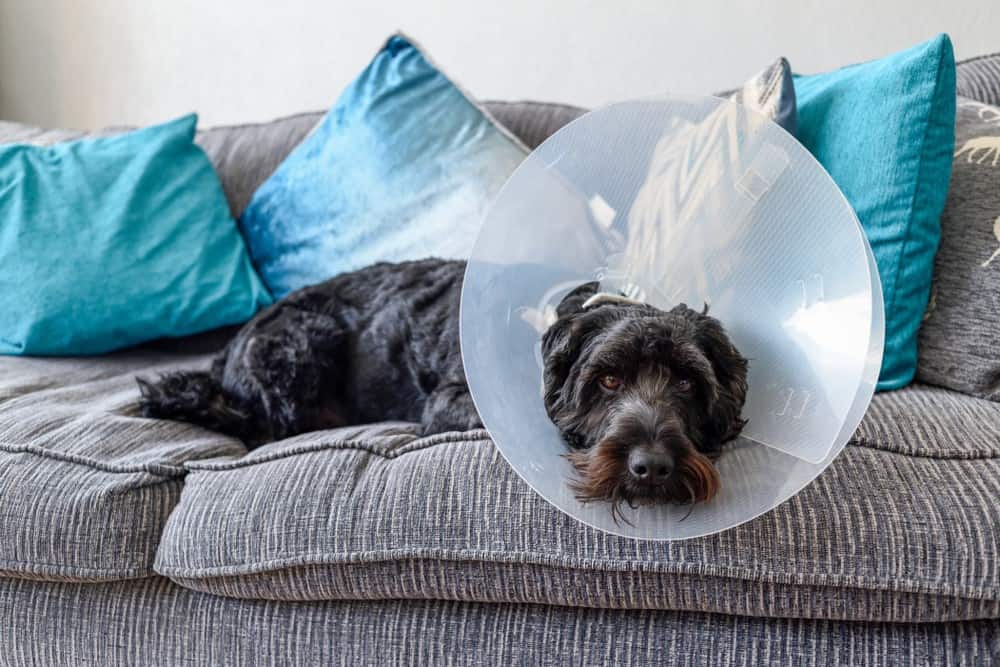