Where is Bison found? 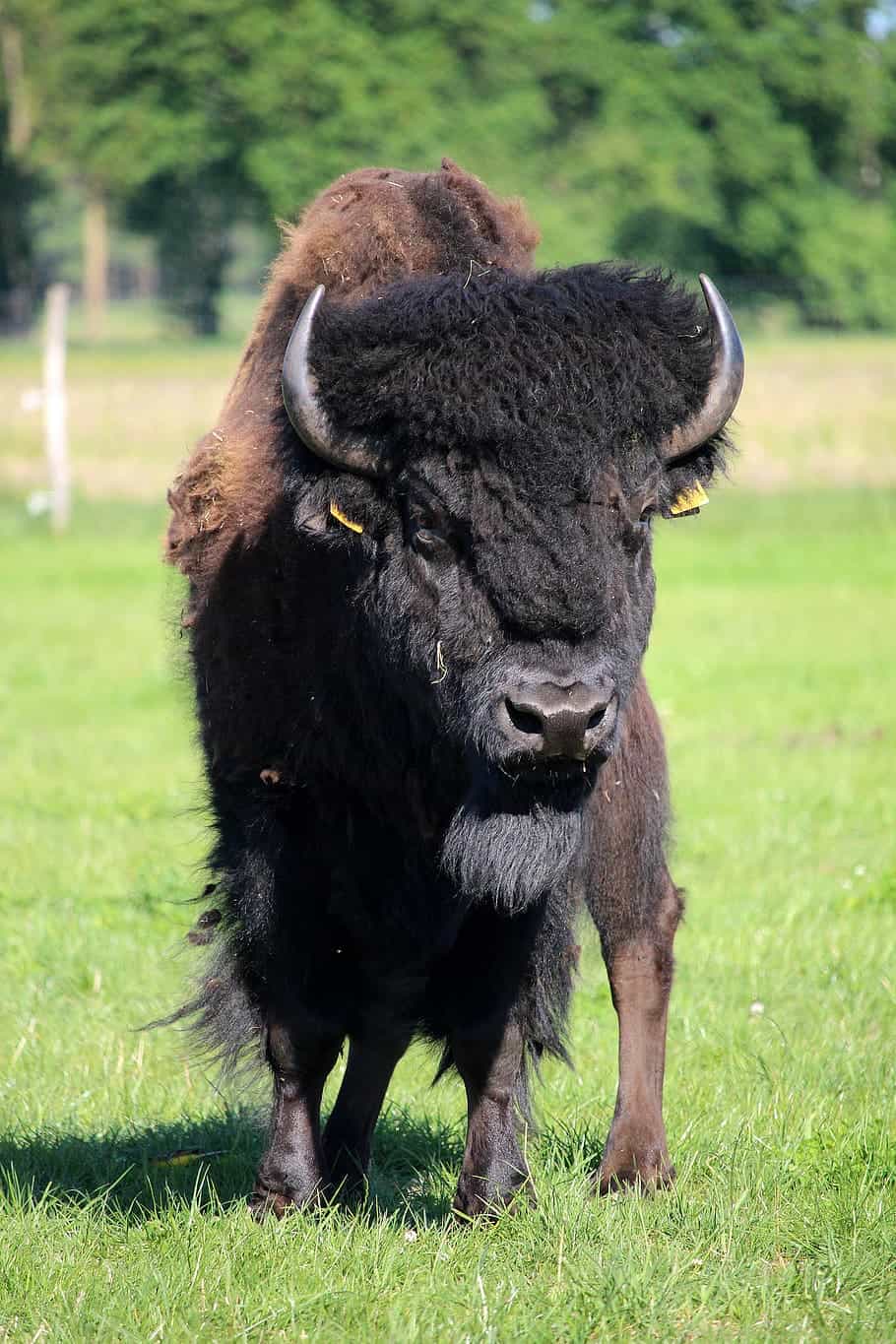 The bison is mostly found in North America. They are well adapted to the cold climatic conditions because they have a shaggy, hairy coat that they shed in the summer season.

How big is a Bison? 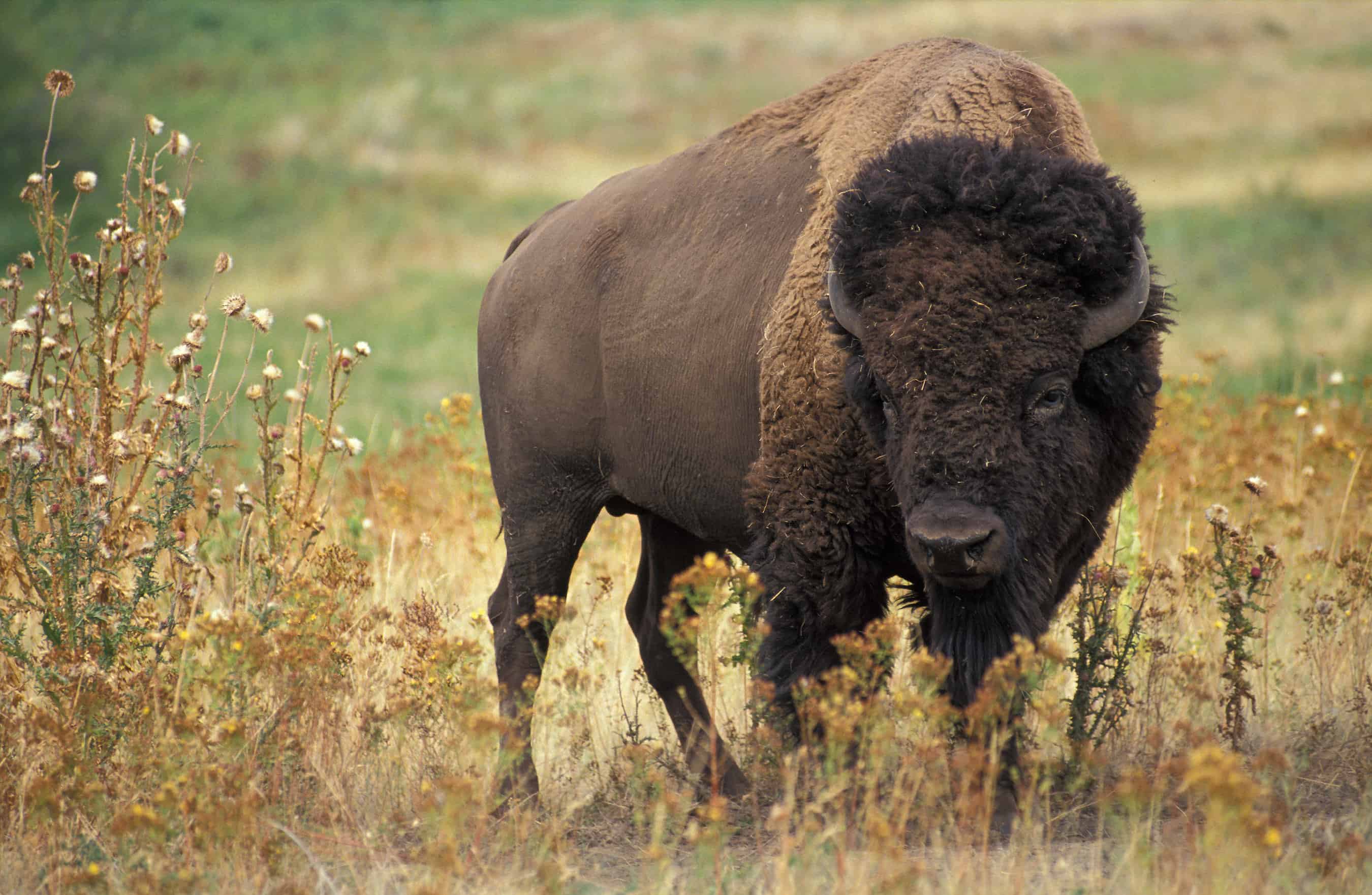 Being the largest mammal in North America the bison has a gigantic structure with a hump on its neck region. The American bison is 12.5 feet, that is from head to its rump and weighs about 2,200 pounds. Compared to the buffalo you will note the bison is slightly bigger than the buffalo. The bison has small horns which are quite sharp and can be used for self-defence, to gore other animals when threatened.

How many types of Buffaloes are there? 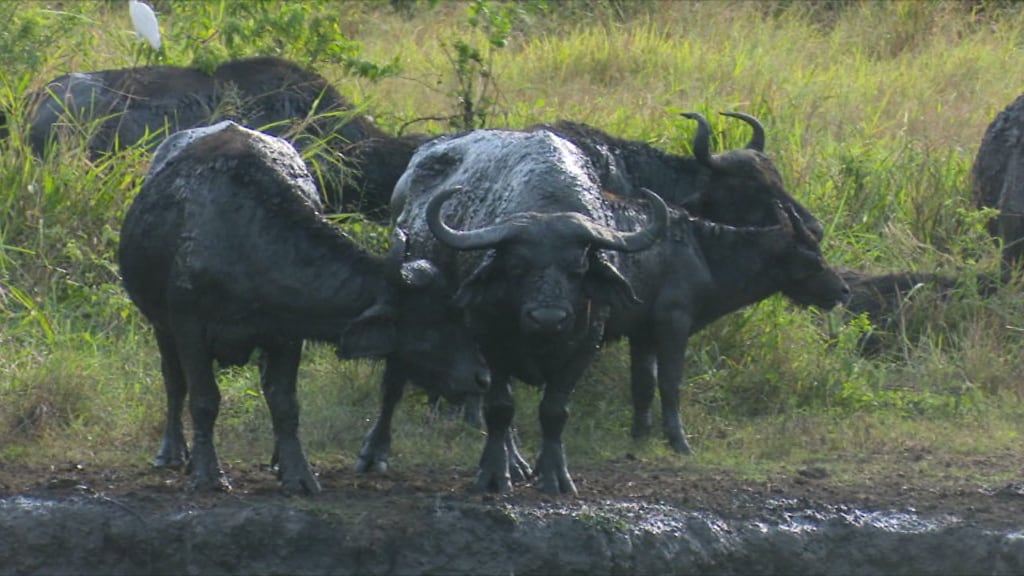 Buffaloes are of two types – the Cape Buffalo, and the Water Buffalo. The Cape buffalo is located in the African savanna while the Water buffalo is mostly found in Asian countries.

What is the difference between Cape and Water Buffalo? 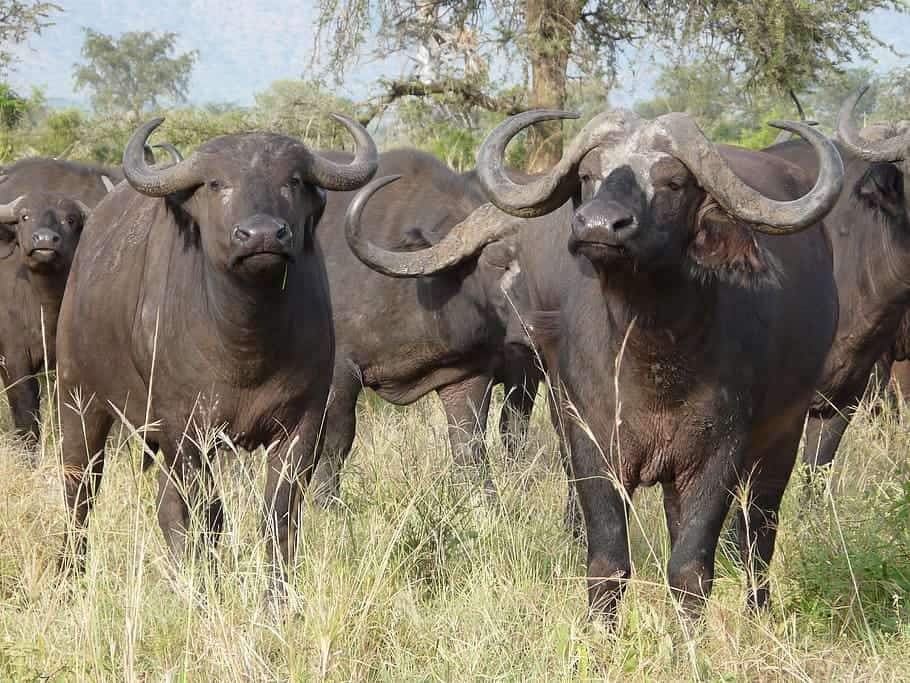 The Cape and Water buffalo differ mainly in size and behavior. We have all heard how aggressive and hot-tempered buffaloes are. The fact is it’s only the African buffalo which is hot-tempered and aggressive. Actually, the water buffalo has a very mild character and is actually domesticated in some parts of Asia

What is the size of a Buffalo? 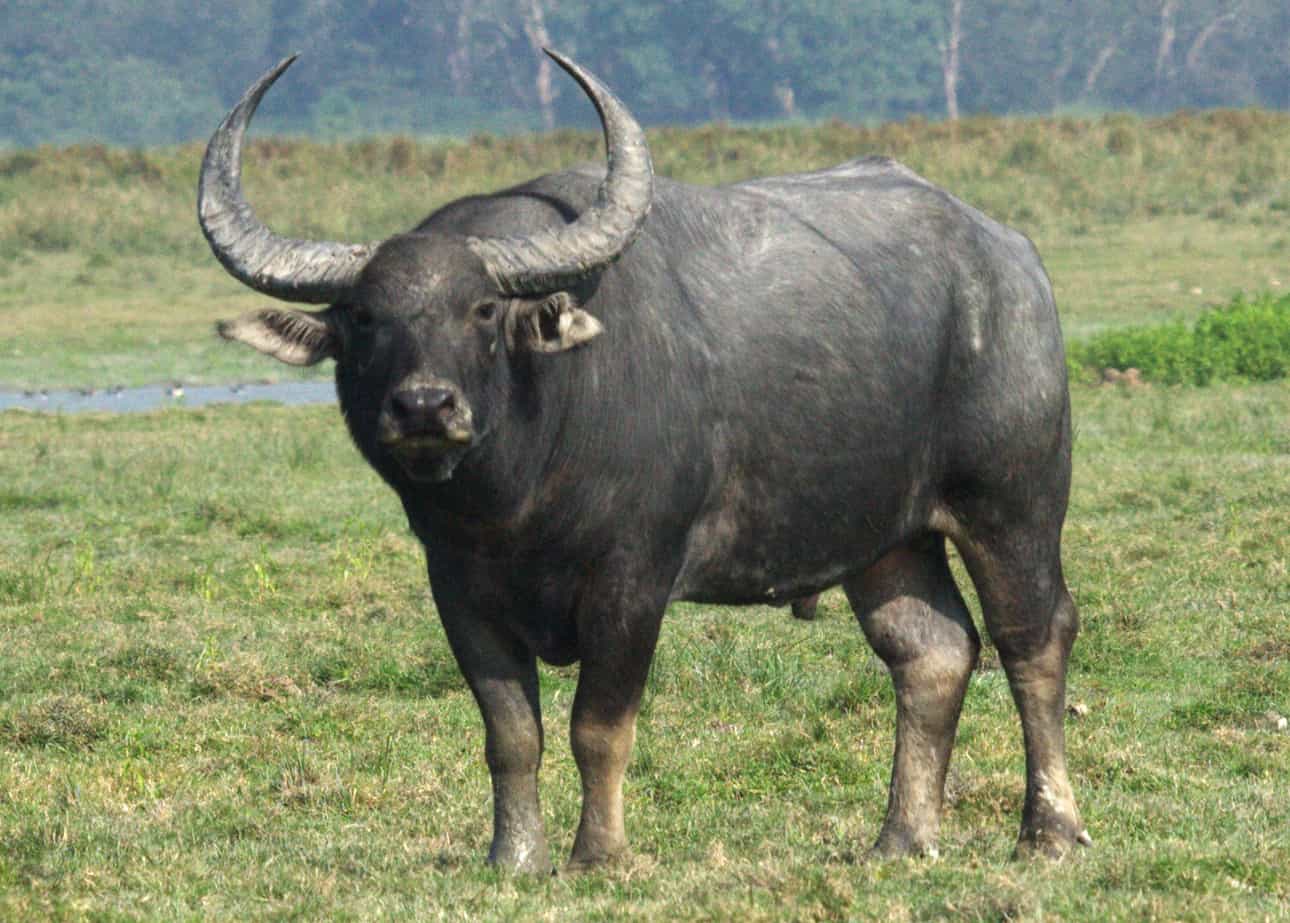 Bison vs Buffalo comparison and difference

Bison has a hump while the buffalo doesn’t. The hump which is located in the shoulder region helps the bison’s head to function as a plow to sweep away snowdrifts in the wintertime.

The horns too are different for the two animals. The bison has small sharp horns while the buffalo has longhorns, though not as sharp as in the bison.

Bison have a shaggy-hairy coat which helps them during the cold season to stay warm. Buffaloes have a smooth glossy coat with less hair than the bison, mostly due to the fact that the buffaloes stay in warmer areas than the bison.

Bison vs Buffalo Fight comparison- who will win?

Now let’s come to the big question. Between the bison and the buffalo who can win in the event of a fight.

Due to the differences in the character of the water and the Cape buffalo, you wouldn’t expect the water buffalo to get involved in a serious fight. They are actually domesticated and this makes them very calm compared to their cousin which is famous for its short temper and aggressiveness.

The Cape buffalo is one of the most feared animals by hunters. And due to its unpredictable nature, the cape buffalo has remained to be very dangerous to other animals and human beings as well.

Naturally, the buffalo has many predators and this makes the buffalo defend itself from its predators which include the lion and the crocodiles.

In a fight with a bison, the buffalo will most likely win the fight due to its aggressive and unpredictable behavior, while on another hand, Bison is more muscular, stalky and have a stronger bone structure. But this fight will be a very tough one because the bison and the buffalo are almost the same size and have the same characteristics.

Watch the Bison Vs Buffalo fight comparison in the video below.

I hope you liked reading this article on Buffalo vs Bison comparison.