Perhaps you know Nana, the famous nanny employed by the Darling family in Peter Pan. Well, guess what? Nana is a Newfoundland! And true to its role as a nanny, the Newfoundland, or Newf, also makes a great babysitter in real life!

The Newfoundland originated in Newfoundland, Canada, sharing the same birthplace with Labrador Retriever. In history, this breed worked alongside fishermen. There are three theories on how Newfoundlands originated:

The Newf is said to be a cross between the Tibetan Mastiff and American Black Wolf;
It is said that in 1000 AD, Vikings transported black “bear” dogs when they visited the New World. The dogs were then bred with native wolves of Eastern Canada;

The last theory claims that they were interbred with European dogs during the 15h and 16th centuries.

In the 1780s, Newfoundland almost lost its existence due to the restriction imposed by the government that Canadian families need to pay taxes on one dog that they’ll adopt.

The Newfoundland had its comeback when the artist Edwin Landseer included the breed in his paintings. In fact, the black and white variety of the Newf was named after him.

It became more popular when Newfoundland Governor Harold MacPherson made Newf as his breed of choice.

In 1879, the American Kennel Club officially recognized the breed.

The Newfoundland is a giant, sturdy working dog with a big bone, impressive bearing, and webbed paws. Its head is dignified, and the expression is soft and profound.

This dog has a double coat that is flat and water-repellent. The outer coat is lengthy and coarse, while the undercoat is smooth and dense.

Its coat color may be solid black, brown, gray, or Landseer which is a black and white coat named after the painter Edwin Landseer. 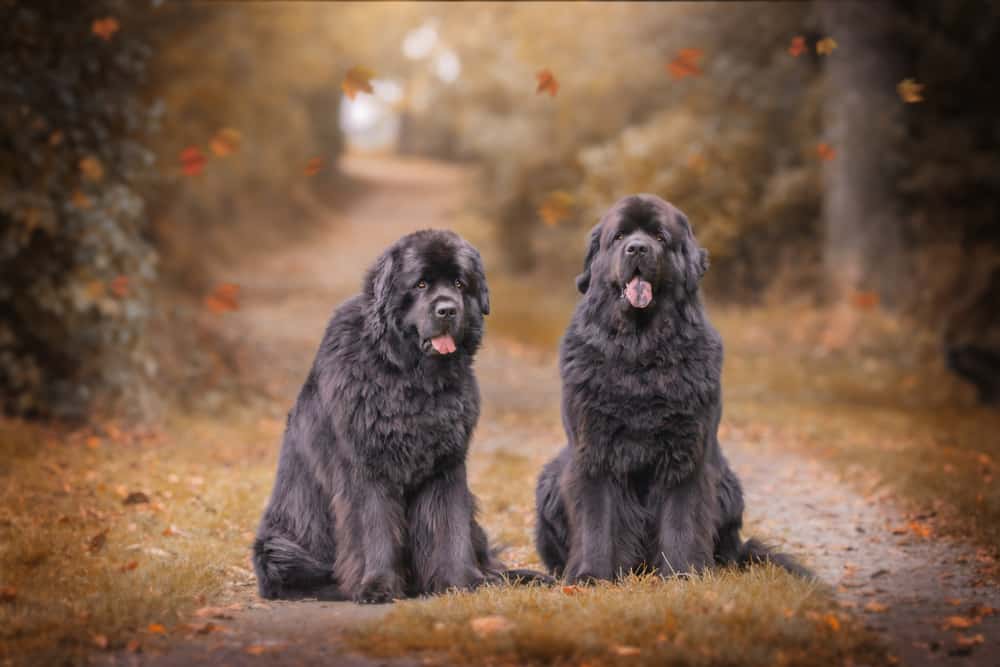 The Newf is a large dog, with males standing at 28 inches and females at 26 inches. Male Newfoundland weighs between 130 to 150 pounds, while females are lighter at 100 to 120 pounds. 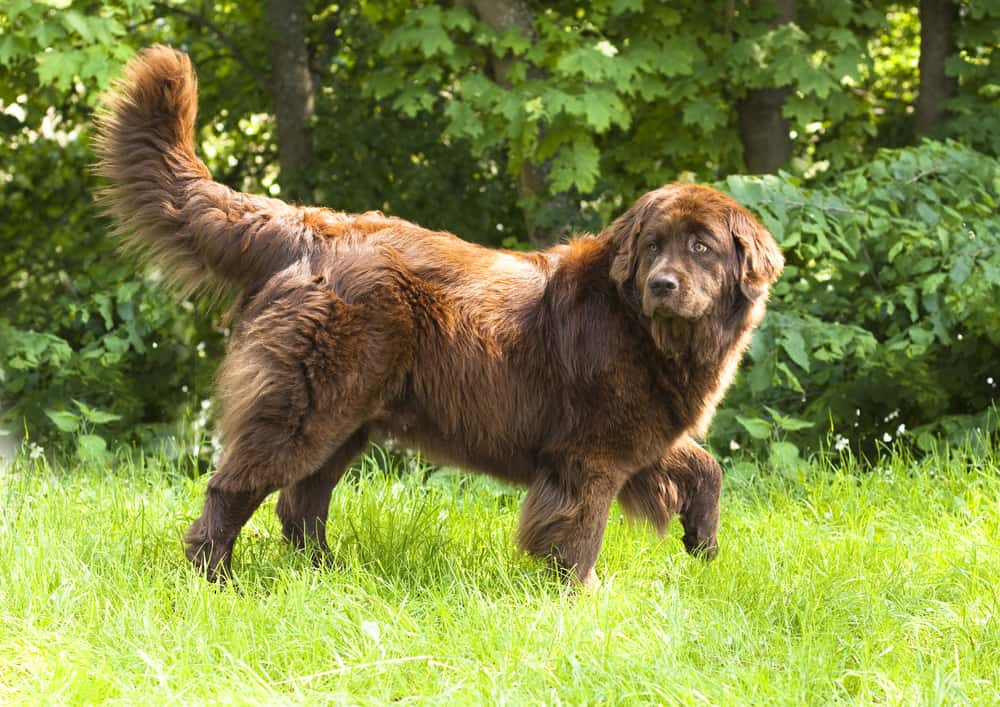 On average, Newfs can live between 8 to 10 years. However, a very healthy Newf may live up to 15 years! The way you take care of your dog plays a big role in his life expectancy, so make sure to provide your dog with proper care and treatment.

Newfoundlands are moderate shedders, and they will shed more during spring and fall. Their long, thick coats require regular brushing. Most owners opt to hire a professional groomer since grooming this gentle giant may be too much work.

Regardless if you hire a professional or do it yourself, their shaggy hair would still need regular brushing. More often, you may find dirt stuck on their hair. Baths should be done when necessary, about every one to two months or when they get really dirty.

Newfs are popular for having a sweet temperament. Actually, it’s the primary characteristic of the breed. This breed is living proof of a huggable giant teddy bear.

Newfs love kids and can be trusted with them. They are intelligent, highly trainable, and a great protector due to their intimidating size – they’re one of the world’s biggest dogs! This dog is happiest when around his human family, therefore should not be kept outdoors or at the kennel.

Because Newfs grow to be very big, they need socialization at an early age to ensure that they grow to be calm and well-mannered dogs. 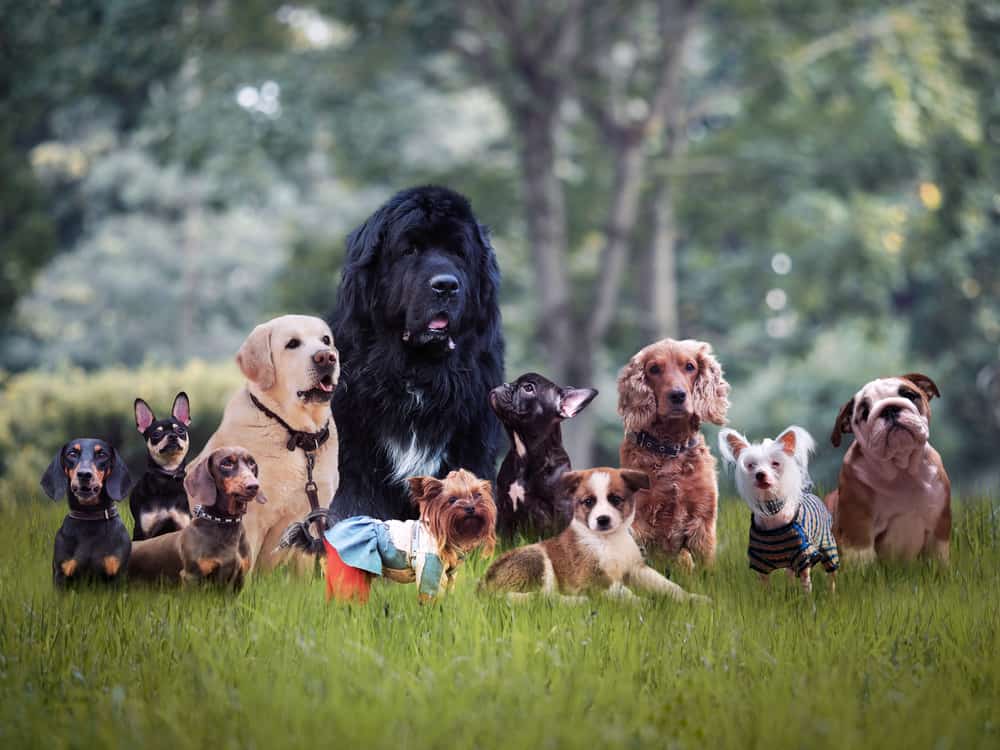 Aside from being one of the biggest dog breeds in the world, Newfs are also considered one of the most intelligent dog breeds out there. That combined with their eagerness to please personality, training should not be difficult. But, being a smart dog also means that they need to have regular mental stimulation, or else they’ll be destructive. 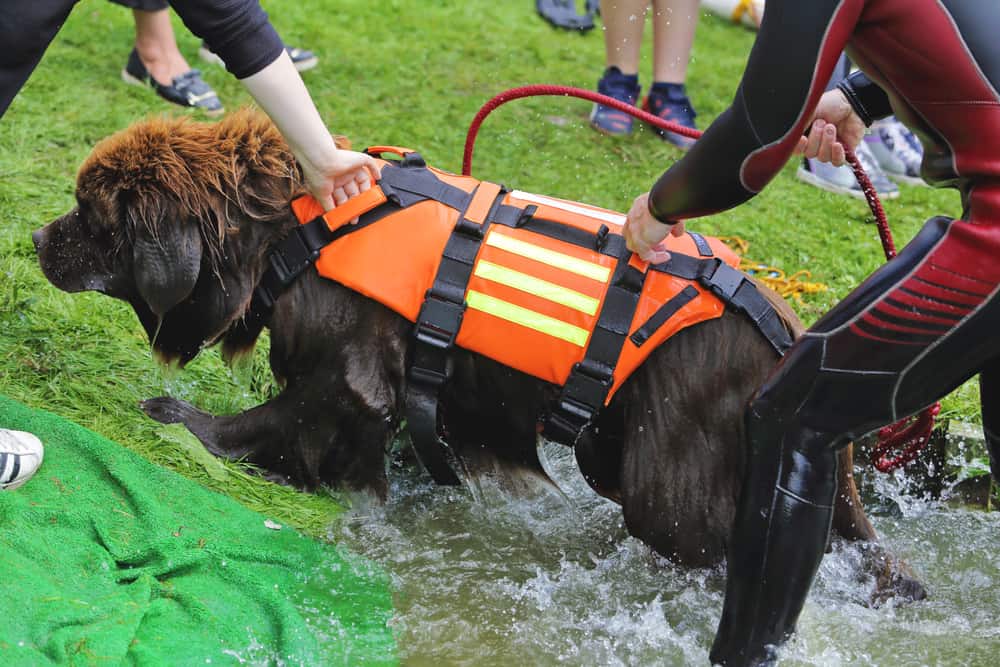 Bred to work, Newfoundlands are capable of working both on land and water. In fact, there are countless records of Newfs saving people from the cold waters of the Atlantic after a shipwreck. With their webbed feet, this breed makes an excellent swimmer! 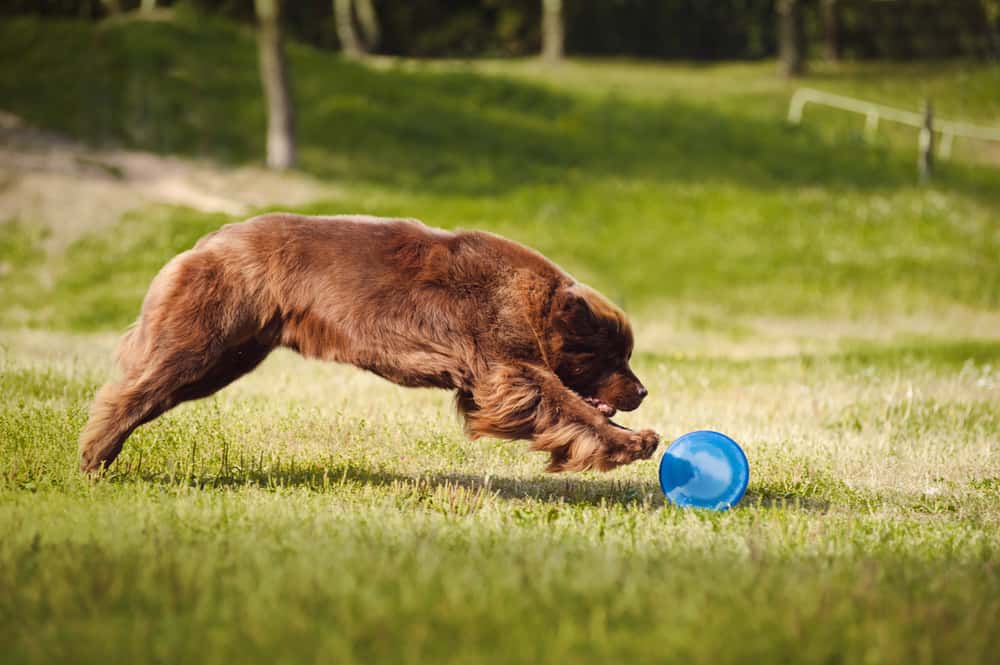 Although calm and mellow, Newfs still need physical exercise to keep themselves fit and healthy. At least half an hour of moderate exercise will be sufficient. An activity they’ll surely enjoy is swimming, but they can also be your companion for walking and hiking.

They also love it when they’re given a job to do – well, it’s expected since they’re working dogs.

Aside from physical exercise, they also need mental stimulation. At home, you may give them puzzle toys to keep their minds busy. 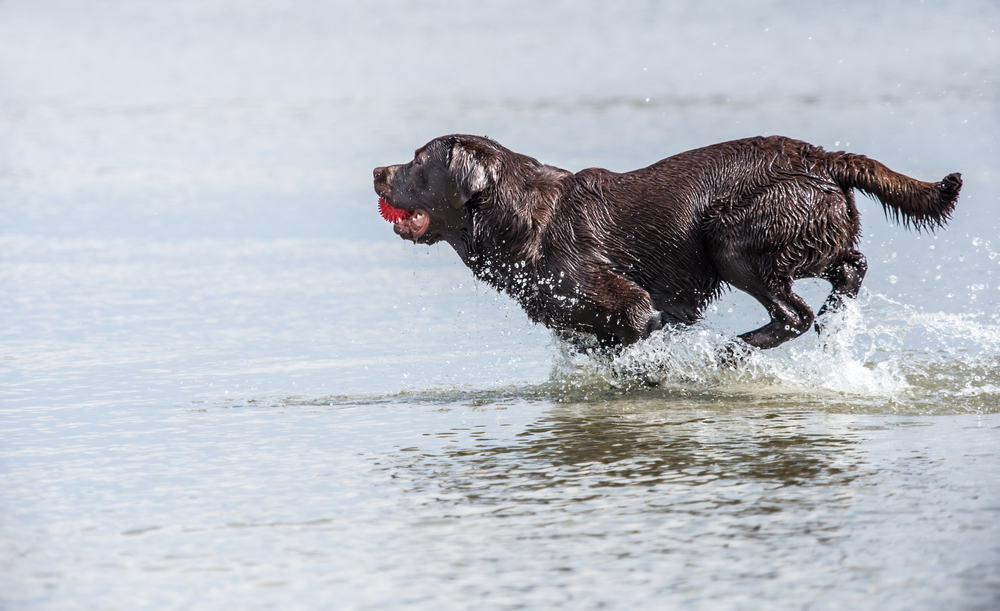 Train your Newfoundland as soon as you brought him home. Training him when he’s already a 100-pound dog is way too challenging, so it’s better to start when he’s still a pup.

A smart and eager to please dog, you surely won’t have a hard time training Newfs. There’s almost nothing that this breed can’t learn!

It is essential for this dog to take leash training. He’ll grow to be a giant dog, and it might be hard to control him later on if he’s not properly trained. 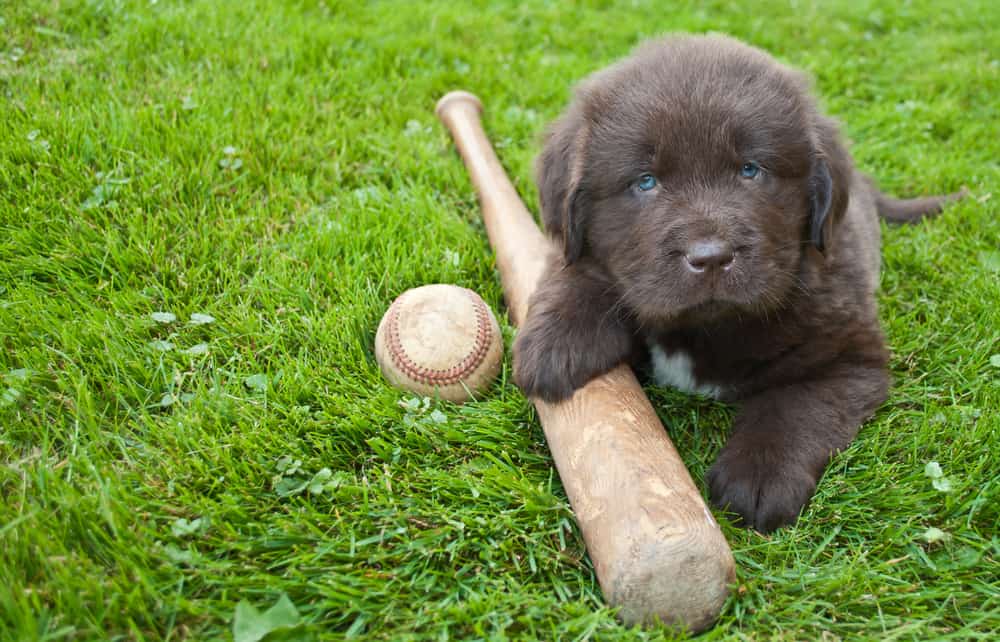 Newfoundland enthusiasts claim that this breed is a natural-born babysitter. They have high tolerance toward children. Despite being large-sized dogs, Newfs are sweet, kind, and great protectors, making them an excellent family pet.

However, they need supervision when playing with smaller children, as they may accidentally injure or knock them over due to their large size. Overall, you will be rewarded with a loving and protective gentle giant if you decide to keep this dog. 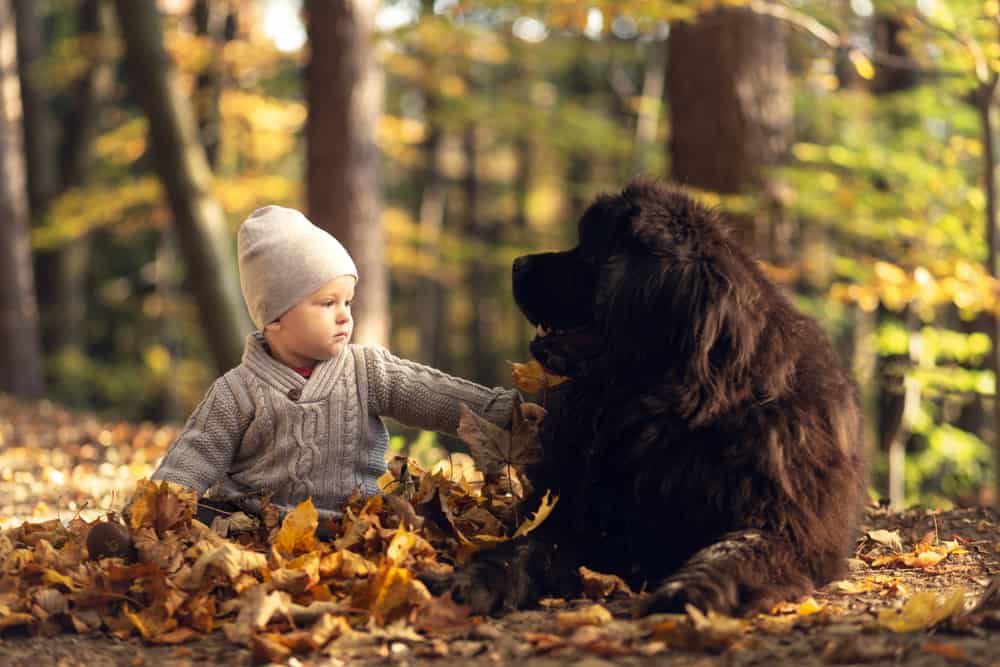 As mentioned, Newfoundland is one of the biggest dogs in the world. They are not suited to small condos and apartments. Instead, they need a spacious home where they can comfortably rest their big body. 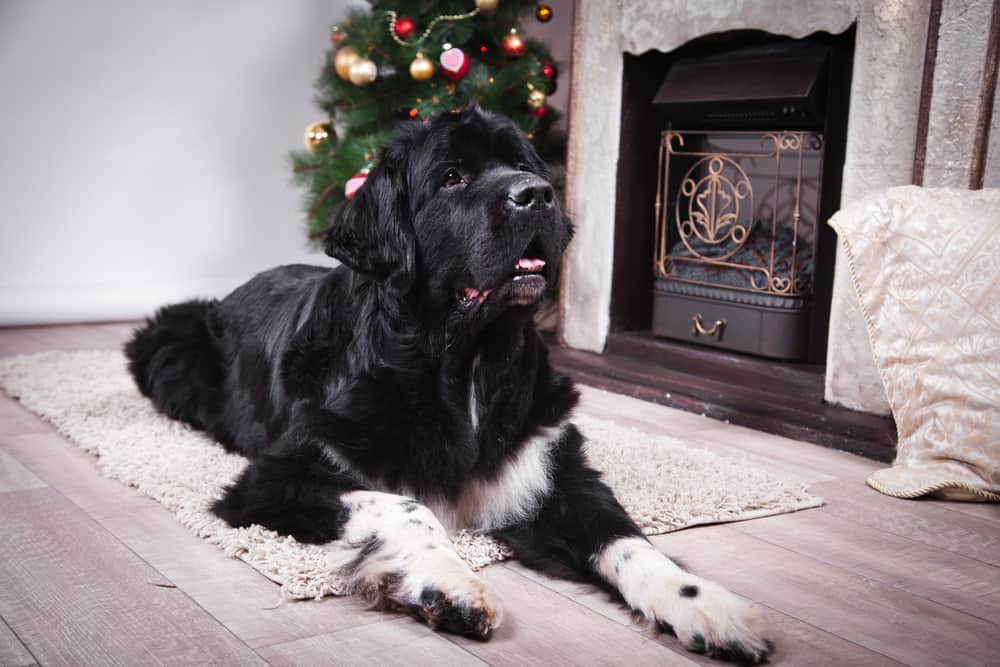 Newfoundlands adore people, and daily contact with their family is essential for this dog. Without that, they can suffer from severe separation anxiety. Signs that your Newf is depressed are restlessness, chewing, and excessive barking. 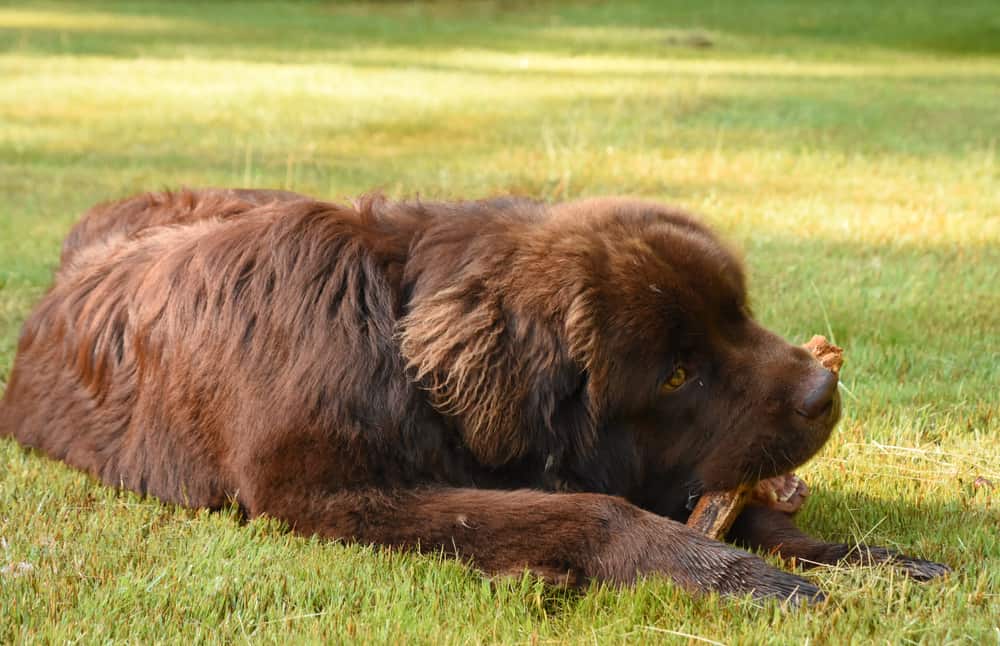 There are several health issues with Newfoundlands that you may want to look out for. For pups, don’t let them engage in vigorous physical activities, such as cart pulling or jumping into hard surfaces. Their bones are not yet fully developed, making them prone to bone disorders. Playing on the grass is fine. Swimming is a great activity as well.

Newfoundland has a high tolerance to cold climates, although not much to warmer ones. They are prone to heatstroke, so keep them with enough ventilation and access to water especially during hot weather.

Newfoundlands may also suffer from elbow and hip dysplasia, cystinuria, and subvalvular aortic stenosis, which is a heart defect involving heart valves. 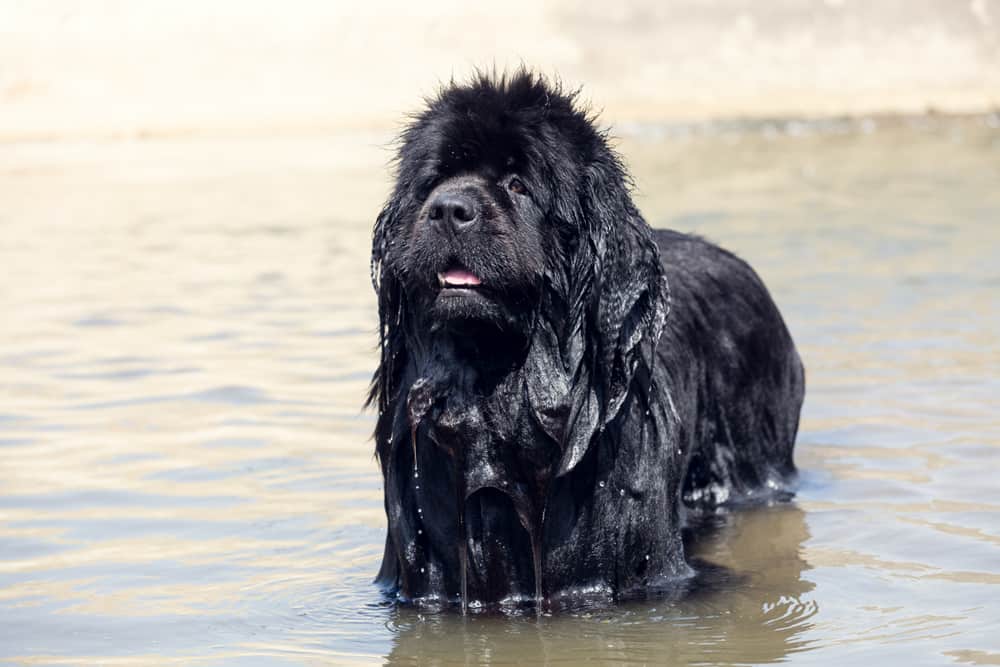