If you’re looking for a beautiful dog that is built for hard work, then consider the Bernese Mountain Dog is one of your choices. This dog is big, strong, yet affectionate and kind. They’re usually calm but are always ready to play or go on walks with you.

The Bernese Mountain Dog, or Berner for short, originated in the Canton of Bern in Switzerland, hence its name.

It is believed that the Bernese Mountain Dog, along with three other breeds, is a cross between farm dogs from the Swiss Alps and the Mastiff-type dogs that the Romans brought when they invaded the Alps in the first century B.C.

In 1902, the Swiss “shepherd dogs” which included mountain dogs became popular because of dog shows. It’s this year that these dogs were called “Bernese.” It’s also the same year that the Swiss Kennel Club officially recognized the Bernese Mountain Dog.

During World War I, the Swiss took a break from breeding dogs, including Berner. After the war, this breed was exported to Holland, and then to the U.S.

In 1936 in England, the first litter of Berner pups was born. In the same year, the Glen Shadow Kennel in Louisiana imported male and female Berners from Switzerland. After a year, the American Kennel Club recognized the breed under the working class.

World War II put a halt on the breeding of Berners. But in 1945, the importation and registration of this breed resumed in the U.S.

In 1981, the Bernese Mountain Dog Club of America became a member of the AKC.

The Berner has a beautiful, thick double coat. Its outer coat is long, while the undercoat is wooly that is suitable for cold climates. They love romping on the snow!

This breed has a prominent tricolor coat: jet-black hair with rich rust, and a bright white called “Swiss cross” on the chest. There are also white markings between the eyes and on the tip of their tail.

Underneath their elegant coat is a powerful, sturdy body. 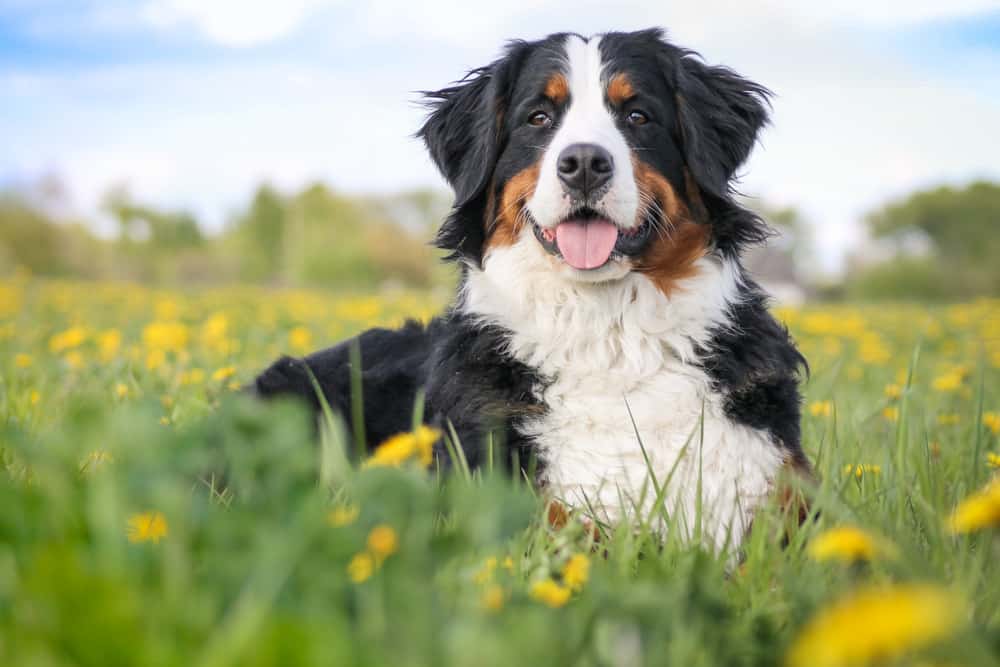 On average, male Berners stand between 25 to 28 inches at the shoulder and weigh about 80 to 115 pounds. Females are smaller and lighter at 23 to 26 inches tall, weighing around 70 to 95 pounds.

Because they are large-sized dogs, they may be too difficult to handle for novice and timid owners. 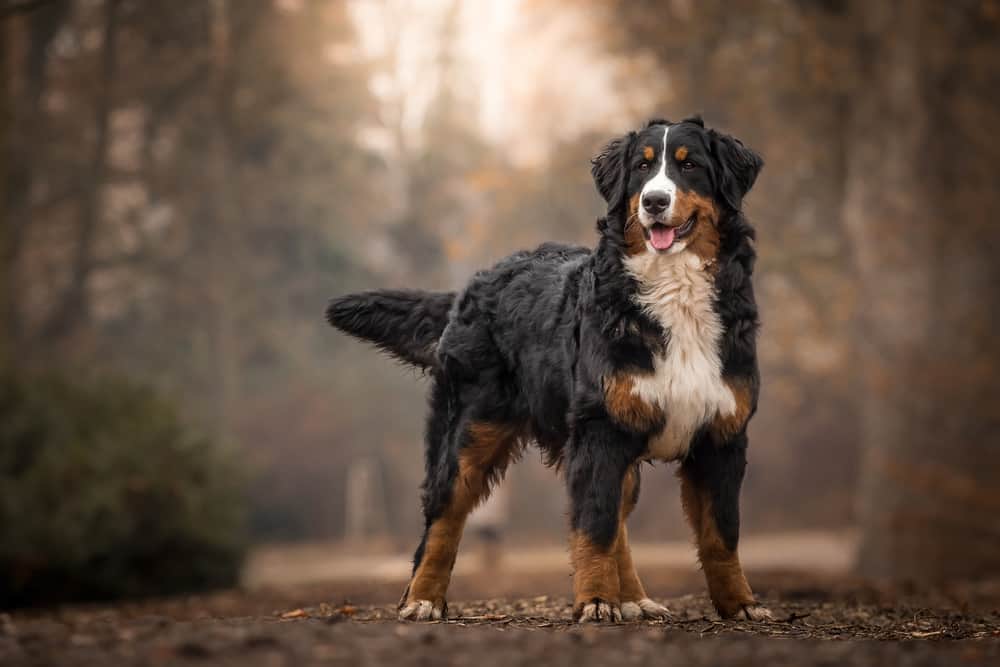 Due to their small gene pool, Berners may develop several health problems. This breed has a short life span of 6 to 8 years, though recently their life span has extended up to 10 years, mainly because of responsible breeding.

However, there are still existing breeders who practice irresponsible breeding practices. Make sure not to patronize those people and know your breeder’s history as much as possible.

Beauty has a price, they say. That’s true for Berners. They are moderate shedders but sheds heavily during spring and fall. You need to brush them several times per week to keep their hair tidy and tangle- and mat-free. Bathing, on the other hand, should be done at least every three months. 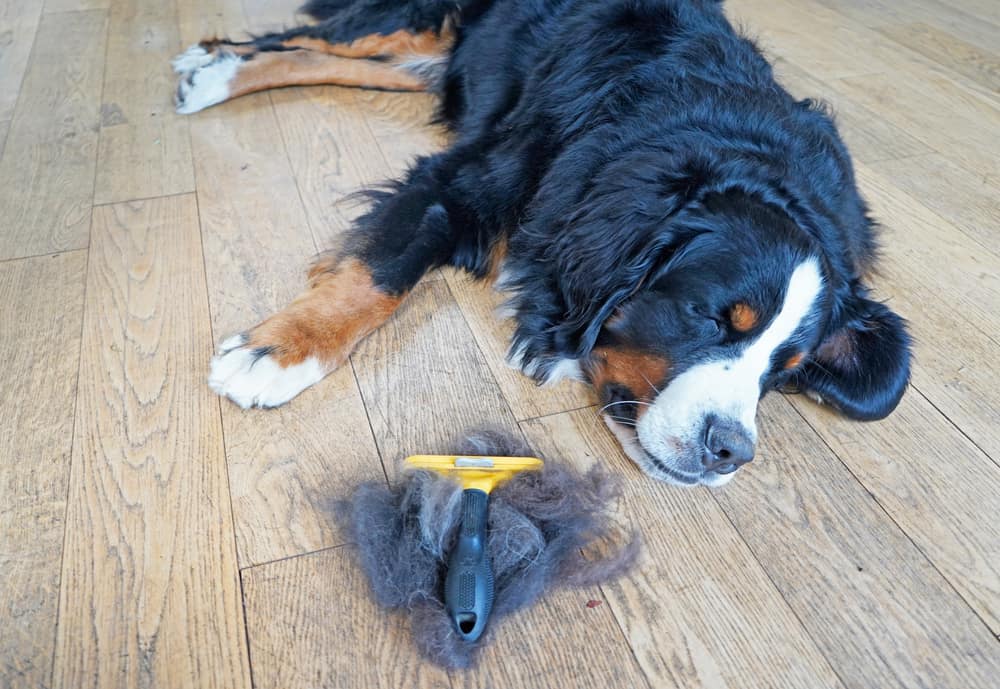 Aside from the fact that Berners are undeniably good-looking, they are also loyal, friendly, and gentle. They love to be with their family and are happiest when included in family activities. They also love a job to do, so make sure to give them one.

Berners are also smart and eager to please, making them highly trainable dogs. Expect them to be vigilant and always ready to protect their family, they aren’t always aggressive though. When surrounded by unfamiliar faces, Berners tend to be aloof and shy, so early socialization is important for this dog.

Another thing you might want to know is that Berners are slow to mature – their bodies might have fully grown long before they get to reach mental maturity.

Overall, their wonderful temperament and happy-go-lucky attitude make them a great addition to a family that can provide them with the training and affection that they need.

According to Stanley Coren, a canine psychologist, Berners are bright dogs. This breed ranked 27th among 138 dog breeds when it comes to obedience and working intelligence. They are quick learners, making them capable of having various dog roles. 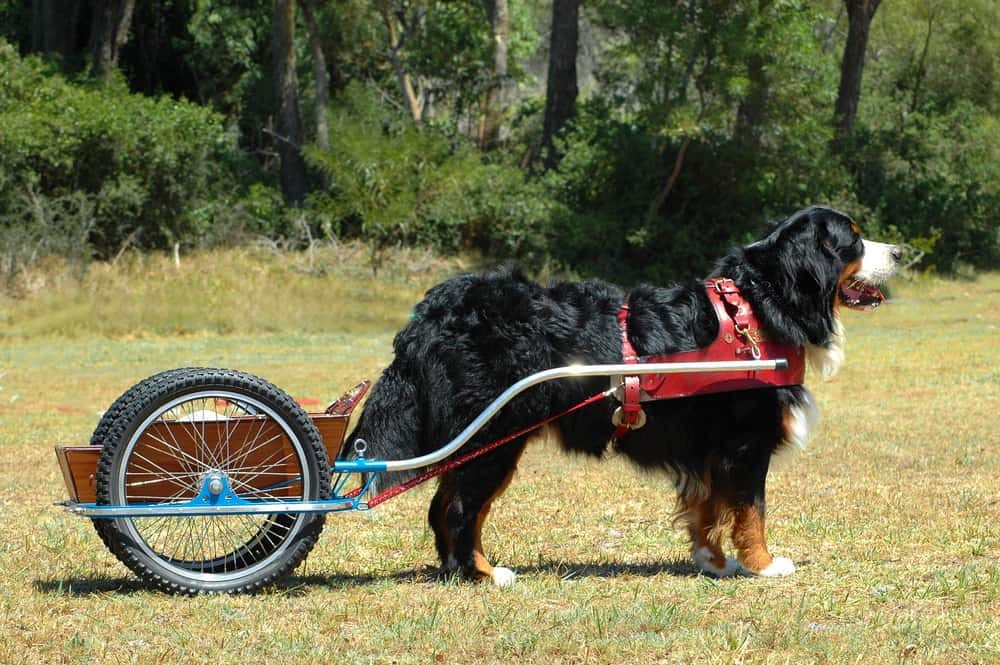 Originally bred to herd cattle, pull carts, and be guard dogs at the farmlands of Switzerland, the smart and athletic Berners excel at almost anything!

Today, Berners are popular competitors for canine sports, such as obedience, tracking, herding, and carting competitions. 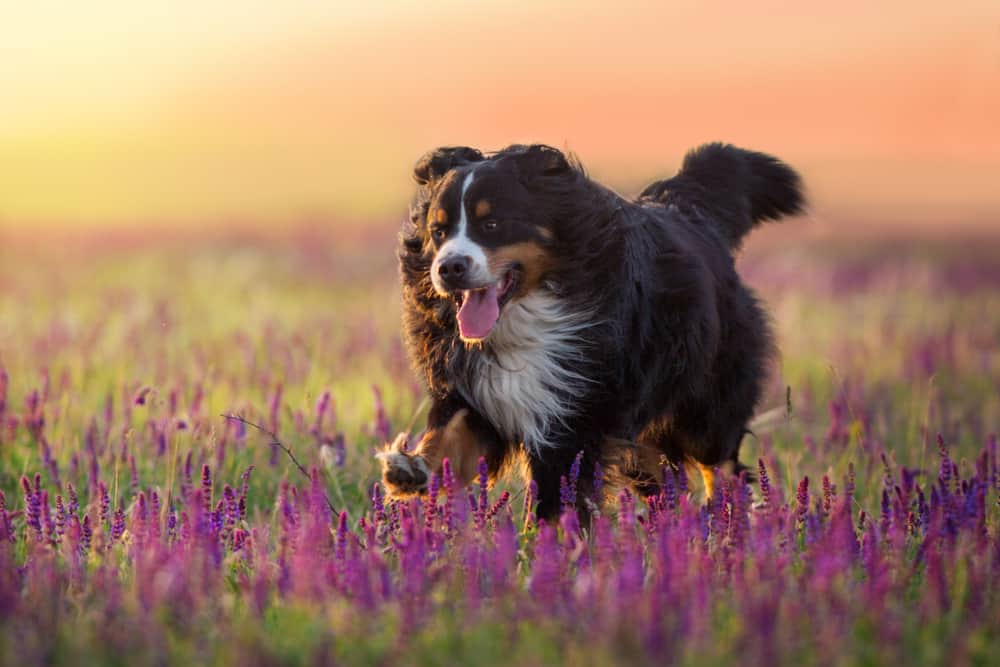 Being working dogs, Berners have a great deal of energy. Aside from play sessions in your backyard, it is also essential for them to have a minimum of 30-minute robust exercise per day.

Keep in mind that this breed does not thrive in hot climates. They are prone to heatstroke, so don’t take them out to exercise when it’s very hot. Instead, exercise them during early mornings or evenings, it’s cooler at those times. Always provide them with water and proper ventilation. 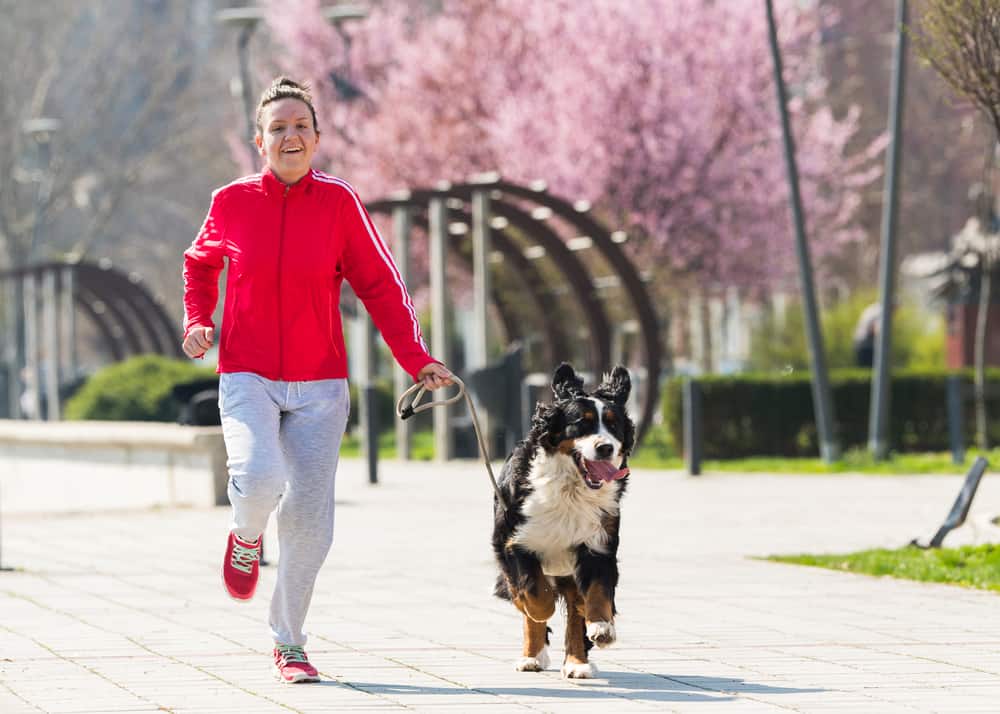 Intelligent and eager to please – this combination makes a highly trainable dog, which is the case for Berners. Because this dog can grow up to 100 pounds, they need to have obedience training and early socialization so that they grow to be a well-rounded dog.

As mentioned earlier, Berners are slow to mature and may act like a pup for some time. To make training sessions short and effective, you need to use positive reinforcement techniques, such as food rewards and praises. They are sensitive and have a soft personality, harsh punishments won’t help, it will just worsen the situation. 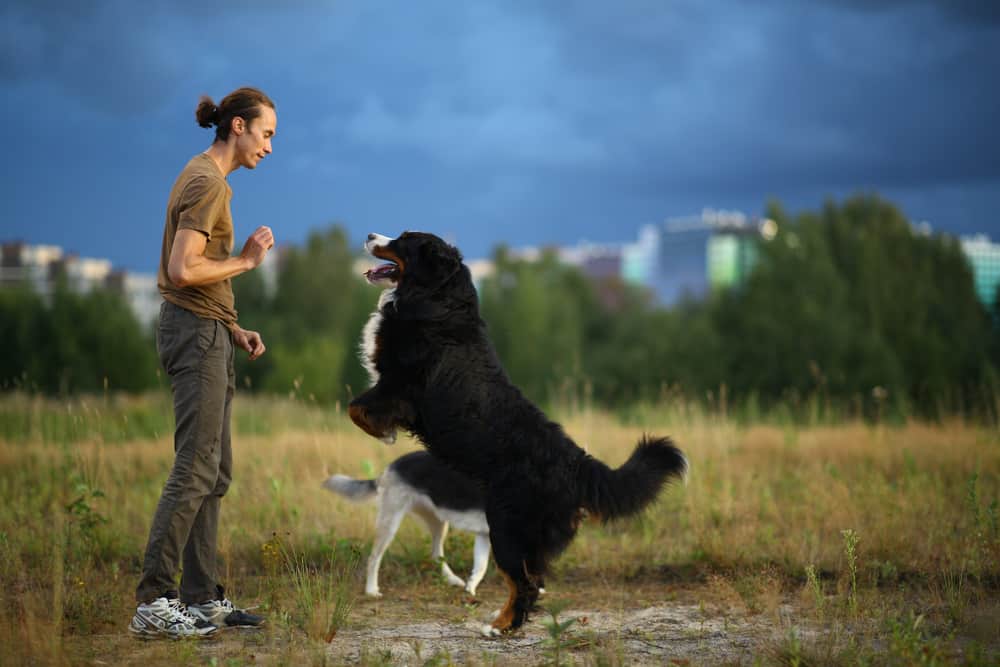 Gentle with children, calm, friendly, and affectionate – Berners makes an excellent family companion for children, adults, and elders. They adore children and maybe a little goofy when playing with their family. With Berners, there are no bad days!

A well-trained and socialized Berners will greet your visitors warmly and will be kind and careful with other animals in the house.

However, due to their large size, they may accidentally knock over small children, so make sure to be on the lookout especially when they’re playing. 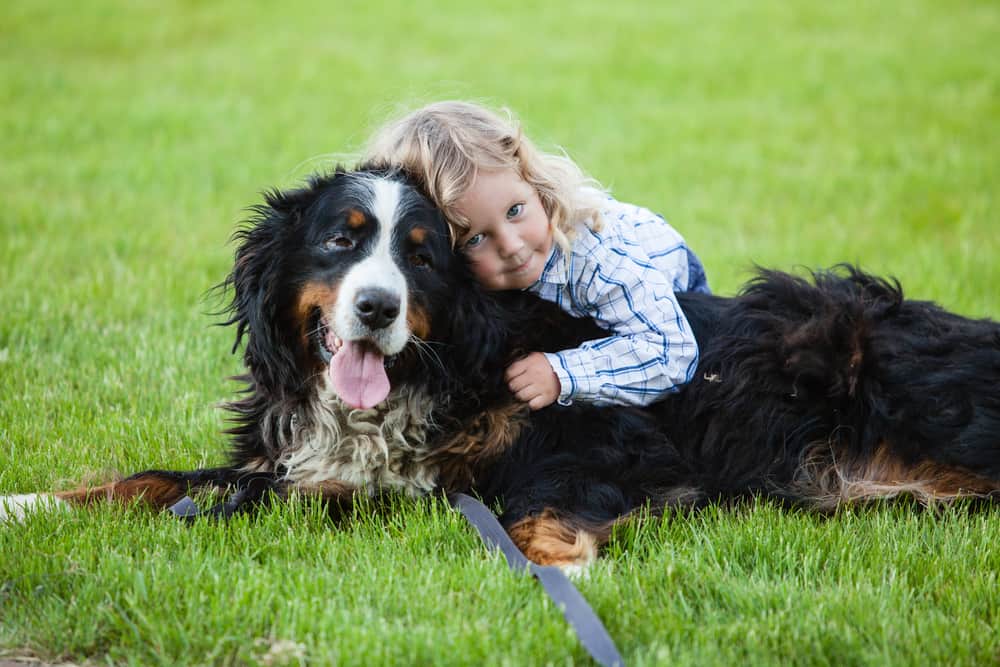 The Berner isn’t a good choice for condos and apartment dwellers. They are large and highly energetic, which means they would need a large, fenced yard to burn off their energies. Aside from shedding, they also drool, making them not suitable for neat freaks as well.

Being great watchdogs, expect Berners to bark loudly. Keep that in mind if you live in a house with noise restrictions. This breed is an indoor dog, therefore should not be kept outside or at the kennel. Berners thrive when surrounded by their human family. 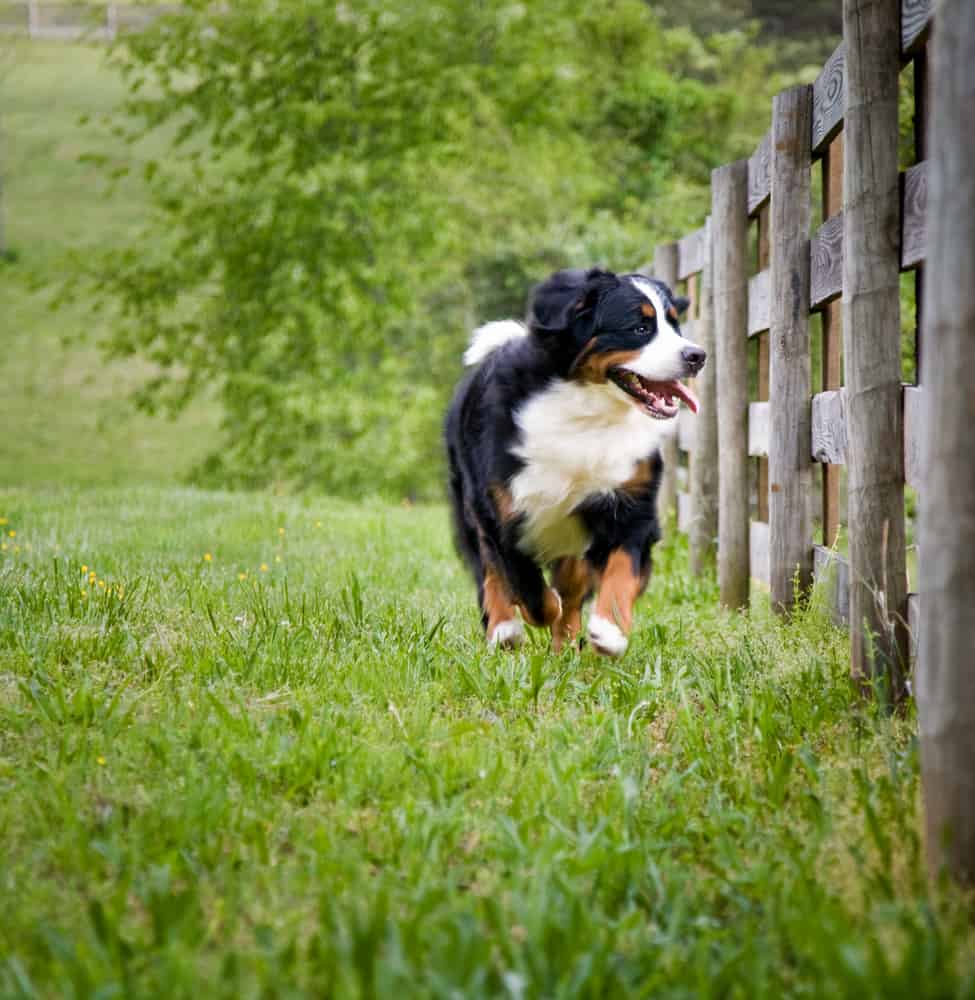 If left alone for long periods of time, expect Berners to develop destructive behaviors, such as excessive barking, chewing, and digging. To avoid this, give him the time and affection that he needs. When you need to go out for a short time, provide him with toys to keep his mind busy while you’re gone.

Aside from having a small gene pool, Berners may also suffer from several health conditions due to irresponsible breeding. While they may not develop all the genetic diseases and health issues, it’s still essential to know about them.

To prolong your Berner’s life, it is important to have regular check-ups with the veterinarian. 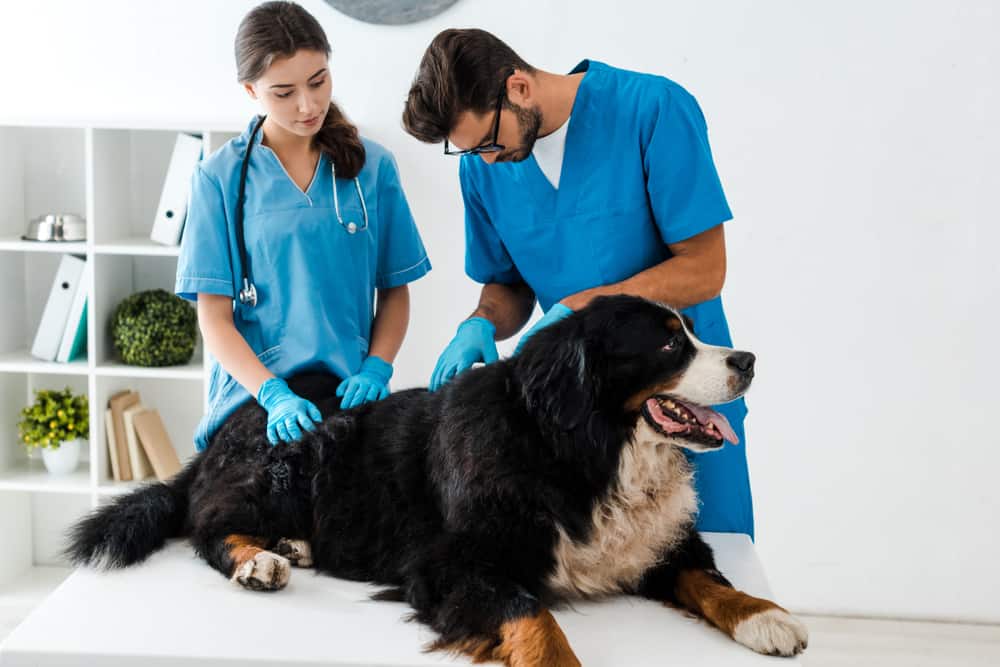