Can the world’s fastest animal out-manoeuvre the leopard? Tell us which of these big boys you think would be the medalist in a pound to pound fight in the comment section below.

The leopard also called the panther, is a member of the large cat family known for its golden and spotted body. Their dark spots are similar to the rosettes of a jaguar, though lacking the central spot. The color within the rosettes is sometimes a darker yellow, with varying spaces and sizes over most of their body. A black form with solid color all through its body is a melanistic panther known as a black panther. 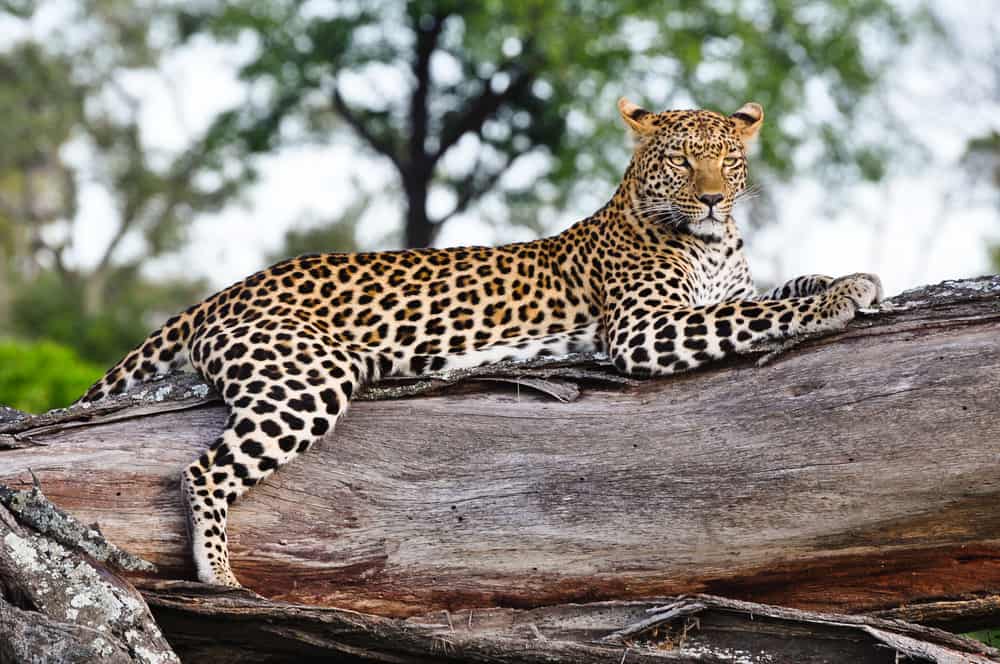 The cheetah has a long, slender body covered with unique, clear dark spots scattered across their tan coats. They got their name from the Sanskrit word chitraka which means ‘the spotted one’. They have long legs, blunt semi-retractable claws, and a flexible spine hence their ability to sprint. Cheetahs have distinctive black tear stripes running from the eyes to the mouth which are believed to protect their eyes from the sun’s glare. 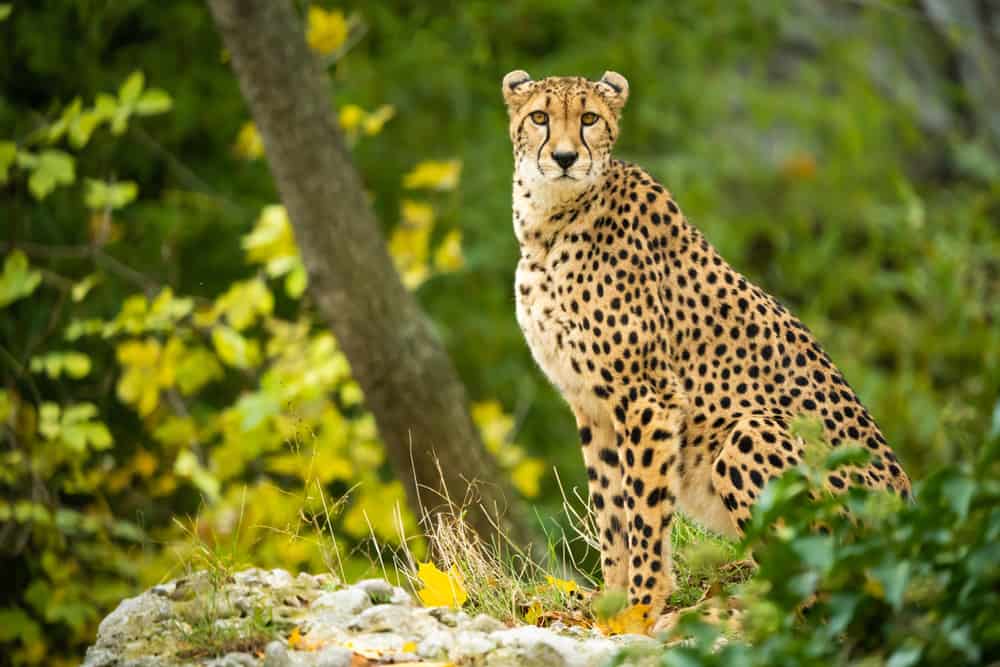 Leopards can grow up to 84 inches in body length excluding a 90cm long tail, and 60 to 70cm shoulder height. Some can grow even larger. Their body weight is approximately 110 to 200 pounds. 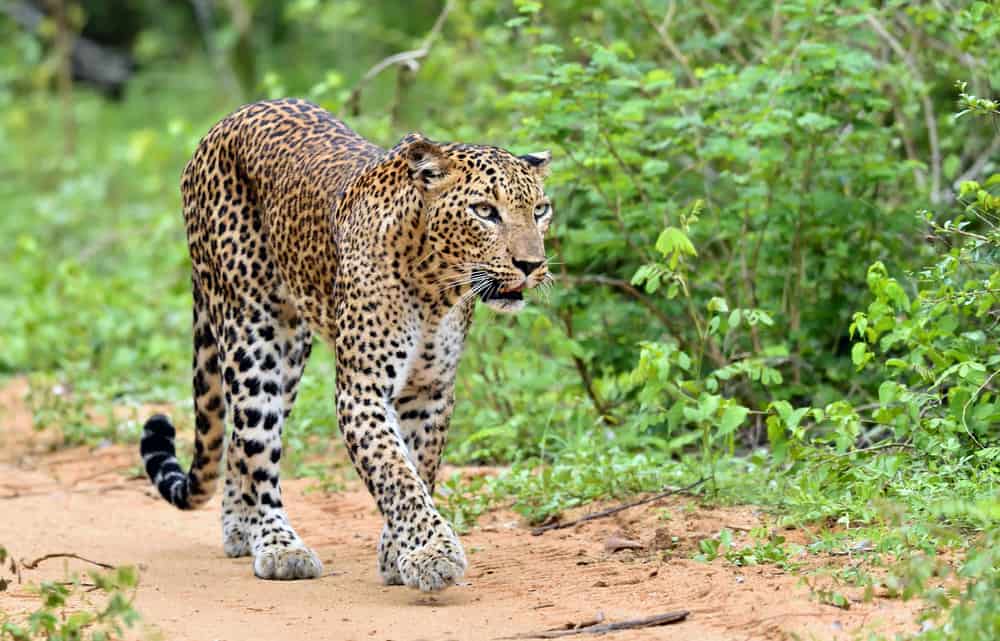 Cheetahs, on the other hand, can grow up to 56 inches in body length with a tail that is approximately 33 inches (80cm), and 77cm (30 inches) shoulder height being slightly taller than a German Shepherd whose height is 25 inches. Their average weight is between 75 to 143 inches with the male cheetahs generally larger than the females. 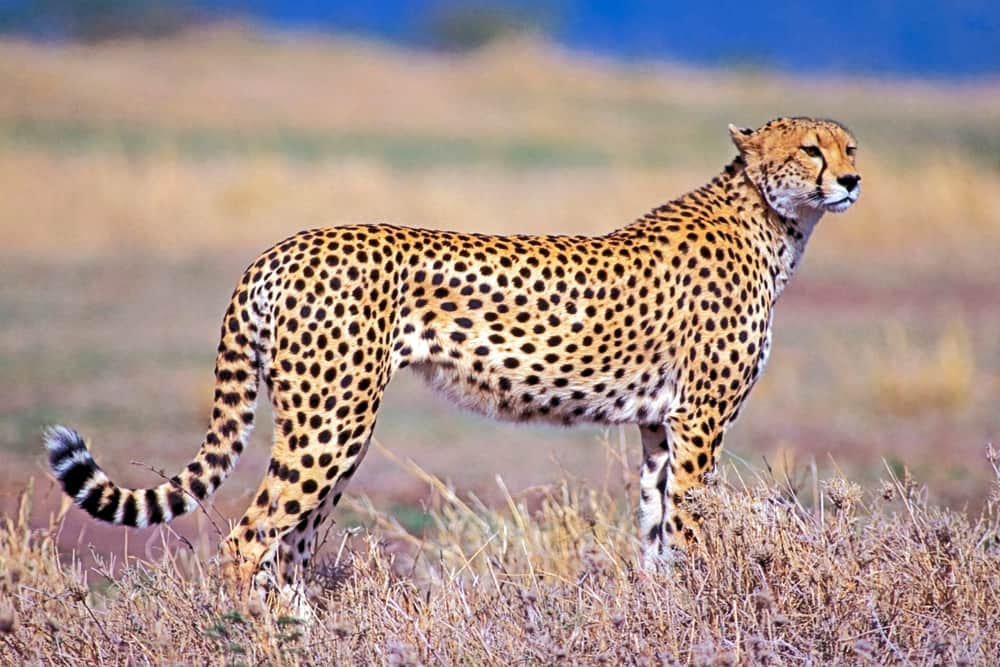 The average typical lifespan of these leopards is approximated to be 12 to 17 years in the wild while cheetahs have an average age span of 10 to 12 years in the wild but can live up to 20 years or longer in captivity.

Most cheetahs are found in the grasslands of eastern, southwestern, and central Africa. A rather small population lives in Iran, though critically endangered. They roam in dry forests, grasslands, open plains, and desert regions as they do not need much water to survive. 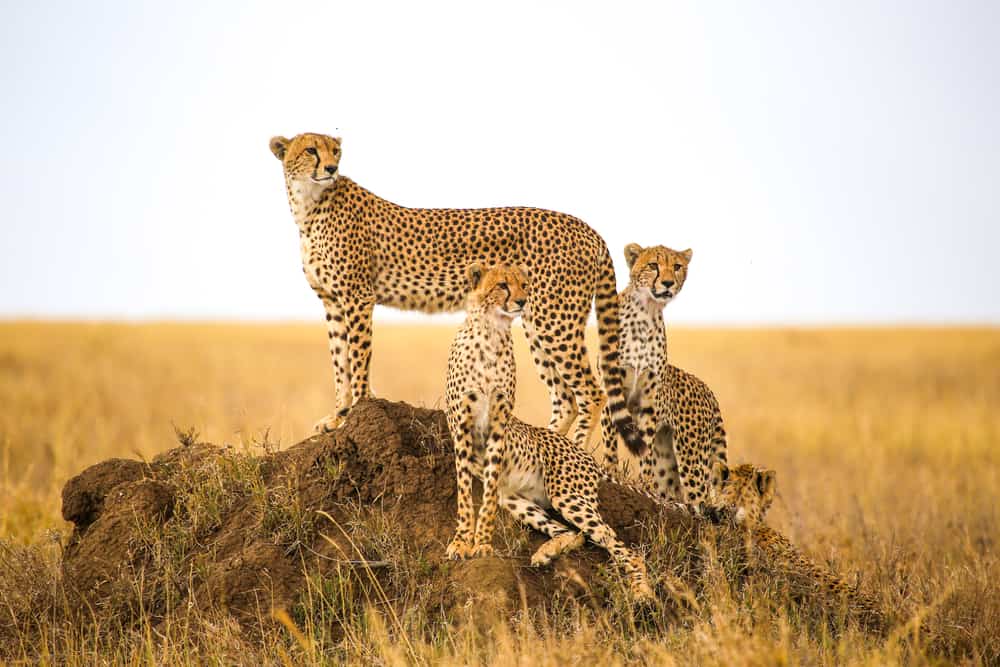 Unlike cheetahs, leopards are distributed over quite a big range. They are found mostly in Africa occupying south of the Sahara, north and northeast Africa, and Asia in Malaysia, India, China, Korea, and the Soviet Union. 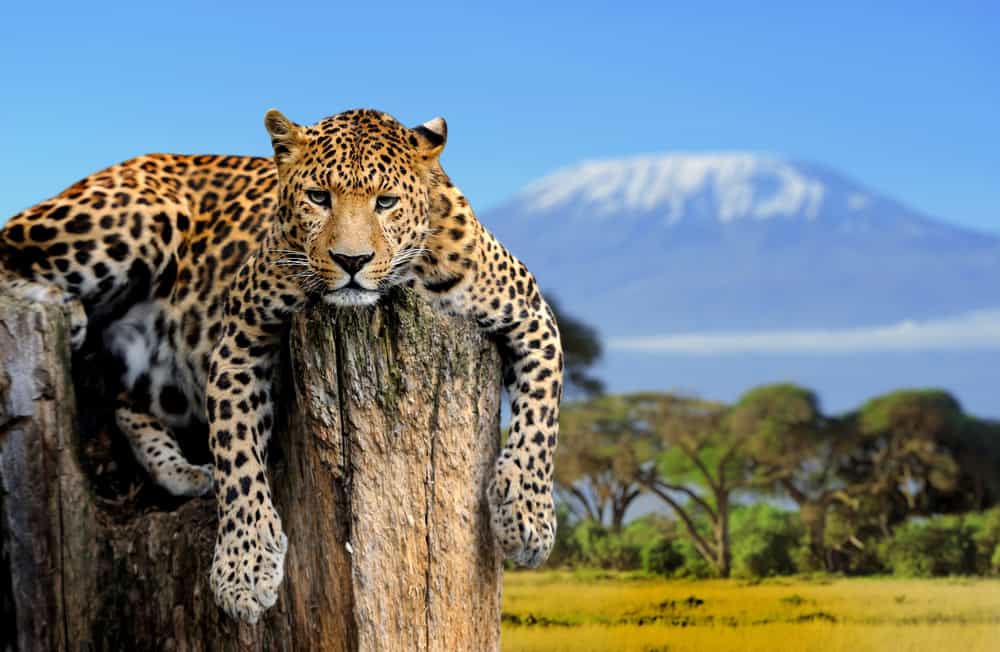 Though solitary and silent, leopards do make incredible sounds. They can let out a roar, though not as distinct as a lion’s, a growl, snarl, hiss, spit, and purr. Purrs and meows, resembling domestic cats, are made during feeding or between a mother and her cubs. Mother leopards can make threatening hisses as well to indicate to their young to take cover against arising danger.

Cheetahs can make an “explosive yelp” that can be heard from 2km away. Chirps are made between a mother and her cubs. Cheetah purrs and growls signify contentment. Other vocalizations such as moans, growls, spitting, and hisses are made when in distress or combative situations. As a potential threat escalates, they would crouch and produce moaning sounds that are succeeded by growls and finally, spitting sounds accompanied by vigorous stomping on the ground with the front paws. Hisses come after the paw-hit demeanor.

Mating leopards would often seek out secluded places such as a drainage line or thicket. Copulation occurs several times as the male’s sperms are weak. The male would bite the females at the nape of their necks and the act often ends with the female leopard snarling menacingly at the male. Studies suggest that the pain inflicted during the male’s withdrawal is what stimulates the onset of ovulation. Once mating is successful, the leopardess carries her young in the womb for 90 to 100 days. 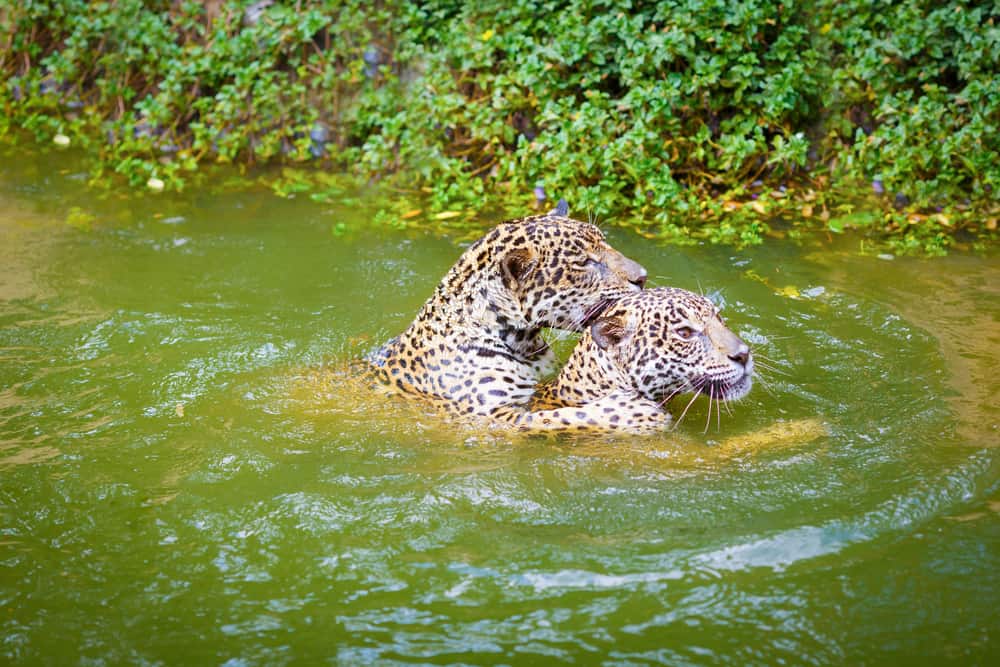 Female cheetahs deliberately urinate near males to attract a mate. The male would then pick up the scent and call out the receptive females with a series of yelps. Receptivity can last as long as 14days, mating three to five times a day. Successful mating is succeeded by a gestation period of 92-95 days. 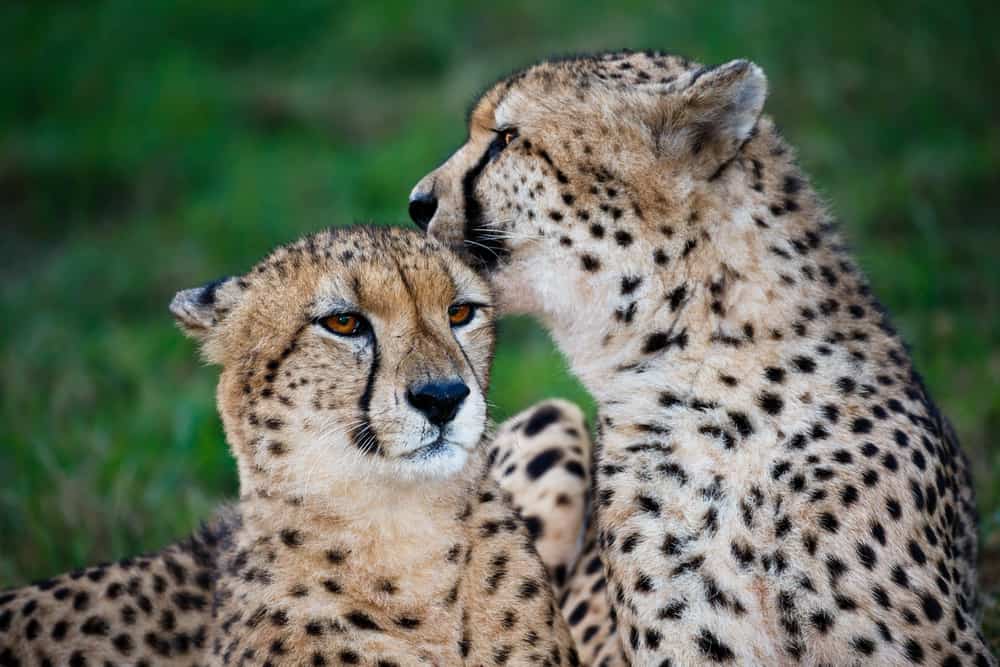 Leopards are not picky eaters. They are famous for being nocturnal and will prey on anything that comes across their path, from cheetah cubs, antelopes, monkeys, warthogs, large birds, amphibians, and fish too as they are good swimmers. 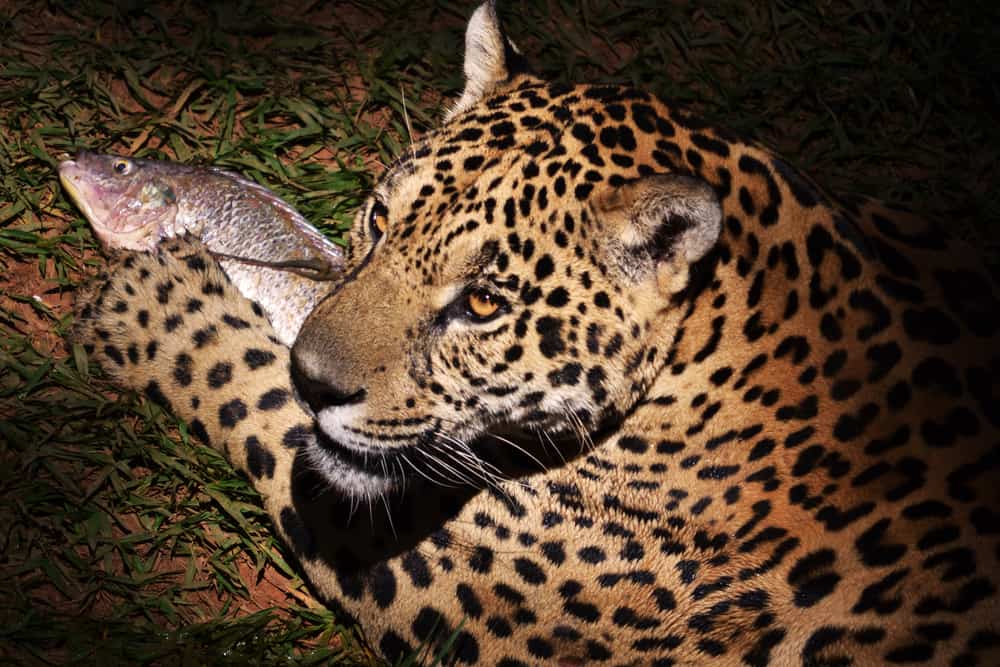 Similarly, cheetahs can prey on antelopes, gazelles, impalas, hares, birds, and rodents particularly preferring equally fast animals. One that can almost match their speed. Moreover, they are unique compared to most cats as they hunt either in the early morning or late evening. 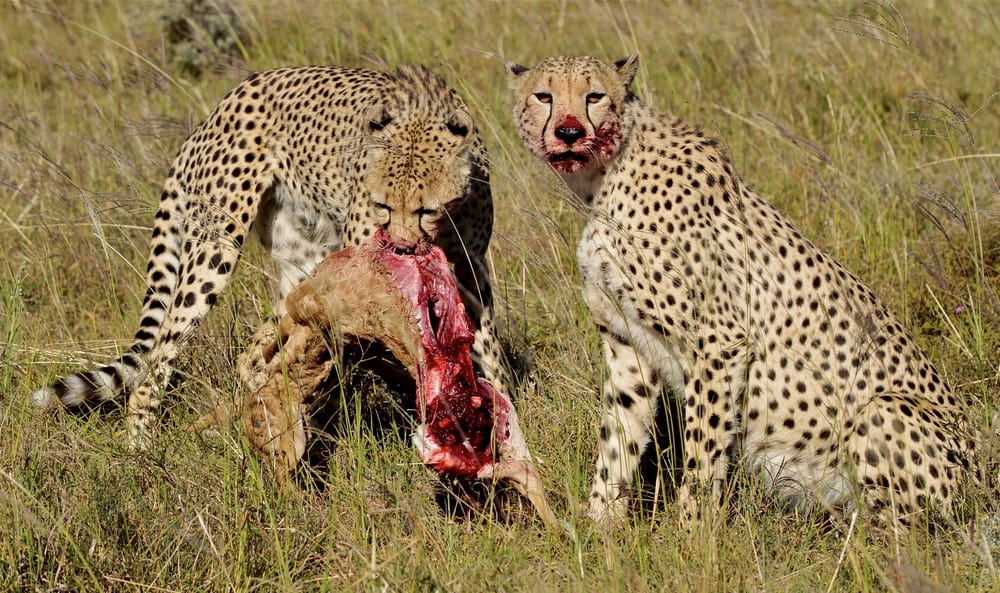 The speed of a leopard is 58km/hr. which is no match for a sprinting cheetah who is at 100km/hr., double the speed of the world’s fastest Olympic runner, 44 km/hr. However, with a maximum speed of 200km/hr. the cheetah will not be able to last long since it will be difficult to maintain balance. Due to this, they prefer catching their prey in the first 30 seconds of the chase. 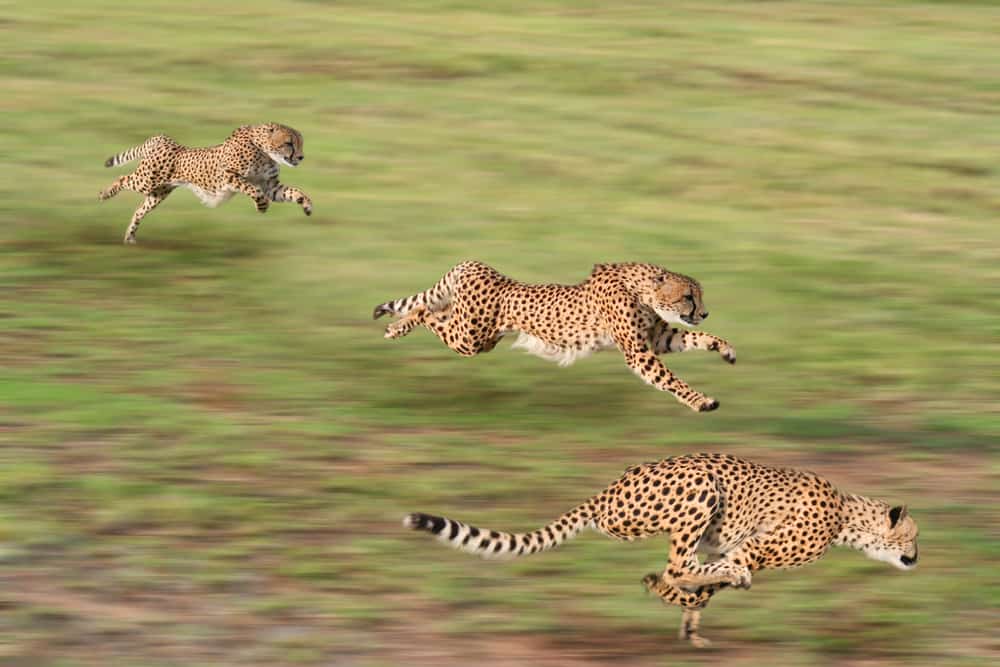 While attacking, leopards scooch low to sneak up on their prey and then pounce on it before it has time to react hence their name ambush predators. With their strong bite, they kill their prey by breaking its neck and use their long sharp claws to hold the prey. They often haul their kills on tree branches to keep their meals safe from scavengers like hyenas. They can also hunt from trees where their spotted coats blend with the leaves until they spring with a deadly pounce. 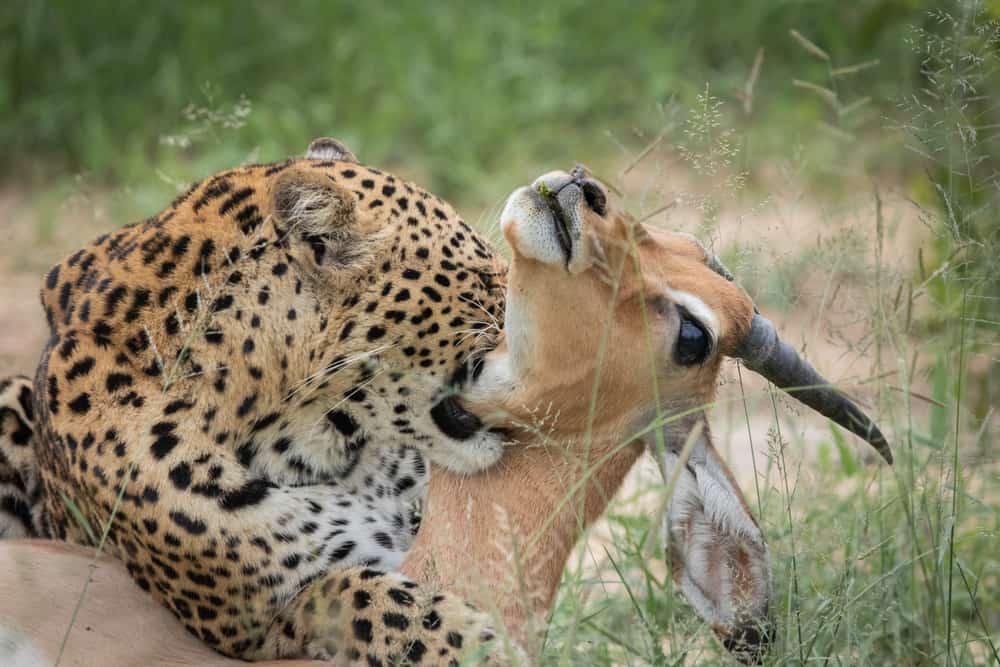 Cheetahs first detect their prey, stalk, chase, and eventually trip them, killing them through a suffocation bite to the throat. They occasionally climb on short branches or termite mounds to get an optimal point for spotting their prey against the horizon. 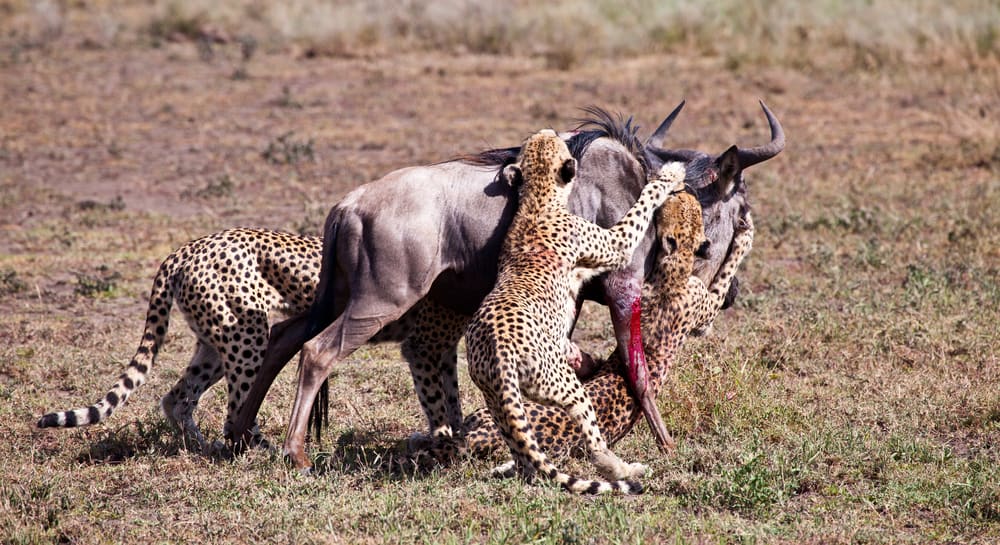 Leopards are solitary creatures with the exemption being a mother and her cubs. They mark their territories with scratches on trees or urine which leaves a scent to point out their regions to other incoming leopards. Even though lone rangers, leopards will not hesitate to defend their territories in case of an adversary. 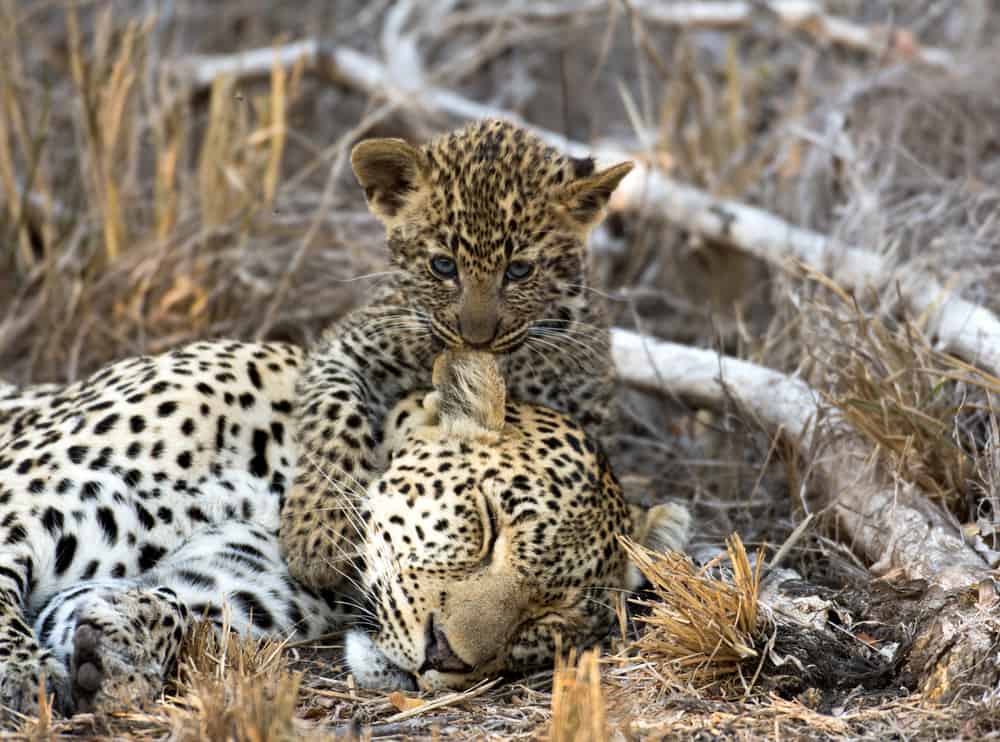 On the contrary, related male cheetahs live in coalitions and use their numbers to defend their territories and increase their hunting prowess. Female cheetahs will roam in from one coalition to another and only settle where food is adequate or to raise their cubs. 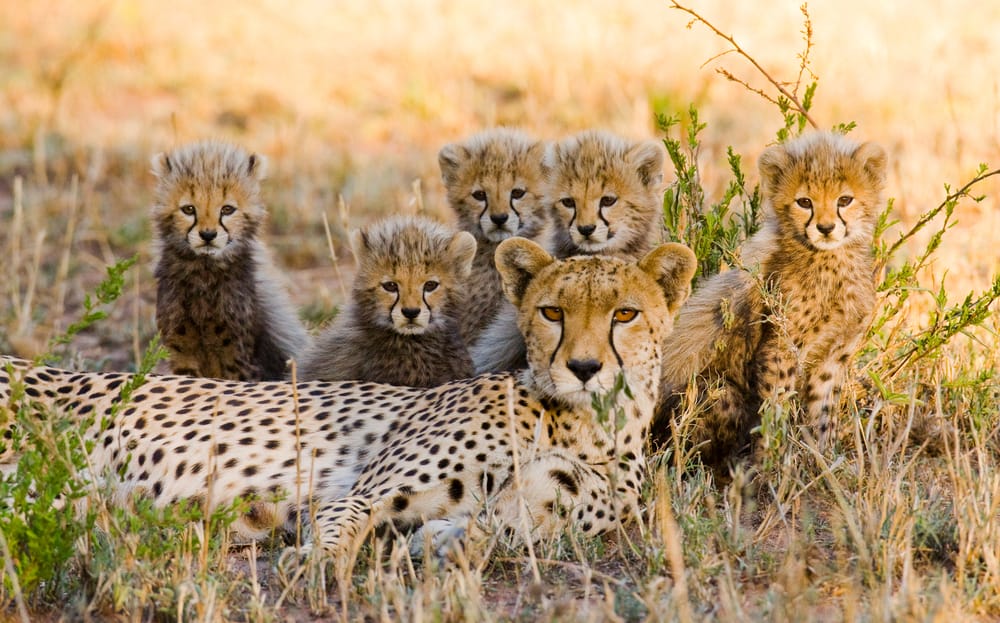 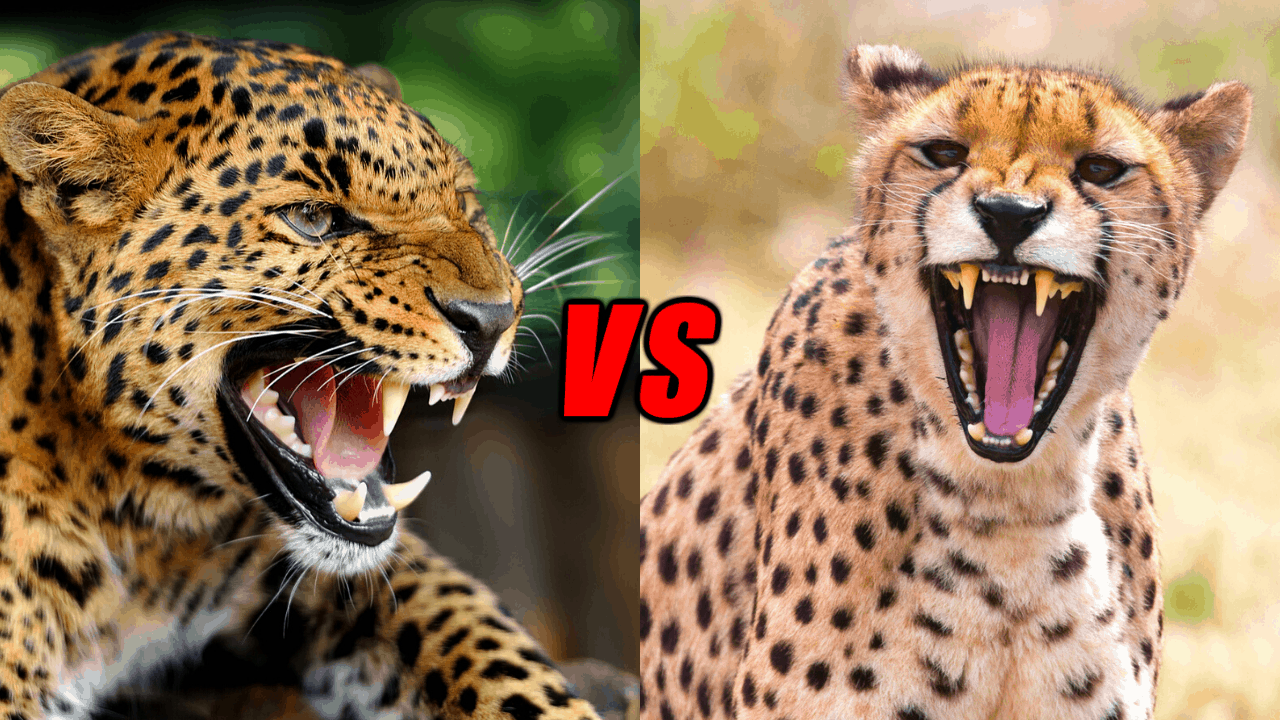 It is beyond doubt that these two species have met head to head since they cover the same ground and hunt similar prey.

In a pound to pound fight, the leopard will use his advantageous bulky weight to hold down the cheetah. However, with a resilient opponent, it will take quite a tremendous amount of effort as the cheetah will try to bite the leopard to keep him off.

Eventually, the cheetah becomes exhausted and one last ambush closes the match as the leopard bites him by the throat and uses its long claws to pin him down for good. The cheetah suffocates to death and the leopard drags his prize to his nest in satisfaction.